Over the past six months, Denice “The Menace Fairtex” Zamboanga has arguably become ONE Championship’s fastest-rising star.

The undefeated Filipina debuted in December 2019, and she has quickly established herself as one of the best female atomweight mixed martial artists on the planet.

She is fierce in the Circle, but she does not take herself too seriously outside of it. That combination of skill and likability has earned her plenty of fans all around the world.

Here are four reasons why Zamboanga has become a global sensation in such a short amount of time.

“The Menace Fairtex” kicked off her ONE Championship career with a decision win over the highly-touted Jihin “Shadow Cat” Radzuan at ONE: MARK OF GREATNESS in the Malaysian’s home country last December.

Then, at ONE: KING OF THE JUNGLE in Singapore this past February, she definitively earned the top contender’s spot when she claimed a mammoth unanimous decision victory over two-time ONE World Title challenger Mei “V.V.” Yamaguchi.

In the span of three months, she went from relative unknown to “Unstoppable” Angela Lee’s next opponent for the ONE Women’s Atomweight World Championship.

Got some cage work in, thank you for the awesome class champ @dj_actionjackson ????????

What people could view from the outside as an overnight success is actually the result of Zamboanga’s fearlessness and determination.

The Filipina started her martial arts journey under her brother Drex’s guidance at the age of 17. She had success in karate competitions, but a devastating loss threatened to derail her burgeoning career.

However, the Quezon City native used it as fuel for her fire and vowed to never lose again. With her perfect 7-0 slate in mixed martial arts, she has kept up her end of the bargain.

Good luck my girl on your fight tom night! Hope all your hard work pays off! Fighting! ❤️

Zamboanga tightens up her skills at the famous Fairtex Training Center in Pattaya, Thailand, and her best training partner is ONE Atomweight Muay Thai World Champion, Stamp Fairtex.

With Stamp actively pursuing her mixed martial arts career in the same division, the pair are perfectly suited to prepare each other for their bouts on the global stage.

Steel sharpens steel and because of their training, both women have looked amazing inside the Circle.

Everyone has their vices — even elite martial artists. But “The Menace Fairtex” earns her treats with her hectic training schedule, and she is all about that doughnut life.

Nevertheless, it is clear that her hard work outweighs her sweet tooth because she is always in incredible shape when it comes to crunch time.

Finally, take a look at some of the best action shots from Zamboanga’s run in ONE Championship! 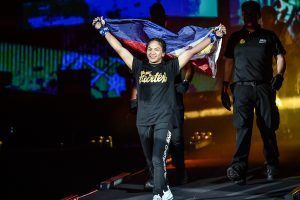 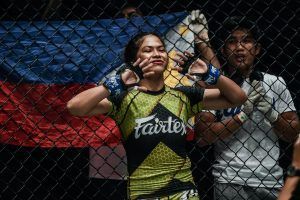 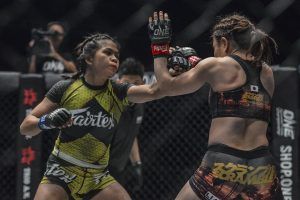 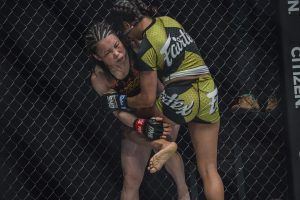 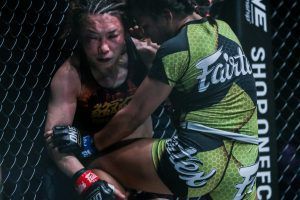 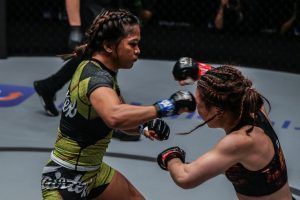 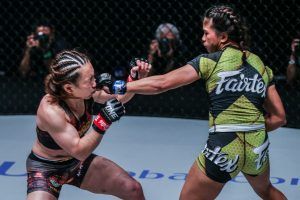 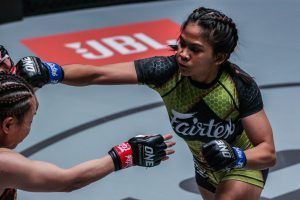 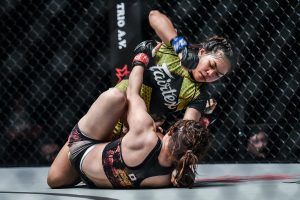 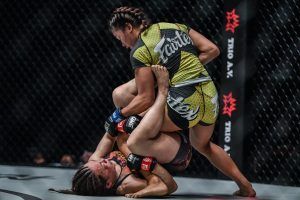 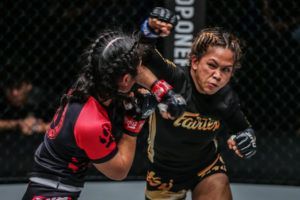 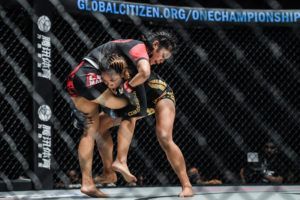 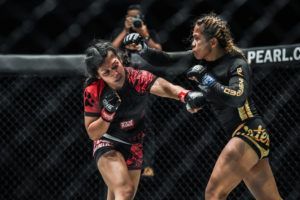