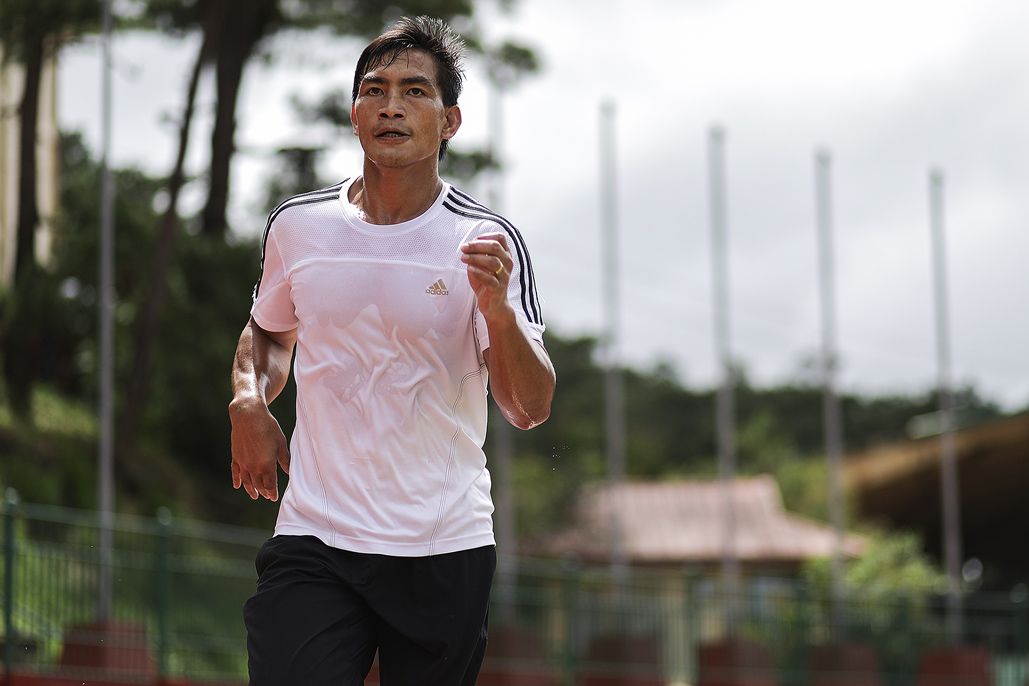 With the COVID-19 pandemic intensifying around the world, many governments have told businesses – including fitness centers and martial arts gyms – to close their doors for the next several weeks.

That has made it difficult for people to get their sweat on, but ONE Championship’s superstar athletes have continued to find ways to stay in shape by working out at home or outside in an open space (all while maintaining a safe distance from other people, of course).

Some of the martial artists are using training staples such as bodyweight exercises and shadowboxing in their routines, and a few warriors have also come up with some more creative ideas to stay fit.

Watch these 10 videos to see how the promotion’s leading stars are staying active in the comfort of their own homes.

Reigning ONE Bantamweight World Champion Bibiano “The Flash” Fernandes has created a home gym in his spare room.

The Brazilian is doing strength work alongside his core stability and mobility training to ensure that he is finely-tuned in all areas.

Hey everyone ???? Happy Tuesday! More and more people are taking precautions against the Coronavirus by practicing social distancing and staying at home. I thought I'd share a quick workout that you can do just about anywhere with zero equipment! Feel free to modify it as needed by adding or minusing reps! ???????? *Special thanks to one of my students, Angelina Calpito for requesting a home workout! I gotchu girl! ???? @angelinacalpito @unitedmmahawaii @onechampionship @venum @beachbody.gear 10 Air squats + 10 second air squat hold 10 Jump lunges (each side) 20 Mountain climbers 10 Strict push ups 10 Alternating plank push ups 10 Toe touch v-ups 10 Leg raises 10 Flutter kicks 10 Russian twists

ONE Women’s Atomweight World Champion “Unstoppable” Angela Lee offers up a workout to her fans that they can do anywhere and with no equipment necessary.

The cute dog, however, is optional.

It is amazing what you can achieve with a little bit of ingenuity.

Former ONE Bantamweight World Champion Kevin “The Silencer” Belingon found a way to work up a sweat in his back garden using just a water bottle and a bench.

“Make the most out of what you have.” Stay fit and healthy specially this pandemic times. U can create your own training program,u just need a strong will. #resourcefulness #martialarts #training #conditioning

Former ONE Lightweight World Champion Eduard “Landslide” Folayang is maintaining his impressive physique while keeping his distance from others at the local sports ground.

However, you may have to start out with a smaller hammer to do his exercise.

Quarantined with no equipment? That’s no problem, according to four-time Muay Thai and Kickboxing World Champion Alain “The Panther” Ngalani.

The Hong Kong hulk is known for his inventive workouts, and he offers a few simple exercises for anybody to do in their own house.

The Malaysian is still enjoying his workouts, despite not being able to train in Muay Thai.

Not everyone will have a multi-purpose punching bag lying around like Shannon “OneShin” Wiratchai.

However, the Thai mixed martial arts pioneer uses it to show fans his impressive striking repertoire.

ONE Flyweight Kickboxing World Champion Ilias Ennahachi only needed his local park and a bit of imagination to fashion this fully-body conditioning workout.

He makes the most of this wooden bench to keep himself in shape in the forced off-season.

Ever wanted to be punched by your favorite ONE athletes?

Well, former ONE Strawweight World Champion Yosuke “The Ninja” Saruta lets you come close to it without actually taking a shot in his boxing defense video.

Igniting the fighting spirit: The world is going through a very dark time with the Corona virus pandemic. It's our responsibility to fight this and we have to fight this together. Be brave, be responsible and most importantly be compassionate to everyone. Together we can and together we shall. Someone rightly said " It''s tough to beat a human who never gives up" #keepfighting #nevergiveup #keephelping #covid19 #crisis #weshallrise #weshalldefeat #staysafe

In this clip, the Indian wrestling legend is practicing her striking skills by doing some shadowboxing.