Anne “Ninja” Line Hogstad believes she has the skill set needed to halt Janet “JT” Todd’s momentum and earn her own shot at the ONE Atomweight Muay Thai World Title.

There will be a lot at stake for the Norwegian sensation when she returns for her second ONE Super Series Muay Thai battle at “ONE on TNT II” this coming Wednesday, 14 April, and she wants to show the world that she’s up to the task.

“[Todd] is strong and she’s good, but I also feel that I am strong. I think that this is a good match for me, and it’s going to be a war when we step in [the Circle],” Hogstad says.

Based on her debut performance — a decision win over Alma Juniku in a three-round thriller at ONE: FIRE & FURY — Hogstad’s skills and ability to entertain the masses can’t be denied.

And following that victory over the #4-ranked contender, “Ninja” is even more confident that she can rise to the top.

“The win over Alma was huge. She’s a superstar. She was the ‘Fighter of the Year’ in Australia, so I feel that was a big win for me,” Hogstad says.

“It was good to have that as my first fight in ONE Championship. I don’t know if you can describe [that feeling of winning]. It is awesome. It’s the best feeling in the world.”

Coming from a nation where professional Muay Thai is not currently permitted, the 33-year-old Oslo resident has already surpassed expectations, but that makes her even more committed to succeeding on the biggest platform for martial arts in the world.

Her first win was a big statement. However, if she could take out ONE Atomweight Kickboxing World Champion Todd and go on to compete for the gold, it would propel her to the next level, raise awareness for the sport in Norway, and potentially spur on the next generation of fighters in her homeland.

“It would mean everything in the world to me [to get the World Title shot], especially coming from a country where full Muay Thai rules are not allowed,” she says.

“Every time you are on new journeys, you meet new people and new people inspire you to do better. So, I always have that in my mind — to be inspired, train hard, and just see how far I can get now that I’m in ONE Championship.” 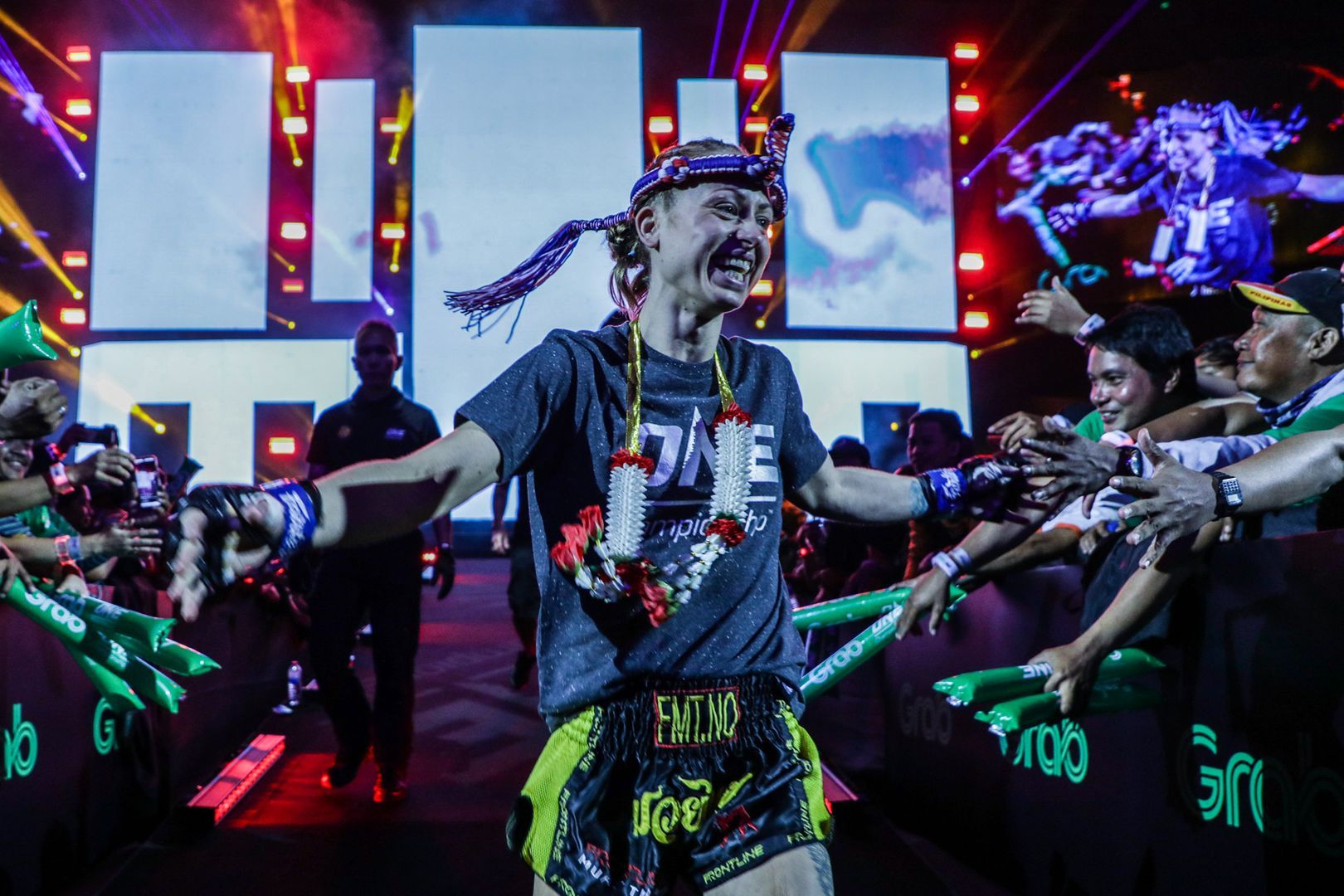 Still, Hogstad recognizes that a linear route straight to the top is not a given. “JT” is a formidable foe who is on the hunt for her second World Title in ONE.

The American has not lost since a close decision defeat to Stamp Fairtex in her ONE debut in February 2019 — which she avenged to win kickboxing gold — and she now has a run of five victories to her credit.

“Ninja” has kept a close eye on her upcoming rival because of her high status in the division, and while she knows Todd is dangerous, she doesn’t think she is unbeatable.

“I have seen her and I have studied her. Everybody has got holes that you can take [advantage of], so I rely on that. I managed to break down those holes,” she reveals.

“I think she has a great style. She’s fast and she’s an action fighter. Her biggest weapons are her fast hands and her high kicks. We’ve been working on that.” 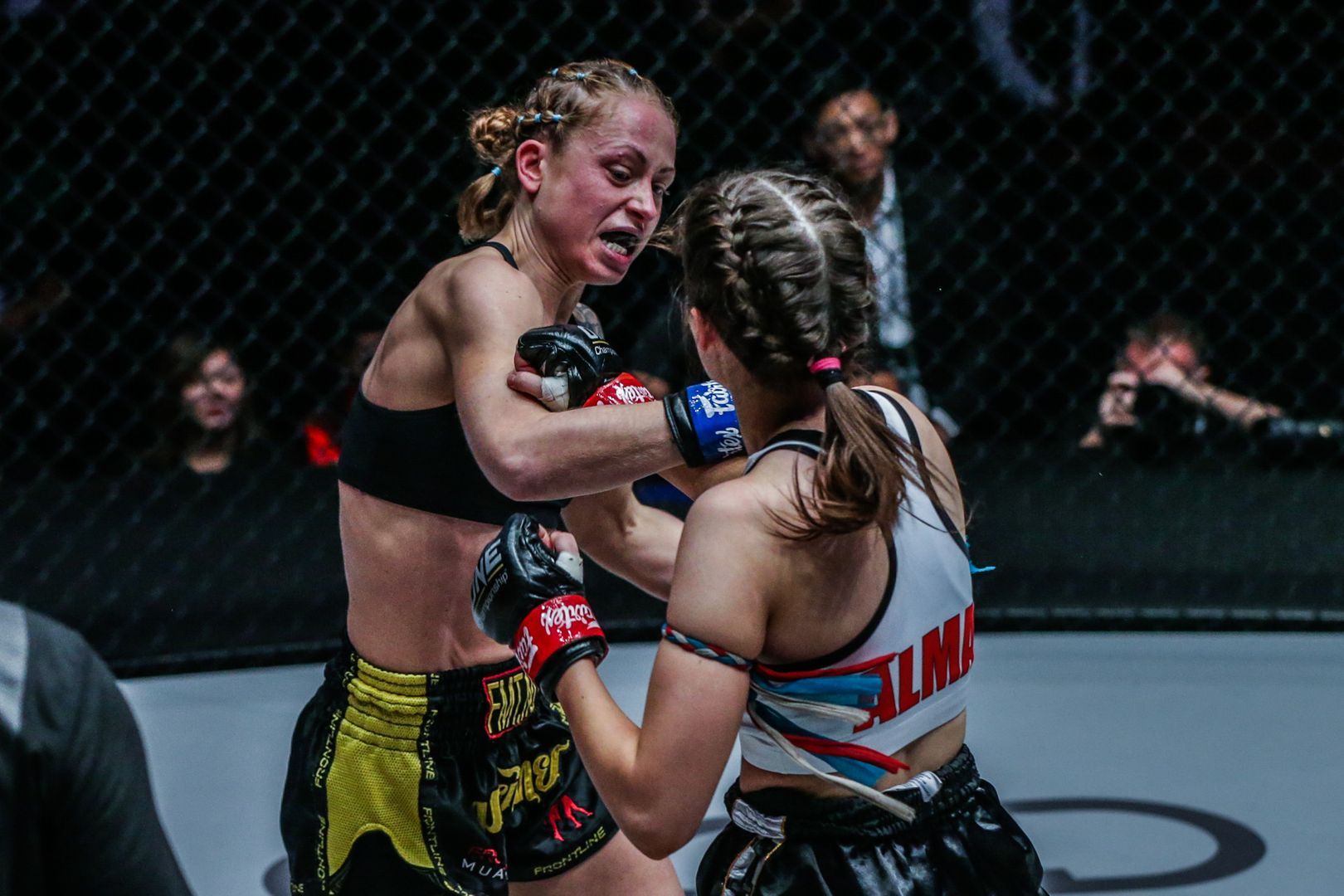 It’s clear Hogstad doesn’t want to give too much away, but her gut tells her that she can overcome the toughest test of her career when she stands across the Circle from the Boxing Works standout.

Sometimes fights can come down to the intangible things like confidence and self-belief, rather than skill alone. And while “Ninja” certainly has a world-class arsenal that she will bring to the battle, she is buoyed by the optimism inside of her that tells her she can score a momentous victory on 14 April.

“My biggest strengths are that I’m strong and fast, and I have very hard punches,” the #3-ranked atomweight contender says.

“You never know if you will win or lose, but if you have a good feeling, rely on that. You see something that makes you confident and think, ‘You know what? This is very doable.’

“I need to win over Janet Todd, and I really hope after that I will have a title shot in Muay Thai.”