Todd, who also came into this fight as the #2-ranked atomweight Muay Thai contender, defeated #3-ranked Anne “Ninja” Line Hogstad in the third round with a crushing liver shot at “ONE on TNT II” in Singapore on Wednesday, 14 April.

The matchup began with Hogstad controlling the center of the Circle as “JT” picked her shots from the outside, throwing a variety of high and low kicks while trying to sneak jabs and straight rights through her rival’s guard.

Hogstad tried to fire back, but Todd kept herself far enough away that those shots couldn’t land. Even when they occasionally found their mark, the American superstar mostly deflected and countered.

At one point, Todd hit Hogstad with a left hook and then used her left hand to pull down the Norwegian’s right arm and cut across with a left elbow, showing the superior skills that have made her one of the world’s best strikers. “JT” then got off to a furious start in the second frame. The ONE Atomweight Kickboxing World Champion stunned Hogstad with punching combinations that came at the Norwegian like unstoppable pistons.

Having to deal with Todd’s punches, Hogstad seemed lost on the outside but couldn’t find a way to close the distance either. When she tried, those attempts were met with long push kicks that Todd sent through her belly, nearly tickling Hogstad’s spine with her toes.

A left hook-right high kick combo from Todd threw Hogstad off-balance before the end of the second stanza, and it was becoming clear that “JT” was in complete control of the fight. 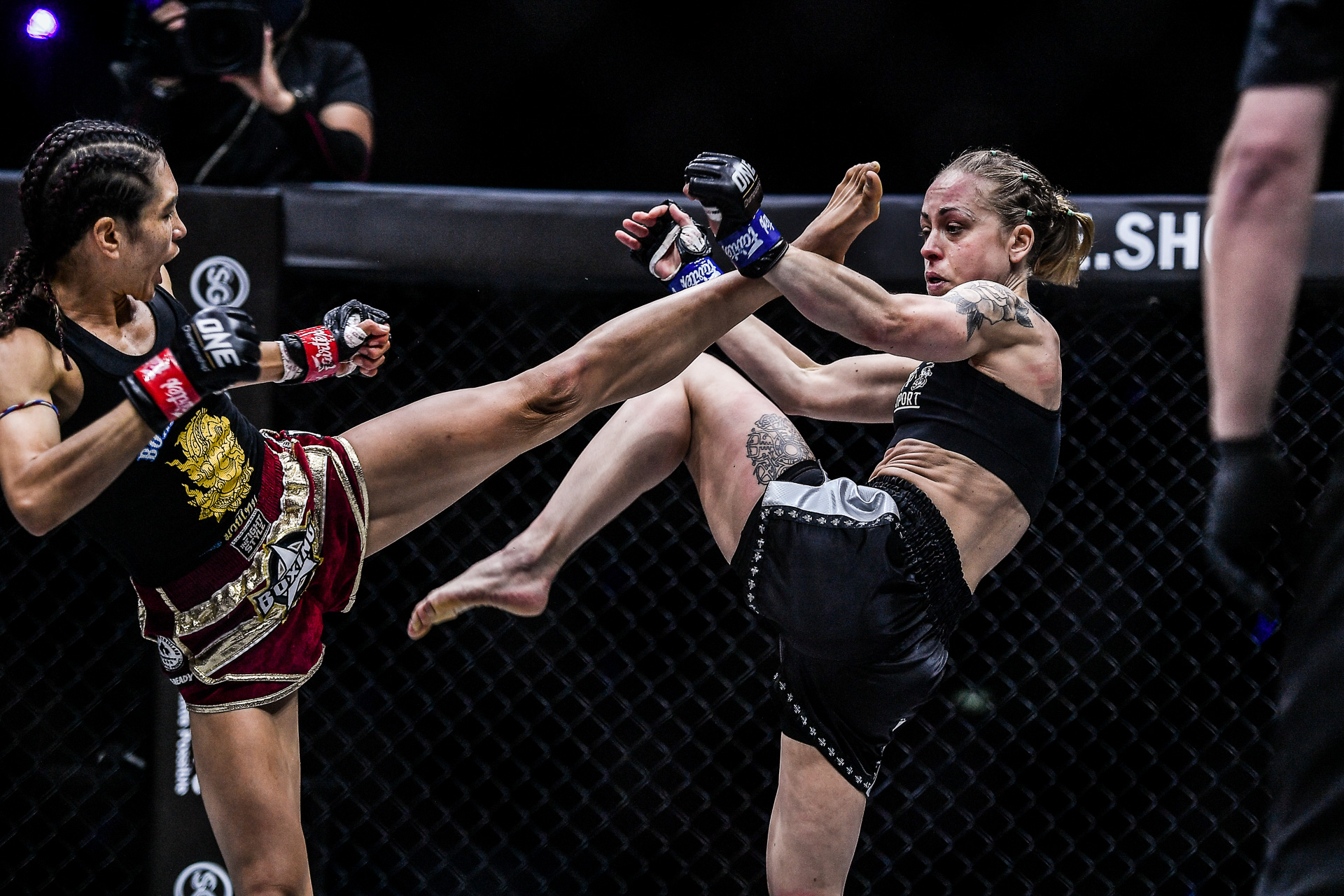 In the final canto, Hogstad came out with purpose, but her fury was short-lived. The Norwegian hopped in for a kick, but she was sent to the canvas courtesy of a stabbing push kick from Todd.

Once back on her feet, “Ninja” felt the wrath of Todd’s fury as the American pressed forward with punches in bunches.

And then it happened – Todd threw a jab at Hogstad that got her to raise her guard, and when “Ninja” did, “JT” launched a lead leg body kick into her rival’s liver. The woman from Norway dropped to her knees and couldn’t answer the count, giving Todd the TKO win at 1:36 of round three. The victory moved Todd’s record to 38-11 and further staked her claim to a shot at the ONE Atomweight Muay Thai World Title.