Why Rahul Raju Could Be India’s Next Martial Arts Superstar 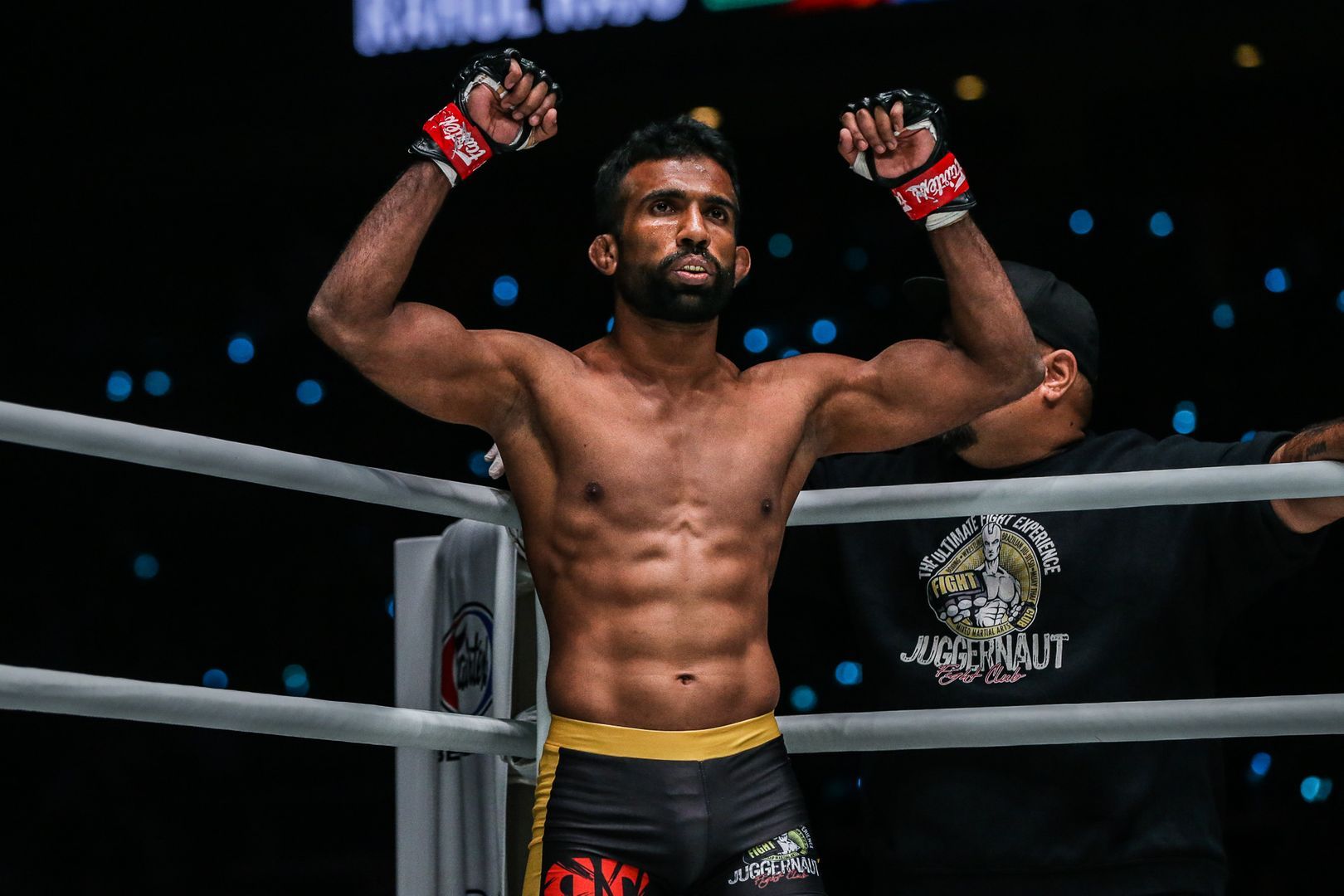 Following a breakout 2019, Rahul “The Kerala Krusher” Raju has set himself up to achieve great things, and his team believes he could become his homeland’s top star.

The Singapore-based Indian trains at Juggernaut Fight Club and the gym’s head coach, Arvind Lalwani, is confident that his student can continue his rise in ONE Championship.

He is not surprised that Raju has emerged as such a dangerous lightweight because of the promise he has shown in training since they first teamed up seven years ago. “I could see this guy had a pretty good physique and he was really tough,” says Lalwani.

“He was very raw, he would just come in and he would want to spar with people. He would take a beating but he would still be standing up and that was pretty impressive.

“We started training him to get him more technical and since he started to where he’s at right now, it’s been leaps and bounds. He’s still in the process of developing into a proper mixed martial artist, but at this point right now, we are happy with his progress and I think [if you] give him probably another year or so, he will be really, really hard to beat.”

Raju has proved his potential by looking better in every one of his bouts in the Circle.

Though he had a disappointing debut, he proved his grappling skills and tenacity by giving BJJ phenom Garry “The Lion Killer” Tonon the toughest test of his career so far and then pushed former ONE World Champion Honorio “The Rock” Banario to a decision despite taking the match on less than a week’s notice.

After that, the 28-year-old showed what he could do with a full training camp when he submitted both Richard “The Notorious” Corminal and Furqan “The Lion” Cheema.

That came as no surprise to the people who know Raju best. Though he has only practiced “the gentle art” for a few years, his constant pursuit of improvement has helped him to close the gap on his peers.

“Back then [against Tonon], he just turned a new [BJJ] purple belt and now he’s already a brown belt, so his development has been really fast,” Lalwani explains.

“Honestly, I think Rahul, in the next two years, will become a black belt. He’s already giving a lot of [black belts] problems and it’s hard to submit him.”

He adds that Raju has natural striking power, too, and he expects the KOs to come thick and fast as he continues to fine-tune his accuracy and technique at a gym that is known for specializing in striking.

Once he can tighten up his boxing, “The Kerala Krusher’s” trainers believe it will combine with his kung fu skills to make him a uniquely dangerous proposition on the feet.

However, the thing that makes Raju stand out to them is his warrior spirit, which has seen him take on tough challenges without a second thought and battle through some tough spots in the Circle.

“He has a really good heart and he’s got this attitude about him where it’s do or die, it’s all the way till the end,” Lalwani adds.

“He’s got a very good warrior spirit. You can’t train that, he just has developed that. As soon as he came into the gym, you knew he was a tough guy and right now, his confidence has grown and he’s got this really good spirit where he will fight till the end.”

That mentality is driving the Kerala native to challenge himself against the biggest and best names on the global stage and his coach believes he would give any of them a good match – especially a fellow resident of “The Lion City” who holds the record for the most KOs in ONE.

“One we are really looking at is Amir Khan. That would be a really good fight,” Lalwani adds.

“Amir is a great guy and he’s got some good skillsets and he’s predominantly a striker so that will be a good striker versus grappler [match].” 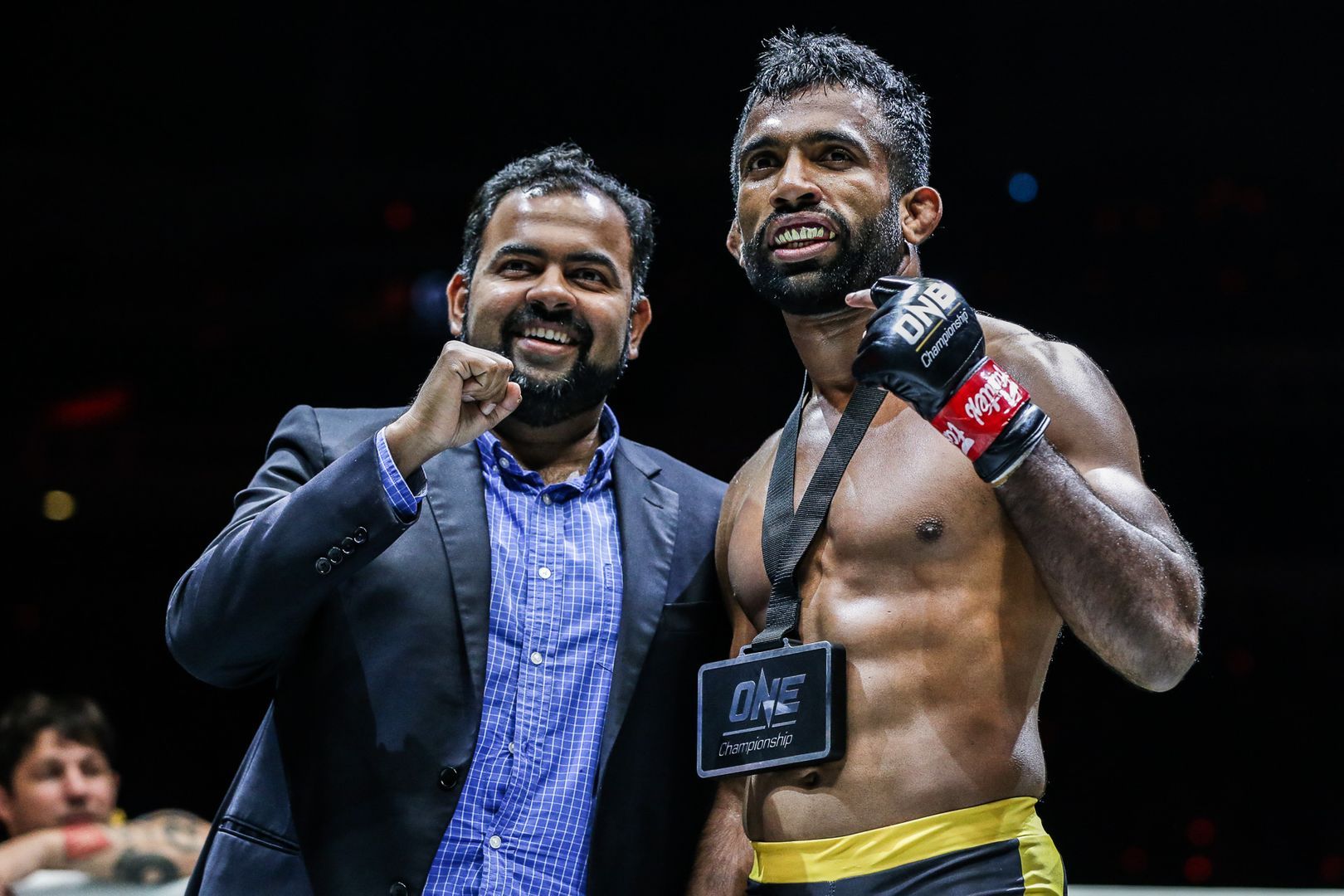 Another thing that the squad at Juggernaut is looking forward to is the chance for Raju to compete in his homeland.

Following the rise of stars like Ritu “The Indian Tigress” Phogat and Arjan “Singh” Bhullar on the global stage the appetite for mixed martial arts in India has surged, and Raju hopes to make his mark when the Circle arrives there.

He knows that might take a little while, but when it does, Lalwani says his student will be ready to steal the show.

“Initially, we were looking forward to Rahul fighting in his home country in India, but with the coronavirus and all that, that’s been a damper,” he says.

“We are still looking forward to that, just because we can showcase how good Rahul is. No disrespect to any of the other Indian fighters, but I think Rahul is pretty much the best Indian pro mixed martial artist out there right now.” 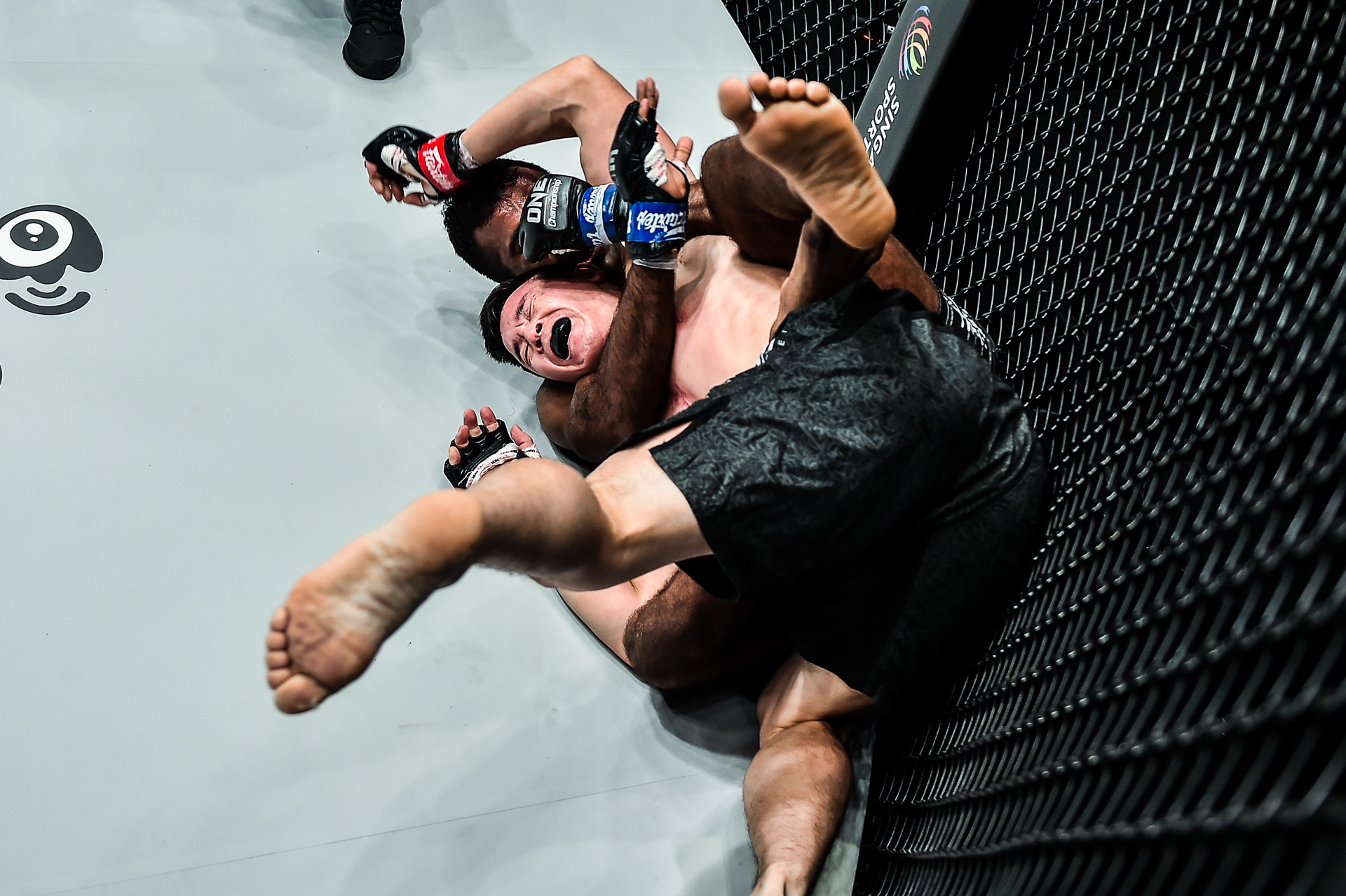 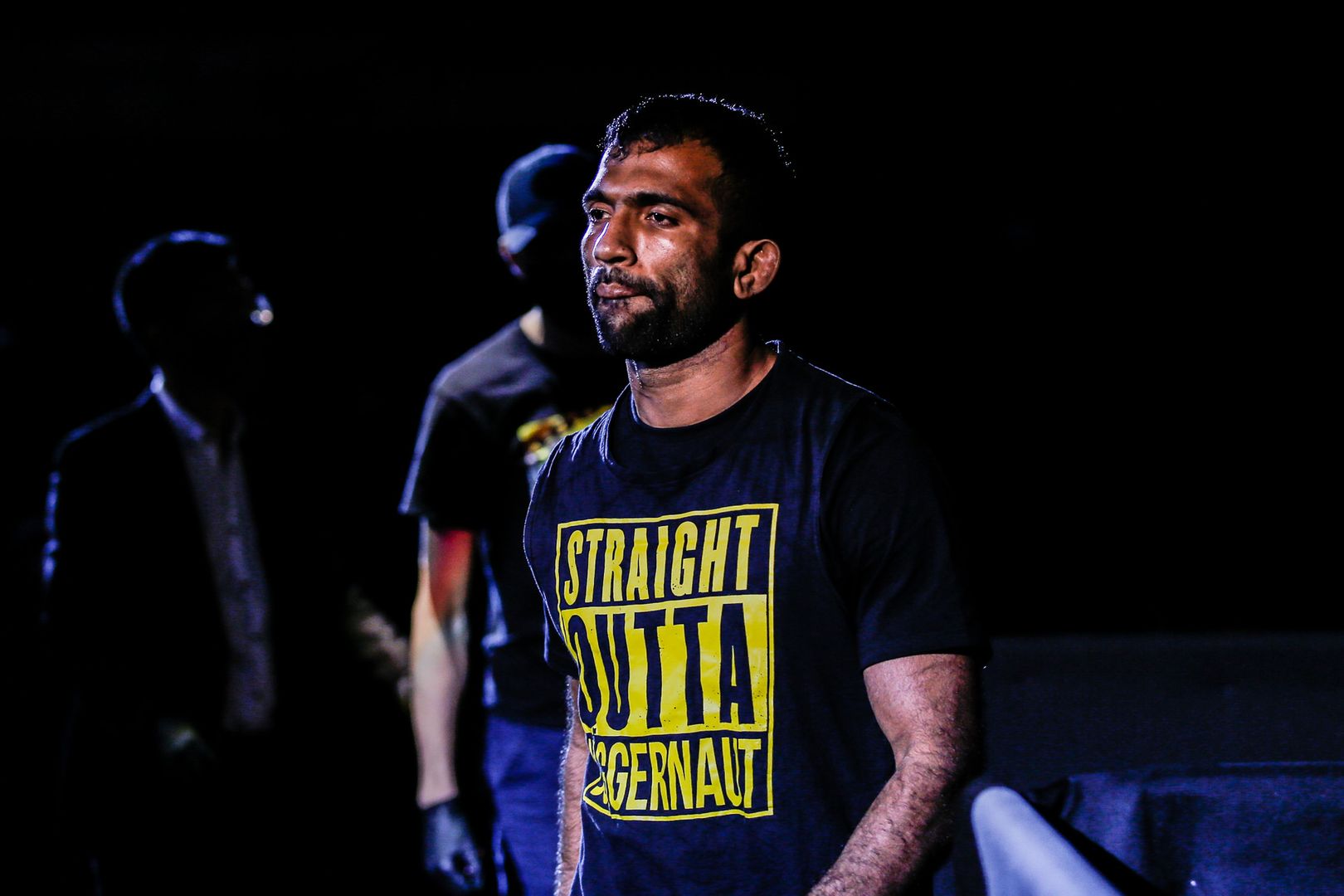 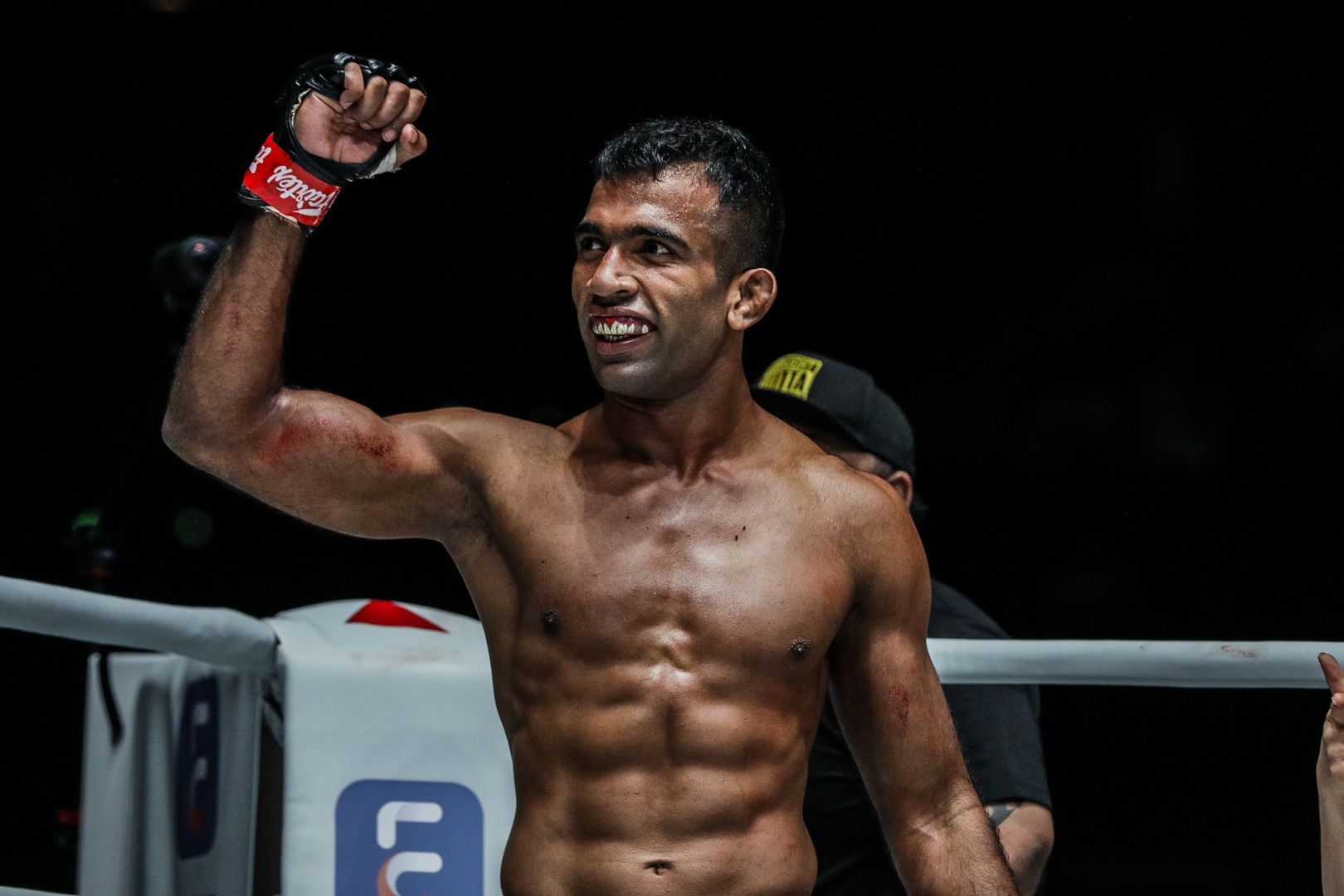 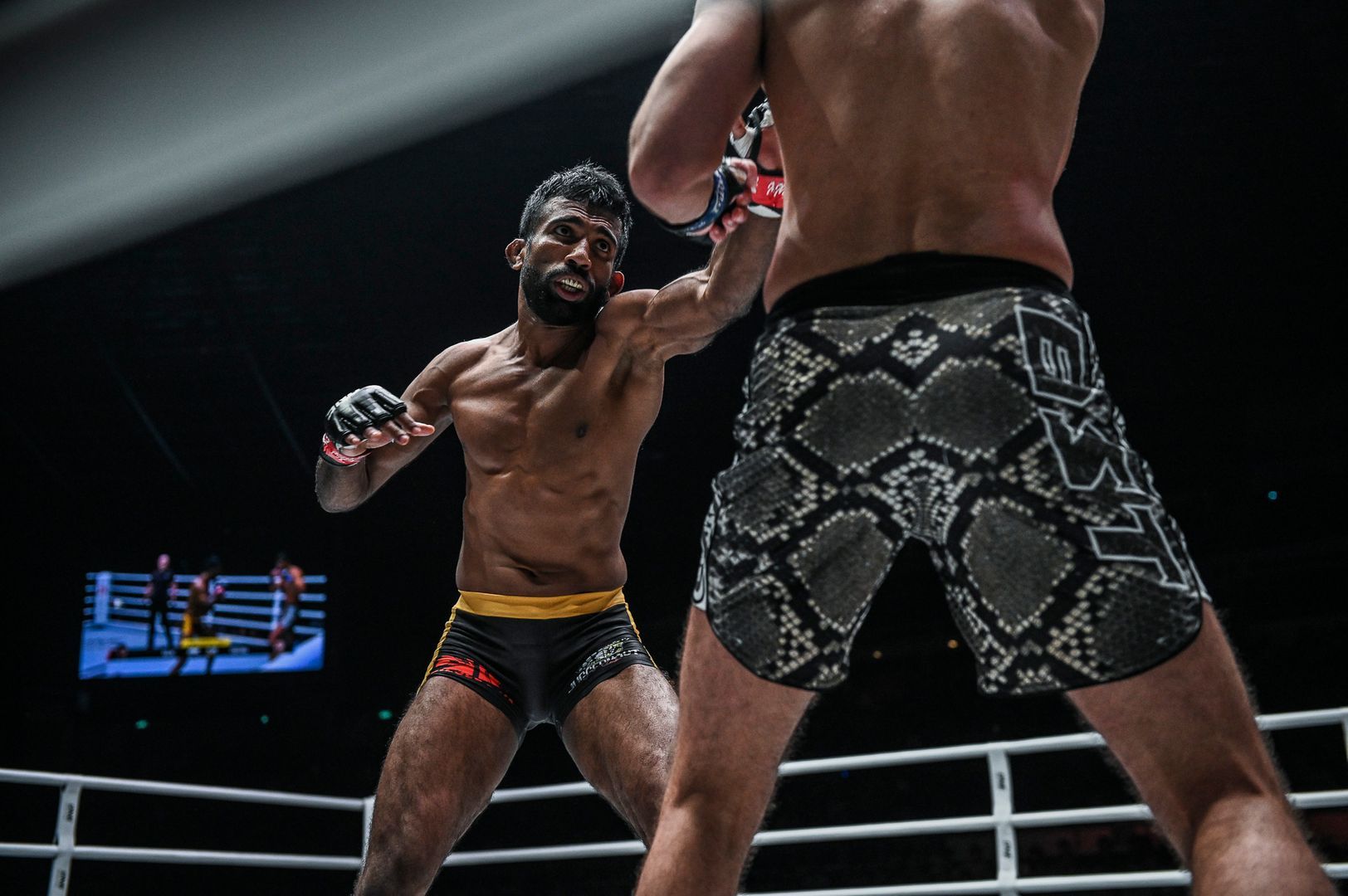