ONE Championship’s welterweight ranks are reaching a peak that has never been seen before, with a combination of new contenders and established stars set to make it one of the promotion’s most compelling divisions in 2021.

But since its inception, there has always been an elite group of athletes at the top of the mountain — though only four of them have ever held the ONE Welterweight World Title.

With the chasing pack growing behind him, reigning World Champion Kiamrian “Brazen” Abbasov won’t have an easy route if he wants to establish himself as the most dominant king to date, yet his recent performances showed that any challenger will have to produce the performance of a lifetime to dethrone him.

Before Abbasov’s next World Title matchup is announced, we take a look back at the rich history of the division’s coveted belt. These are the names that “Brazen” will need to surpass if he wants to be considered ONE’s greatest welterweight to date.

The First Champion Is Crowned 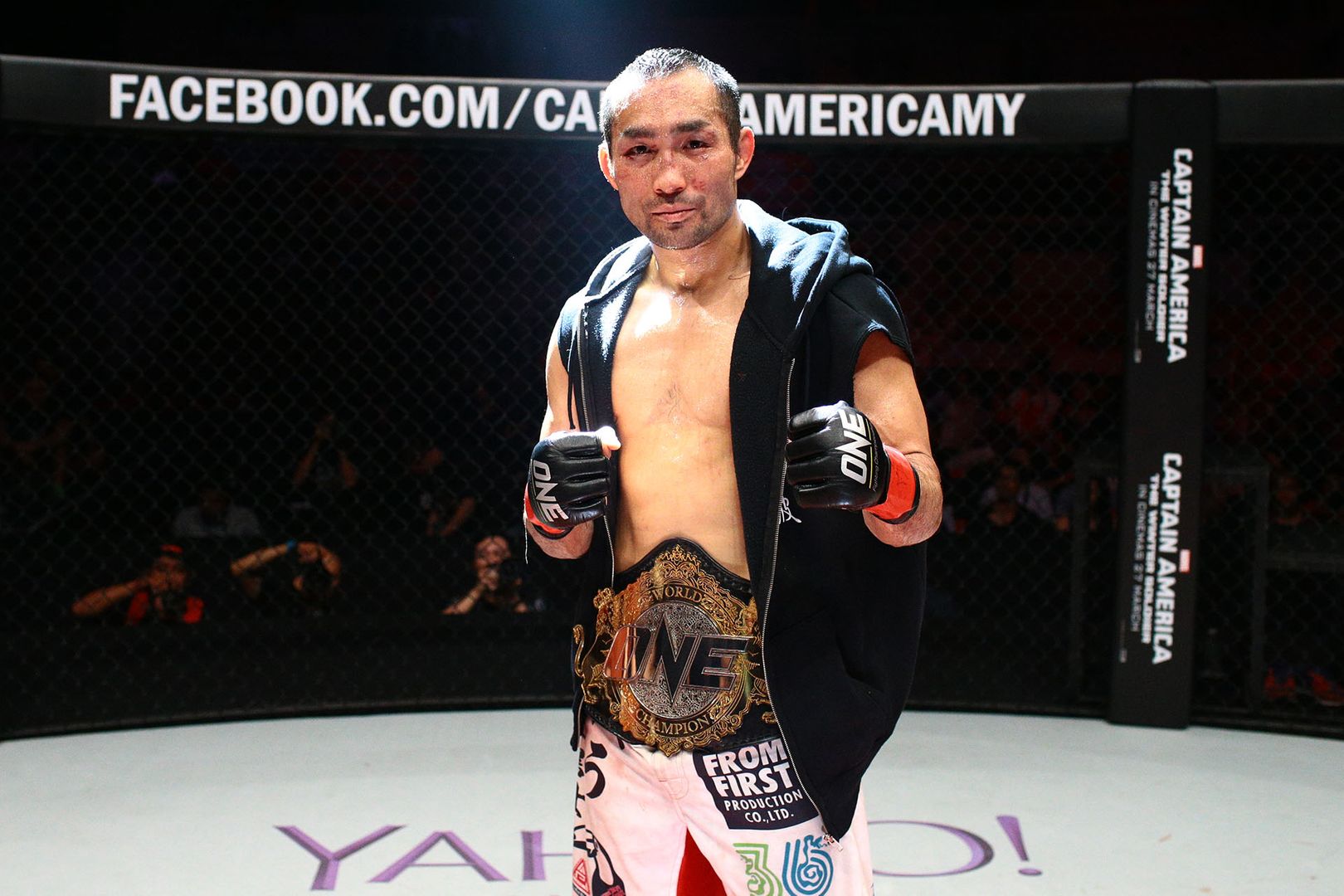 Japanese star Nobutatsu Suzuki graduated to ONE Championship after amassing nine victories by way of knockout in his homeland. Next, his debut TKO win over Phil Baroni in May 2013 earned the Kyokushin karate black belt a shot at the inaugural ONE Welterweight World Championship.

Despite a couple of false starts due to injured opponents, Suzuki finally met Brock Larson for the gold at ONE: WAR OF NATIONS in March 2014. He battered the wrestler’s body with hard kicks and knees to earn the victory — and the gold — after five hard-fought rounds.

Meanwhile, another American wrestler was priming himself for a run at the top. 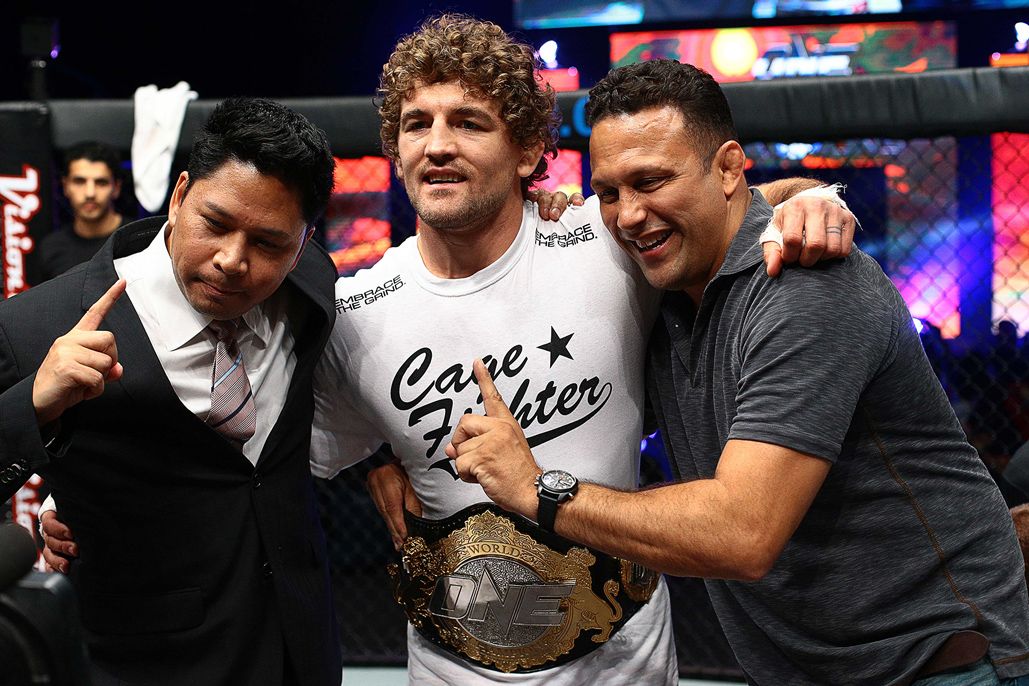 After dominating his division in North America, Ben “Funky” Askren set his sights on Asia and made his first promotional appearance at ONE: HONOR & GLORY in May 2014. The undefeated American kept his slate clean with a first-round submission of Bakhtiyar Abbasov and then immediately called out the reigning divisional king.

Askren got his wish three months later and began a three-year stranglehold on the welterweight belt when he stopped Suzuki via ground-and-pound after just 84 seconds.

His first World Title defense came against Brazilian dynamo Luis “Sapo” Santos at ONE: VALOR OF CHAMPIONS in April 2015, but it ended without a definitive conclusion when the challenger had to withdraw due to an eye poke, resulting in a no-contest.

“Funky” then defeated Nikolay Aleksakhin with a smothering decision at ONE: GLOBAL RIVALS one year later, though it was a non-World Title affair because the Russian had missed weight.

Unbeaten Malaysian Agilan “Alligator” Thani was the next man to test Askren inside the Circle, but he left with the first blemish on his record after a first-round domination by “Funky” at ONE: DYNASTY OF HEROES in May 2017. Askren took Thani down immediately and pressed the action with ground strikes before finishing his foe with an arm-triangle choke at 2:20 of the opening frame.

In his post-fight interview, Askren hinted at “the Swedish man” for his next battle – and that was what he got. Zebaztian “The Bandit” Kadestam had knocked out Santos in emphatic fashion earlier on the same card, and they would face off at ONE CHAMPIONSHIP: SHANGHAI that September.

Like many of the American’s victims, “The Bandit” was dragged to the canvas by Askren, who never let up. He was all over the Swede like a rash until registering the TKO finish in round two.

“Funky’s” final stand as ONE Welterweight World Champion came at ONE: IMMORTAL PURSUIT in November 2017, and it was arguably his finest performance of all. He took on Shinya “Tobikan Judan” Aoki — the former ONE Lightweight World Champion — and many thought the submission specialist’s ground acumen would make for a close encounter.

Instead, Askren picked up the quickest win of his career when he stopped the Japanese mixed martial arts legend by TKO in just 57 seconds. Just as he’d vowed before the match, the former Olympic wrestler retired as the undefeated World Champion and vacated his throne to usher in a new era. 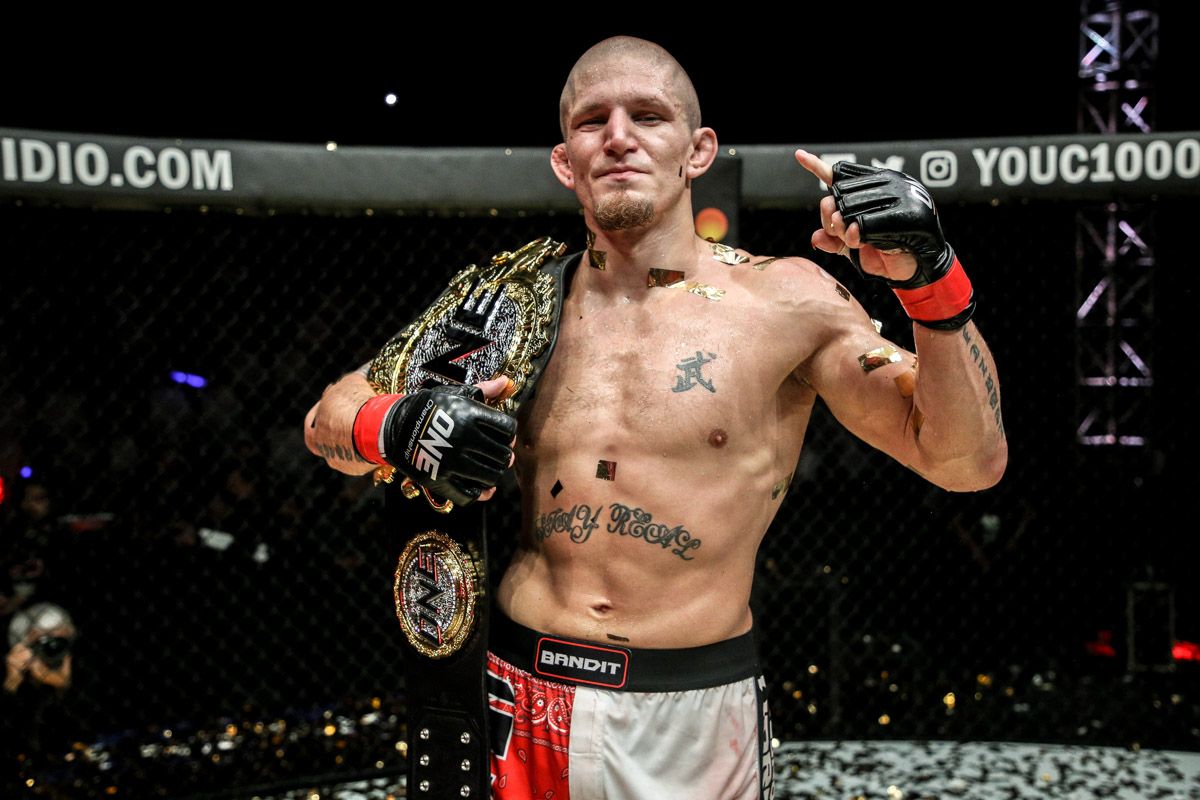 With the title vacant, four men lined up for their chance to compete for it. Kadestam faced Thani, while unbeaten promotional newcomer Tyler McGuire met Santos at ONE: PURSUIT OF POWER in July 2018.

Kadestam’s fearsome Muay Thai was too much for Thani, and he overwhelmed him with strikes for a third-round TKO. In the other bout, McGuire used his wrestling to defuse “Sapo” for a unanimous decision victory.

In their tussle for the vacant crown at ONE: WARRIOR’S DREAM in November 2018, “The Bandit” made it clear that he had learned from his defeat to Askren. He stuffed most of McGuire’s takedown attempts or quickly scrambled back to his feet if he hit the canvas, tiring out his rival in the process.

Deep in the fifth round – after accumulating damage with his punches, knees, and low kicks throughout the previous four stanzas – Kadestam launched a ferocious overhand right at his ailing rival. He then followed up with a knee to the head, scoring a monumental KO victory and claiming the ONE Welterweight World Championship.

Kadestam’s sole successful defense of his crown came at ONE: REIGN OF VALOR in March 2019 when he took on Georgiy “Knight” Kichigin. The Kazakh fighter found some success with his wrestling and clinch work in the first two rounds, but late in the second frame, the Swede blasted his foe with a series of hard elbows.

Dazed and exhausted, “Knight” quit on his stool to hand “The Bandit” another stoppage victory.

As Kadestam was marauding his way through the top of the division, Abbasov made sure he could not be overlooked as the top contender by scoring back-to-back finishes over Thani and Yushin “Thunder” Okami.

That set up a battle for the gold at ONE: DAWN OF VALOR in October 2019, and “Brazen’s” versatility was his main asset in the five-round war of attrition.

Although “The Bandit” managed to score with some looping punches, low kicks, and elbows early on, the further the match progressed, the more Abbasov took over.

He chased Kadestam with punches and knees and then effortlessly transitioned to his wrestling game, which opened up the gap between them. With 25 minutes in the books, it was clear that Abbasov had earned the right to be called the ONE Welterweight World Champion.

After earning the belt, the Bishkek, Kyrgyzstan, native made his first successful defense when he handed American wrestling star James Nakashima his first career loss with a stunning fourth-round TKO at ONE: INSIDE THE MATRIX II in November 2020.

“Brazen” now stands proudly atop of the ever-growing welterweight ranks, but who knows what things will look like when the year is out.

Can the king be dethroned? Will he continue to evolve and dominate the division for the next 12 months?

Read more: A Definitive History Of The ONE Strawweight World Championship