There is a strong camaraderie and a deep mutual respect among the heroes of ONE Championship.

Every time two warriors enter the cage for battle, they share a transformative experience, often forging a bond that will last a lifetime.

That was especially true in July. Following some of our warriors’ most intense battles, they embraced their rival and showed them gratitude.

Here are just five photos that show the unique affinity between martial artists after they have put their heart and soul into competing in the cage.

Two of the best mixed martial arts strikers competed for the ONE Interim Bantamweight World Title in the main event of ONE: REIGN OF KINGS.

Local hero Kevin “The Silencer” Belingon wanted to realize his childhood dream of becoming a World Champion, whereas ONE Featherweight and Lightweight World Champion Martin “The Situ-Asian” Nguyen desperately wanted to make history as the sport’s first-ever three-division titleholder.

There was a lot at stake for both competitors, but in the end, Belingon edged out the Vietnamese-Australian via unanimous decision to claim the dazzling gold belt.

Even though Nguyen was heartbroken, and physically hurting, he did not hold onto any bitter feelings. The humble warrior acknowledged Belingon was the better man, embraced him, and raised his arm high for everyone in the Mall Of Asia Arena to see. 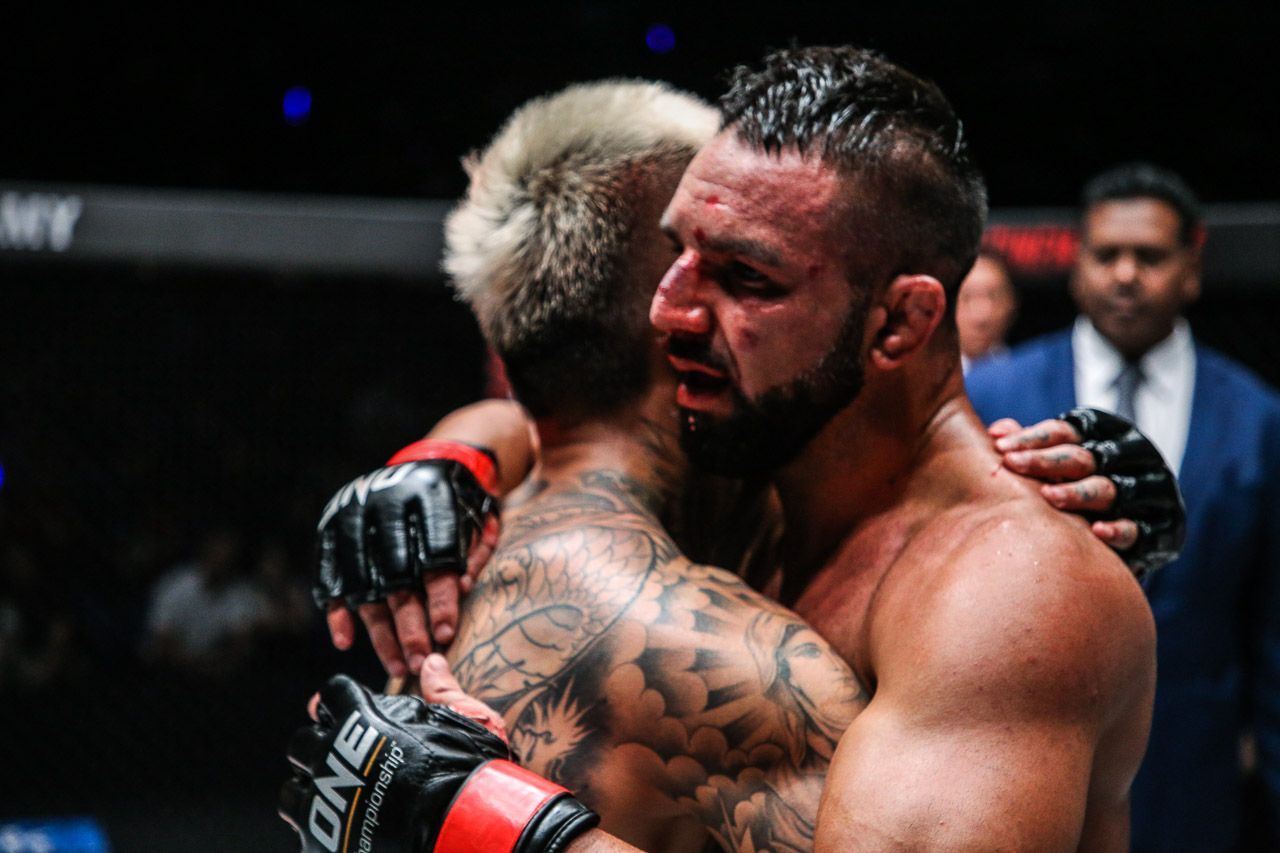 “The Underdog”Li Kai Wen hoped his clash with Emilio “The Honey Badger” Urrutia was going to be a “Bout Of The Year” candidate. In fact, the two had a Facebook conversation, in which they agreed to “entertain the fans.”

At ONE: PURSUIT OF POWER. they delivered on their gentleman’s agreement.

It was a back-and-forth affair that stretched all the way to the third round, despite each featherweight coming close to a finish. Ultimately, Li was able to get the TKO in the third round.

Following the epic showdown, the pair – both battered and bruised – embraced inside the cage, and then left the Axiata Arena in Kuala Lumpur, Malaysia, with their friendship stronger than ever. 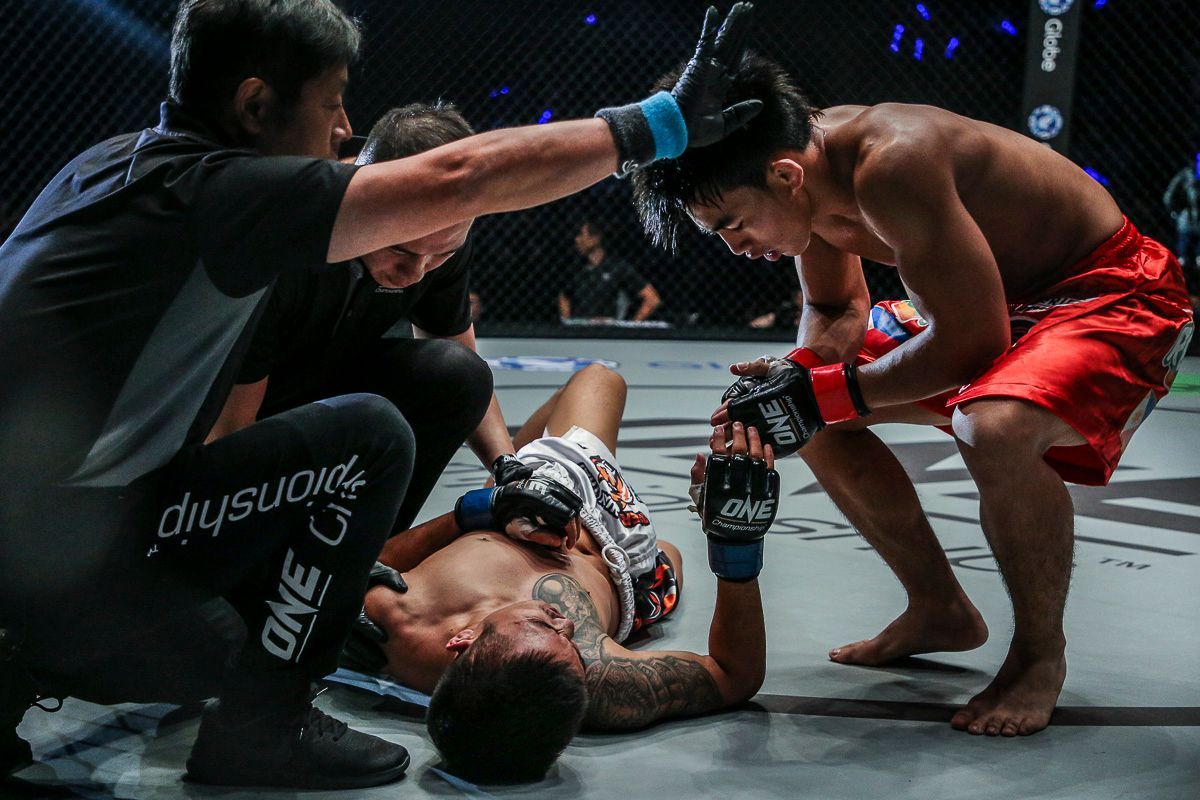 Filipino martial arts wunderkind Joshua “The Passion” Pacio will forever be known for his innovative submission victory over previously-unbeaten warrior Pongsiri “The Smiling Assassin” Mitsatit at ONE: REIGN OF KINGS.

However, instead of celebrating with his countrymen inside the Mall Of Asia Arena in Manila, Pacio opted first to stand by his fallen foe and check up on him.

He explained: “I was concerned for his shoulder after, which is why I ran to check on him. You never want to see an opponent hurt. Victory is important, but we are martial artists – not just fighters.” 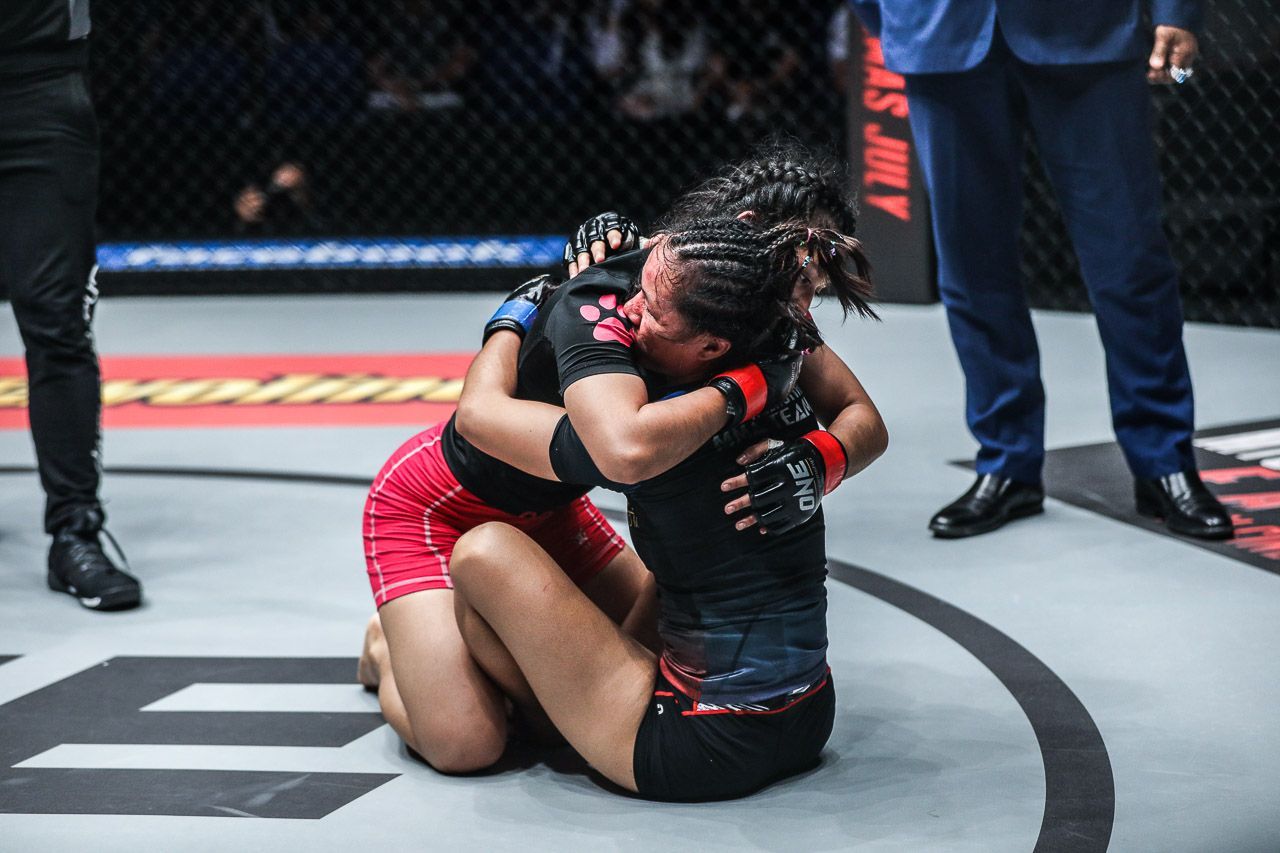 The unbeaten 19-year-old knew facing a veteran like Lumban Gaol was a big step forward in her very young career, but she courageously accepted the bout, and utilized her superior grappling to take the decision win.

Seconds after the bout’s conclusion, the pair hugged each other while they were still breathless on the canvas. 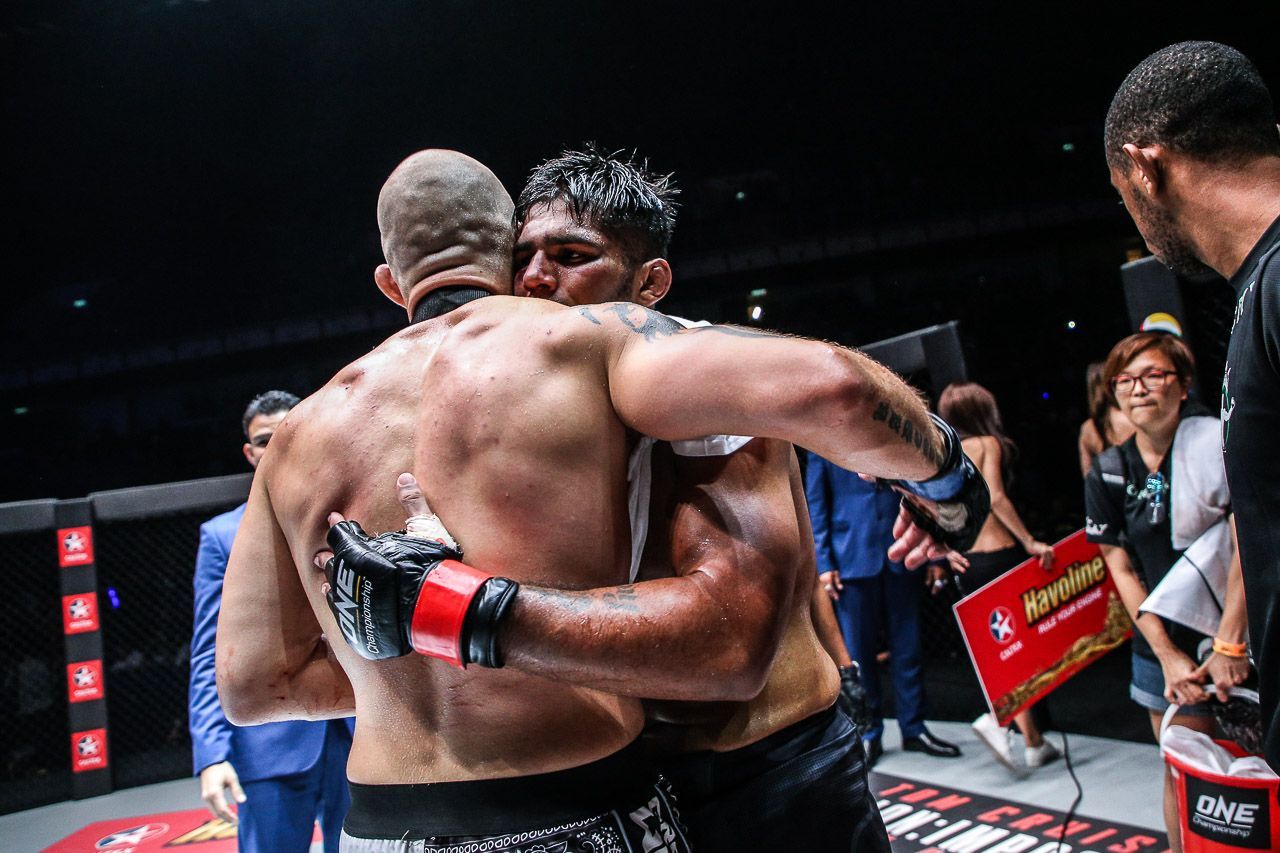 Swedish striker Zebaztian “The Bandit” Kadestam graciously entered the lion’s den when he came to Kuala Lumpur to face the hometown hero Agilan “Alligator” Thani in the main event of ONE: PURSUIT OF POWER.

Kadestam, who comes from a Muay Thai background, already held his opponent in high regard before they collided in their welterweight showdown, but gave his stand-up even more respect when the Malaysian role model tagged him throughout the opening two stanzas.

While the Swede earned a third-round TKO, and became the first man to stop “Alligator” at home, he expressed his gratitude and respect for to his rival – and the Malaysian fans – for pushing him to put on the best performance of his career.