Kevin “The Silencer” Belingon has waited his whole life for this moment.

After slipping in his first title challenge in January 2016, the Filipino realized his childhood dream on Friday, 27 July. What’s more, he did so in front of his countrymen at the Mall Of Asia Arena in Manila, Philippines.

The 30-year-old striker defeated two-division ONE World Champion Martin “The Situ-Asian” Nguyen via unanimous decision in a thrilling five-round main event. With the monumental win at ONE: REIGN OF KINGS, he became the ONE Interim Bantamweight World Champion.

“I can’t explain this feeling. I’m the happiest athlete tonight. Thank you to all the people who came out to support me, and of course to ONE Championship, my team, my coaches and trainers, and my teammates,” Belingon said to Mitch Chilson in his post-bout interview.

“To Martin, it was an honor fighting you. You’re such a great athlete and champion. I trained very hard for this fight, just to get this belt. I’m proud to be a Champion representing the Philippines.” 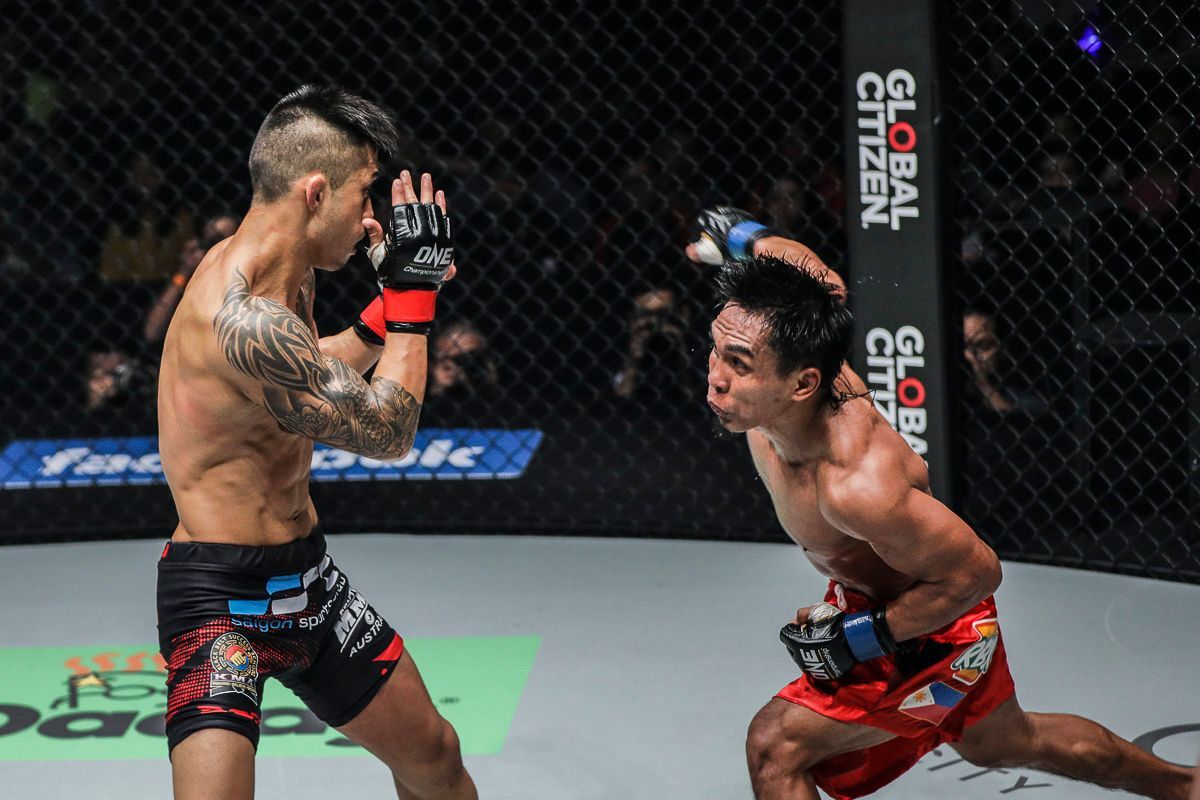 In the first round, the two martial artists took a few minutes to size each other up and carefully gauge the distance.

Nguyen, looking to land his infamous overhand right, chose to operate from range, and he threw a myriad of feints to keep “The Silencer” hesitant to engage.

However, once referee Olivier Coste called for more action, the athletes picked up the pace.

Each competitor threw more strikes, with the local favorite starting to connect with some kicks. He even shrugged off the 29-year-old Vietnamese-Australian’s initial takedown attempts. 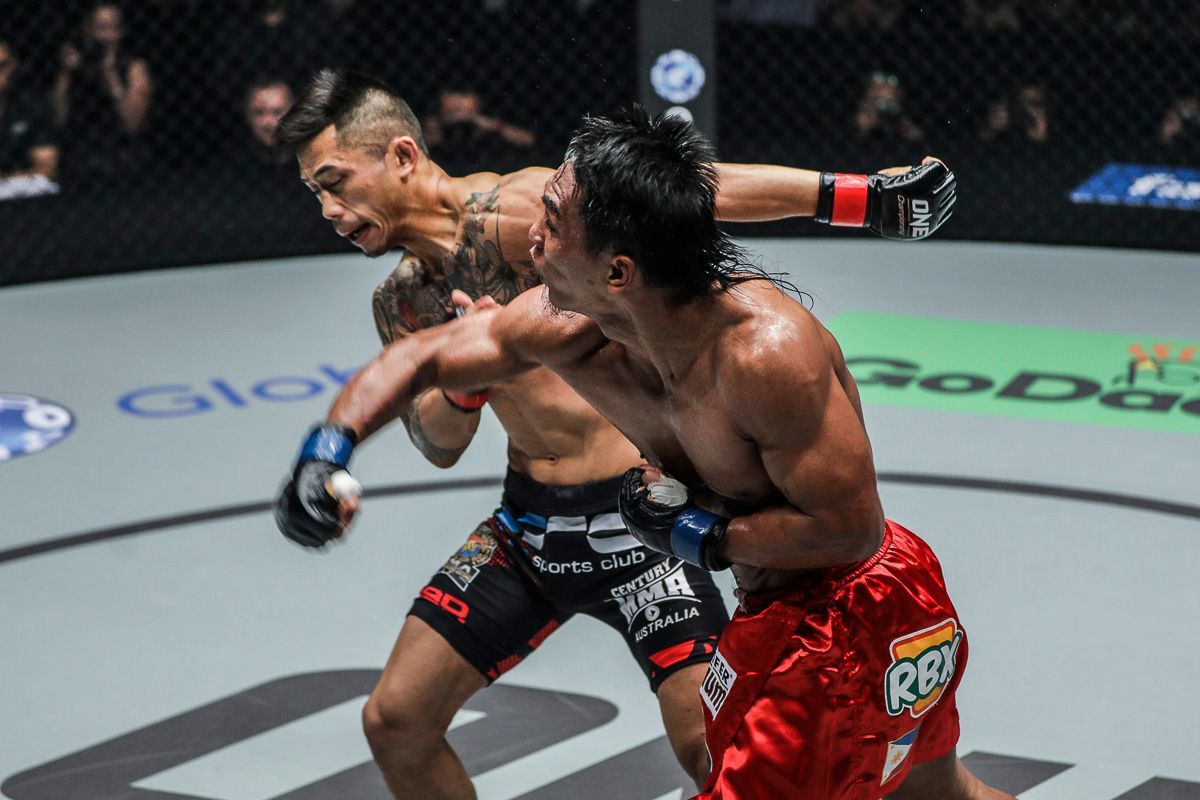 The action truly picked up beginning in the second, however, when the shorter Belingon looked to close the gap.

Nguyen was relegated to falling back and waiting for his opportunity to unleash the right hand that made him so dangerous at both featherweight and lightweight. But it also shifted the momentum towards “The Silencer,” who was in full-on attack mode.

Belingon, who got a taste of the two-division champion’s vaunted knockout power, grew more comfortable with his boxing combinations as the bout wore on. 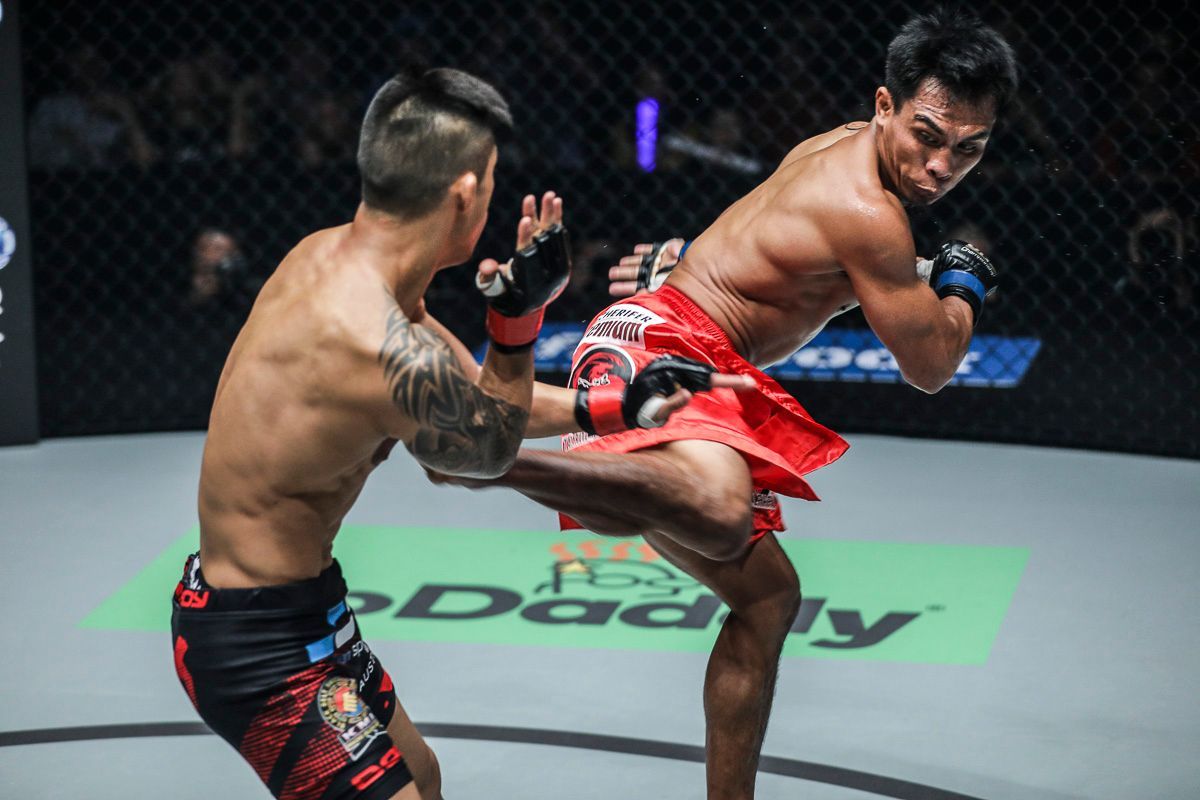 By the time the bantamweight tilt entered the third stanza, the Filipino was completely in his element. He started throwing Team Lakay’s trademark spinning back kicks to both the head and the body.

It was evident “The Situ-Asian” had fallen behind on the scorecards as the contest entered the championship rounds. With every chant of his name, Belingon’s attack intensified.

An explosive right hand from “The Silencer” stunned Nguyen, and he followed up with a flashy kick that nearly took his rival’s head off.

The final five minutes saw Nguyen come out aggressively. He desperately tried to get the finish, but it was all for naught.

Belingon was driven, and he simply was not going to be denied. 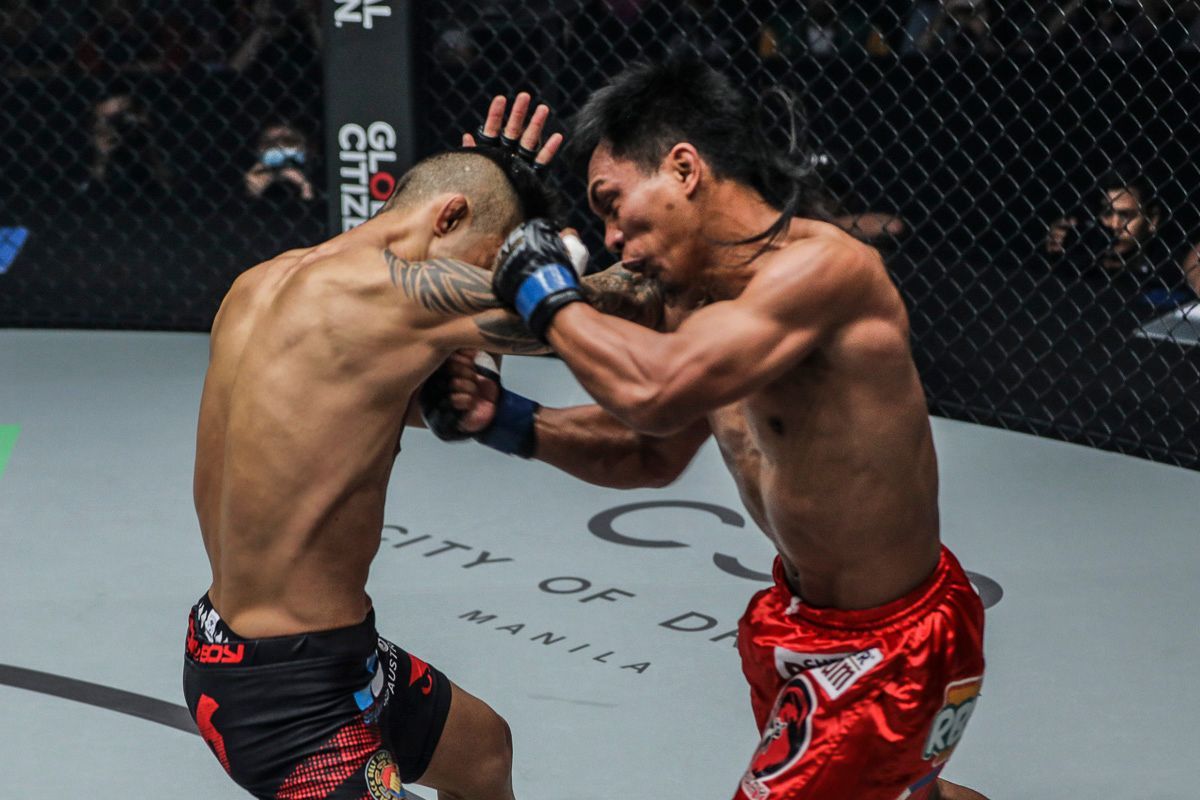 He launched another furious attack, as he connected with three consecutive punches that caused Nguyen to stumble backward. The Vietnamese-Australian dynamo recovered, and he tried to shift the momentum by shooting for takedowns, but every single shot was stuffed.

Towards the end of the bout, “The Situ-Asian” would finally land a solid right hand cleanly. However, it did not seem to faze Belingon, who went on the defensive for the rest of the contest, undoubtedly confident he had done enough to win the epic showdown.

With the victory, Belingon improves his mixed martial arts record to 19-5, claims the ONE Interim Bantamweight World Championship, and books a rematch with the promotion’s most dominant titleholder, ONE bantamweight king Bibiano “The Flash” Fernandes.

That epic World Champion versus World Champion rematch should take place in 2018, assuming the Brazilian returns from injury and is healthy enough to compete.

“My friend, Bibiano,” Belingon said to the Brazilian inside the cage following his victory.

“I respect him as a champion, but we are in the same weight class, and I am the top contender, so there is no escape in facing me. I hope you recover fast, and that we can make the fight this year.”