After months of speculation, “The Killer Kid” Sitthichai Sitsongpeenong will finally make his promotional debut on Friday, 31 July.

That night, the Thai sensation will meet his old foe and compatriot, Superbon, in a featherweight kickboxing super-bout at ONE: NO SURRENDER in Bangkok, Thailand.

This will be the third meeting between the world-class strikers, and the winner will surely elevate himself to the top spot in ONE Championship’s Athlete Rankings.

But before Sitthichai makes his first walk to the Circle, take this opportunity to learn a little bit more about the 11-time kickboxing and Muay Thai World Champion.

A Childhood In Muay Thai

Sitthichai was raised in the Buriram province by parents who worked as general laborers and farmers. The family was poor, but the youngster’s father and mother always found a way to put food on the table.

When “The Killer Kid” was 9 years old, he started learning Muay Thai from his father, an old Thai boxer named Samarn Muangrong.

But the family patriarch did not teach his son these techniques in order to compete. He did it strictly for self-defense purposes.

“When I was young, I was a really small and weak boy who couldn’t fight anyone,” Sitthichai recalls. “So, my dad taught me Muay Thai in order for me to defend myself from the bullies.”

It turned out the youngster also enjoyed the discipline, and after two years of training, he felt ready to test his skills.

“My dad asked me if I wanted to compete with others,” Sitthichai says.

“There was a dual trial in my village at the time, so he asked me if I wanted to try. I said, ‘Yes,’ so my dad took me.

“When I was at the dual trial, I [fought] a boy who had like 10 bouts worth of experience, while it was my first time.”

Against that more experienced opponent, Sitthichai was stopped by clinch knees to the stomach.

But even in defeat, he earned 150 baht (about US$5) and was amazed by the ability to bring in cash through “the art of eight limbs.”

“It was the fastest way to earn money,” he says.

“I was only 11 and I never earned that much money. I was like, ‘Oh, I earned this much by doing this?’ So, I thought if I keep doing this as my career, I could earn more money and would be able to take care of my parents – and I could earn money to support myself.”

Motivated, Sitthichai returned home and continued to sharpen his skills.

Just one month later, he competed at another dual trial and achieved victory. Soon after, his father took him to the Sit Kru Yiam camp, where he refined his techniques.

“The Killer Kid” brought those techniques with him to the ring, kept winning, and kept raking in more cash.

“It was fast money and also a big amount. I was happy to have earned it so fast, and the money kept increasing,” he says.

“With the money I earned from Muay Thai, I was able to send myself to school,” Sitthichai says. “Also, I was able to help lessen my parents’ burden. I was very proud that I was able to do that. While the other children were still playing around, I was able to earn money and help my family.”

To Bangkok And Abroad

By the time Sitthichai was 15, he was competing at the world-famous Lumpinee Stadium in Bangkok and in bouts within the Buriram province, where he continued to train.

However, two years later, he was ready to make a drastic change.

“When I was about 17, I thought about ways to improve myself since I trained in the province and it wasn’t really effective,” he says.

“I felt like I wasn’t strong enough to compete with other opponents in Bangkok, so I thought about moving to Bangkok and finding a gym to train at and improve myself.”

As fate would have it, Tim Dharmajiva, the owner of Sitsongpeenong Gym, was searching for talented Thai-born fighters with bigger body types.

He connected with “The Killer Kid” and recruited him to join his stable.

“Fortunately, Boss Tim from Sitsongpeenong Gym wanted a big-build boxer who he could promote for fights abroad,” Sitthichai recalls.

“I was in the province and didn’t have any opponents, but I got to know Boss Tim and he brought me to train here at Sitsongpeenong.”

Sitthichai was finally receiving the elite training he’d always wanted. Then, when he was 18 years old, Dharmajiva brought him to Paris, France, to compete in the “Nuit des Titans” 4-Man Muaythai Tournament.

In the semi-final round, he met Fabio Pinca, who was considered the leading Muay Thai fighter in France. Sitthichai beat the European striker via decision and advanced to the final, where he squared off against established veteran and multiple-time Muay Thai World Champion Anuwat Kaewsamrit.

The odds seemed stacked against “The Killer Kid,” but he defied them to win via unanimous decision and claim the tournament crown.

“Those bouts made me want to continue fighting abroad,” Sitthichai says. “[I received] better pay and I was also more well-known over there.”

In the years to follow, the Thai continued competing on the international scene, but he also won a slew of belts in Thailand – including a Lumpinee Stadium World Title in 2014.

The Switch To Kickboxing

After winning eight titles in Muay Thai while competing in the biggest promotions in Thailand and abroad, Sitthichai wanted a change. The Buriram native felt like he had plateaued, so he set out to challenge himself in a new discipline.

“I had trained Muay Thai all my life, so I wanted to go extreme since I reached the highest point in Muay Thai,” he explains.

“I wanted to also try kickboxing. I want to prove myself in this sport as well to see how high I can go. I want to outgrow myself. Kickboxing is well-known globally, and the pay is much higher as well. That’s what made me want to be the top kickboxer in the world.”

Shortly after making the jump to kickboxing, the man who was once nominated to be the 2015 International Muaythai Ambassador by the Sports Writers Association Of Thailand began to fall in love with the contrasting style of the new sport.

“What I like about kickboxing is how to throw the weapons,” Sitthichai says.

“In kickboxing, we can throw the weapons continuously. Its style is much different from Muay Thai. We can continue punching till we knock out the opponent – I wanted to be that good.”

The path to greatness, however, wasn’t always glorious.

“I am very proud because it took me a long time to get to this point. It took time, experience, a lot of strength, my brain, and everything. It was an exhausting journey to the top of the world,” Sitthichai says.

“It’s not easy to remain at the top, but I am doing my best. I am trying my best to stay at the top until the day I retire.”

The Road To ONE

This past May, Sitthichai made one of the biggest moves of his professional kickboxing and Muay Thai career when he signed with ONE Championship.

The 28-year-old has competed around the globe, but he wanted to step into the Circle and test his skills against the best group of strikers ever assembled.

“The reason I joined ONE Championship was because there are a lot of great fighters,” he says.

“There are a lot of great fighters here that no other places have. I want to prove myself on this world-class stage. I want the World Championship title here.”

In addition to aiming for a World Title, Sitthichai eagerly wants to challenge a pair of athletes he’s never had the privilege of fighting before – “The Boxing Computer” Yodsanklai IWE Fairtex and ONE Featherweight Kickboxing World Grand Prix Champion Giorgio “The Doctor” Petrosyan.

Sitthichai has looked up to both men during his kickboxing and Muay Thai careers, and nothing would give him more satisfaction than defeating the living legends.

But above all, he wants to be revered around the world as the greatest of all time.

“I want to continue doing this until I am well-known both in Thailand and globally,” he states.

“I want people to remember me as the best kickboxer in the world. I want my name, Sitthichai Sitsongpeenong, to be remembered as the champion of all tournaments, so they can say that everywhere I go, I get the championship title.” 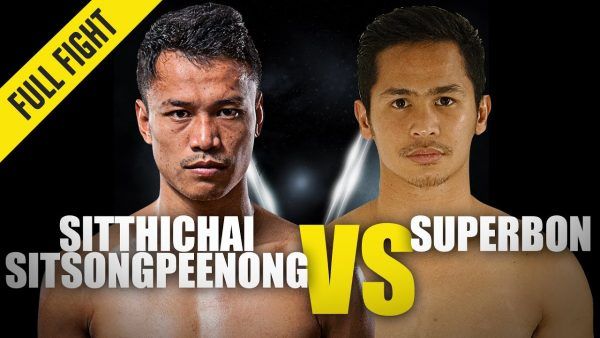 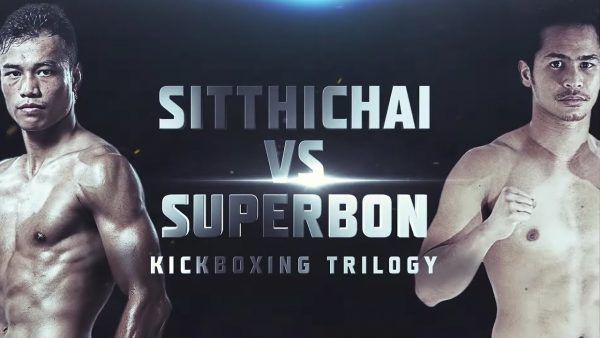 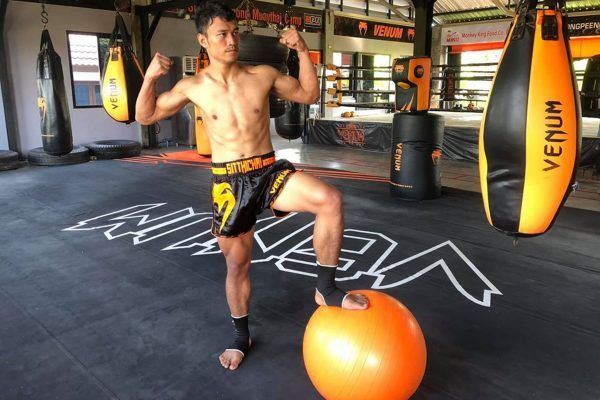