Ever since he officially signed with ONE Championship in May, “The Killer Kid” Sitthichai Sitsongpeenong has been eager to make his promotional debut on the global stage.

He will finally get that chance – while completing a trilogy with his old foe – on Friday, 31 July.

That evening, Sitthichai will meet his longtime rival and countryman Superbon in a featherweight kickboxing clash at ONE: NO SURRENDER in Bangkok, Thailand.

“Superbon is one of the great fighters [of the sport] and a rising star. He is also one of the world’s top-ranked kickboxers,” the Sitsongpeenong Muay Thai Camp representative says.

“I will train hard in order to fight him. I think hard training and good game plans will enable me to win.”

Sitthichai is quite familiar with his fellow promotional newcomer.

The two Thai stars initially met in the ring in Sanya, China, back in January 2016. That night, “The Killer Kid” made his presence felt by finishing Superbon.

“I knocked him out with my right hook in the second round,” the 28-year-old offers. “I thought he was new at kickboxing at that time.”

Superbon, however, was determined to even the score.

The two went toe-to-toe once again eight months later in Beijing, China, where the Sor. Tawanrung Gym representative proved how far he’d come by edging out “The Killer Kid” in a decision victory.

“We rematched and he won by a point,” Sitthichai says. “I accepted that he improved a lot, but I also injured my legs before the match. That’s why my performance was not 100 percent.” 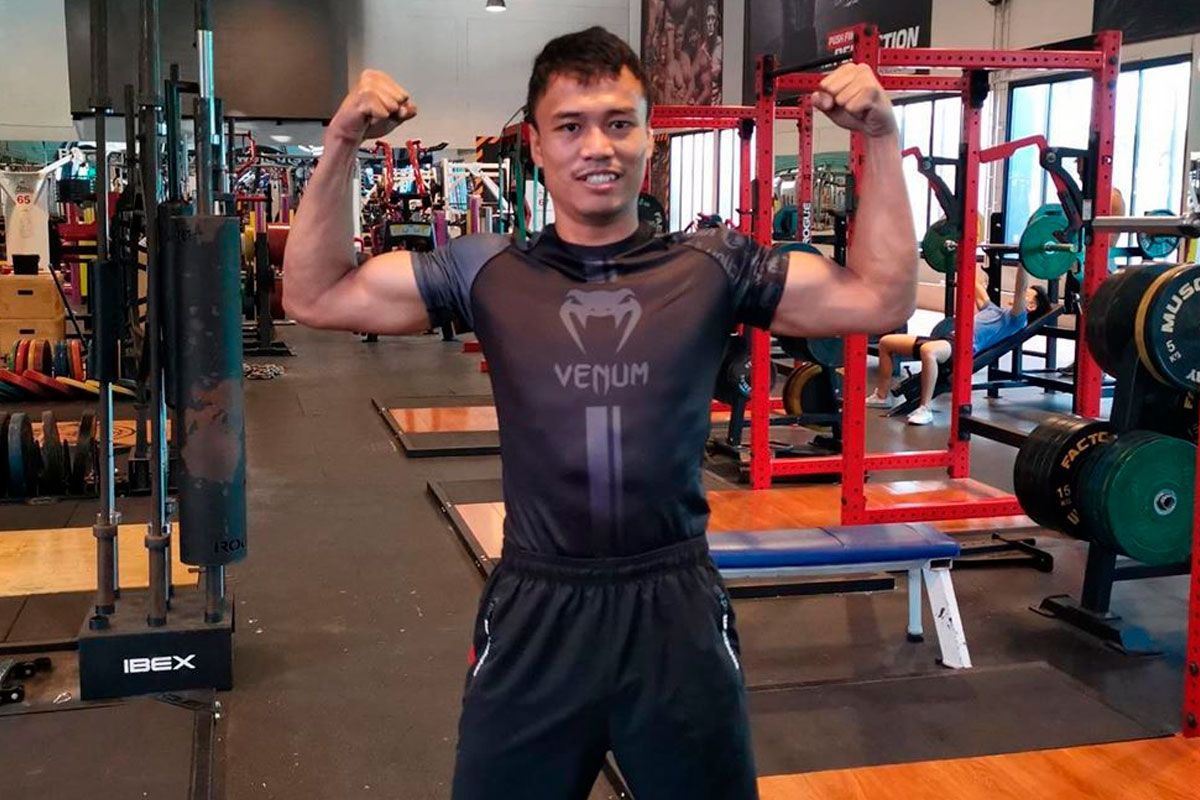 Since that bout nearly four years ago, both athletes have enjoyed tremendous success on the international scene, emerging as two of the top strikers on the planet.

And as they prepare for the long-awaited trilogy contest, it’s clear “The Killer Kid” has scouted his rival thoroughly.

“Superbon’s style is fast and various. He’s got a very dangerous knee and a fast high kick that you really need to watch out for,” Sitthichai says.

“You cannot really see it coming because his high kick is super fast. He’s also got the knee and now the punches as well. He’s quite dangerous.”

But while he has plenty of respect for Superbon, the Sitsongpeenong Muay Thai Camp representative also believes he holds the edge against the 29-year-old Bangkok resident.

“I believe that my basic kickboxing is much better,” he says. “I also have fast and heavier punches. I don’t think about his weak points. Instead, I focus more on his strong weapons, which are the knee and head kick.”

There will be plenty at stake in the 31 July match-up – a fact Sitthichai is acutely aware of. Not only is this a chance to come out on top in the storied feud, but it’s an opportunity to make a big move in ONE’s Athlete Rankings.

With that in mind, “The Killer Kid” won’t even think about leaving ONE: NO SURRENDER with a loss.

“I am confident that I will win this time because I am more experienced and I am training really hard for this. If I see chances to knock him out, I will [take them].”

Plus, a victory would also get Sitthichai one step closer to his ultimate goal – the true reason why the 11-time kickboxing and Muay Thai World Champion joined the world’s largest martial arts organization.

“The reason I joined ONE Championship was because there are a lot of great fighters,” he says.

“There are a lot of great fighters here that no other places have. I want to prove myself on this world-class stage, and I want the World Championship Title here.”

Read more: The Best Knockouts From The Stars Of ONE: NO SURRENDER