Hayato Suzuki has some lofty goals.

The grappler tore through the Japanese martial arts scene, captured the Grachan Flyweight Title, and then brought his talents to ONE Championship in August 2017 with the objective of conquering a pair of weight classes.

“I want to challenge for a title,” the 31-year-old says. “I want the belt in both the strawweight and flyweight divisions of ONE Championship.”

That could be considered a surprising development because, at one point, the Japanese grappler was not even a fan of martial arts.

Born and raised in Takahagi City, Ibaraki, a young Suzuki became interested in wrestling during high school. He attended training, but did not compete until he reached the collegiate level. Once he enrolled at Nippon Sport Science University in Tokyo, he officially joined the school’s wrestling squad. “I started to do wrestling in university,” he says, with his crowning achievement being a fifth place finish at the All-Japan College Championship. “I think destiny made me start wrestling. To take down an opponent is a thrill for me.”

Destiny eventually led him from wrestling to the cage. Initially, Suzuki did not connect with professional competition. But one of his good friends provided him with a fresh outlook that would completely change his perspective.

“I got fascinated by it,” he continues. “I was introduced to Brave Gym by one of the senior wrestlers. My focus was on wrestling rather than martial arts at first.”

That was the mentality he carried into his professional debut back in October 2012. He was successful, too, submitting his opponent via rear-naked choke at the 3:06 mark of the first round. However, despite getting the victory, he learned a valuable lesson.

“I underestimated martial arts at first,” he says, realizing the importance to build upon his wrestling base. “I then learned I had to incorporate different styles after my first match.” 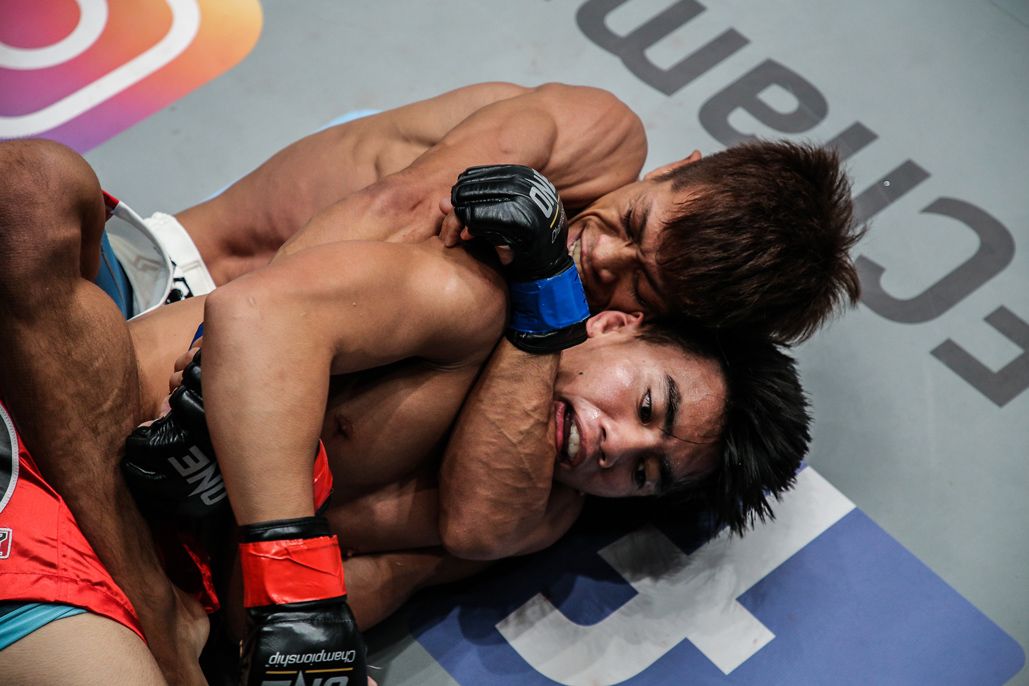 Suzuki rededicated himself to training, and studied different elements of the martial arts at Brave Gym under the guidance of his personal hero, Kazuyuki Miyata.

“I improved my techniques and speed, and learned how to finish in different ways effectively,” he explains. “I never set out to maintain a winning mindset. I just wanted to try my best to win every match.”

The Japanese combatant accomplished that task.

For the next five years, he went unbeaten on the regional scene. He racked up 16 victories and two draws, with six wins coming by submission and another five by TKO. One of those TKO victories earned him the Grachan Flyweight Championship in April 2014, and he never let the belt leave his waist.

Amidst all of his success, a pair of injuries nearly caused him step away from the sport and mull retirement. A hard training session led to a neck hernia in October 2015, and he dislocated his shoulder during a wrestling practice in June 2016. 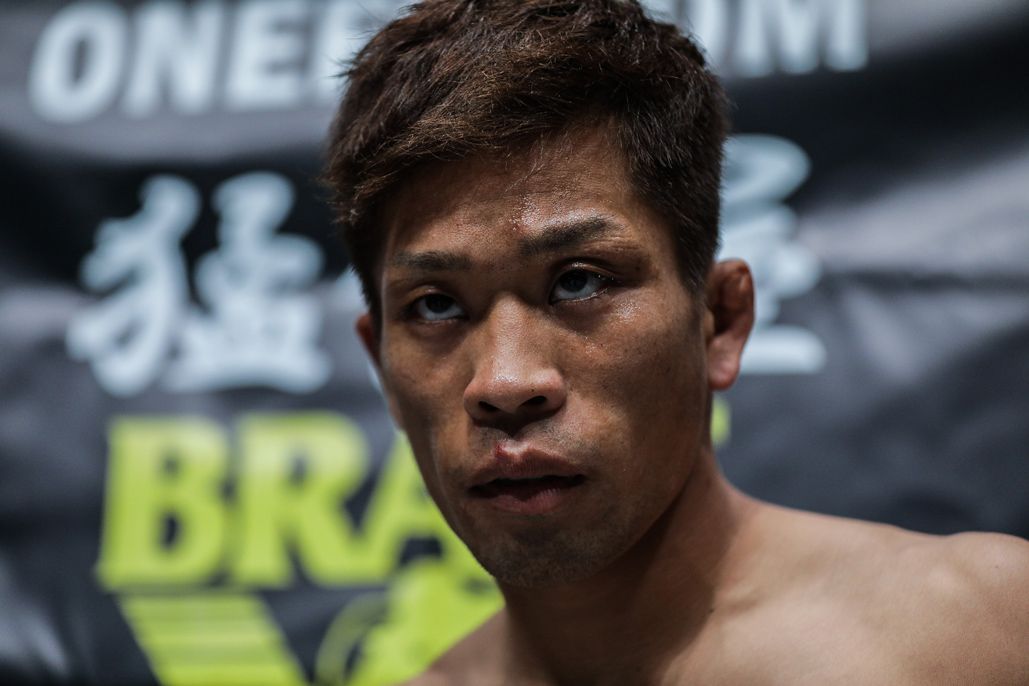 “I thought I would not be able to compete anymore,” he admits.

“My goal was to compete overseas. And just when I finally got the opportunity, and when it was the most important time of my career, I got injured, and it was a big one. So I was worried that my chance to debut overseas was going to just slip away.”

Suzuki is a determined individual, however. He has that infamously-tough wrestler’s grit, and a burning desire to prove he is the best combat sports athlete in the world. That motivated him to overcome his injuries and to test his skills on the global stage in ONE.

“I really wanted to challenge at ONE. That made me revive,” he continues. “I wanted to compete on the big stage. For me, the big stage is ONE, and ONE is the place where I could shine the most.”

The Ibaraki native’s next shining moment happened at ONE: KINGS & CONQUERORS in August 2017, where he effortlessly brought Team Lakay’s Joshua Pacio to the ground and submitted him via rear-naked choke at the 3:17 mark of the opening stanza.

Posted by ONE Championship on Wednesday, January 10, 2018

“Finally, it was my turn to shine,” Suzuki recalls, proudly. “Joshua’s kicks were faster than I expected, but I was able to show my strength and win.”

Suzuki would stumble quite dramatically three months later, however. He clashed with BJJ World Champion Alex Silva at ONE: LEGENDS OF THE WORLD, in a bout that ultimately decided the next contender for the ONE Strawweight World Championship.

The Japanese grappler started off strong, as he immediately brought Silva to the canvas with a double leg takedown. But the Brazilian used a high rubber guard, popped Suzuki into the air, and worked his BJJ black belt skills, eventually spinning into an armbar to force the tap in just 82 seconds.

In Suzuki’s twentieth professional bout, and quite arguably the most important match of his career, he experienced his lone blemish.

When reflecting on the bout, he admits the pressure got to him and his concentration was shattered. “I could not take the risk and execute the team’s strategy, which is very important in martial arts,” he says. 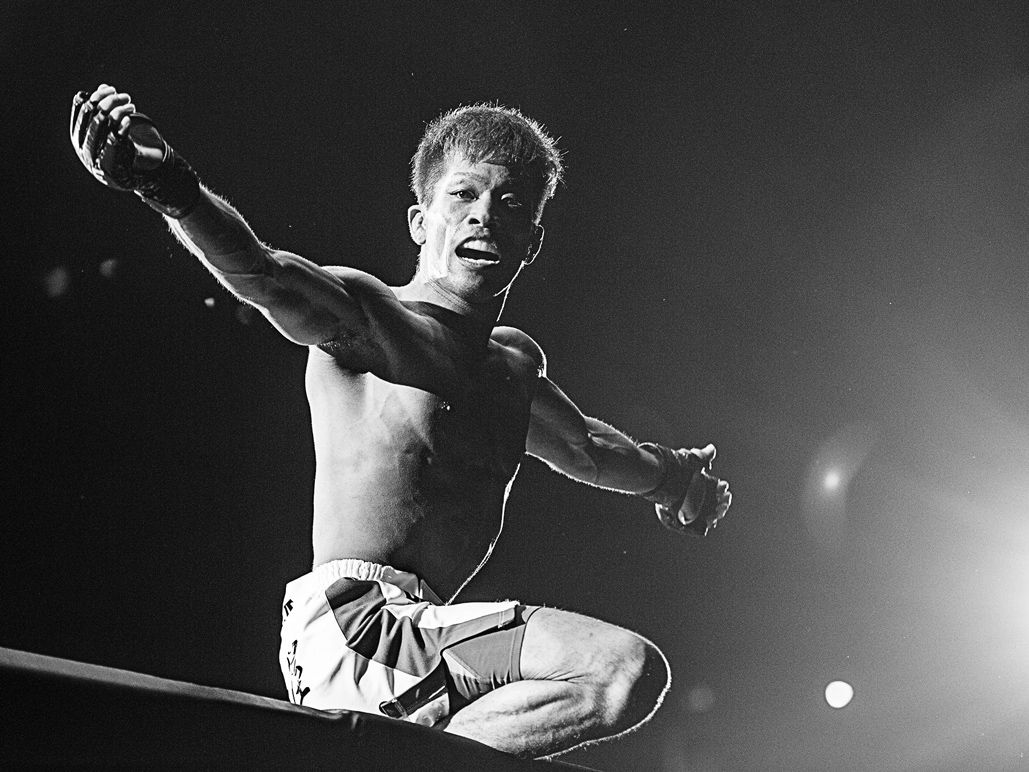 “I thought about the future — the belt — too much, and I was not focused enough, and lacked the strong feeling that I was going to win the bout that was in front of me.”

“I learned the strictness of the ‘win or lose’ game. Things do not go as you imagine, and one mistake ruins everything.”

He learned a sobering lesson on that night, but now he plans to use it as fuel to restart his ascent back up the ranks. Driven by the motivation to rematch Silva, who now holds the ONE Strawweight World Title, Suzuki (17-1-2) will meet Brazil’s Yago Bryan (3-3) at ONE: GLOBAL SUPERHEROES on Friday, 26 January in Manila, Philippines.

While Suzuki still has lofty goals of eventually winning dual world titles, especially the one which Silva holds now, he has grown to love the sport more than anything. As he says, it “is my life.”

“Ever since I was introduced to martial arts, I got a new goal, and every day is fun. If I was not competing in ONE, my life would have been lame and boring. My one and only goal is to become the ONE World Champion.”