Kohei Kodera – better known by his ring name “Momotaro” in his native Japan – oozes confidence in the ring.

The 29-year-old – who will face Singtongnoi Por Telakun at ONE: IMMORTAL TRIUMPH this Friday, 6 September – is one of the most skilled and smooth operators in ONE Super Series, but those who knew him as a youngster may not have believed that was possible.

Though he always showed a natural aptitude for athletics, he did not come out of his shell until he entered a kickboxing gym and started on his path to ONE Championship.

Ahead of his return to action on the global stage for martial arts in Ho Chi Minh City, Vietnam, “Momotaro” reveals how he transformed from a from a timid young boy into a champion. “Momotaro” was born in Asaka just outside Tokyo, and was a physically gifted child who started karate when he was 5 and baseball at the age of 8.

His grades were not great, but he made up for them with the way he performed in sports – particularly as he pursued track and field.

“I wasn’t good at studying. I only liked P.E. class. I loved running, and that was my biggest focus in school. I just loved moving my body,” he reflects.

Despite his natural ability, he was a withdrawn youth who lacked the confidence to thrive in social situations with his peers.

“I was very shy and found it hard connecting with people. I could only be around people I was very close with, and I almost never spoke to girls,” he admits. 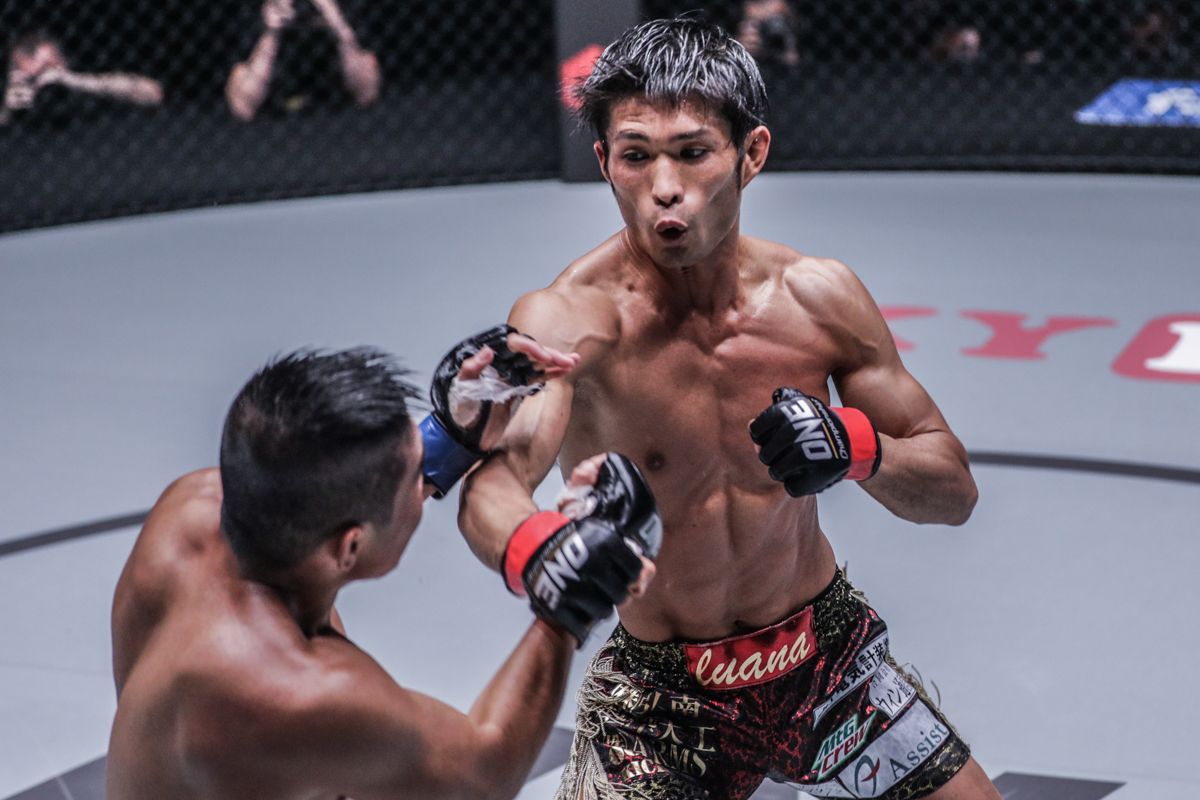 As he entered university, martial arts was his savior as he began kickboxing at the Oguni Gym in the Ikebukuro district of Tokyo helped.

Although he did not intend to compete when he started to train there, he showed promise, and was soon convinced to enter the ring by his coach, Akira Kondo.

“I started kickboxing because I wanted to get a better body and be popular with the ladies!” reveals Kodera.

“I didn’t start it with the aim of turning pro, but my coach recommended I join an amateur competition after the first month. I won, then took my pro test six months later.

“At that time, I still didn’t consider a professional debut, but I thought it would be cool to at least have a pro license. I’m glad I followed my coach’s words.”

As well as educating him in the ways of martial arts, Kodera’s trainer also broadened his horizons by introducing him to new places and people.

He became more outgoing through these experiences and started to communicate far more easily. It is that personal dynamic, as well as his ability to bring the best out of his student in the ring, that made Kondo an integral part of “Momotaro’s” career.

“He was the first person to teach me kickboxing, and still now he understands me the best. I want him to come with me to ONE, the biggest stage in the world,” he explains.

Drawn Back to the Arts Despite his hesitation, Kodera immersed himself in the world of combat, competing in kickboxing, Shootboxing, and Muay Thai under his ring name – given by his coach because of his resemblance to the Japanese folklore character.

He became a popular and successful athlete as victory followed victory. He claimed the NJKF Kickboxing Featherweight Title and the WBC Muay Thai Japan Featherweight belt as his commitment to his craft made him one of his country’s top martial artists.

“The feeling of winning after lots of hard training is amazing. That time after the fight when I can celebrate and go out eating with friends is the best,” he says.

“That keeps me doing it – I just can’t give up. The whole cycle is like an addiction!”

He kept winning, and that led to the chance to compete for the WBC Muay Thai International Featherweight Championship at Tokyo’s famous Korakuen Hall.

“Momotaro” defeated Spain’s Carlos Coello Canales by second-round knockout to win the belt, and he says that is the proudest achievement of his career so far.

“That title match was my toughest ever. So much time and effort went into that. All those around me helping me train and looking after me, there was a lot of pressure then,” he explains.

“Before the fight, I thought about if I lost after everyone had put in so much effort. I was so relieved to get the win safely, and have the belt around my waist.”

Shooting For The Stars 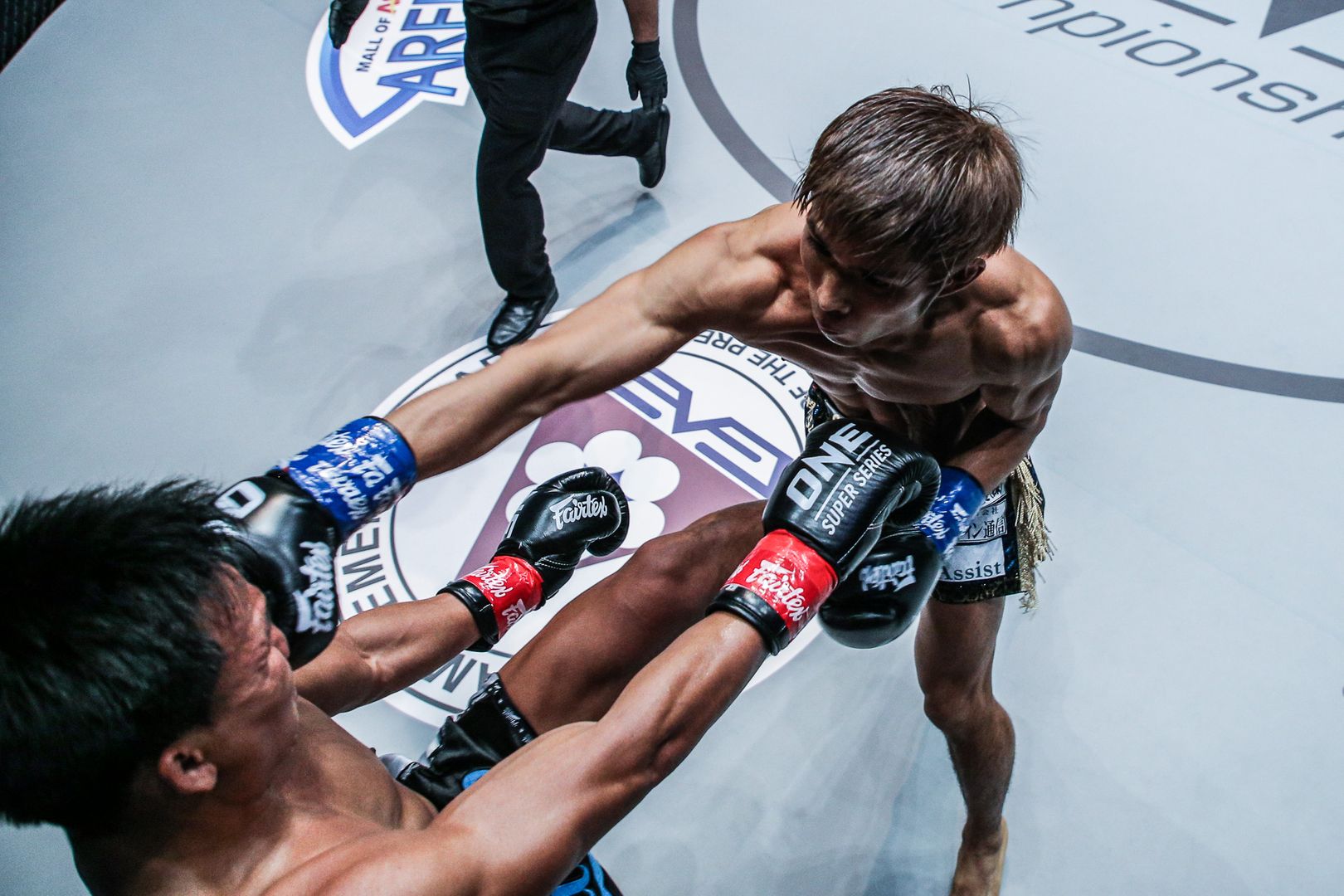 “Momotaro” already has one win in The Home Of Martial Arts – an impressive unanimous decision victory against Kenny “The Pitbull” Tse – but now he wants to take his career to the next level.

Though the 29-year-old has amassed some impressive achievements, martial arts has always been a part-time pursuit for him, until now.

He has made sure he has had no other distractions as he prepares to take on multiple-time Muay Thai World Champion Singtongnoi and push toward the top.

“In May this year, I quit my job to focus solely on winning in ONE, and I’m training full-time twice a day now,” he says.

“The flyweight division is deep with talent, and my goal is to get that belt around my waist.”

As he works his way toward the gold, the man from Tokyo is also keen to take advantage of his new platform, and test himself against the best competitors from all around the world.

He has the experience to give anyone a tough match, as well as the iron chin, exemplary technique, and raw athleticism that should make for more exciting contests.

“I’d like to fight Joseph Lasiri who beat Hiroki Akimoto. I was surprised when he gave Akimoto his first loss, so I want to test myself against him,” he adds.

“Also, Jonathan Haggerty or any European fighters would be a great match-up for me stylistically.”