Aleksi “The Giant” Toivonen felt right at home when he made his ONE Championship debut at ONE: MASTERS OF DESTINY on 12 July 2019. 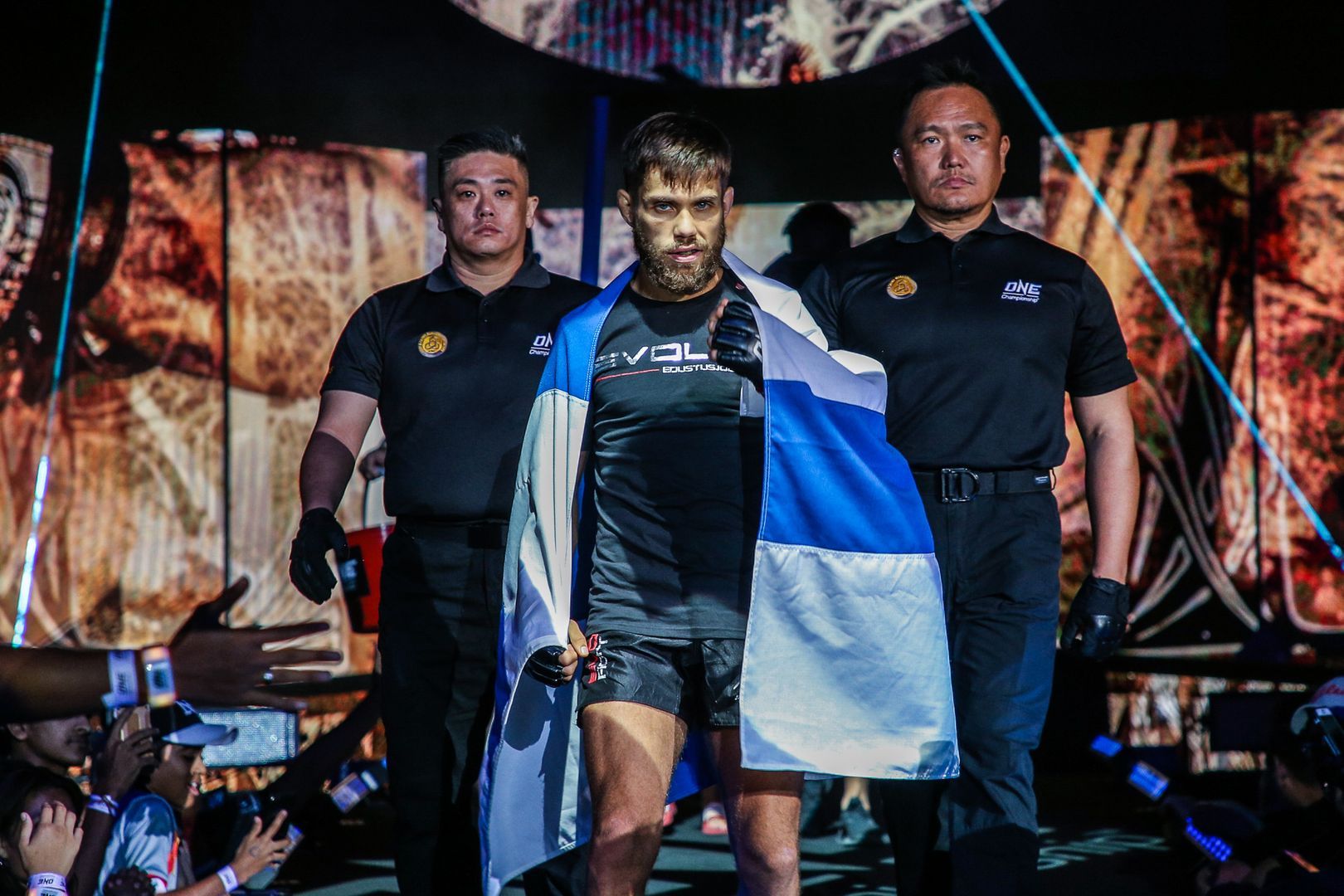 The cool Finn – who trains at Evolve in Singapore – did not let the occasion overwhelm him. He delivered a flawless first-round performance to defeat Akihiro “Superjap” Fujisawa in his first visit to Kuala Lumpur, Malaysia.

Toivonen let his experience override any anxiety, and he made sure to concentrate solely on the elements within his control on his way to kick-starting a successful career in The Home Of Martial Arts.

“I’ve traveled out of the country to fight [in the past]. In Finland, I used to travel to different cities to fight,” the 28-year-old says.

“Also, when I’ve cornered my friends, I’ve seen fight week in big promotions and what happened during that time, so I was very mentally well-prepared.

“I’ve seen so many [changing rooms] that it doesn’t really make a difference to me. I know what I’m doing. I have certain routines when it comes to warmups. I know how my body works and how my body reacts, so it’s all planned right beforehand.” 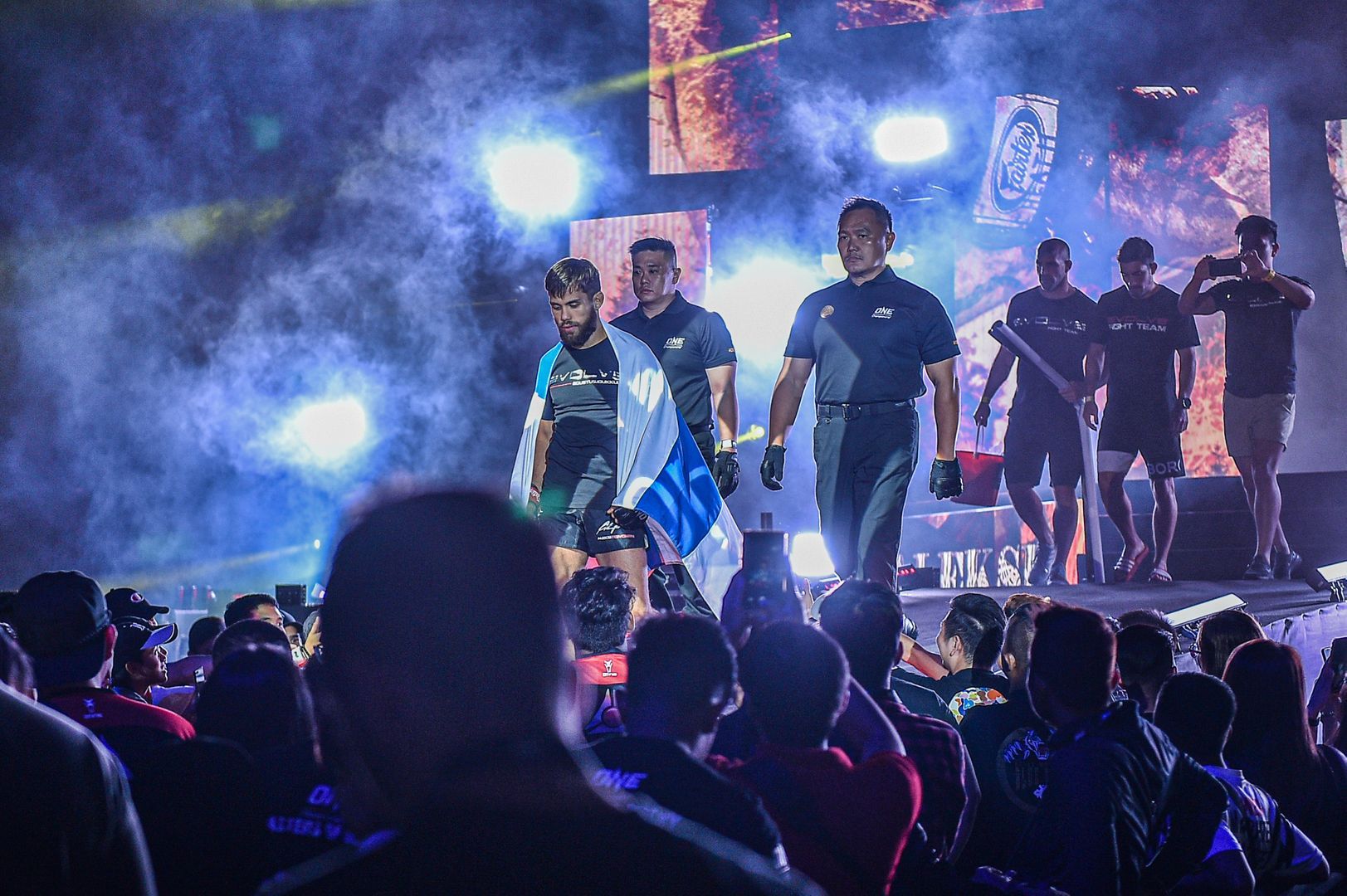 For many newcomers, reality hits them the hardest when they step out from behind the curtain in a packed stadium. Music vibrates through their bones, and an incredible light show unfolds as they make the walk to the Circle or the ring.

But even then, “The Giant” was not fazed. He already believed he would thrive on the global stage.

“Right before I walk out, I just get into that state of mind where I know I’ll perform [at my] best. I walk through and visualize the process a few times, and then I’m ready to go. I’m not nervous or anything. I feel relaxed,” he says.

“And then it was like, ‘Okay, let’s get to business and get this over with.’”

Toivonen certainly got down to business that evening. Once he stepped through the ropes, his focus never slipped until the job was done.

“It’s me, my opponent, and the referee. And the way I see it, they’re stuck in the cage with me, not the other way around,” he says.

“The fight went pretty well overall, but I had a bit of a feeling-out period in the beginning. I didn’t really spar at all for this fight, so I had to find my distance.

“Then when I noticed him stepping very heavy on his lead leg, I was able to find the timing for a good leg kick. I kicked him once, saw it hurt his left leg, and then I threw a fake jab, kicked again, and he buckled on the leg.

“He took a good shot at my leg. I defended it, took his back, and finished the fight with the rear-naked choke.” 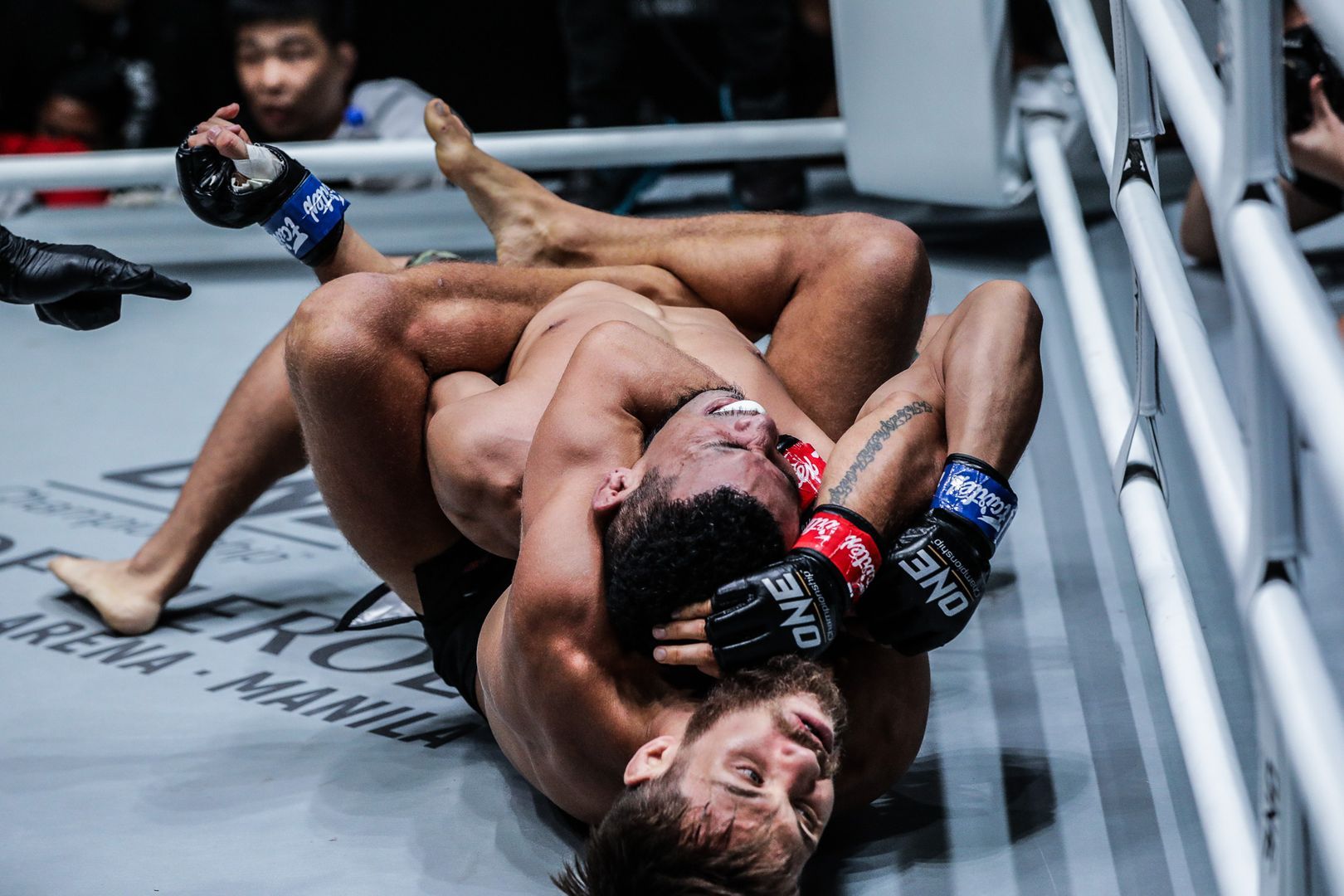 It was all over at 3:27 of the opening stanza, as “The Giant” established himself as a true threat in the flyweight division.

Still, the cerebral athlete did not get caught up in his massive victory. Instead, Toivonen was already thinking about making improvements for future battles.

“Of course I was happy, and getting the first-round finish was satisfying, but I was still not 100 percent happy with the performance,” he says.

“It felt great to win my debut, but overall, I was a little disappointed because I didn’t get to do everything I trained to do in that fight.

An injury has sidelined Toivonen since that successful debut, but the talented competitor is eager to be even more clinical when he returns to action.