Posted by ONE Championship on Wednesday, August 9, 2017

On Friday, 18 August, undefeated ONE Featherweight World Champion Marat “Cobra” Gafurov will defend his coveted belt for the fourth time when he squares off against Martin “The Situ-Asian” Nguyen at ONE: QUEST FOR GREATNESS.

The title bout takes place at the Stadium Negara in Kuala Lumpur, Malaysia, and is a rematch of their clash two years ago.

Posted by ONE Championship on Wednesday, August 16, 2017

In September 2015, Nguyen filled in for then-champion Narantungalag Jadambaa on short notice to challenge Gafurov for the ONE Interim World Featherweight Championship. Although he showed heart, Nguyen made a crucial error. That was all Gafurov needed, submitting Nguyen via rear-naked choke just 41 seconds into the contest.

Now, things are quite different. With both competitors having sharpened their skills over the past two years, they have proven to be the division’s cream of the crop. Also, each athlete has gone through the rigors of a full training camp, so when they step into the cage, they will be fully prepared for a five-round battle. 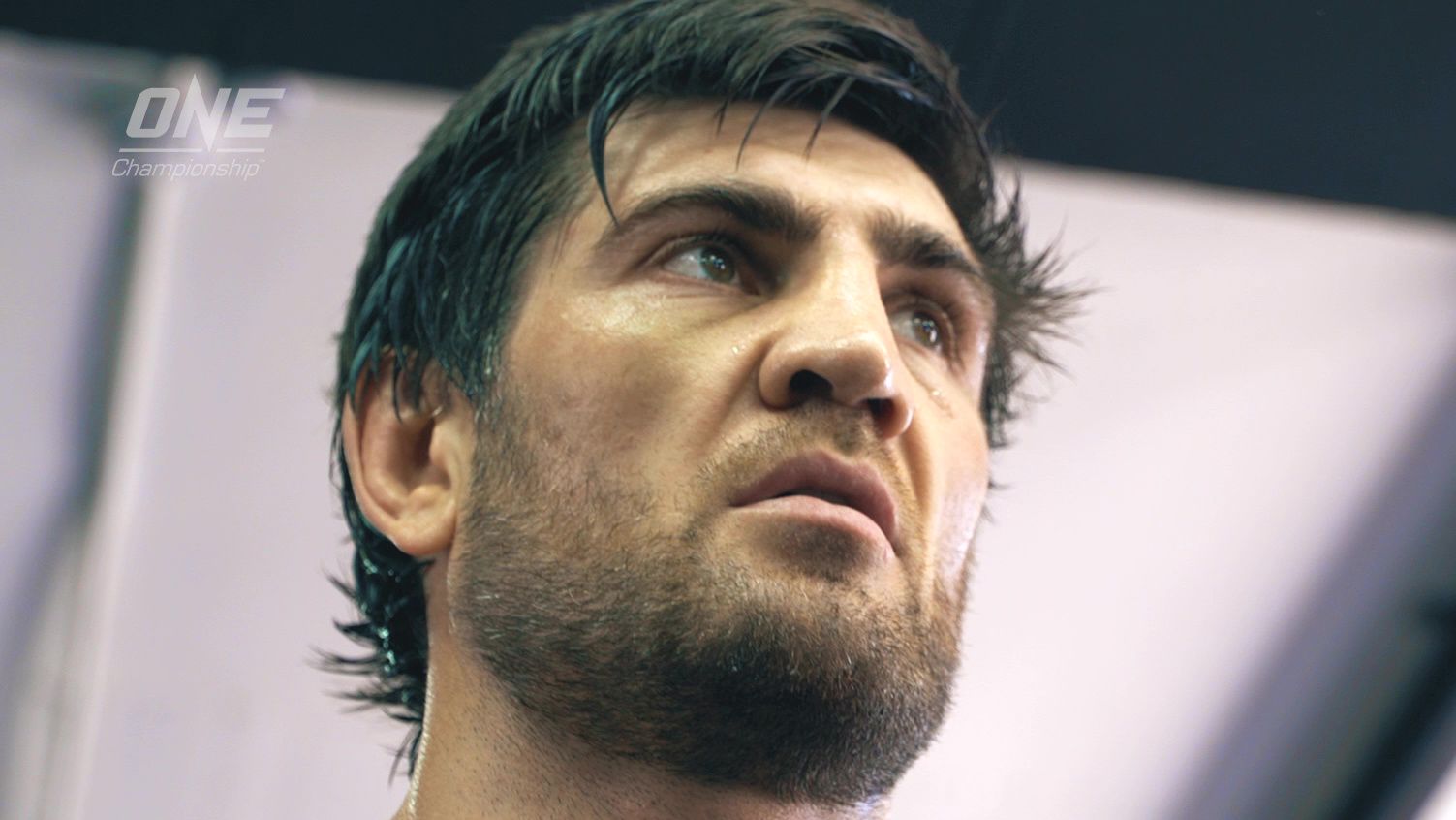 Gafurov started with wushu-sanda at the age of 15, and added Brazilian jiu-jitsu, pankration, and even sambo to his arsenal in the years to follow. Now a BJJ black belt, he has proven to be a prodigious talent, winning the FILA World Pankration Championship, the Russian ADCC Grappling Championship, the M-1 Global Featherweight Title, and a host of other honors.

Most recently, he trained for his upcoming bout at Eagles MMA alongside several Russian superstars, and was recently spotted in Thailand, where he is improving his Muay Thai.

As for Nguyen, the Vietnamese-Australian first went to KMA Top Team in 2010 in an effort to lose a little bit of excess weight. But after his first BJJ class, he fell in love, and was officially hooked. After spending the first two years of his martial arts journey winning grappling tournaments and martial arts competitions, he turned professional in July 2012.

Only a year into his new career, he won the BRACE Featherweight Title, and has since registered eight stoppages in eight wins, with his sole blemish being the loss to Gafurov. Nguyen credits all his success to his inspiring refugee parents, and vows to bring home the title to make his late father proud.

Their Quests For Greatness

Posted by ONE Championship on Thursday, August 10, 2017

Gafurov has been flawless throughout his entire career and, since his last meeting with Nguyen two years ago, has continued to look impeccable. The Dagestani finally met Jadambaa in a title unification match in November 2015, and although the Mongolian briefly stunned him, he was able to submit him via rear-naked choke in the fourth round to become the undisputed featherweight king.

Ever since that day, he has looked even better. “Cobra” tapped out two-division DEEP Champion Kazunori Yokota in May 2016 via second-round rear-naked choke, and followed that act with another victory over Jadambaa later that November in a rematch. When they clashed in their second encounter, however, Gafurov finished him even quicker — all it took was one round.

While Nguyen fell to the Dagestani grappler in September 2015, he was not truly ready. After all, it is difficult to be properly prepare for an unbeaten world-class athlete like Gafurov with limited time to train.

Still, that blemish ignited a fire in the Vietnamese-Australian’s belly, and Nguyen has rattled off four consecutive first-round finishes en route to another title shot. He defeated the Philippines’s Edward Kelly, impressively weathered the storm of Chinese prospect Li Kai Wen for a comeback TKO, put the seemingly-unstoppable Christian Lee to sleep, and knocked out former title challenger Yokota.

Posted by ONE Championship on Saturday, August 12, 2017

In addition to having the most title defenses of the ONE Featherweight World Championship, Gafurov has set a world record for having six consecutive rear-naked choke finishes. From his point of view, a seventh could be inevitable, as the “invincible” champion believes history will repeat itself.

“This bout is going to be exactly like the first one. It will end the same way,” Gafurov said in an interview last month. He is determined to end this match as quickly as possible.

On the other hand, Nguyen wants to extend his streak of first-round finishes. “The Situ-Asian” acknowledges this may be difficult, but does admit the bout will not go to five rounds. “It is either him finishing me or me finishing him, and I will do everything I can to finish this match,” he said. 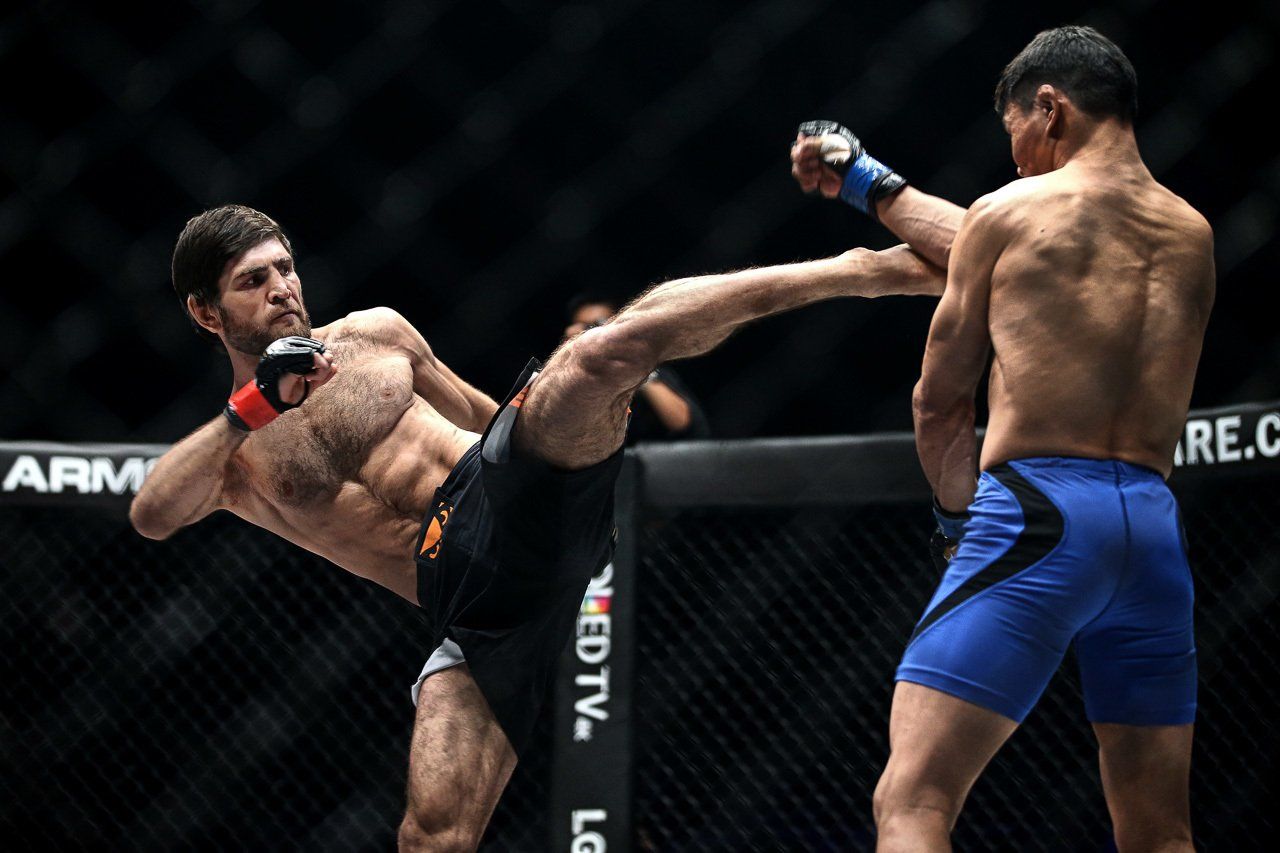 “Although Gafurov appears to be a master of the rear-naked choke, it is his complete game that makes him so effective. An opponent can become so consumed defending a possible RNC that they end up getting hit.

“Nguyen has grown in both confidence and his skill set. Momentum can be quite the advantage for an athlete. Keep in mind, Gafurov has had three wins himself, though.

“Gafurov is the type of competitor who imposes his will on his opponent. Though he may analyze his opponent, his match outcomes tend to produce the same result. If I were coaching Nguyen, I would devise an unorthodox game plan, and try to give Gafurov a look he was not expecting or prepared for.”

“Marat Gafurov is able to push a tremendous pace, and is extremely confident going into each contest. Being undefeated carries with it a certain aura, especially when that athlete has a superweapon like Gafurov’s RNC.

“Gafurov has been spending a lot of time in Thailand working on his striking, and what better place to develop ‘the art of eight limbs’ than in Thailand? So far, he has been able to out-grapple each of his opponents in less than four rounds since coming to ONE. The only question that has yet to be answered regarding his skill set is: what happens if he cannot take his opponent down?

“If Nguyen can keep this match on the feet, and use that blistering speed to out-strike and out-work the champion, he may come out as the new champion. Nguyen has become a more confident athlete with each passing first-round finish, and has been able to show a wide range of skills from unorthodox submissions to finishes through accurate striking. If he wants to leave KL with the belt, he has two keys to victory: keep this bout on his feet, and use movement to keep Gafurov guessing.”