After nearly two years of trying, Martin “The Situ-Asian” Nguyen (8-1) has finally found himself back in a contest for the ONE Featherweight World Championship.

Following four consecutive first-round victories, the 28-year-old will challenge the only man to ever defeat him, unbeaten ONE Featherweight World Champion Marat “The Cobra” Gafurov (15-0), for the belt at ONE: QUEST FOR GREATNESS on Friday, 18 August.

The main event, which broadcasts live from the Stadium Negara in Kuala Lumpur, Malaysia, is a rematch of their encounter from two years ago. Once again, Nguyen finds himself coming up against an overwhelming favorite, but according to the challenger, that is a role he thrives in. 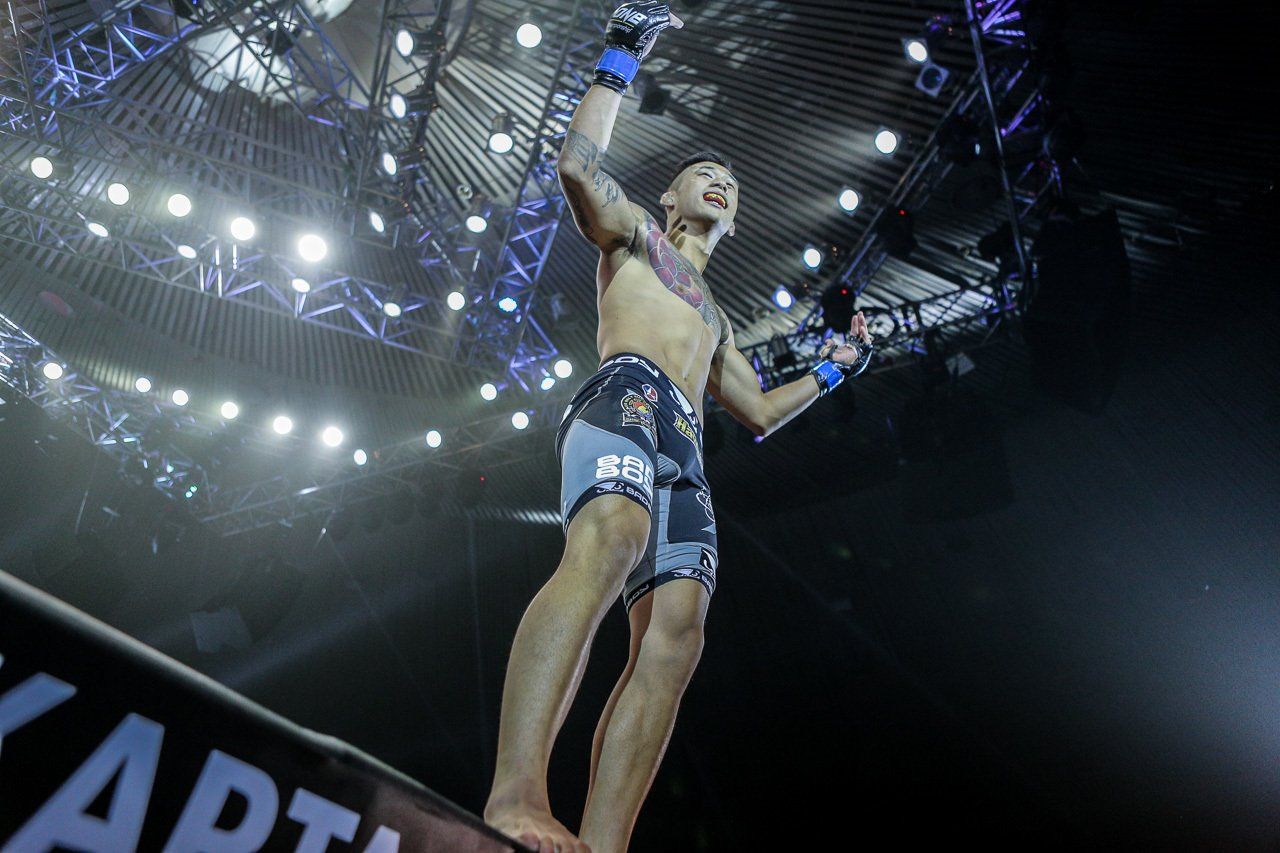 “I love being the underdog,” he states. “Being the underdog takes a lot of pressure off my shoulders as well. I am already reading posts from fans about how Marat (Gafurov) is going to take me out in round one again, but it was more of the nerves and my mistake in the first bout that he capitalized on.

“I did not really show any weaknesses in the first bout, so come this second bout, he will be very surprised if he is taking me lightly.”

Nguyen has taken the martial arts scene by storm ever since making his professional debut in 2012. He quickly won three bouts and captured Australia’s BRACE Featherweight Championship in 2013.

Following a submission victory in his ONE promotional debut in November 2014, the Australian filled in on incredibly short notice to meet Gafurov for the ONE Interim Featherweight World Championship at ONE: ODYSSEY OF CHAMPIONS in September 2015. 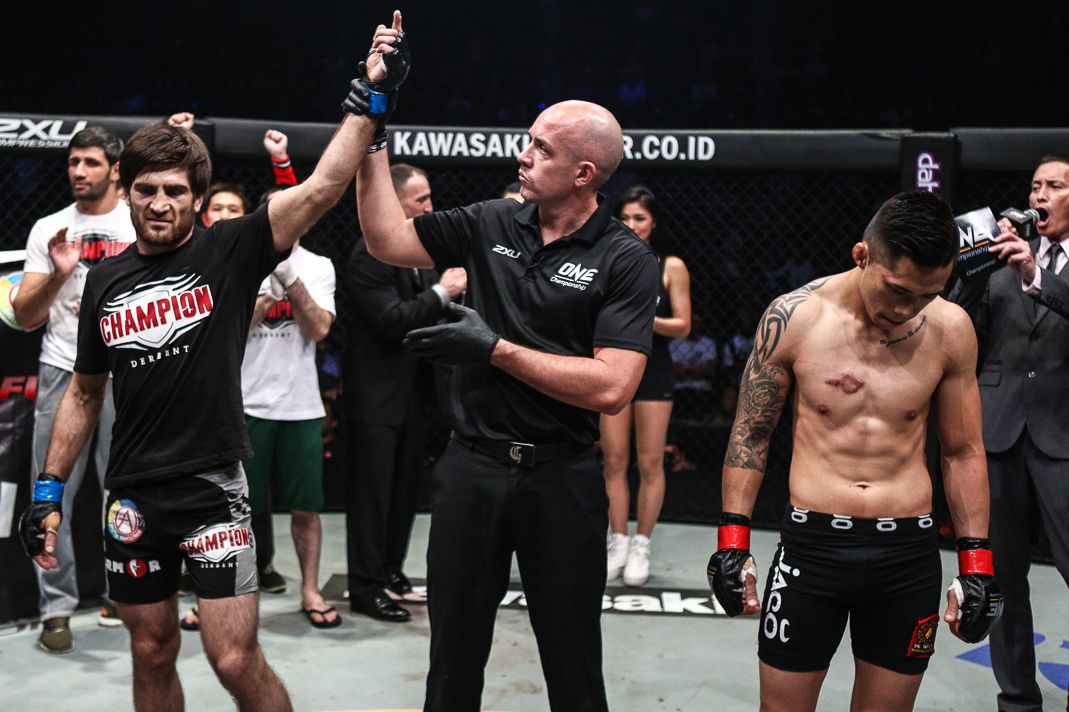 Despite showing immense heart, the Russian grappler was too much for him. Gaforuv submitted “The Situ-Asian” in 41 seconds to claim the interim strap. Months later, he would begin his reign as the undisputed ONE Featherweight World Champion.

“The nerves got the better of me. I was overwhelmed. It was more about the pressure of the title bout, and having time to get your head around the fact that you are competing for a world title,” Nguyen recollects. “Weight-wise, it was perfect. I was always going to make weight. As far as preparation went, I knew the strategies, and how my opponent was going to perform. But mentally, I was not there.”

Once the bout was over and the butterflies went away, the level-headed Sydney, Australia native got his mind set straight. He was eager to erase that “haunting” experience from his memory, and show the world how dangerous he really was.

Nguyen restarted his personal quest for greatness later that November by defeating Team Lakay’s Edward Kelly. He continued by stopping the Li Kai Wen hype train in April 2016, put the previously-undefeated Christian Lee to sleep in August 2016, and then knocked out battle-tested Japanese champion Kazunori Yokota earlier this January. Most impressively, all four of those victories came in the opening stanza.

With the knockout of Yokota, the Australian sent a message to the world.

“I had to make a statement to let everyone know I am coming back, and wanting this match against Marat (Gafurov). So, everything we worked for, I had to put out there in the first round. It took three and a half minutes, but eventually, I got the knockout.” 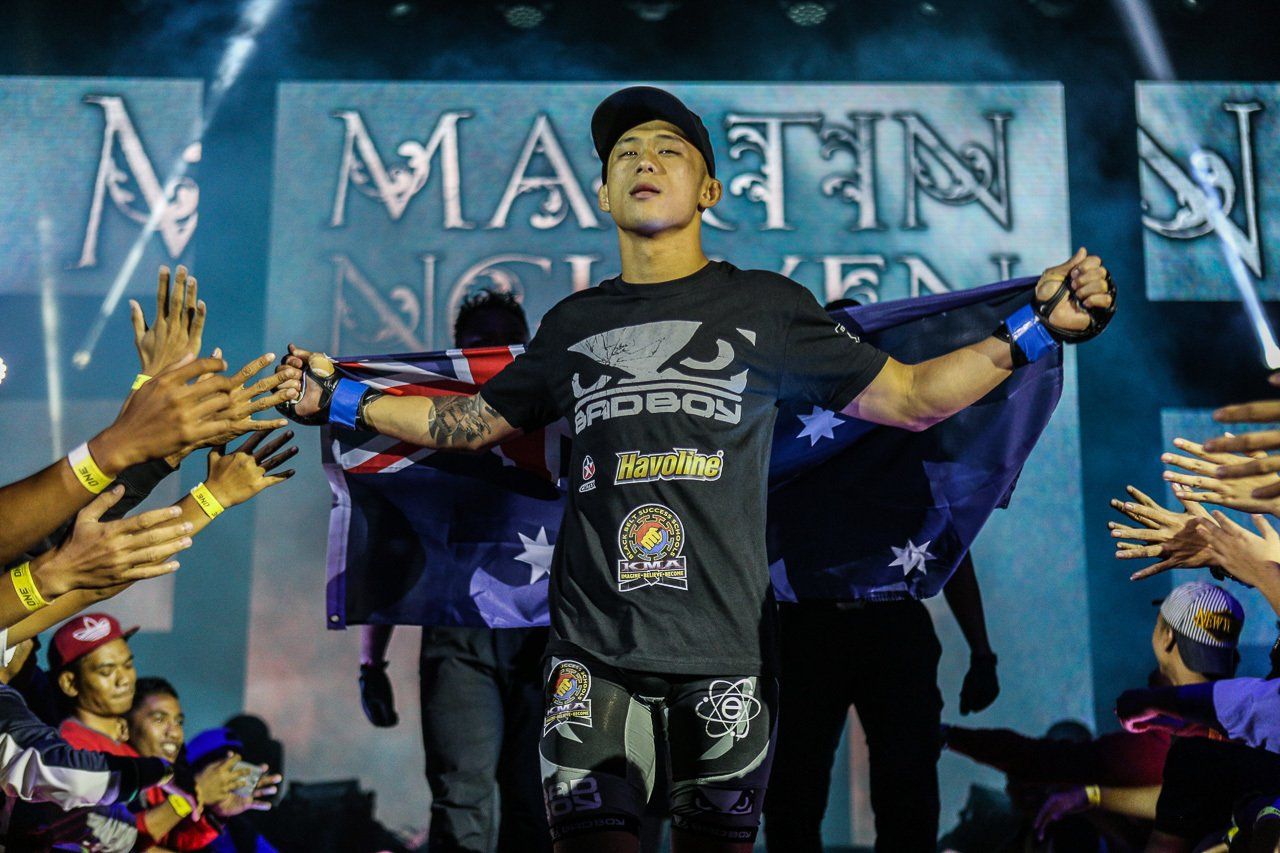 After the bout, Nguyen returned home and continued to train. A few months later, he received news that he was finally getting the title shot he was yearning for. He was getting a rematch against Gafurov at ONE: QUEST FOR GREATNESS, targeted for 18 August at the Stadium Negara in Kuala Lumpur.

As usual, “The Situ-Asian” is spending his training camp at KMA Top Team in New South Wales, Sydney, and says he is planning to keep his normal routine.

“I am not going to change anything,” he says. “This is part of the conversation I had with my team. Why change something that is not broken? It has helped me up to the fact that I have won four bouts in a row now, so why change anything else?

“Marat (Gafurov) is just human at the end of the day, so if I bring the same pressure and same aggressive style to my opponent, then it is up to him to adjust.”

To prepare for this golden opportunity, the featherweight challenger gets his day started at around 6:30 in the morning at the gym. For the next hour and a half, he focuses on his strength and conditioning, which will involve plenty of cardio.

In the evening, he goes to KMA Top Team, and spends another hour and a half working on his martial arts skills. The training sessions vary from intense pad rounds to wrestling and no-gi BJJ sessions, where he will continuously be tested by his team.

Finally, sparring is reserved for Saturdays, with athletes coming from local gyms all around to participate. It starts with a 20 minute warm-up comprised of cardio, stretching, and rolling, before progressing into 10 five-minute rounds of sparring. That should make it easier for him to participate in the championship rounds, should the bout against Gafurov go that far.

With title bout nerves behind him, Nguyen believes he will leave with the belt, and will do so in a blaze of glory.

“I foresee my hand getting raised at the end of this bout,” he says. “This is not going to go five rounds. It is either him finishing me or me finishing him, and I will do everything I can to finish this match.”