Marat “Cobra” Gafurov (15-0) is one of the most decorated martial artists in all of Dagestan, and the world.

The 32-year-old is a FILA World Pankration champion, a Russian ADCC Grappling Champion, and the Eurasian Champion in military hand-to-hand combat. Most famously, his crowning achievement is becoming the reigning and undefeated ONE Featherweight World Champion.

Even though he has worked immensely hard to obtain those honors, people never thought he would amount to all of this growing up. “My chances of shining on the world stage were extremely low,” Gafurov says with a chuckle. “I was expected to become a shepherd, not a martial artist.”

“Cobra” first discovered martial arts during his childhood. He was raised by his grandparents in the small village of Ishkarty, and although there weren’t any dojos in the area, he was hooked on a pair of action stars, and often mimicked the movements he saw in their films.

“My first introduction to martial arts was, of course, the movies. We all watched Bruce Lee and Jackie Chan,” he begins. “When I was a kid, martial arts movies drew the biggest crowds in cinemas. Those guys were my initial inspiration.”

That inspiration transformed the young Dagestani in the years to follow. Back in the late 1990s and the early 2000s, he got a hold of some VHS tapes featuring the era’s biggest martial arts promotions and their competitors. He would trade tapes with friends, and watch as many bouts as he could.

Gaafurov’s idol at the time was Magomedkhan “Volk Han” Gamzatkhanov. He was a sambo specialist who held a professional record of 21-8-1. But, most importantly, he provided the young “Cobra” with hope. “Volk Han” hailed from Dagestan, the same republic in which Gafurov was raised, and he was the perfect example of how someone from a small town could live out their dreams, and become a martial arts superstar.

“He was my absolute hero. It was almost surreal that back in the 90s someone from our part of the world could end up in Japan doing such cool stuff, and be a top athlete,” Gafurov explains. “It was incredible to see another Dagestan-born guy being so popular, so respected, and feared. Him competing there in Japan meant that I, too, might have a chance one day.” 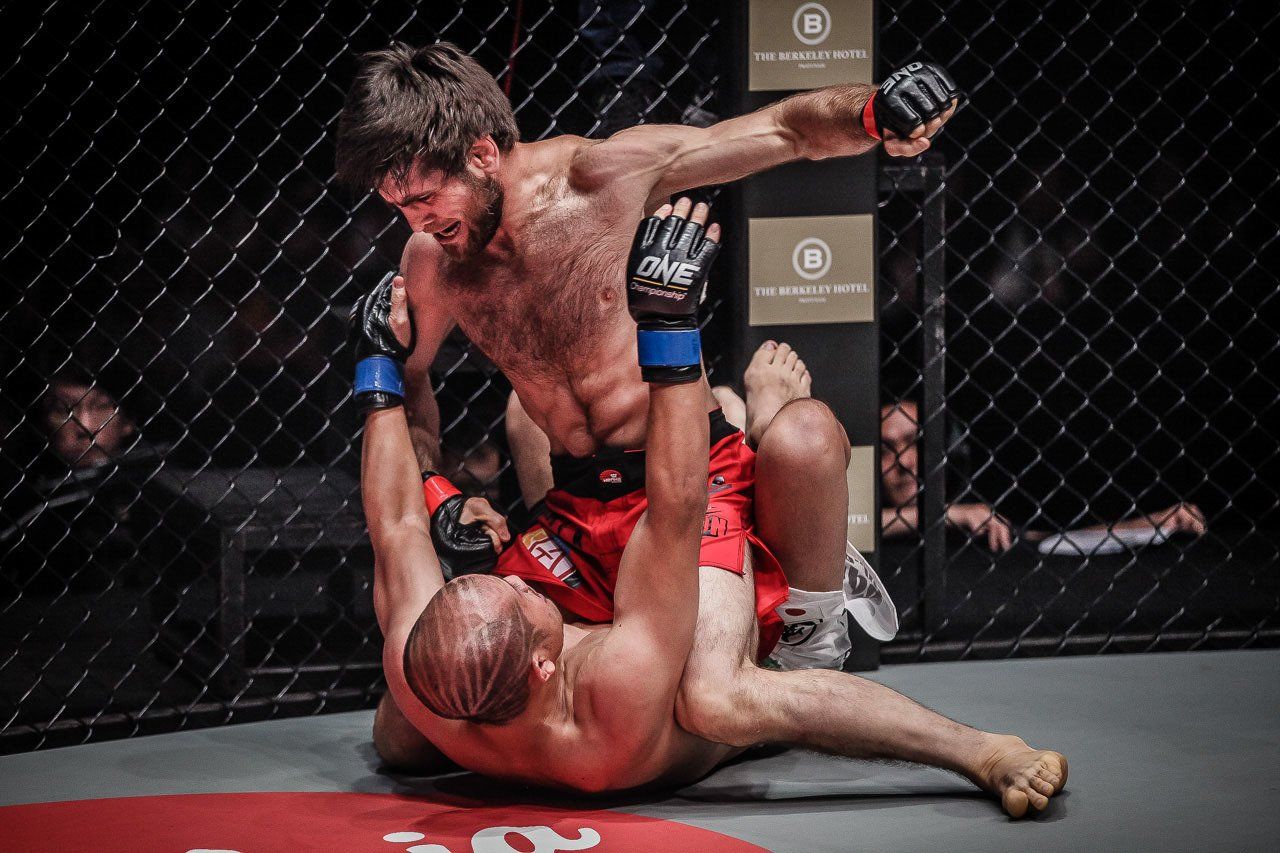 Just like that, a dream was born, and a young Gafurov would soon embark on a remarkable journey. By the time he reached age 15, Gafurov had relocated to the Dagestan capital of Makhachkala to live with his parents, and they brought him to his first dojo, Amanat Fight Club, to practice wushu-sanda. From there, he trained at multiple gyms, learned several different disciplines, and went on to win a slew of prestigious titles.

That was when he was a hit by a stumbling block. Gafurov’s father may have supported him initially in his martial arts journey, but he was not entirely encouraging of his son’s budding career.

Nonetheless, “Cobra” kept racking up medals, and then had a successful transition into full-blown martial arts competition. He would capture the M-1 Global Featherweight Title in 2012, leave the European promotion for ONE Championship two years later, and then claim the ONE Featherweight World Championship in 2015.

Posted by ONE Championship on Thursday, August 10, 2017

Now, Gafurov has become a national hero, just like “Volk Han”. “It is really nice that people recognize me on the streets now. They wish me luck, and thank me for representing Dagestan successfully in the international sports arena,” the champ confesses.

Also, his father is finally at peace with his son’s career, and has finally given him his approval. “He is not a man who gives many compliments,” Gafurov says, “so I am happy when he talks about me with pride now.”

It was difficult for Gafurov to become the champion, and now it will be even harder for him to remain the featherweight kingpin. On Friday, 18 August, he will defend the belt against Martin “The Situ-Asian” (8-1) Nguyen at ONE: QUEST FOR GREATNESS, live from the Stadium Negara in Kuala Lumpur, Malaysia. This will be a rematch of their brief encounter two years ago.

Posted by ONE Championship on Wednesday, August 9, 2017

However, while he was always inspired by martial arts legends, something else drives him now.“I have worked hard to achieve ONE gold. Now, it is a matter of pride to defend it again. I am going to do it for myself, for my family, and for the people of Dagestan, who are proud of me,” the titleholder says.

“Also, I really want my son to be proud of me when he gets older. Having a family did not change my way of life, or the way I train. I have always been disciplined and focused, but I feel a lot of responsibility for my wife and my kid, and I always remember that my behavior is reflected on them. So, I always try to do the best I can.”

The same way a little-known sports hero inspired Gafurov, “Cobra” now has the potential to inspire the world, and show young children everywhere that if you work hard, anything is possible.