Martin “The Situ-Asian” Nguyen (10-1) may have been a troublemaker in his youth, but he never had to look far to find inspiration, and set himself on the right path. For him, it was right at home, and came in the form of the man he called “dad.”

Before the ONE Featherweight and Lightweight World Champion was even born, his father and mother had to find a new home. When the Vietnam War was coming to a close in the 1970s, his parents sought a better life abroad, and ended up in Australia where they started anew.

Nguyen’s father quickly found work. He secured a job as a laborer in the tiling and carpentry industries, and was able to support his family through pure hard work.

“My dad worked hard just for us to get by. We were not the richest family, and we were not as poor as other people out here, but we got by,” the 29-year-old recalls. “He was my sole inspiration to work hard, just the way he was able to provide for his family.”

Not only was Nguyen senior able to put food on the table, but he even saved up enough money to take a couple of family vacations back to Vietnam, just so he could show his children their roots.

His father, his source of inspiration, kept him grounded so he could fly high.

Posted by ONE Championship on Thursday, March 22, 2018

Although Nguyen could not remember much of anything from his first trip to the Southeast Asian country at 6 years old, he returned again when he was nearly 18. That time, the trip resonated with him.

“My dad sent us all over to Vietnam, and that helped me discover where we came from. I discovered the community, met my cousins, aunties, and uncles, and it woke me up,” Nguyen explains. He also looked at his father in a brand new light.

“I came back to Australia and my parents wanted me to study, like all Asian parents do,” he continues. “But I just wanted to work and provide like my dad. At the time, I was with my current wife. We had our son, so it just motivated me to provide the best I could for him.”

Nguyen followed his dad’s lead, and supported his growing family as a full-time mechanic. But in 2010, he was quietly laying the foundation for a career in the martial arts. 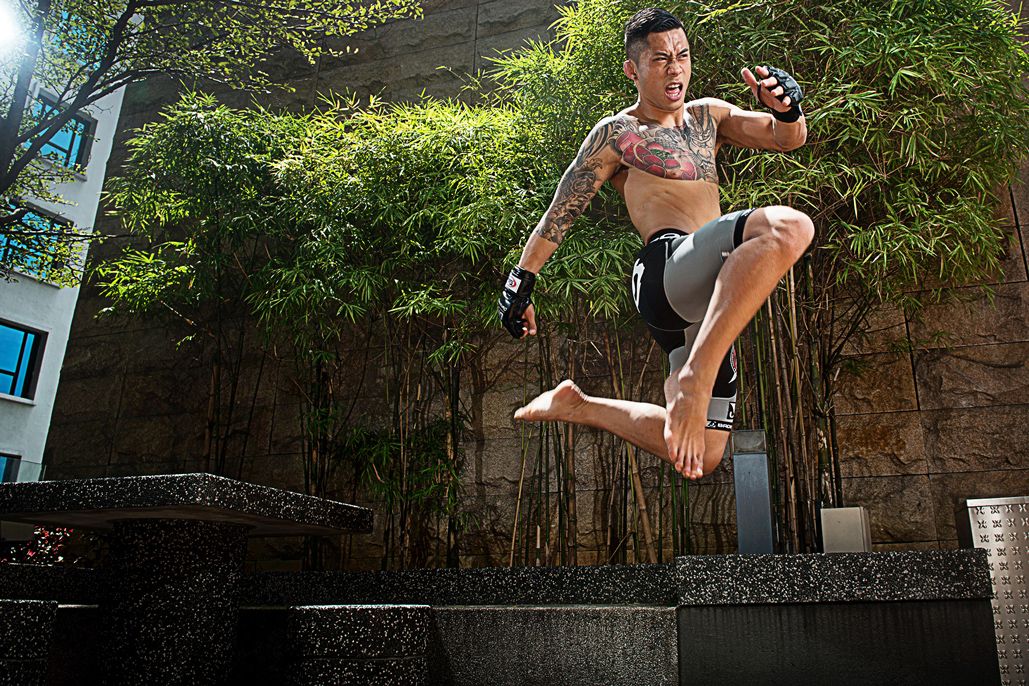 After an unsuccessful rugby career, Nguyen felt “a bit fat,” as he puts it, and started doing martial arts at KMA Top Team in New South Wales to get back in shape. That led “The Situ-Asian” to testing his Brazilian jiu-jitsu skills in grappling tournaments, and then competing in martial arts competitions at the amateur level.

While his father was not particularly fond of his son stepping into the cage, he watched, and supported him nonetheless.

In July 2012, Nguyen made his professional debut, and proved to be quite the talent as soon as the bell rang. He was flawless, winning every bout en route to capturing the BRACE Featherweight Title in November 2013. Like a good son, he brought the belt to his father shortly after winning it.

“My dad looked at it. He was all happy and taking pictures with it. It was awesome,” Nguyen begins. “And then he said, ‘Alright, you got the belt now. Enough. Just call it quits.’ No parent likes to see their child getting injured in a match or anything like that, so he said, ‘Enough now. No more.’”

Sadly, that was the last thing Nguyen’s father said to him with regard to his martial arts career.

Just a few weeks later, Nguyen’s dad tragically passed away. His father had undergone a bone marrow transplant so he could get more white blood cells into his body. The procedure was initially a success, but the healing process taking longer than usual. As doctors were preparing to do more testing, Nguyen’s father contracted the flu, and that eventually turned into pneumonia and took his life.

“I never experienced any hardship or heartbreak until then, and I will never forget that day,” Nguyen says. “He was in Melbourne at that time, so I flew into Melbourne to see him. Everything was happening so fast, and then he was gone. I did not even get to speak to him, and there are a lot of things I wish I could have said to him. It was heartbreaking.”

Nearly four and a half years later, he still carries that heartbreak around like an anchor around his neck. In fact, it is still difficult for him to talk about that tragic day.

Even though the Vietnamese-Australian is constantly reminded of his dad, he found a fitting way to pay tribute to him.

“The Situ-Asian” remembered his dad’s excitement when he held the BRACE Featherweight Title, and while he cannot replicate that scene again, he can do better by winning a few world championships in his honor.

In August 2017, Nguyen avenged his only career blemish by defeating previously unbeaten featherweight kingpin Marat “Cobra” Gafurov for the ONE Featherweight World Title.

The only thing I wanted to do once I got home. I hope your proud dad. Now that the dust is settling there are a heap of people I want to thank. First and foremost my wife @brooke_nguyen for always having my back and being the backbone to this small family we have. The fight camp coaches and KMA TOP TEAM – coach and mentor Master Fari @kmamartialarts , striking coach @chryslerdecastro and ground coach Bernardo @ribeirojiujitsusydney without you guys this mind and body would never be as prepared and ready for war. All my sponsors @faca_aus fighters against child abuse Australia, century martial art supplies, @flexalliedhealth , @badboybrands , @pwrmeals and @saigonsportsclub – thank you all for the support. Thank you to @onechampionship and the staff there. Absolutely professional every single time and it such an honour to be fighting for this company and finally my opponent Marat Gafurov who was the main inspiration to making me work twice as hard during training session to get me to this level. Who knows there might possibly be a rubber match in the future. Also thank you everyone who has sent me message and have called to congratulate me, you guys rock!! Best fans ever #teamsituasian !!! @onechampionship #onefc #onechampionship #kmatopteam #teamaustralia #teamvietnam #andnew #featherweight #champion #worldchampion

Days following the big win, he went to the cemetery, and placed the belt on his father’s grave.

“The last time my dad saw me was when I won the BRACE Featherweight Title. He saw it, we took photos together, and a couple of weeks later he passed away. That is the last thing we had together, that belt,” he explains. “So in terms of seeing him at the cemetery, it is like we were having this moment again.”

Nguyen then went one better. He defeated ONE Lightweight World Champion Eduard “Landslide” Folayang to claim his second world title belt in November, and his eyes on more gold.

This coming Saturday, he goes for his third world title belt. He will challenge ONE Bantamweight World Champion Bibiano “The Flash” Fernandes for the coveted title at ONE: IRON WILL in Bangkok, Thailand.

If “The Situ-Asian” wins once more, he will visit his dad yet again, only this time, it will be with three belts.