Impossible is nothing for “The Situ-Asian” as he creates monum…

Impossible is nothing for “The Situ-Asian” as he makes monumental ONE history!

Vietnamese Australian Martin “The Situ-Asian” Nguyen wrote himself into the history books on 10 November. With a stunning one-punch knockout of Eduard “Landslide” Folayang, the reigning ONE Featherweight World Champion added the lightweight world title to his shoulders.

The historic moment took place in the main event of ONE: LEGENDS OF THE WORLD in Manila, Philippines.

Just this past August, Nguyen ended the long reign of former undefeated titleholder Marat Gafurov with a huge overhand right. The 28-year-old Vietnamese-Australian then stepped up a weight class to challenge ONE Lightweight Champion Folayang for his title, looking to repeat the feat and become the first two-division world champion in ONE Championship history.

Remarkably, it was the same punch — Nguyen’s hand grenade of an overhand right — which proved the difference-maker once again, as he scored a spectacular knockout to shock the Manila crowd, end Folayang’s title reign, and capture his second world title in two contests.

The first round saw a cagey start, with both men seemingly wary of the striking skills of their opposite number. Folayang seemed to settle the quicker of the two, loosening up and showcasing the wushu striking style that saw him capture the lightweight world title from Shinya Aoki one year ago.

While Folayang, the hometown hero, was looking to score early with strikes from the outside, Nguyen was reading his opponent and staying patient. He kept to the center of the cage and bided his time. 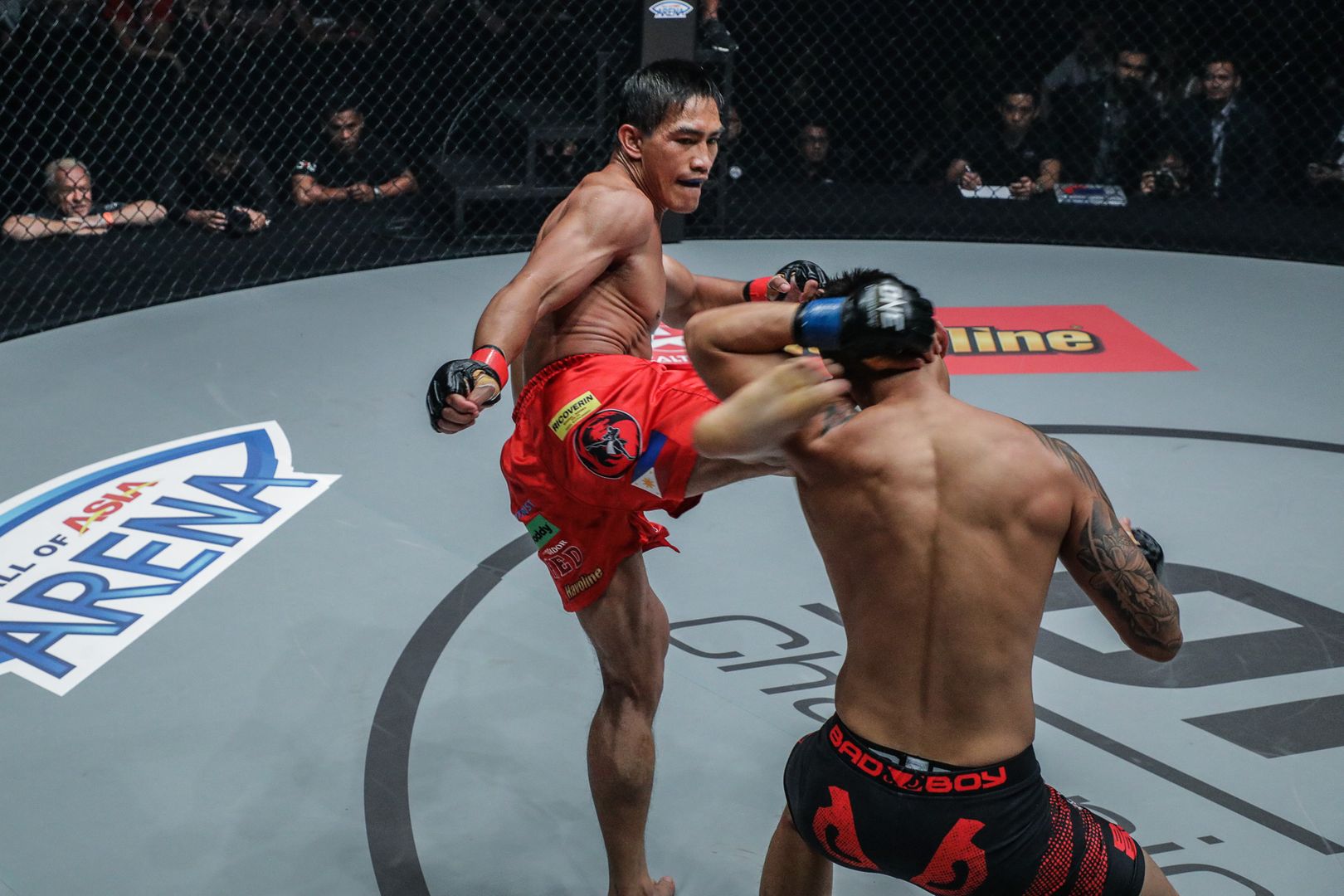 “Landslide” went to his kicks again at the start of the second round, and landed clean with a right high kick on Nguyen up against the cage. But the featherweight world champion took the strike well and, after a brief exchange of punches, circled away to the comparative safety of the middle of the cage once again.

Then, just as it seemed Folayang’s confidence was starting to build, Nguyen struck.

The lightweight world champion launched into a spinning back kick, but Nguyen was ready, and landed a perfectly-placed right hand to knock Folayang out. That forced referee Olivier Coste to dive in and stop the contest after 2:20 of the second round.

The immaculate knockout shocked the packed crowd in the Mall of Asia Arena, who had cheered their fellow countrymen all evening, and were hoping to round off a spectacular night with a hometown victory. 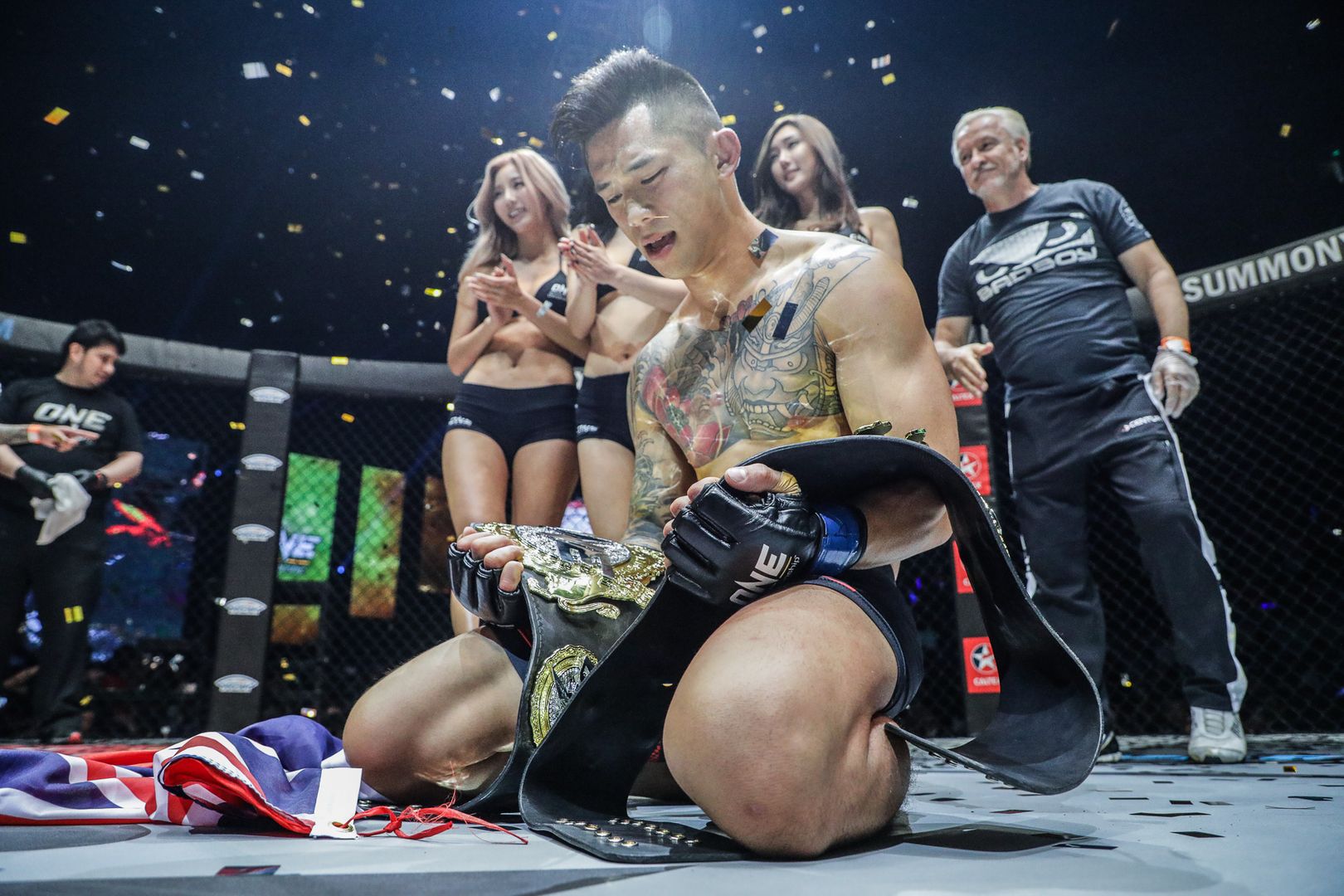 It was Nguyen who delivered the astonishing final word, as he produced one of the all-time greatest ONE highlight reel moments, extended his winning streak to six in a row, and scored his third straight one-punch knockout victory.

It caps a remarkable 2017 for the Vietnamese-Australian star, who trains out of KMA Top Team in Liverpool, New South Wales. Heading into the bout, Nguyen said he had set himself a dual goal for the year.

“Last year, I set my goals,” he explained. “I said to myself, ‘This year, I want to rematch Marat [Gafurov], take the belt off of him, and become a two-division champion.’”

Now, after the biggest win of his career took his record to 10-1, it is mission accomplished for “The Situ-Asian,” who heads into 2018 as a double world champion, the first in ONE history.