Martin “The Situ-Asian” Nguyen is one of the most talented athletes in The Home Of Martial Arts, but he could never have become ONE Featherweight World Champion alone.

The Vietnamese-Australian has his parents and community to thank for raising him and giving him the opportunities to prosper, his family for motivating him to succeed, and his coaches for molding him into an elite athlete.

This is the story of how the son of immigrant parents emerged from the land down under to rise to the top of the martial arts world.

The foundations were laid for “The Situ-Asian” before he was born.

His family lived in South Vietnam, but in the 1970s as the Vietnam War was coming to a close, Nguyen’s parents and many people in their neighborhood decided to move and seek a fresh start somewhere else.

The close-knit community traveled to Malaysia via boat, and then wound up in Indonesia, where they were taken into a relocation camp. Soon, they were flown to Australia and started to lay down roots in Liverpool, New South Wales.

“People of the local suburb and neighbors who had moved all kept close. They stuck together as one big group, and created a community here,” Nguyen explains.

“So basically, the people in the community are not blood uncles, blood aunties, and blood cousins. They are family friends, but I still relate to them as uncles, aunties, and cousins, because they all stuck by each other.”

Everyone looked out for one another, shared good news, and celebrated together. The community spirit is still strong to this day, decades later – especially when family and friends come together for food, drink, and karaoke.

“When they are all together, it is a massive concert. It is like a mini-Vietnam Idol,” he laughs.

“Man, when they are tipsy and have a microphone, there is no stopping them.” 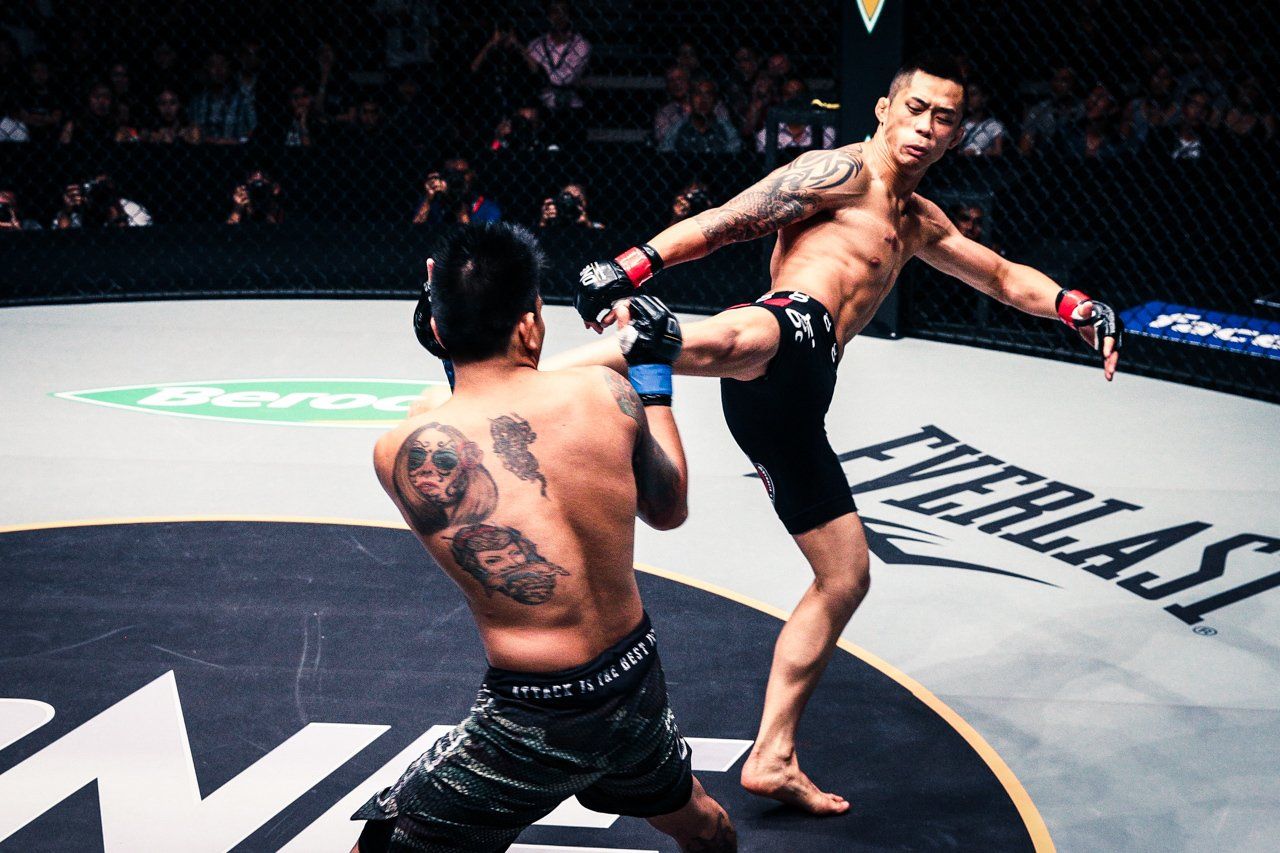 As a child, Nguyen admits he often caused trouble at home and in the classroom, but his mischievousness was curbed when he took up rugby aged 10 and performed well for junior rugby clubs, including the West Magpies.

He also grew up fast in his late teenage years when he met his future wife, Brooke, just before his 17th birthday. Three years later, in May 2009, they had their first child.

“[Having a son] made me realize I had to step up as the man of the family. We stopped going out, and everything was about our child,” Nguyen explains.

“At first, I was all about my mates and going out was the thing. We thought we were invincible, but then [Brooke] became the sole person I had to look after, and my son did as well. It made me become a man.”

Shortly after that, he reached another pivotal moment in his life. Following some injuries, he lost his enthusiasm for rugby and quit the sport. After that, he gained some weight, so he started to look for another sport that would help him shed his unwanted kilograms.

When he stepped through the doors of KMA Top Team in 2010, he found a new passion as well as a way to shift his excess weight.

“I started taking up BJJ classes after being a bit overweight,” he says.

“The discipline through martial arts is on another level compared to contact sports such as rugby league.”

Nguyen was hooked on Brazilian Jiu-Jitsu and it re-ignited his competitive spirit. He performed well and finished third in a competition, and then started to add to his skills so he could try mixed martial arts.

In 2011, he entered his first amateur tournament in his new sport and won all four matches against larger opposition. After he repeated the feat the following year, “The Situ-Asian” decided to go pro.

“It was time for me to bring my skills to the cage, and see what I could do,” he says.

Nguyen made his professional debut in July 2012 and quickly stood out as one of the brightest young stars in Australia.

Three stoppage victories in his first three contests took him to a national title, which led him to a spot on the roster of the world’s largest martial arts organization. He picked up where he left off with an inspiring win in his debut.

The only blemish during his first five years as a pro was his loss to Marat “Cobra” Gafurov, when he admits he was thrust into a ONE Interim Featherweight World Title match too soon. It was only his second match in the Circle, which he accepted on two days’ notice.

However, after two years to improve his skills and build a sensational winning streak, “The Situ-Asian” got the chance to redeem himself in August 2017. After he masterfully defended the Russian’s submissions, he scored an incredible knockout to knock Gafurov out, and claim the ONE Featherweight World Championship.

That is one of Nguyen’s proudest moments, and it was made extra special because his wife was by his side.

“It is so surreal,” he recalls. “My wife was there for my match in my promotional debut, and she was in the cage when I got my hand raised after beating Gafurov. When I jumped off the cage, I saw my wife, and we had this moment again.”

Nguyen followed that up with another career-defining performance three months later when he stepped up in weight and captured the ONE Lightweight World Title from Eduard “Landslide” Folayang in another stunning upset.

Though injury forced “The Situ-Asian” to vacate his lightweight belt, but he has gone from strength to strength with a trio of defenses at featherweight. Plus, now that he spends some of his time training at Sanford MMA in Fort Lauderdale, Florida, he is confident he can enjoy many more years as the top dog.

“The reason for the move was I had to step outside my comfort zone to train with the best,” he says.

“You have to train with lions and I made that move and I’ve never looked back since. I’ve gained so much more confidence not only in my striking but my wrestling… it’s just built in an inner fire inside me and I’m ready to display it.” 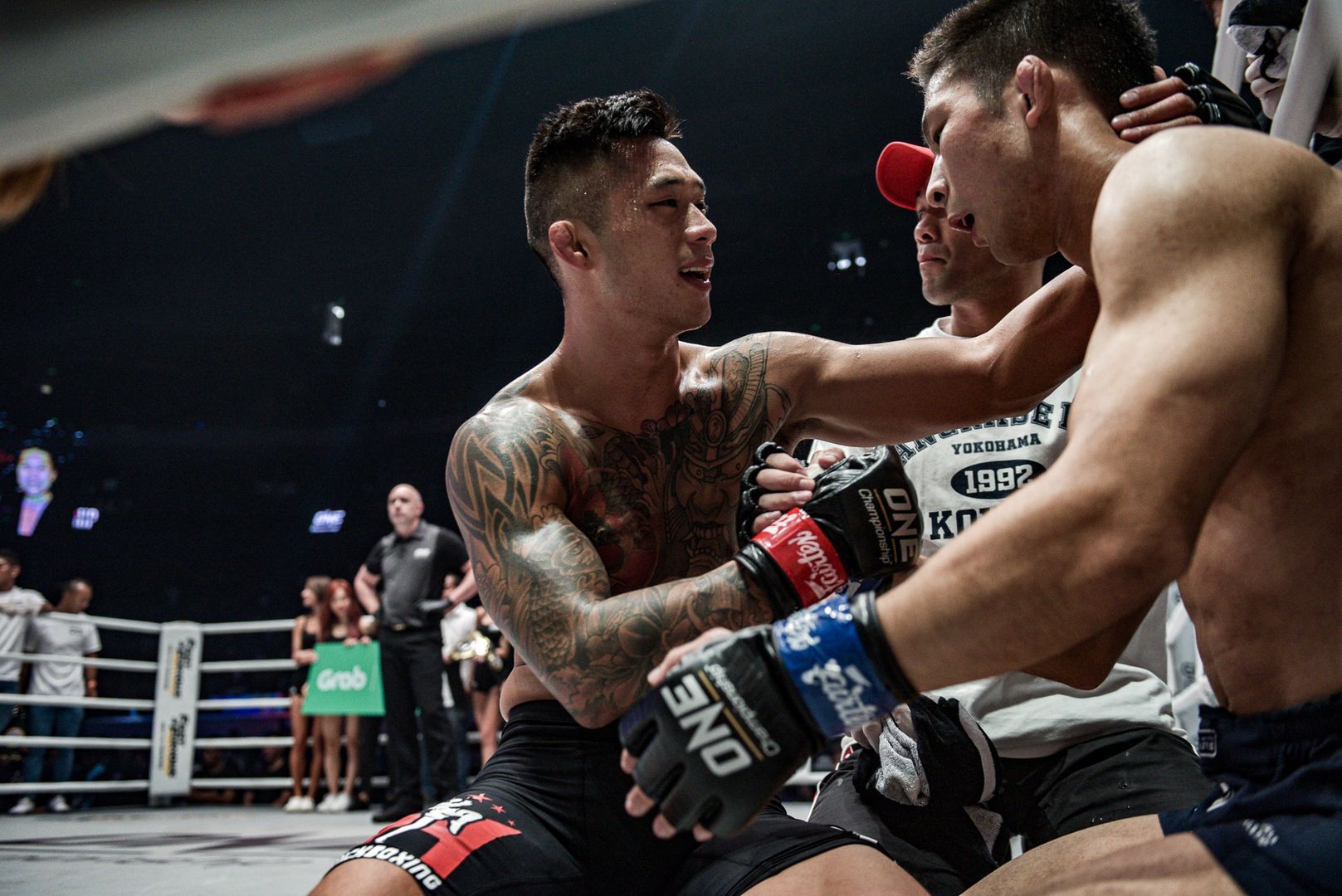 Though Nguyen has reached the pinnacle of his sport, he is not satisfied yet.

He wants to use his success to encourage people – from Vietnam to Australia, and all around the world – to embrace the same mentality that he has so they can achieve their dreams.

“I want to inspire people,” the Vietnamese-Australian says.

“If you really want something in life, you have to work hard for it. You have to put your head down, set your goals and meet them, and that is what I want to push to the new generation.”

One of the best ways to do that, he believes, is through martial arts. Nguyen’s training has shaped his mentality and way of life as much as his career in the Circle, and he hopes it can do the same for others.

“The main thing martial arts has provided me with is discipline, and the values of life – not only through combat sports, but the family values of how people get together, meeting other people, learning their journeys, and experiencing your own,” he adds.

“It has helped me a lot through life, and with the support of my wife, this martial arts career has been phenomenal. It has been a great journey so far.”