Martin “The Situ-Asian” Nguyen set out to accomplish what many had deemed impossible.

“Everyone was geared up,” he recollects. “I was kicking back, watching the show, and hitting the pads a little bit. I do not like to punch myself out beforehand. I knew what I had to do. As it came closer to my match, I was getting fired up.” 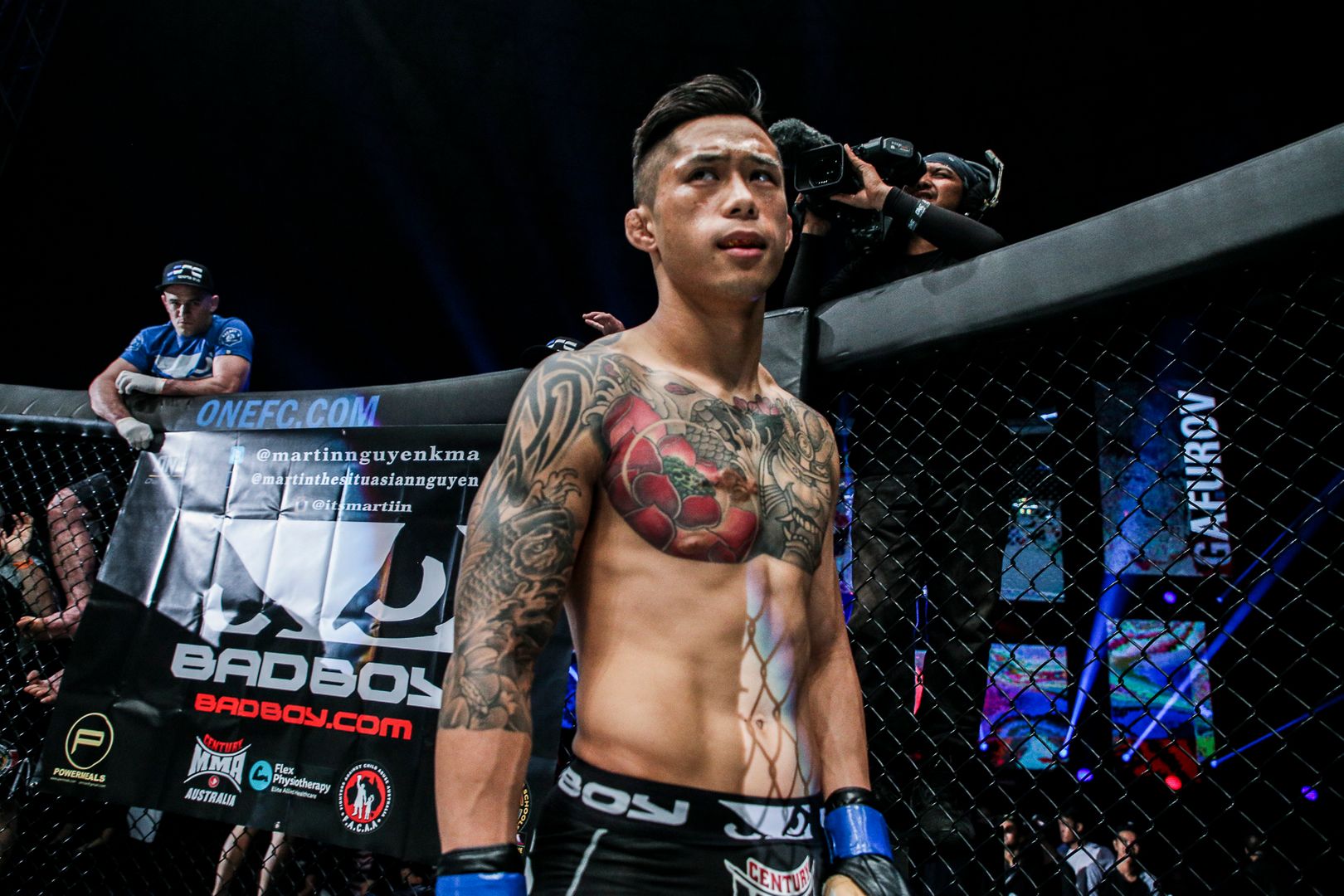 Soon, it was showtime. Within 45 seconds, the Dagestani stunned Nguyen with a short uppercut, and had locked in a body triangle. The champion was clearly looking for his seventh -consecutive rear-naked choke finish, the same move he used to end their initial encounter nearly two years earlier.

For Nguyen, it was almost a sense of deja vu. But unlike his last bout against “Cobra,” he remained calm.

“The first time we met, I was in panic mode,” he admits. “But I trained with BJJ guys who took my back whenever I was on the ground, and we drilled worst-case scenarios. We had guys up to heavyweight taking my back, and putting on the body triangle.

“Throughout the eight-week training camp, it was all about being patient, and confident about getting out of that position. It was muscle memory at the end of the day, so when he had my back, I was not panicking.” 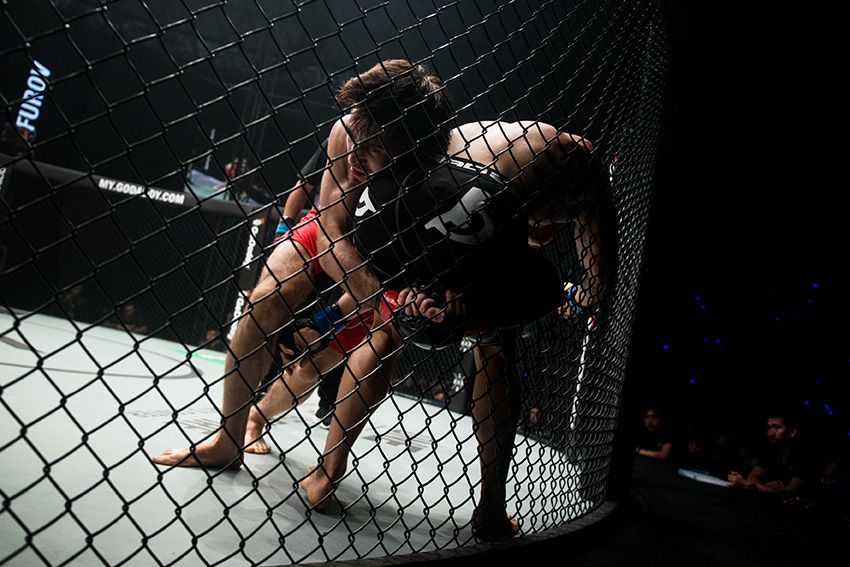 Nguyen’s patience was crucial in advancing towards a more favorable position. The calm underdog methodically took his time getting back to his feet, and separating from Gafurov’s grasp. By doing that, he feels he mentally broke the Dagestani.

“Once I got into a position where I felt very comfortable, I knew sooner or later he was going to break that body triangle and let me go.”

Frustration started to set in for the champion. Even though Gafurov took him down a few more times in the opening stanza, and once during the second frame, “The Situ-Asian” escaped each time, found his way back to his feet, and picked his shots.

Then, a minute into round two, “Cobra” dropped his lead hand as he threw a leg kick, which left him exposed. Nguyen instantly countered with his trademark overhand right, which knocked out the champ and drove him face-first into the canvas. He followed up with three more punches, and the referee immediately stopped the bout.

“It was a perfect hit. A perfectly-timed punch, and it put him out,” Nguyen says. “If you watch the whole match, every time he threw the left leg, whether it was an inside kick or roundhouse kick, the hand is always down. We noticed that, and it was a matter of time before we landed that overhand.” 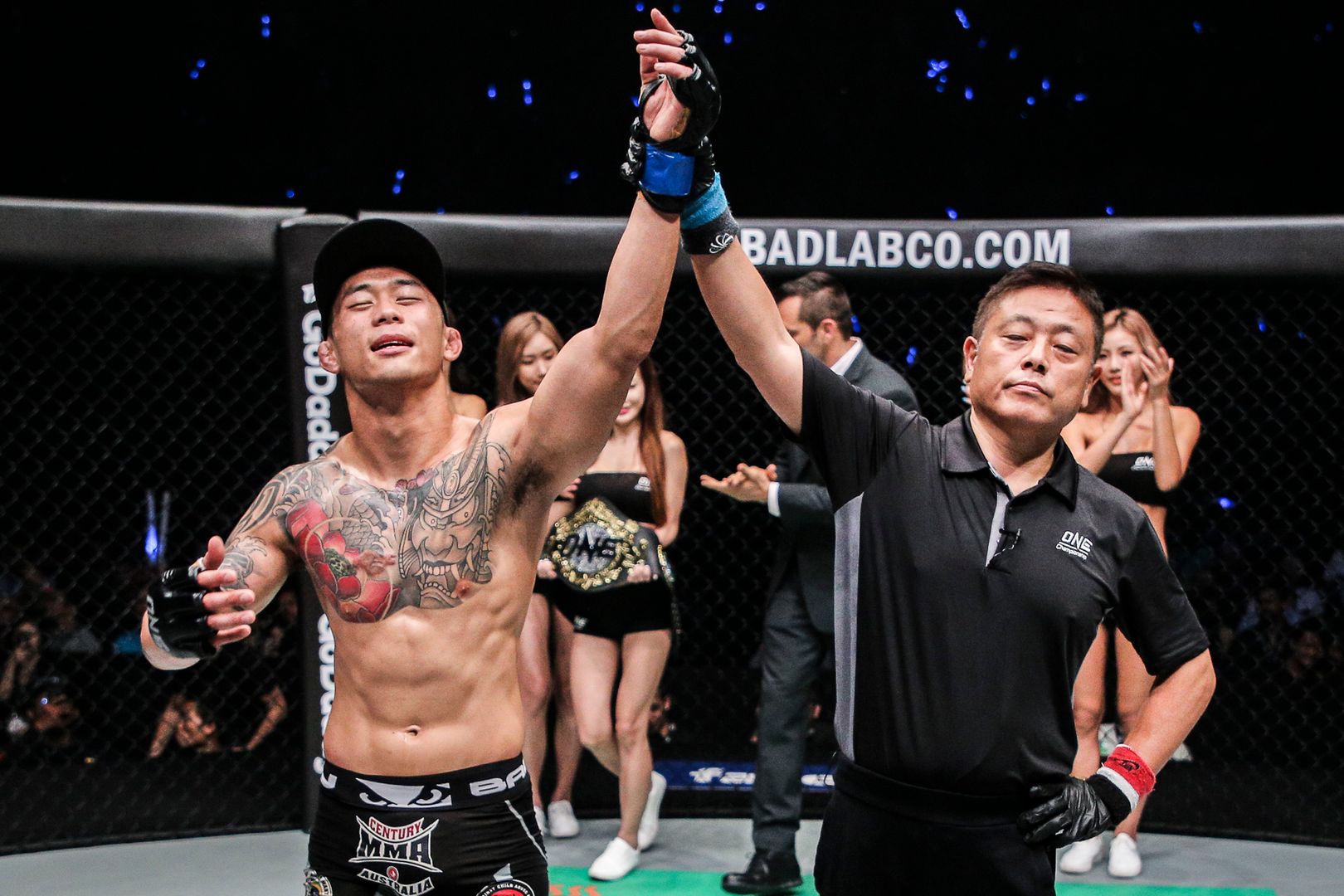 That is when “The Situ-Asian” became emotional. Nguyen climbed the cage to the roar of the Malaysian crowd, heard his name announced as the new ONE Featherweight World Champion, and had the belt wrapped around his waist, all while silver and gold confetti dropped from the rafters.

When his wife entered the cage, the memories just came pouring out.

“It is so surreal,” he begins. “My wife was there for my match in my promotional debut, and she was in the cage when I got my hand raised after beating Gafurov. When I jumped off the cage, I saw my wife, and we had this moment again.”

When Nguyen made it backstage, he saw Gafurov, who had immediately left the cage upon being defeated. The Aussie gave the former titleholder words of encouragement through Gafurov’s cornerman and ONE bantamweight competitor Yusup Saadulaev. After that, the two took a picture and went their separate ways.

Needless to say, he soon started receiving messages of congratulations and support from all over the world via social media. Even his martial arts hero Cung Le messaged him on Instagram.

“That was a dream come true,” he explains. “Cung Le was the first Vietnamese person to win a world title, so for him to give me inspirational messages, it makes me feel humble. I felt the support around the world.”

Nguyen’s biggest celebration, however, came when he arrived back home in Australia that Monday. He was treated to a party organized by his in-laws, his children, and his neighbors. He then experienced something he describes as a classic “iPhone moment.”

“The first person to run over to me was my son — not even to say hello or ‘How are you, dad,’ but to rip the belt out of my hands to show his mates,” the new champ says with a laugh.

The only thing I wanted to do once I got home. I hope your proud dad. Now that the dust is settling there are a heap of…

Still, there was one final thing he had to do. He went to the cemetery to visit his father’s gravesite, something he very rarely does, because it is too emotional. He brought the belt with him and laid it across the grave.

“The last time my dad saw me was when I won the BRACE Featherweight Title. He saw it, we took photos together, and a couple of weeks later he passed away. That is the last thing we had together, that belt,” he says. “So in terms of seeing him at the cemetery, it is like we were having this moment again.”

From getting constantly threatened by Gafurov’s rear-naked choke, to celebrating victory in the cage with his wife, to sharing the title with his dad, Nguyen seemed to be reliving his life up to that point. 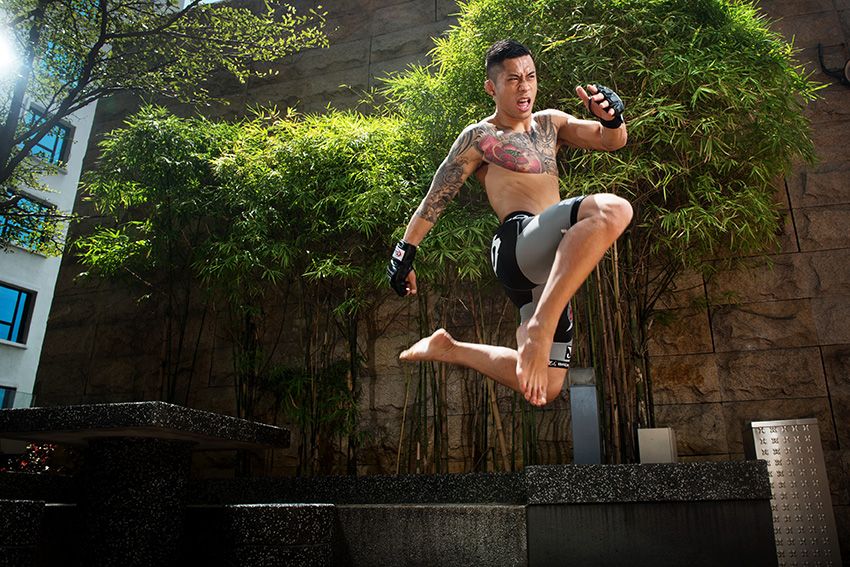 Now, with the world title in his hands, one journey has come to an end. However, a new journey is just beginning.

“I feel like I have not reached the pinnacle of my career. There is a lot more to go, and it makes everything a lot more exciting and enjoyable. It is like starting martial arts all over again.”

The next step of his journey begins on Friday, 10 November, as he challenges ONE Lightweight World Champion Eduard “Landslide” Folayang at ONE: LEGENDS OF THE WORLD. There he will get the chance to make history as the promotion’s first two-division world champion.