After resuming its flagship event schedule, ONE Championship is set for more action in Thailand on Friday, 14 August.

The world’s largest martial arts organization will stage ONE: NO SURRENDER II in Bangkok, and the show has many intriguing storylines to get excited about.

Just like ONE: NO SURRENDER, the sequel will feature a kickboxing match, a pair of mixed martial arts bouts, and a trio of Muay Thai contests.

Here are five reasons why you must tune in this coming Friday.

ONE: NO SURRENDER II will feature the first ONE Bantamweight Muay Thai Tournament semifinal matchup.

The exciting contest – which will also be the card’s main event – will see Saemapetch Fairtex take on Rodlek PK.Saenchai Muaythaigym for the fourth time in their careers.

When Saemapetch first competed against the veteran, his inexperience showed and he lost the battle. He was sharper in the rematch, earning a decision victory, but Rodlek then won the trilogy bout just a month later.

We’re now six years removed from their last meeting, and this time, the victor will move one step closer to challenging ONE Bantamweight Muay Thai World Champion Nong-O Gaiyanghadao.

When the action begins, Saemapetch will bring the new tricks he learned from Nong-O along with his devastating left kick and cross, while Rodlek will bring his boxing and pressure-fighting style. It’s sure to be a hard-hitting affair that entertains from beginning to end.

The co-main event will feature a kickboxing clash between two of the most accomplished Muay Thai competitors born outside of Thailand.

Meanwhile, Frenchman Leo Pinto was just 17 years old when he was named the 2010 Lumpinee Stadium Best Fighter Of The Year.

There are a few more intriguing storylines here, too.

Adam Noi, a student of Zatout’s at Venum Training Camp Thailand in Pattaya, spoiled Pinto’s promotional debut back in January. So for Pinto, this is an opportunity to earn some redemption.

Additionally, both Zatout and Pinto hold 76 wins in their combined Muay Thai and kickboxing careers. Only one of these warriors can make it to 77 in this contest. 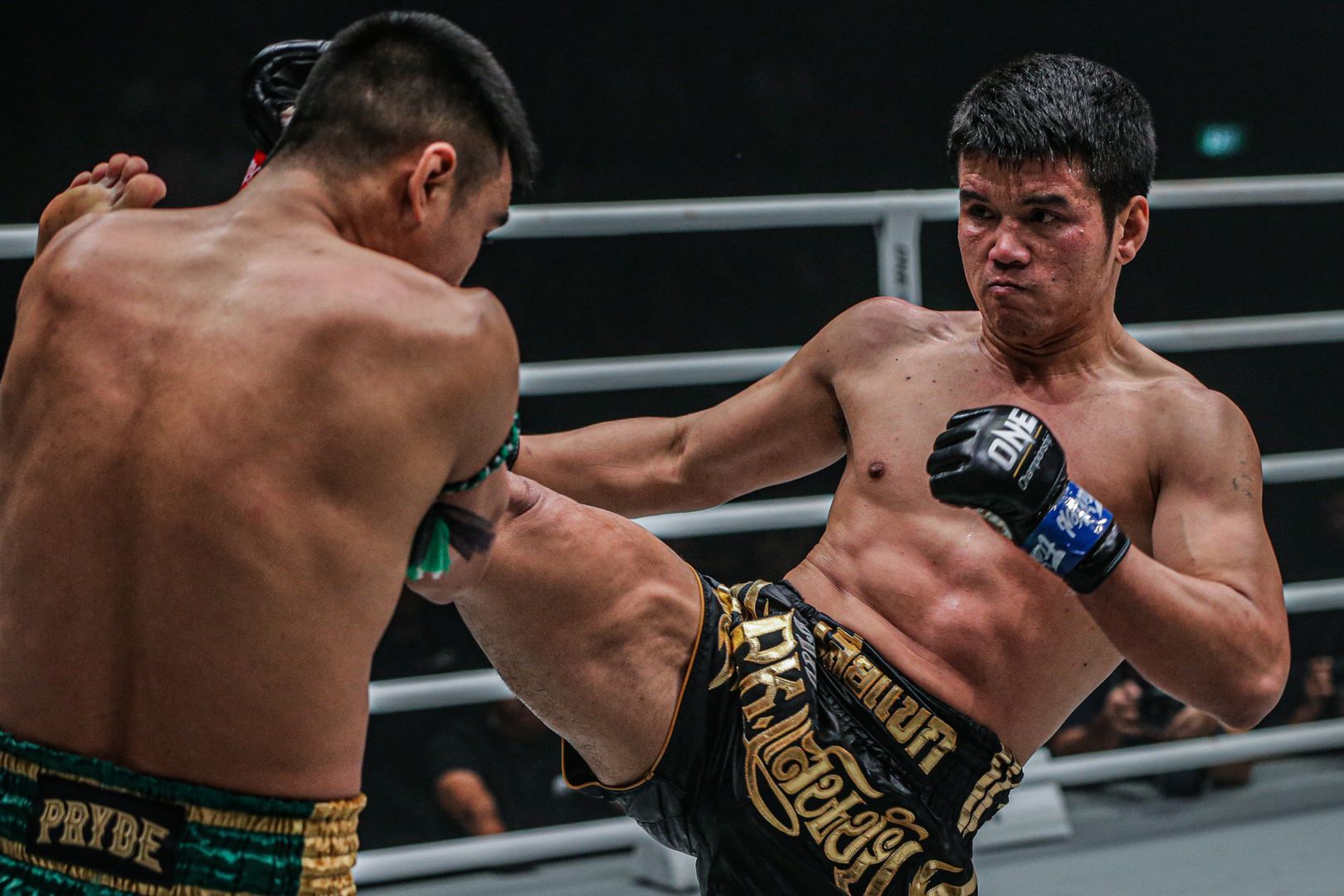 In February, Pongsiri PK.Saenchai Muaythaigym stepped up to the plate on less than a week’s notice and challenged an in-shape Petchmorakot Petchyindee Academy for the inaugural ONE Featherweight Muay Thai World Championship.

Despite not having the luxury of a full training camp, Pongsiri went toe-to-toe with the potent striker for five rounds. And while the 29-year-old lost the World Title fight, he displayed impressive endurance and durability.

Now, Pongsiri gets a chance for some redemption in front of the global fan base. This time, the PK.Saenchai Muaythaigym product will square off against Petchmorakot’s teammate, Sorgraw Petchyindee Academy.

Once again, Pongsiri will give up an 11-centimeter height advantage, but if the four-time Muay Thai World Champion gets past the reach, the kicks, and defense of Sorgraw, he could potentially break into ONE’s Athlete Rankings and eventually secure a rematch with the division’s reigning king.

Yodkaikaew, a MAX Stadium Muay Thai Champion, has brilliantly applied his striking to mixed martial arts. Since making the transition, he holds a 4-2-1 professional record, with three of those victories coming via knockout.

Likewise, Tiger Muay Thai’s Shink is a true martial artist who’s competed in various disciplines, including Muay Thai. Since making his mixed martial arts debut, the Nigerian has a clean 3-0 slate, with two of those victories coming via KO.

Between both of these athletes’ love for “the art of eight limbs,” their desire to make a solid first impression on the global fan base, and their ability to constantly hunt for the finish, this matchup has the potential to steal the show.

#5 The Start Of Three Events In Three Weeks The world’s largest martial arts organization kicked off its series of 10 announced flagship shows on 31 July, but fans should be extra thrilled because ONE: NO SURRENDER II will mark the beginning of three straight event weeks.

Get your popcorn ready, folks. It’s going to be a fun month.

Read more: The Best Performances From The Stars Of ONE: NO SURRENDER II