“The Million Dollar Baby” Sangmanee Klong SuanPluResort is looking to extend his flawless run on the global stage and continue his march toward the richest prize in the sport.

This coming Friday, 21 August, the Thai megastar will face “Left Meteorite” Kulabdam Sor. Jor. Piek Uthai in the main event of ONE: NO SURRENDER III in Bangkok, Thailand.

The contest will serve as the second semifinal matchup of the ONE Bantamweight Muay Thai Tournament. If Sangmanee wins, he’ll slide into the tournament final and be one step away from challenging Nong-O Gaiyanghadao for the ONE World Title he craves.

“The belt itself is beautiful, and I saw when the other [athletes] wore it. There were applauses and cheers [from the crowd],” Sangmanee says.

“I liked that moment and I want to reach that level, so I am trying to improve my skills to be there. I will improve to be my best and challenge the champion.”

Sangmanee, a seven-time Muay Thai World Champion who holds an astonishing 182-27-5 professional record, has been a superstar from the very first moment he danced his way to the ring.

The 23-year-old Bangkok native has continued to display his immense talents since joining ONE Championship, using powerful left kicks and punches to defeat French-Moroccan striker Azize Hlali via unanimous decision in November and Japanese star Kenta Yamada the same way in January.

Standing across the ring from Sangmanee will be his compatriot Kulabdam, a two-time Lumpinee Stadium Muay Thai World Champion with a dazzling 61-10-5 professional record.

Though “Left Meteorite” will be the less experienced fighter in Friday’s bout, his weapons are just as dangerous. 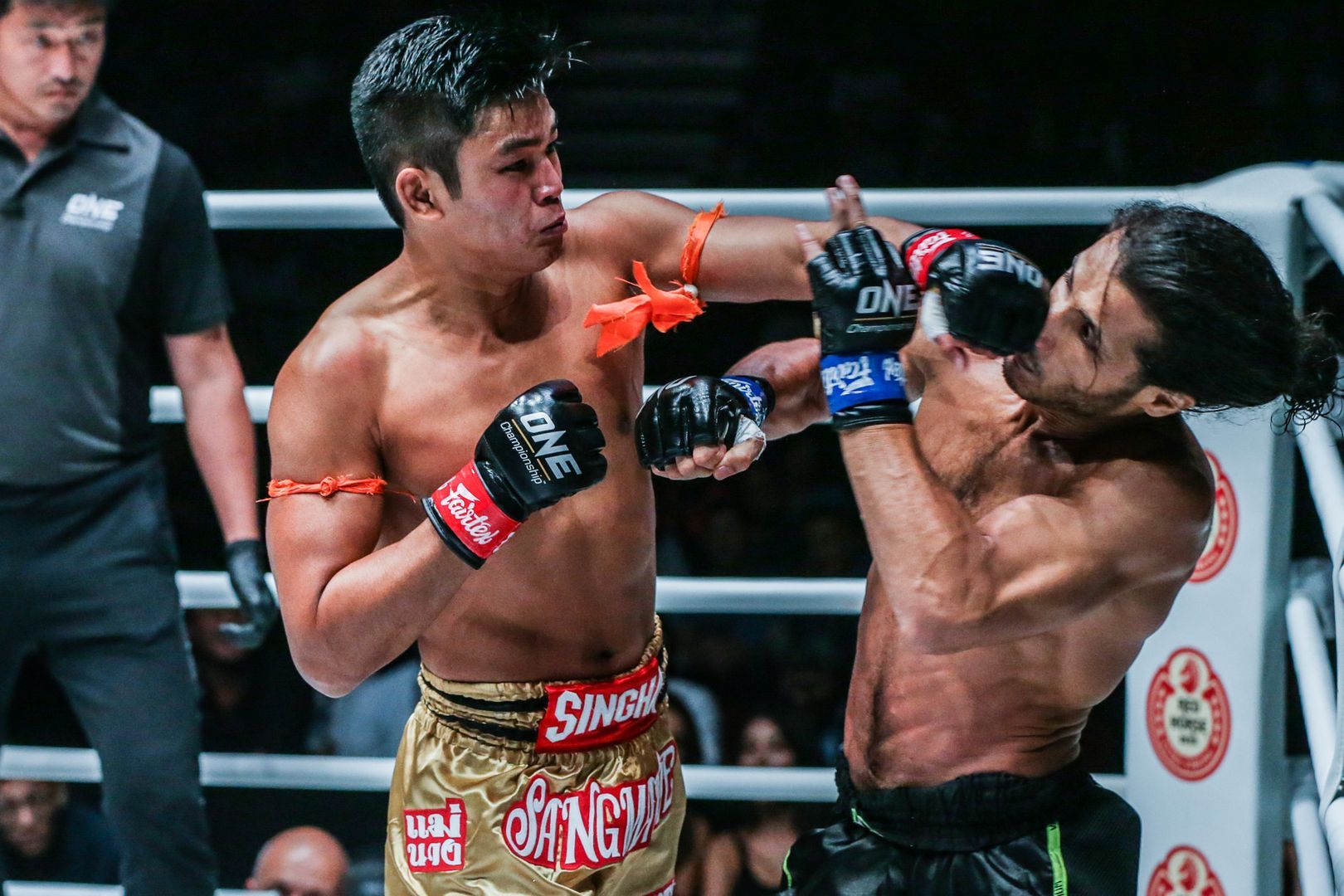 Sangmanee knows all about Kulabdam’s power, and he’ll be extra careful when dealing with the #3-ranked bantamweight Muay Thai contender’s hands.

“He is a skilled boxer and an aggressive puncher,” the Sathian MuayThai product offers.

“It will be a challenge because the gloves are small, and a punching-style boxer will have an advantage. So, I need to prepare my body, try my best, and stay focused.”

Of course, protecting himself is only part of Sangmanee’s game plan. He’ll also aim to utilize his movement, look for openings, and capitalize on them with his best strikes.

“I will use my agility, flee from his attacks, and try my best to block his punches,” he says. “I believe that my kicks will be faster than his. I will use this, too.” 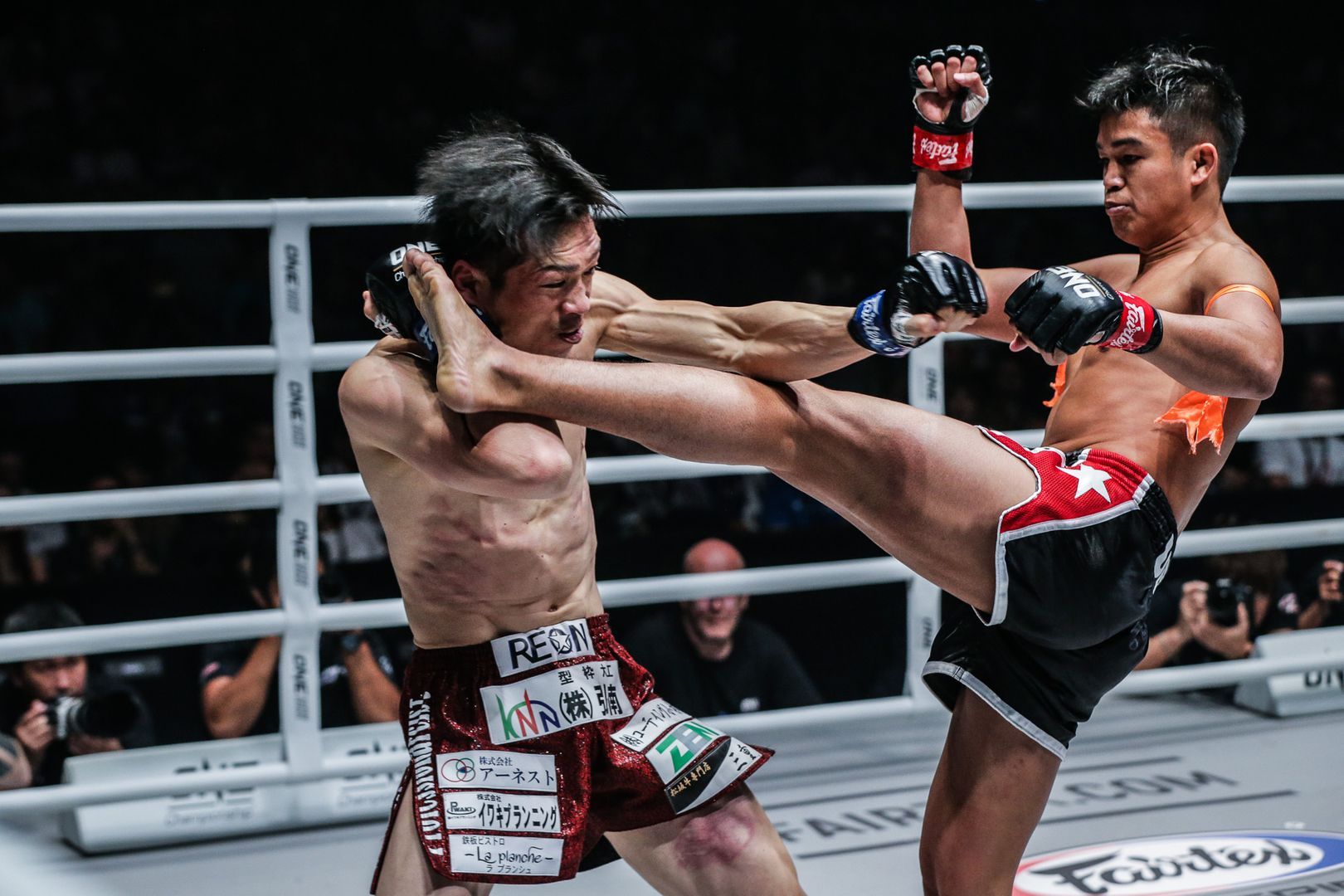 By using his agility, maintaining a high guard, and attacking with his most patent techniques, “The Million Dollar Baby” believes he can emerge victorious in highlight-reel fashion.

“I need the audience to be entertained,” he offers. “Even in Thailand and foreign countries, people want to see a KO. I want the KO, but I can’t let my guard down because I would be knocked out instead.”

The stakes are certainly high, as a knockout in either direction will determine who reaches the tournament final.

If that man is Sangmanee, only Saemapetch Fairtex will be standing between him and a shot at Nong-O’s “beautiful” ONE Bantamweight Muay Thai World Title belt.

Read more: Kulabdam Aiming To KO Sangmanee: ‘If I Hit Him, It Will Be Enough‘