5 Reasons Why You Can’t Miss ONE: INSIDE THE MATRIX IV 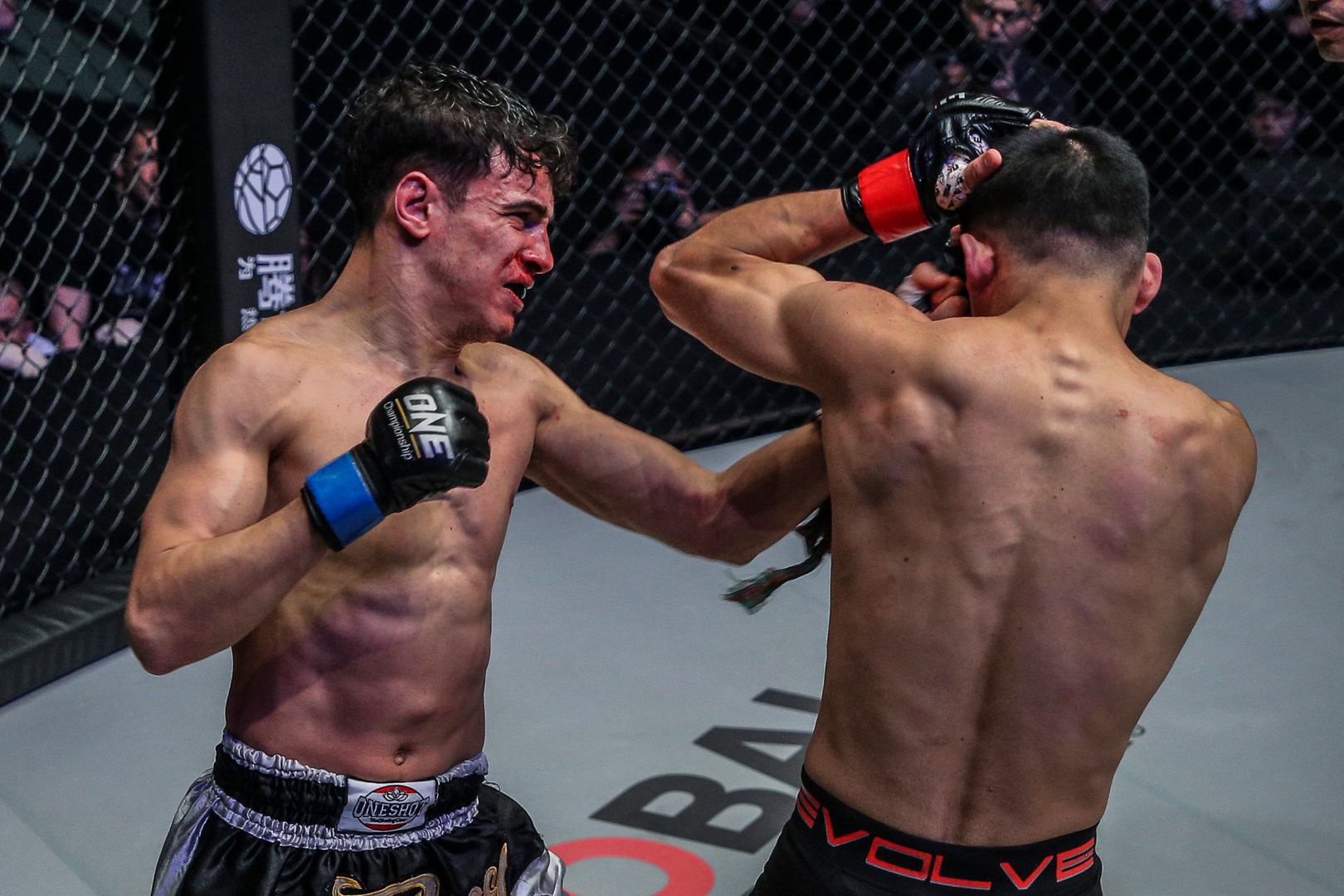 After three explosive installments, ONE Championship is ready to close the book on its greatest event series yet, INSIDE THE MATRIX.

The promotion will air the previously recorded ONE: INSIDE THE MATRIX IV this Friday, 20 November, and five spectacular matches fill out the card.

Fans will get another dose of kickboxing, mixed martial arts, and Muay Thai action, while a slew of rising stars will attempt to move forward in their quests for ONE World Title gold.

Here are the five biggest reasons to watch the action on Friday. 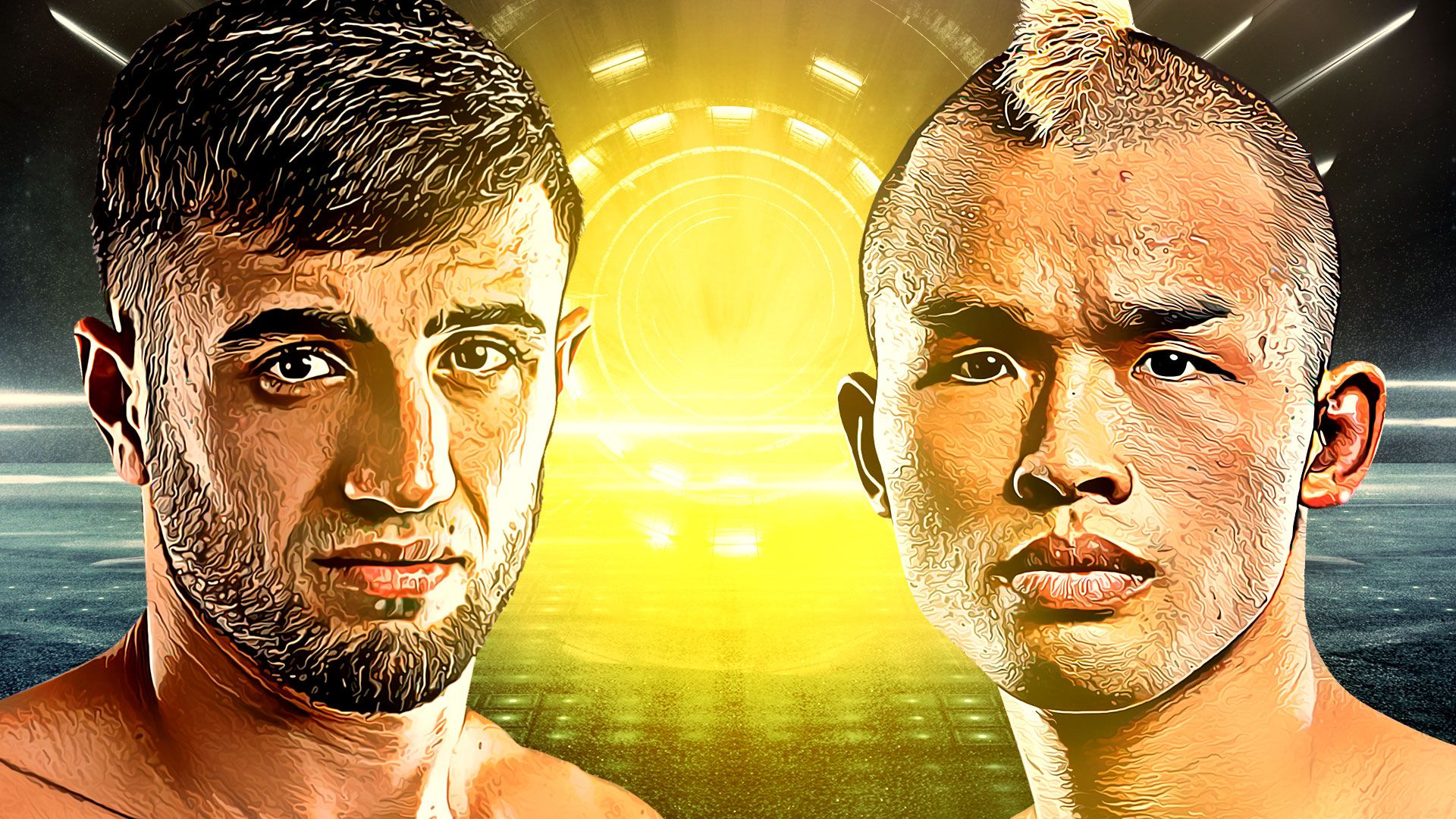 “Golden Boy” Wang Junguang is ready to begin his quest back to the gold.

After the Chinese striker dropped a highly competitive decision to Sam-A Gaiyanghadao last December and missed his chance to claim the inaugural ONE Strawweight Kickboxing World Title, he’s motivated to secure a rematch with the Thai legend.

Wang is a fierce competitor with speed and knockout power, which he masterfully showcased in his promotional debut last October. Another elite performance would undoubtedly point the #2-ranked strawweight kickboxing contender back toward the rematch he desires.

But standing in his way is promotional newcomer Aslanbek Zikreev, a Russian and European Muay Thai Champion who is driven to make an instant impact in his debut. The Siberian likes to throw punches in bunches and owns a dangerous right body kick, which he’s hoping to connect with on Friday.

With both men wanting to make a splash, fans should be in for a treat. 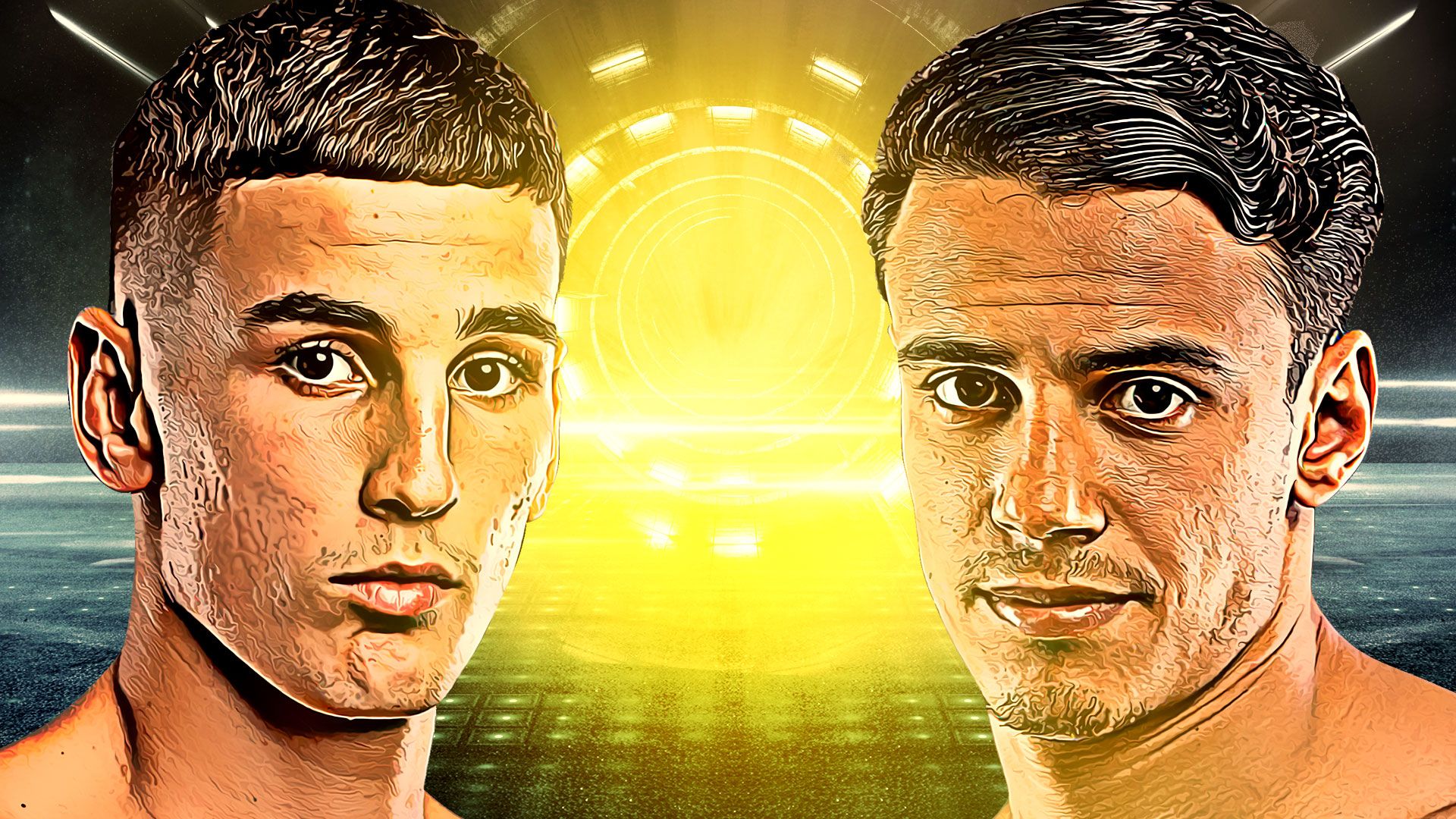 In the co-main event, two of the most exciting non-Thailand-born Muay Thai World Champions will meet with hopes of getting their own rematch with Sam-A.

After falling to the Thai legend in the inaugural ONE Strawweight Muay Thai World Title bout this past February, WPMF Muay Thai World Champion and #2-ranked strawweight contender Rocky Ogden is eager to redeem himself.

The 21-year-old Aussie, who is the protege of 10-time Kickboxing and Muay Thai World Champion John Wayne “The Gunslinger” Parr, displayed aggression and initiative in his promotional debut nine months ago, and that style should produce fireworks on Friday night.

But Joseph “The Hurricane” Lasiri, a WBC Muay Thai World Champion, is an extremely tough competitor who will take his opponent’s best shots and keep coming forward with heavy strikes of his own. The Italian’s “never-back-down” attitude has made him one of the most exciting athletes in all of ONE Super Series.

After losing to Sam-A in the promotion’s inaugural Muay Thai bout in January 2018, fans can bet “The Hurricane” will be firing on all cylinders on Friday night.

#3 An Elite Grappler Versus An Elite Striker 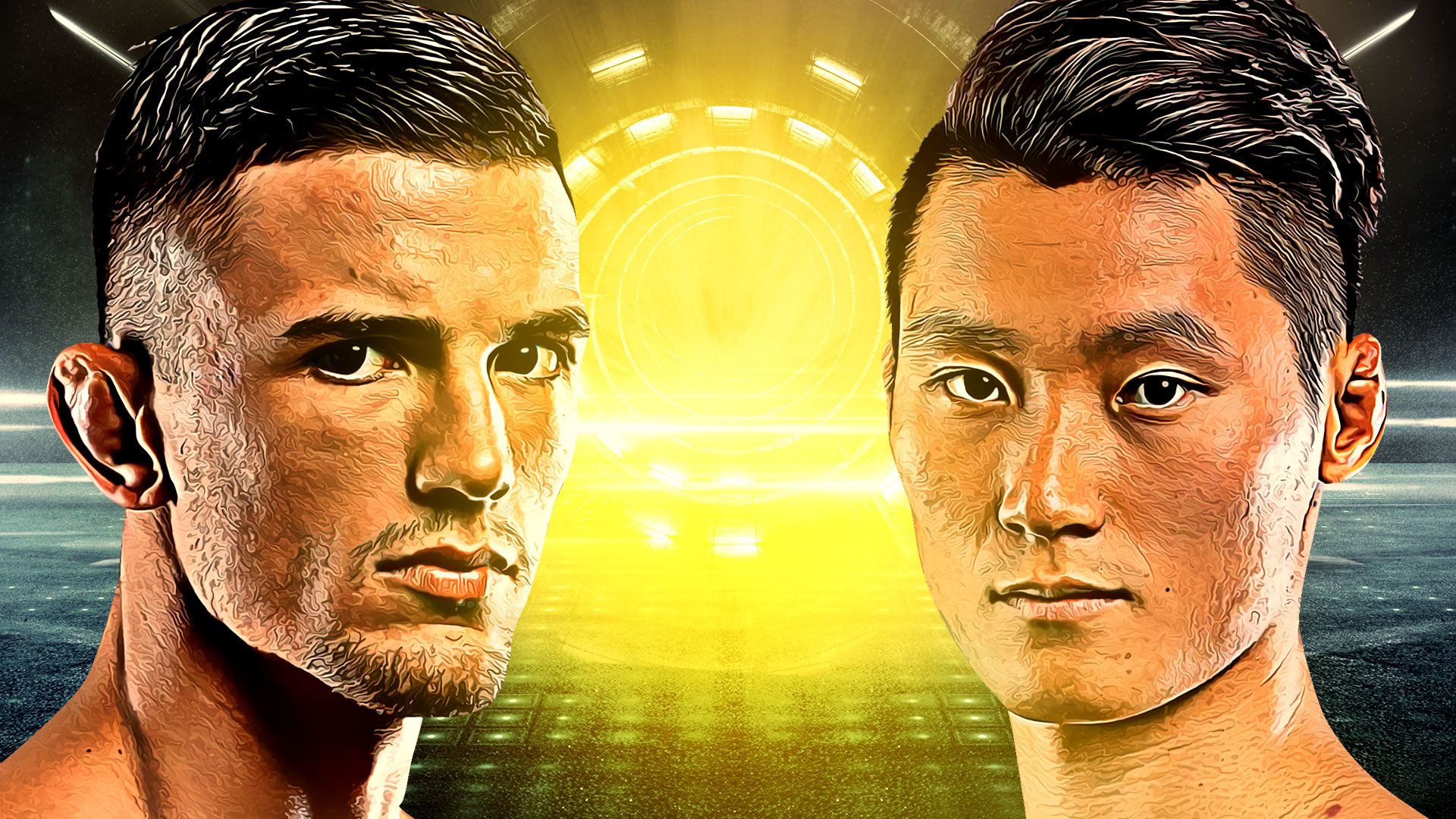 Two-time Brazilian Jiu-Jitsu No-Gi World Champion Bruno Pucci has developed his stand-up arsenal throughout the years, but his top-shelf submission game has made him extremely dangerous. In fact, he owns six submission victories – with four of them coming in the first round.

On the other side, “Pretty Boy” Kwon Won Il has struggled against mat rats, and though he’s been steadily improving in the grappling department, his bread and butter lies in his striking.

The South Korean has proven that ability on the global stage, earning three knockout victories in the opening stanza. What’s more, he owns the second-fastest KO in ONE’s featherweight division with a 19-second destruction of Eric “The Natural” Kelly in April 2019.

Both men are highly skilled in their trade, and with their respective needs for speed, this bout should not go the distance – perhaps not even past the first round. 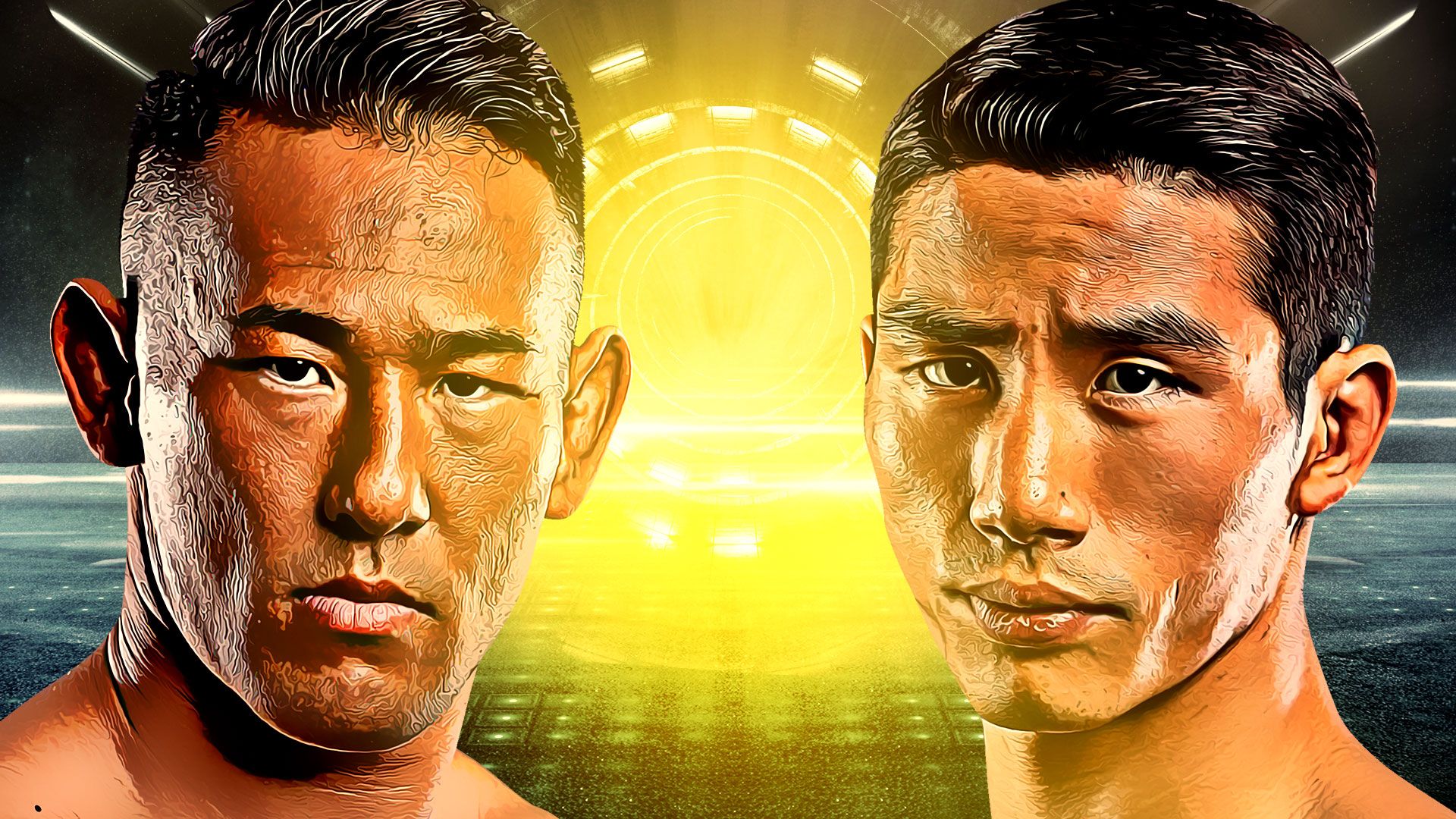 Takahashi, who trained under the late, great Kid Yamamoto, holds a 13-4 professional record, has nine knockout victories to his credit, and was previously riding an eight-bout winning streak before it was snapped by new featherweight king Thanh Le.

The seasoned Japanese veteran has a penchant for KOs and could be a few victories away from breaking into ONE’s Athlete Rankings and rematching Le. He has the skill, strength, and durability to be a factor for years to come.

However, so does Yoon, who’s been invincible since making his professional mixed martial arts debut.

The Korean has been absolutely dominant in every single one of his outings, racking up a 4-0 record against quality opponents and earning a 100 percent finishing rate. He will truly be tested by Takahashi, but if he can defeat – and finish – the veteran on Friday night, it would speak volumes about his future in the sport.

Each man is approaching their prime, so every match is a huge step to their World Title dreams. They will be motivated to fight, while the Japan-Korea sports rivalry will only serve to intensify matters. 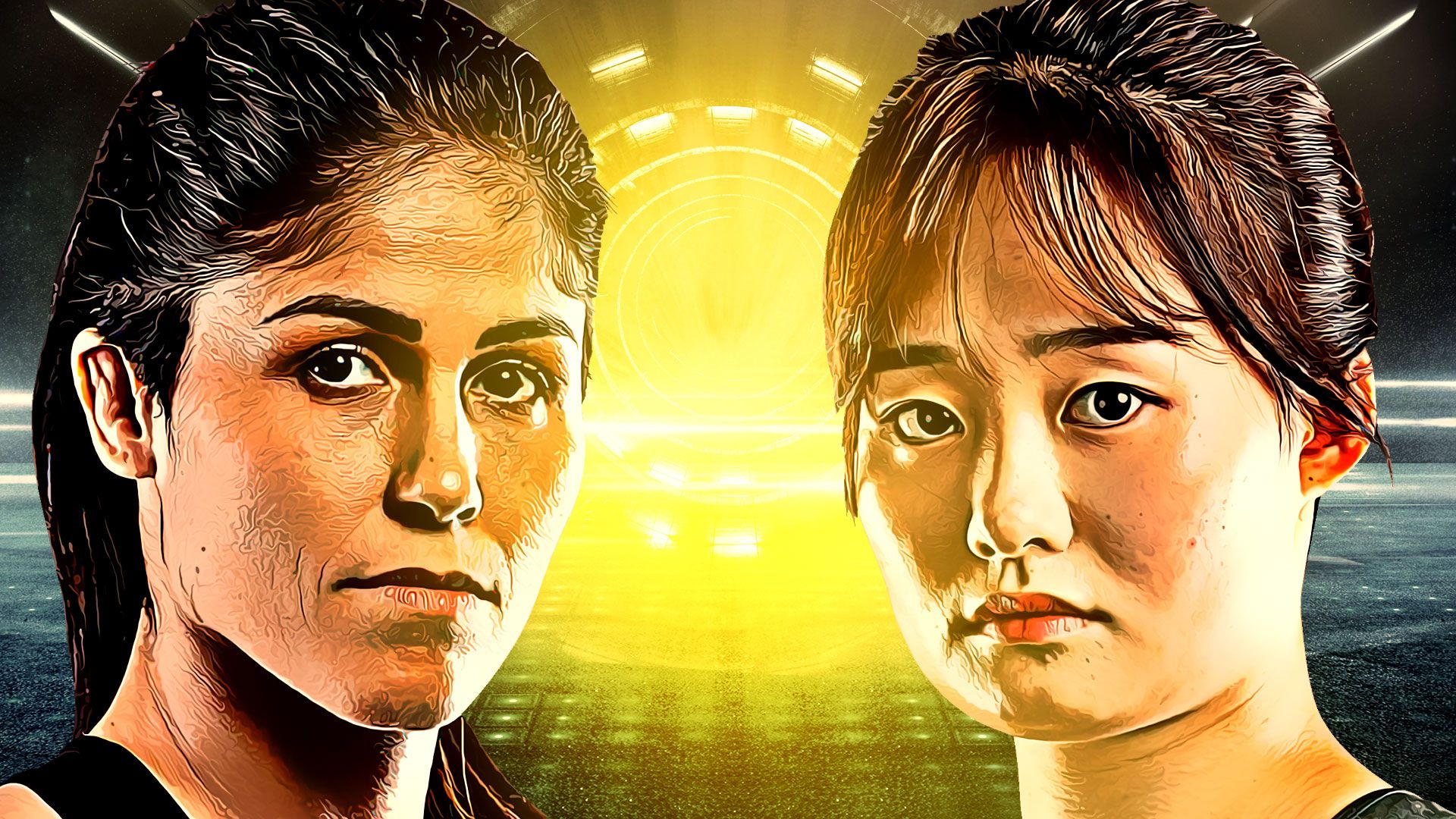 Mazar is a Pan American Sanda Champion who trains at Evolve and owns an 84 percent finishing rate. The Brazilian has knockout power and the submission prowess to defeat anybody who stands across from her.

While Mazar seemingly holds an edge in the grappling department, Choi has been flawless since transitioning from kickboxing to mixed martial arts – and the South Korean plans to keep it that way on Friday night.

Choi has knocked out every woman in her path, and the promotional newcomer will undoubtedly look for the right opportunity to uncork her heaviest shots and keep her finishing streak – and spotless record – intact.

Read more: 4 Lightning-Fast Finishes By The Stars Of ONE: INSIDE THE MATRIX IV 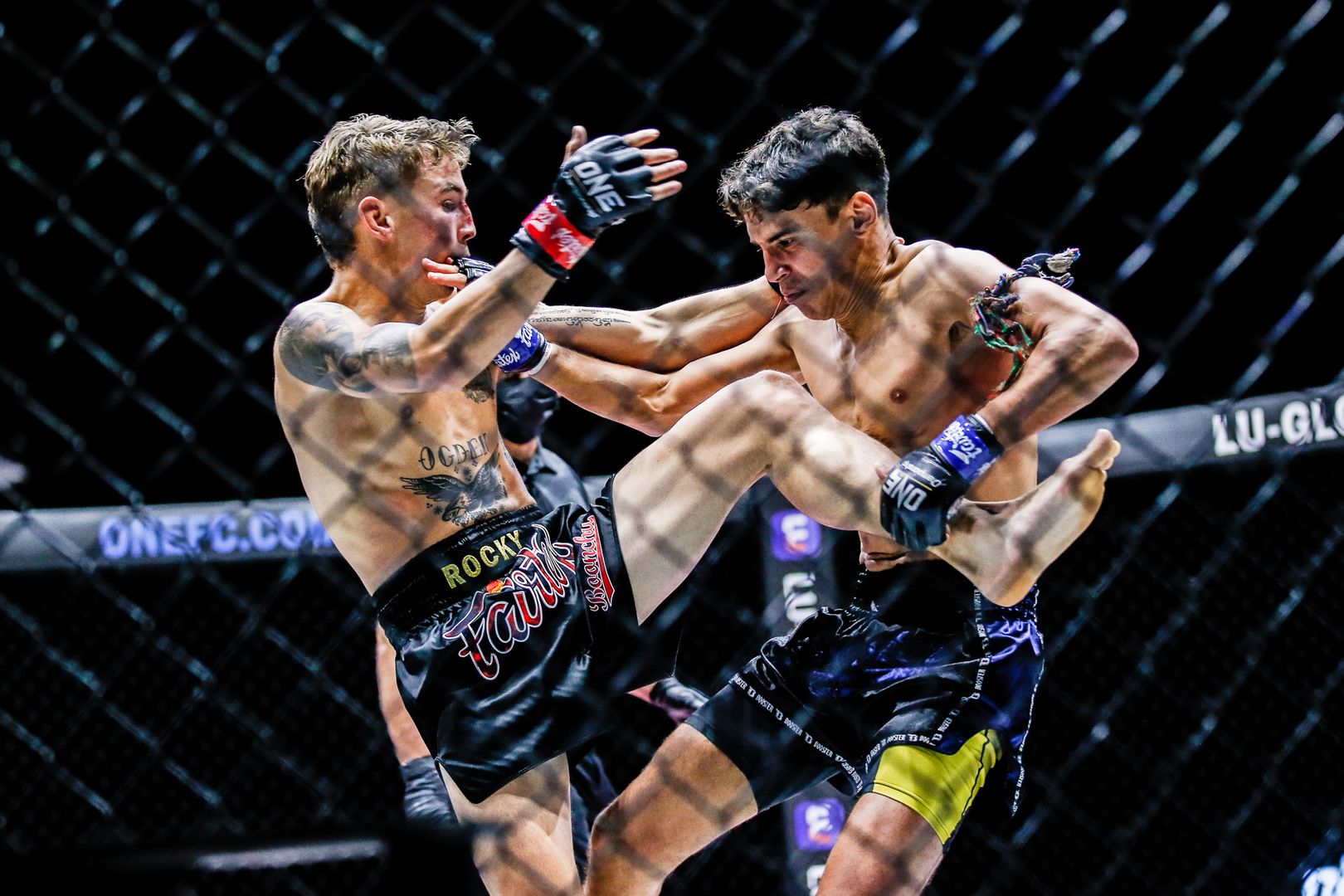 The Top Highlights From ONE: INSIDE THE MATRIX IV 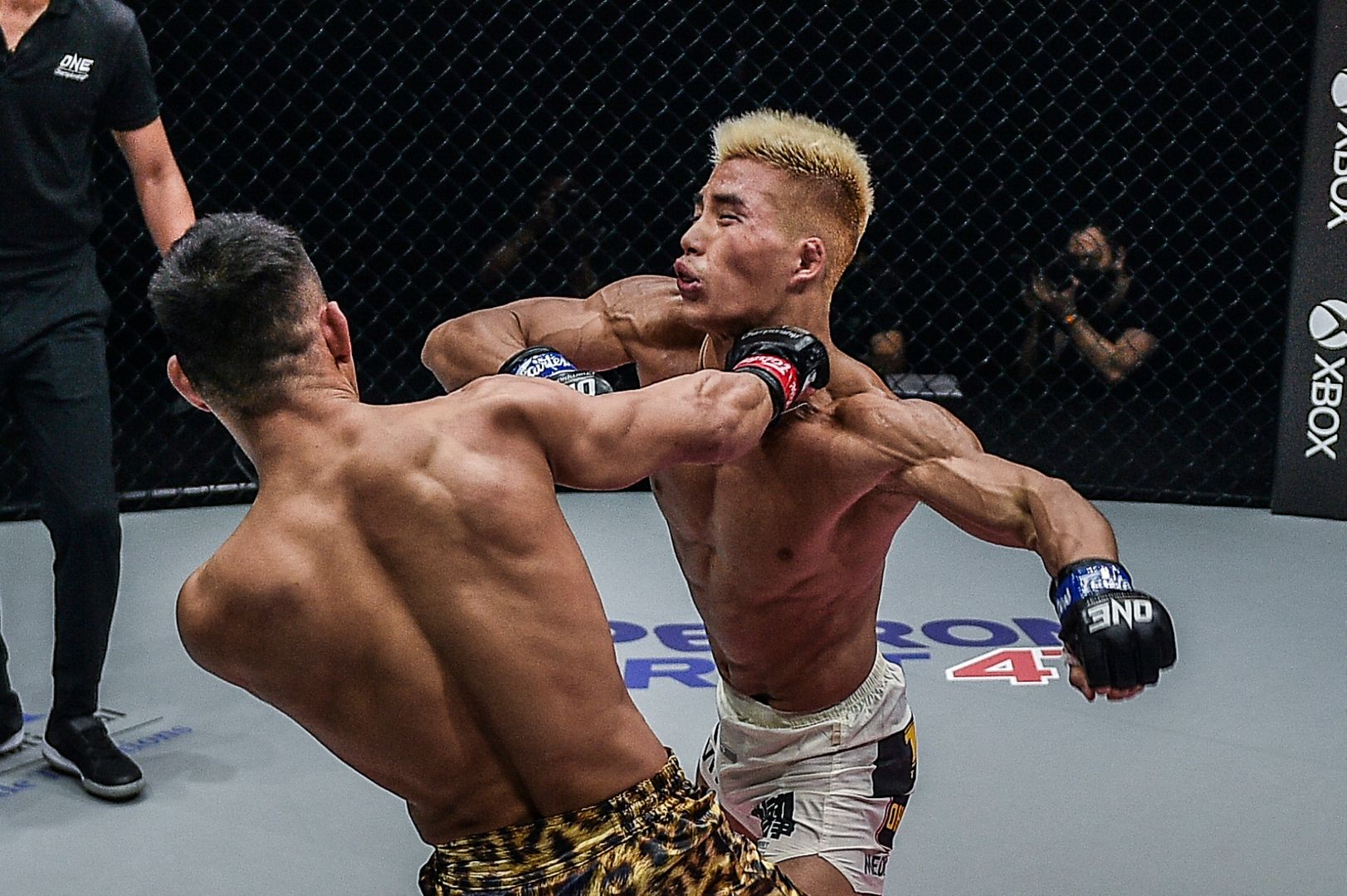 The Best Pictures From ONE: INSIDE THE MATRIX IV 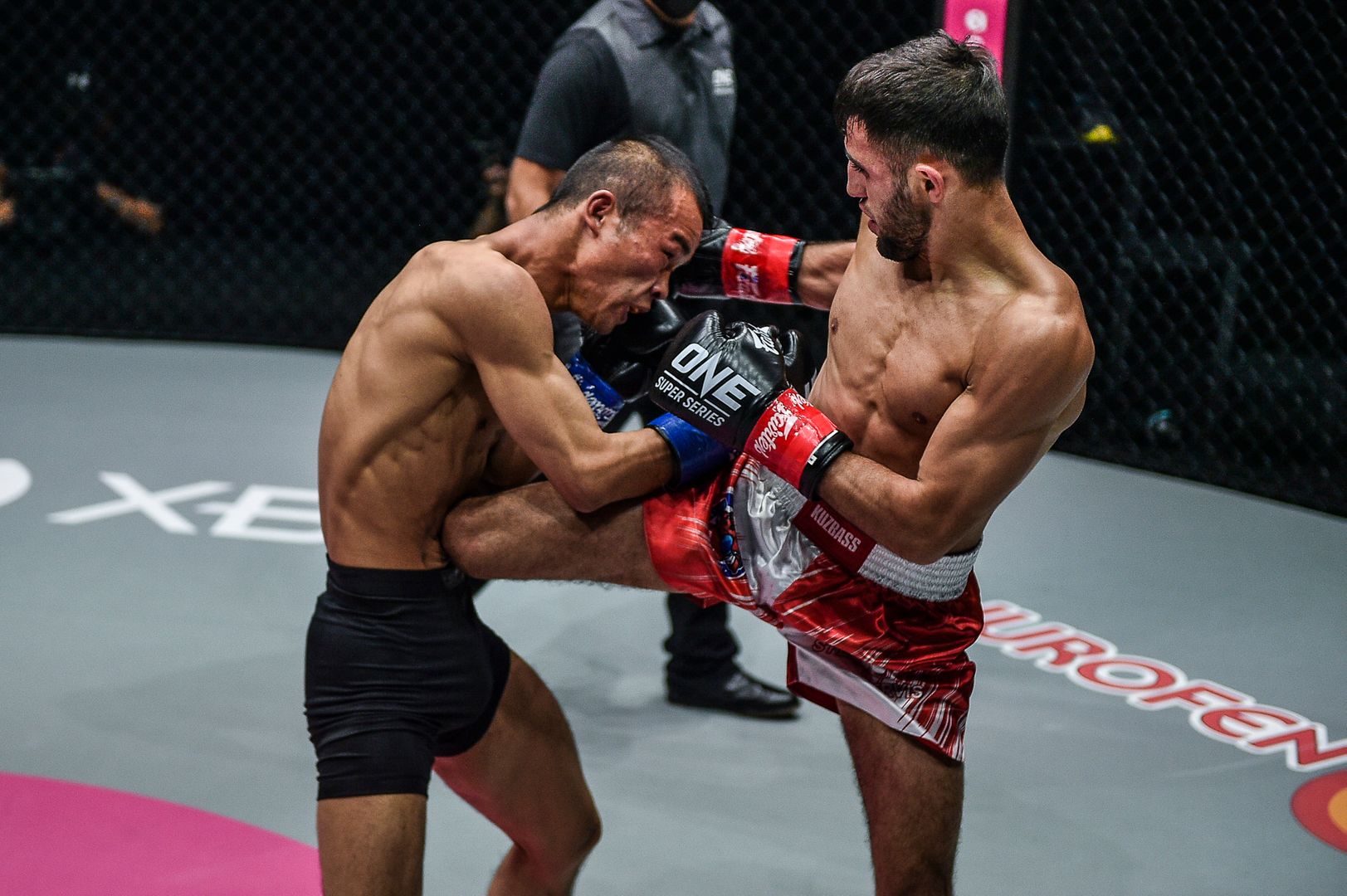 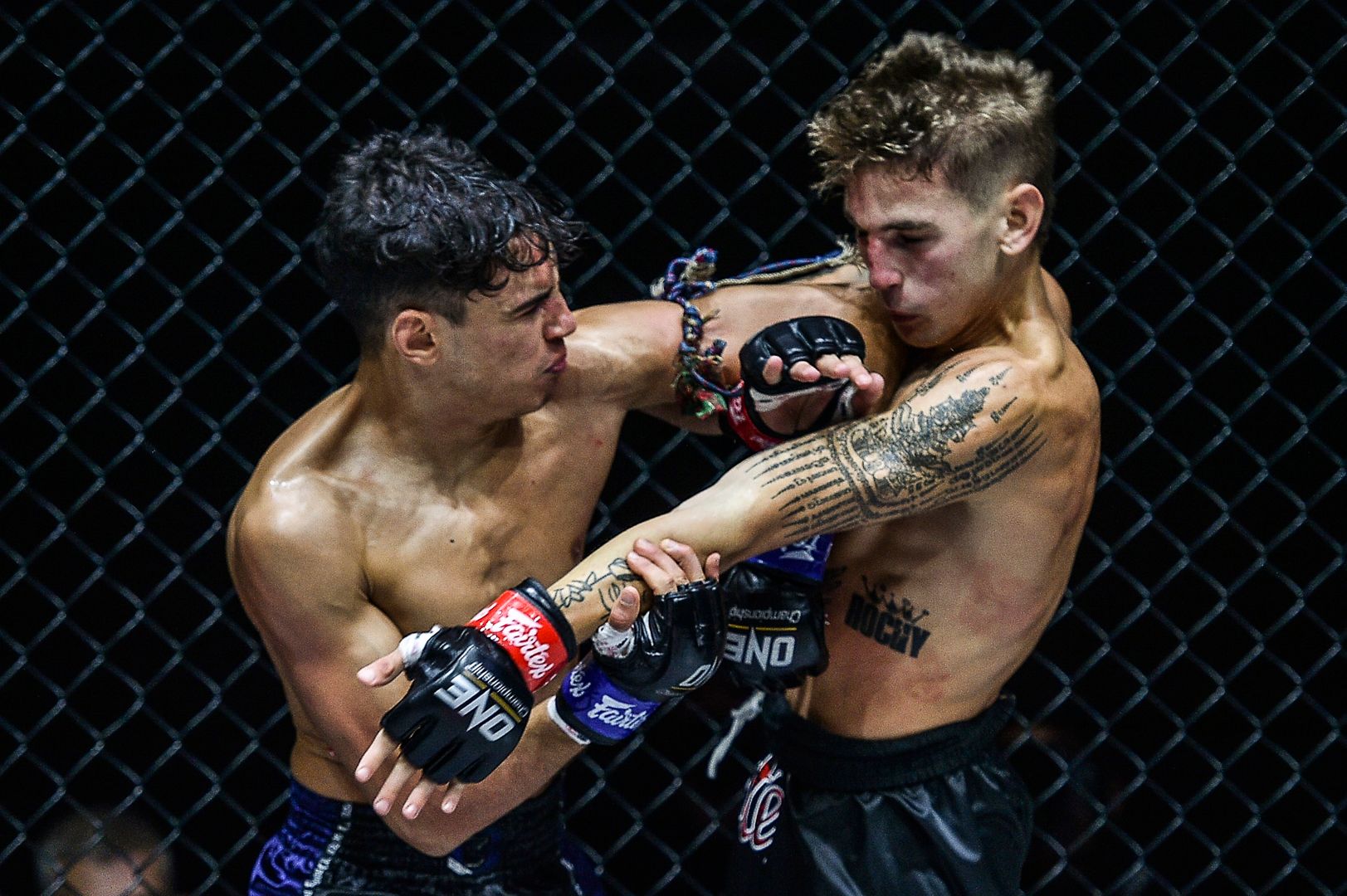