WBC Muay Thai World Champion Joseph “The Hurricane” Lasiri looked like a man possessed in his return to ONE Super Series action.

The 29-year-old used his knees and elbows to score the split decision win over WPMF Muay Thai World Champion and #2-ranked strawweight contender Rocky Ogden in their 59-kilogram catch weight encounter at ONE: INSIDE THE MATRIX IV, a previously recorded show that aired on Friday, 20 November. 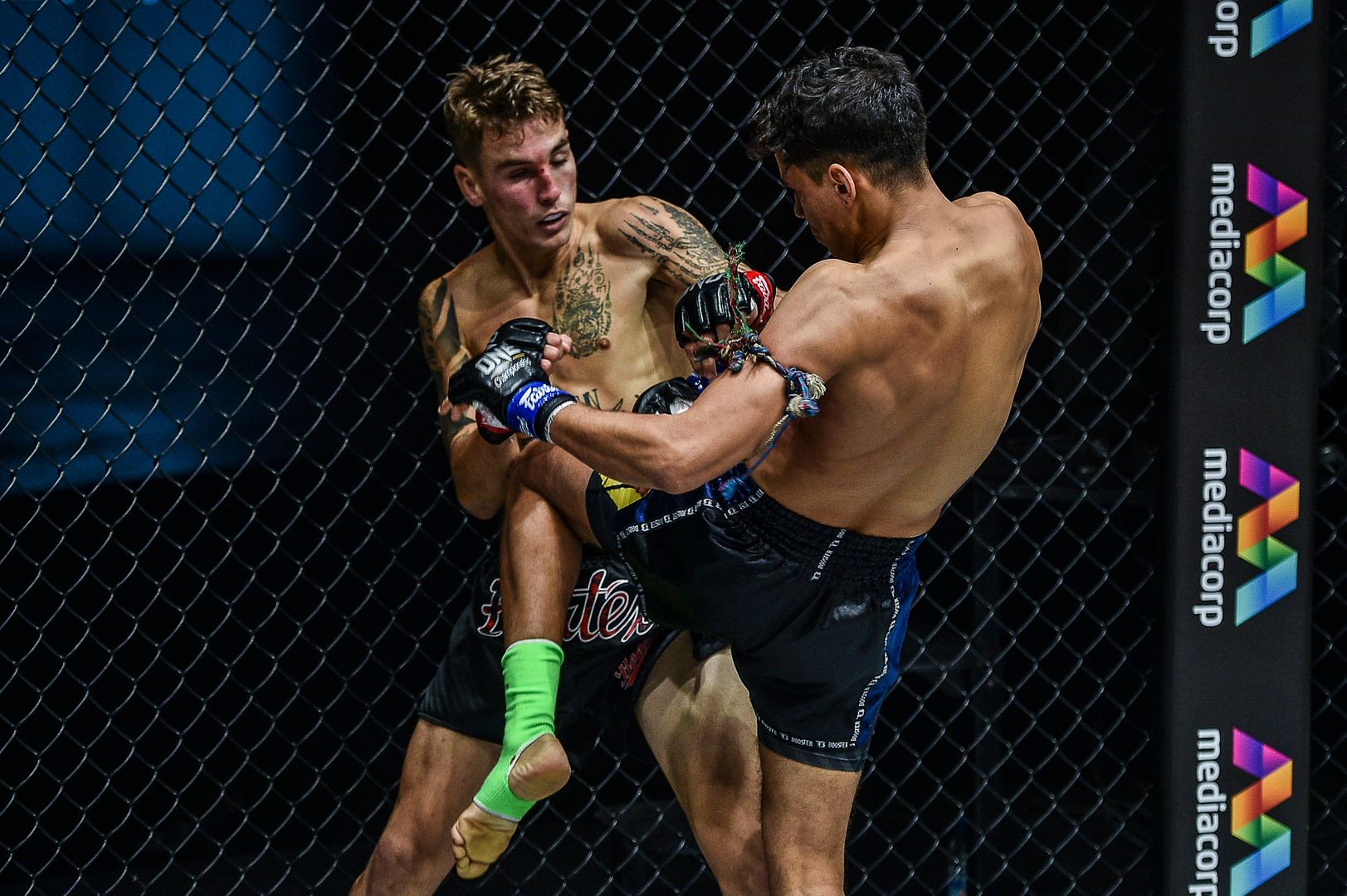 Neither man wasted a second in the opening moments of the first round at the Singapore Indoor Stadium, but it was Lasiri who took control of the co-main event early on, immediately putting Ogden on the back foot and landing step-in knees from the outside.

Ogden did a superb job of countering while backpedaling – one after the next, he placed right kicks into the Italian’s torso. But although they landed cleanly and would’ve slowed down lesser athletes, “The Hurricane” absorbed the shots like fuel and continued his relentless pace.

In the final moments of the stanza, Lasiri opened up with elbows, and Ogden, now against the Circle Wall, began to wear the damage on his face. 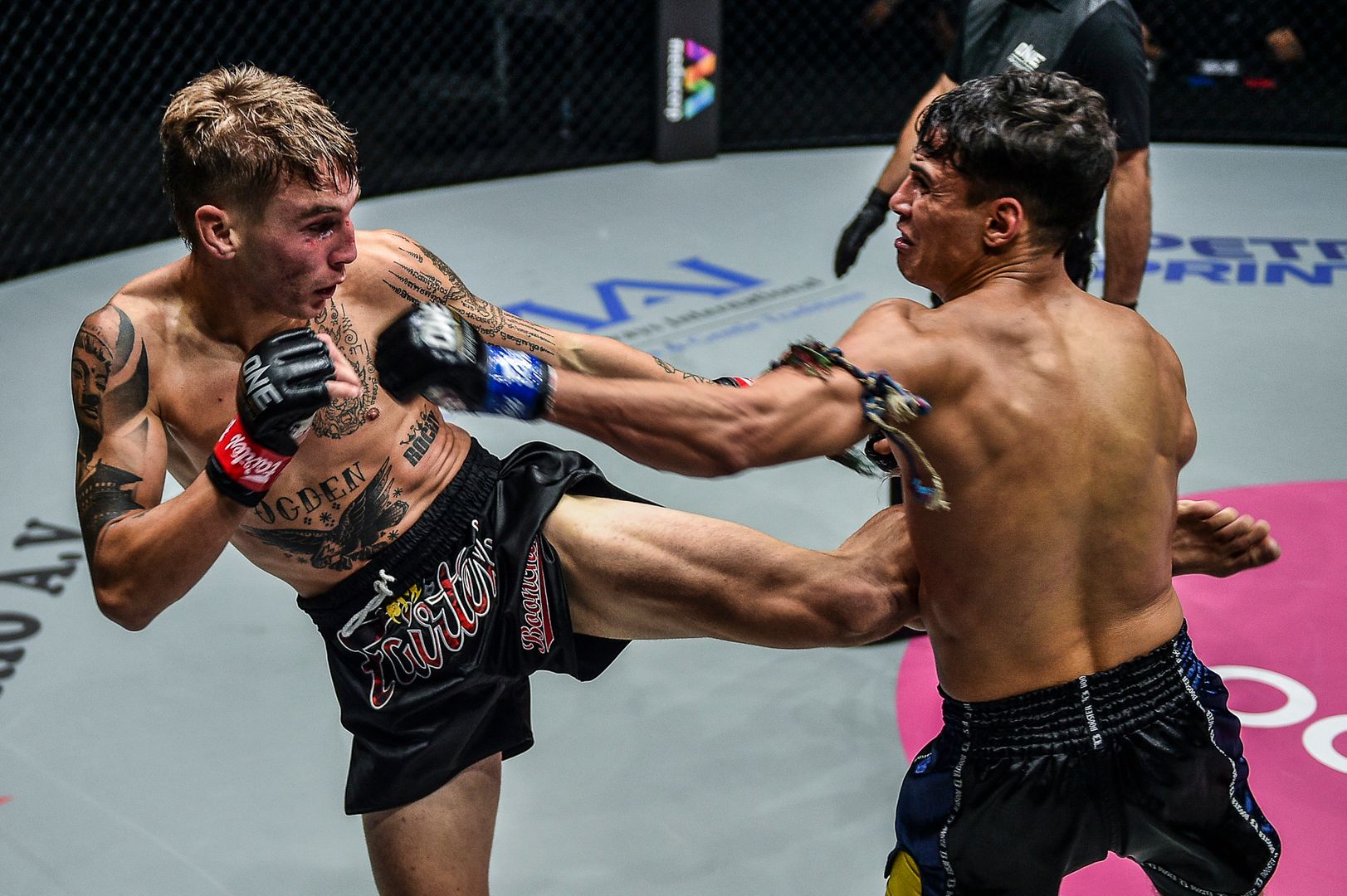 In round two, however, it was Lasiri who wore the damage on his legs. Ogden started the frame with an echoing low kick and then defended the Italian’s attacks much more efficiently than in round one.

When Lasiri launched a body kick, the Australian wrapped up his leg and fired a low kick. When Lasiri threw elbows, Ogden used his long-arm defense to keep “The Hurricane” out of reach. And when Lasiri – who was running out of answers – pushed forward, Ogden stuffed left and right punches into his face.

The Italian, however, soon marched right back into the fray. Once again, he had Ogden on the back foot, hitting him with the step-in knees and elbows that had been so effective in the opening round. 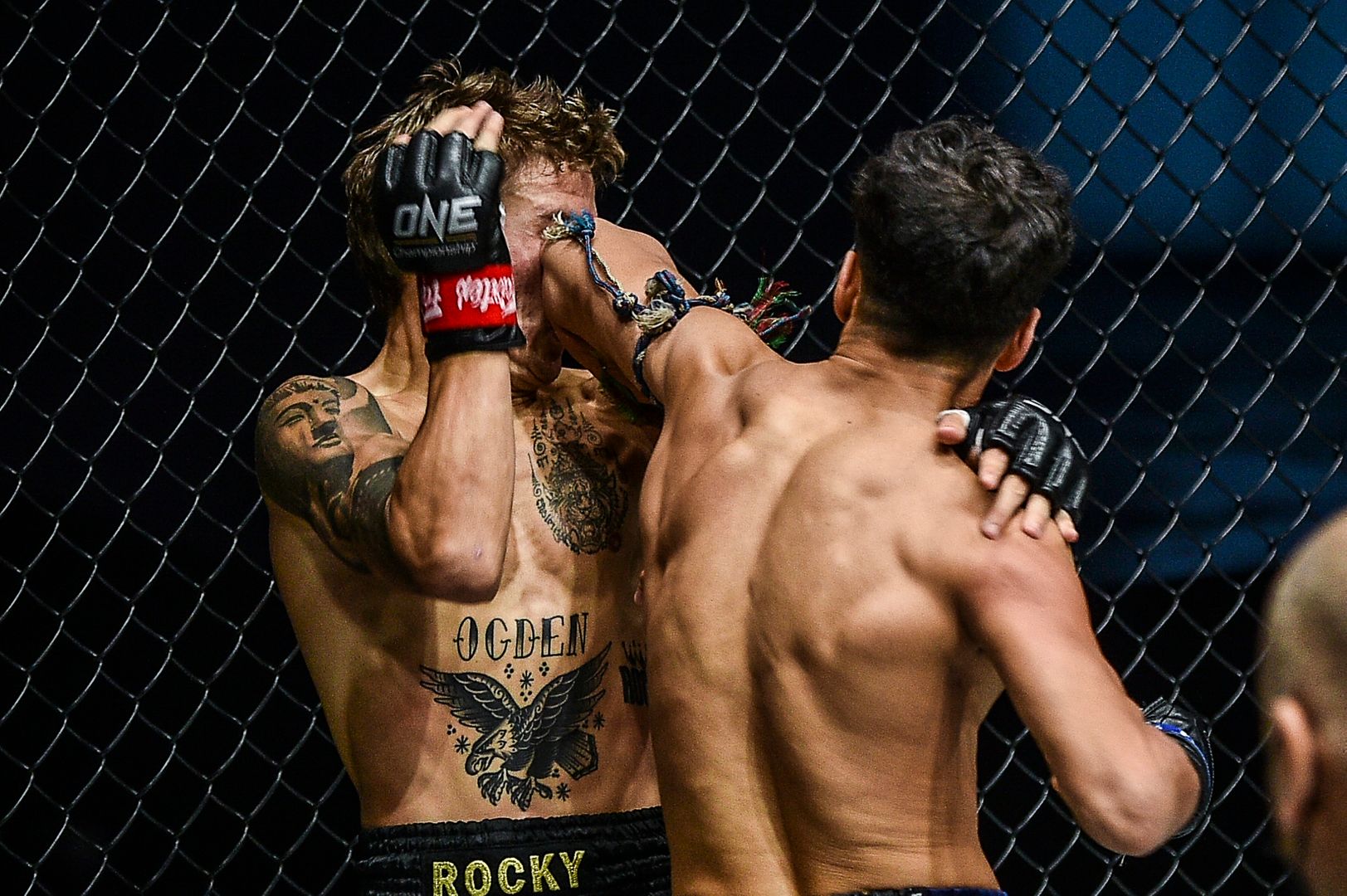 With the bout neck-and-neck going into the third round, Ogden and “The Hurricane” bit down on their mouthpieces, stood their ground, and pelted each other with a variety of attacks.

From Ogden came a series of unanswered low kicks that deflated Lasiri’s bounce. But the Italian didn’t need to move far when he let his combinations go. In the pocket, he delivered piercing knees that forced the Australian to lower his hands; when he did, Lasiri ripped elbows at his head.

It was one-way traffic for the rest of the match, as the Italian continuously grabbed the back of Ogden’s head with his left hand, extended his left arm, and then collapsed back into his opponent with right elbows. 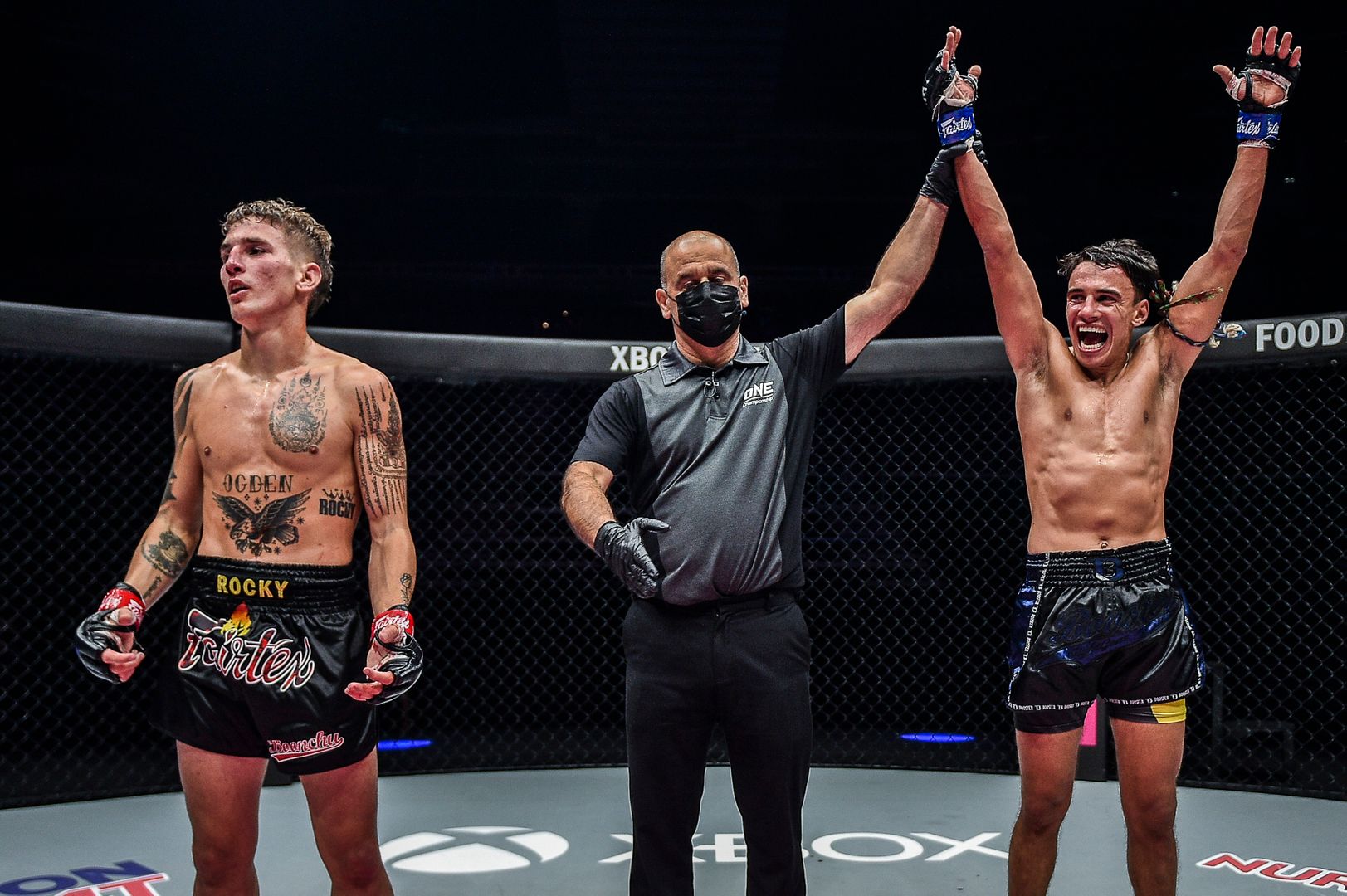