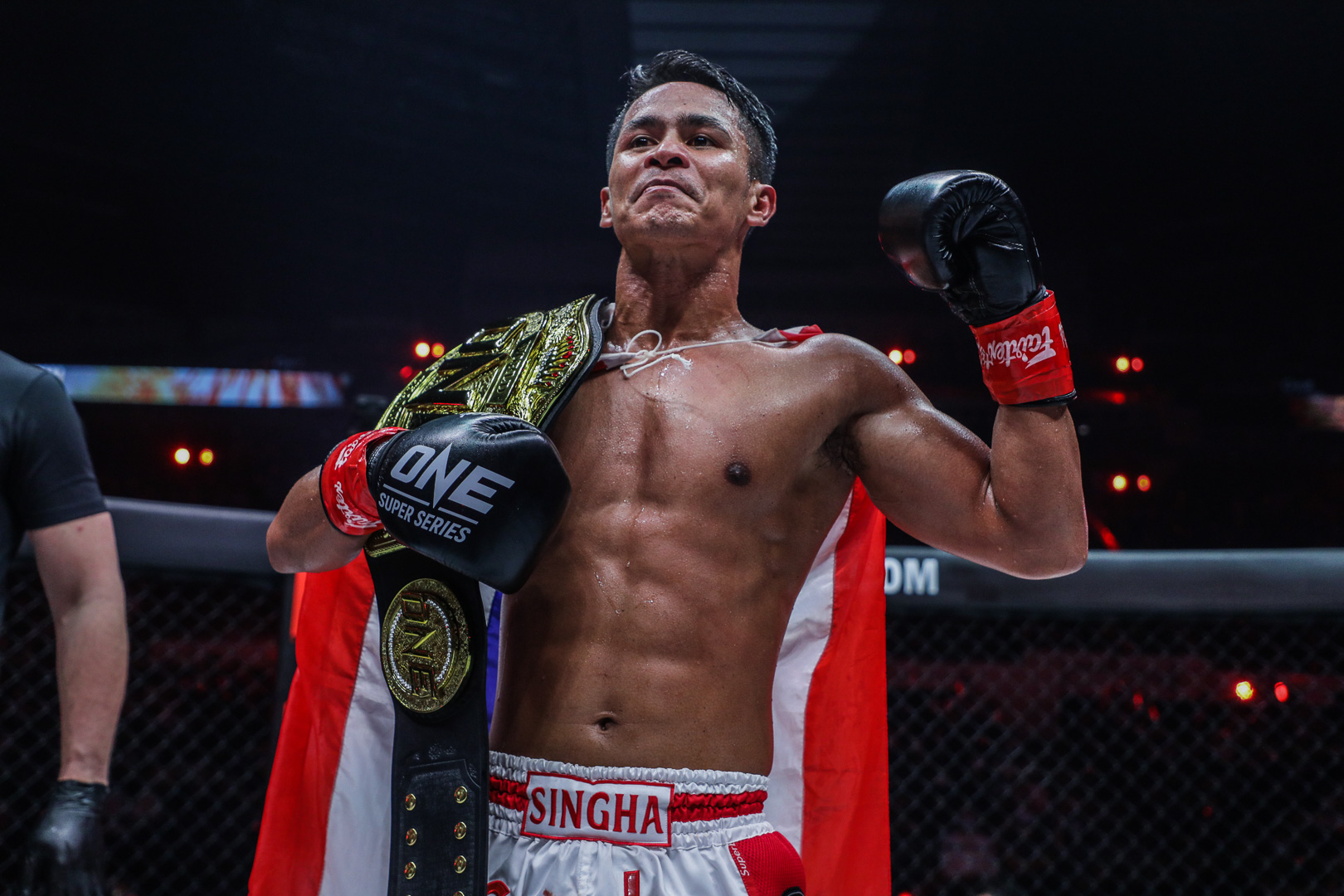 Superbon Singha Mawynn is not just the best featherweight kickboxer on the planet right now – he’s widely considered the top pound-for-pound athlete in the sport.

With a stunning winning streak – including three straight victories over the biggest names in the game – the Thai superstar has been absolutely dominant in recent years.

Next, Superbon can further cement his status when he defends the ONE Featherweight Kickboxing World Title against Grand Prix Champion Chingiz Allazov at ONE Fight Night 6 on Prime Video in Bangkok, Thailand.

Before this massive main event on Friday, January 13, check out five reasons why the defending king has earned his reputation as the greatest kickboxer on the planet.

#1 He’s On An Epic Unbeaten Run

Superbon is on an incredible run of form, with a winning streak that dates back almost four years.

The Phatthalung native last tasted defeat in February 2018, and since then, he’s amassed 12 consecutive victories to reach the top of the striking world.

He’s also picked up a slew of titles along the way, topped by the gold in ONE’s featherweight kickboxing ranks – the most stacked division in all of combat sports right now.

#2 He’s Beaten The Very Best Of The Best

The 12-fight winning streak is impressive enough, but the insane level of opposition makes it even more extraordinary.

He then took on all-time great Giorgio Petrosyan for the inaugural ONE Featherweight Kickboxing World Title, shocking the Italian with a knockout to claim the belt.

And most recently, the Thai successfully defended his crown against Armenian superstar and old rival Marat Grigorian.

All three of these opponents were – and still are – considered among the top pound-for-pound strikers in the world, so defeating them all in consecutive fashion is nothing short of incredible.

Superbon hasn’t just been edging past his most recent foes – he’s been obliterating them.

His bout against Sitthichai was a close-run affair, but since then, he has looked head-and-shoulders above his rivals.

The 32-year-old’s head kick of Petrosyan was named ONE’s 2021 Striking KO of the Year, and it came against a man whose defense was considered almost impregnable.

He then got redemption against Grigorian – the last man to defeat him – with a one-sided decision in which Superbon controlled every second of the matchup with one of his most clinical performances ever.

Starting in Muay Thai as a child, Superbon grew up competing in “the art of eight limbs,” but he has transferred those skills seamlessly into the kickboxing rule set.

He uses solid boxing and heavy knees to go with his powerful round kicks and teeps, making him a threat from every limb when he’s on the attack.

And his defense is just as strong. Superbon is one of the least-hit strikers in ONE, absorbing just 10.2 significant strikes per round against some of the best competitors in the world.

#5 He Continues To Improve

At 32 and in the best form of his career, Superbon still looks to be going from strength to strength.

It’s not uncommon in Thailand for many athletes to be long retired at this point, but the Singha Mawynn man is continuing to evolve – which gives him a real chance to establish himself as the all-time kickboxing GOAT.

Superbon learned from legendary striker Buakaw for many years, later teamed up with Trainer Gae, and now hones his craft alongside the likes of fellow ONE World Champions Nong-O Gaiyanghadao and Petchtanong Petchfergus, as well as Ferrari Fairtex and Petchboonchu FA Group.

This type of elite company allows him to stay on point and make constant improvements in the gym.