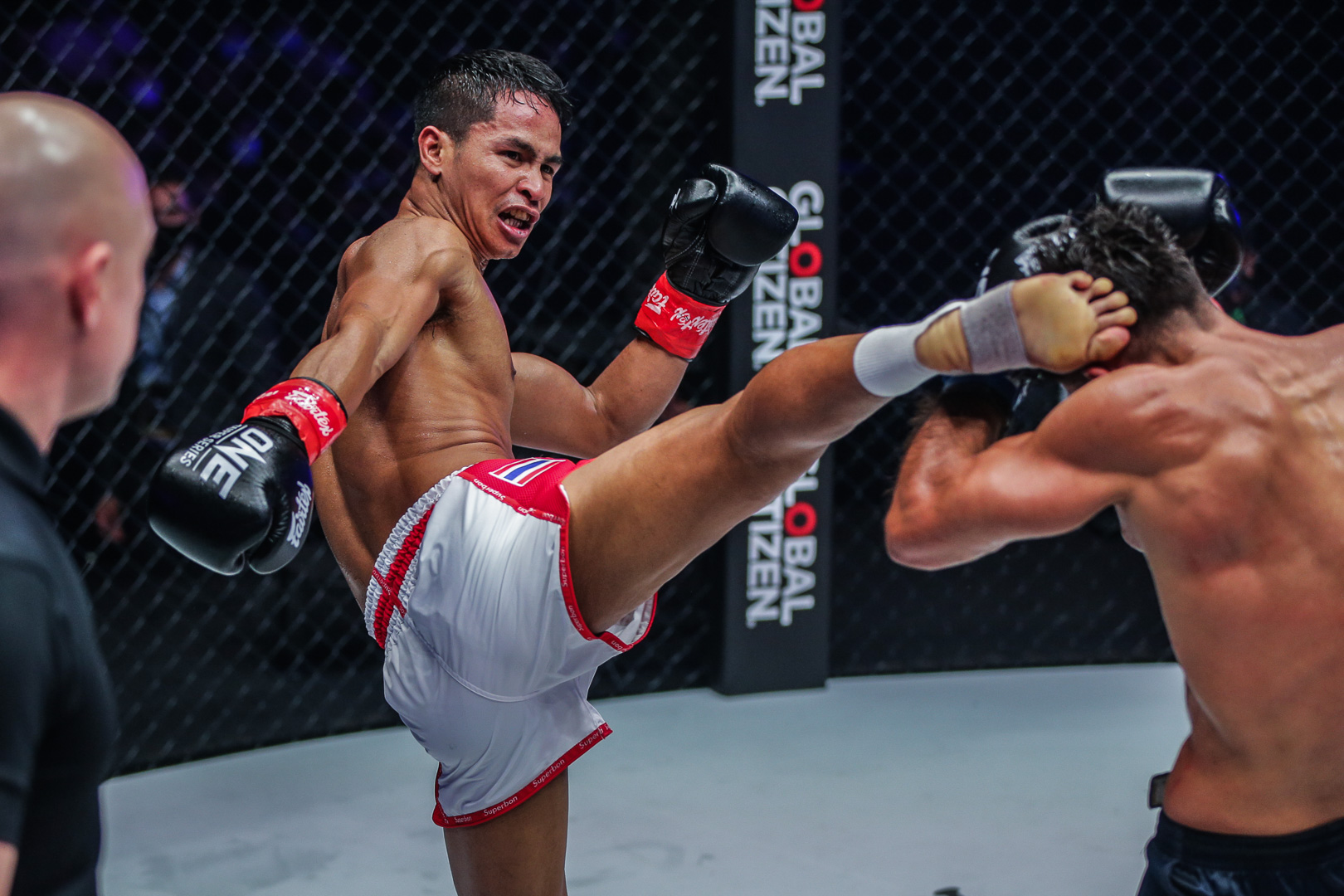 Few athletes have blazed their way to the top of ONE Championship like Thai superstar Superbon Singha Mawynn has. But before he can further his legacy on the global stage, he’ll have to get past a surging knockout artist.

On January 13, the reigning ONE Featherweight Kickboxing World Champion will defend his belt against #1-ranked contender Chingiz Allazov in the main event of ONE on Prime Video 6.

Allazov is riding a wave of momentum after dominating the ONE Featherweight Kickboxing World Grand Prix earlier this year, but Superbon has earned a trio of career-defining wins over all-time greats since joining the organization.

These victories have cemented the 32-year-old as the planet’s top pound-for-pound kickboxer while elevating him into a global superstar.

Before Superbon aims for another memorable victory at the Impact Arena in Bangkok, Thailand, let’s look at his three epic performances inside the Circle.

Settles The Score With Sitthichai

The Singha Mawynn standout made his promotional debut in July 2020 at ONE: NO SURRENDER, where he squared off with legendary striker Sitthichai Sitsongpeenong in a highly anticipated trilogy fight.

He also showed off some of his tireless footwork, never once allowing the veteran to corner him or unload a flurry of strikes.

Ultimately, the ONE newcomer was awarded the unanimous decision victory, giving him a lifetime 2-1 advantage over Sitthichai while setting up a high-stakes showdown with the next man on our list.

Next, the Thai superstar met Giorgio Petrosyan – one of the best pound-for-pound strikers in history – for the inaugural ONE Featherweight Kickboxing World Title.

The clash took place at ONE: FIRST STRIKE in October 2021, and it would mark the biggest win of Superbon’s already illustrious career.

The pair traded strikes throughout a fast-paced first round, with the Thai consistently trying to find a home for his thunderous right kick. And once he did, it was pure fireworks.

Early in the second frame, as the competitors exchanged combinations, Superbon landed a right kick flush on Petrosyan’s jaw. The Italian went stiff where he stood before crashing to the canvas from arguably the best head kick knockout in ONE history.

The highlight-reel finish not only earned Superbon the coveted gold, but it also secured his spot among the globe’s all-time greats and was named the organization’s 2021 Knockout of the Year in kickboxing.

The newly crowned featherweight kickboxing king faced another pound-for-pound great in his first World Title defense when he met Armenian superstar Marat Grigorian in March 2022 at ONE X.

It was a massive test for the Thai, who had been knocked out by Grigorian less than 30 seconds into their first meeting in 2018.

But in one of the best strategical displays ever seen inside the Circle, Superbon stopped the challenger’s trademark forward pressure with dozens of rib-crunching kicks, leaving the Armenian frustrated and desperate just minutes into the bout.

As the fight wore on, the World Champion only increased his output, adding step-in knees and punishing body punches to the mix while his opponent tried to press forward.

After five rounds of blistering action, Grigorian’s midsection was painted red with welts, having been target practice for Superbon’s precise attacks over the previous 15 minutes.

Unsurprisingly, the Thai megastar retained his World Title via unanimous decision, adding another legendary name to his growing win column.