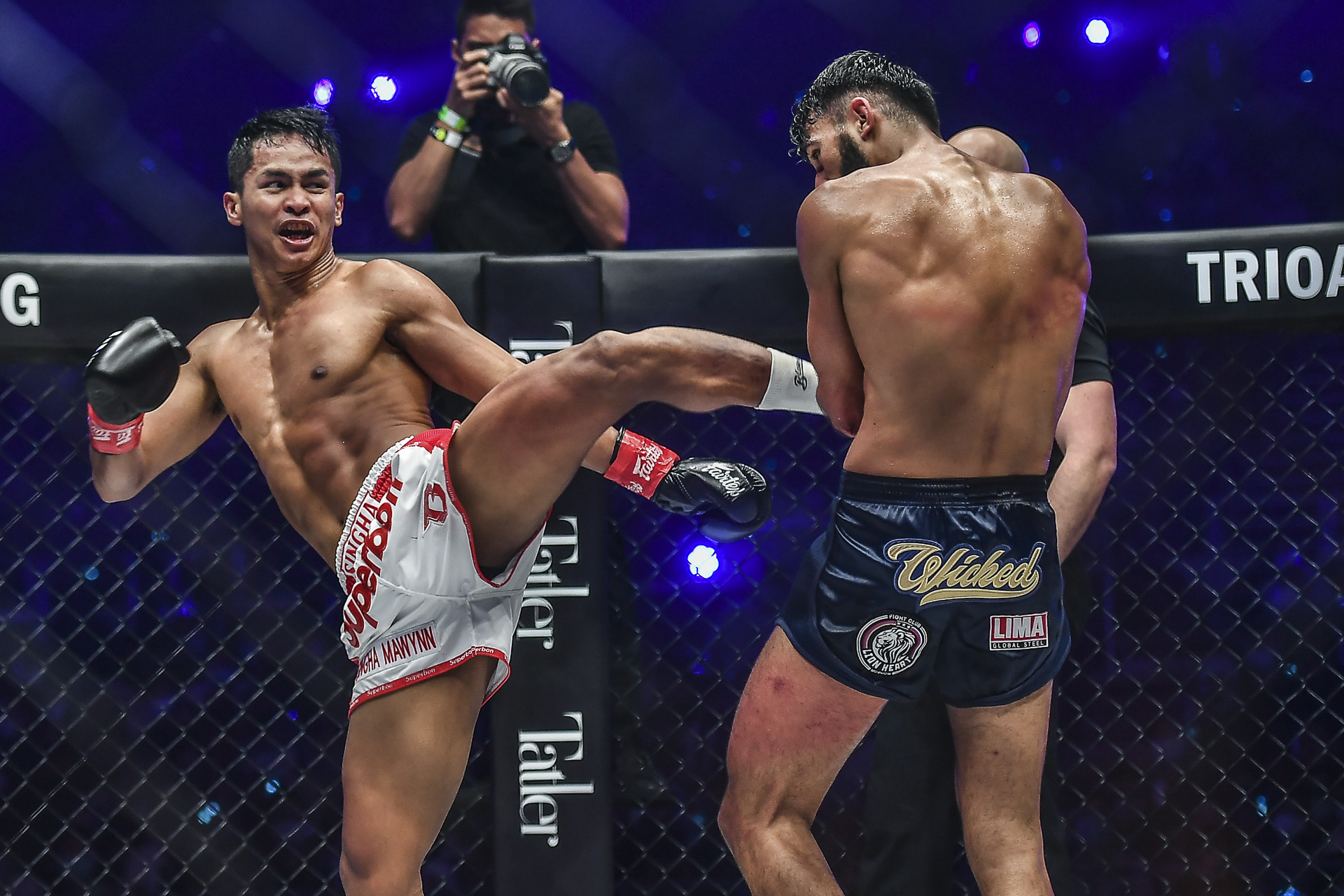 For Superbon Singha Mawynn, revenge is a dish best served in the Circle.

The ONE Featherweight Kickboxing World Champion not only defended his belt against #1 contender Marat Grigorian at ONE X: Grand Finale on Saturday, 26 March, but he settled a score dating back to 2018.

In the first and second stanzas, Grigorian came on strong with boxing combos that he hoped would slow Superbon enough to make him a standing target for his knockout right hand.

But the defending World Champion attacked intelligently off the back foot, and he used low kicks and step-in knees to keep the challenger flustered.

The Thai’s evasion skills were something to be admired. When Grigorian stepped forward to punch, Superbon seemingly disappeared and then reappeared behind him – and when the Armenian turned around, he was met with jabs and push kicks.

In round three, Grigorian found some early success with a barrage of punches. But Superbon shut down his foe’s boxing range by repeatedly wrapping him up. The Thai star’s tactics kept him safe from incurring any real damage as the two men moved into the World Championship rounds.

Frames four and five only drove Grigorian deeper into the hole, and he was having more and more trouble climbing out of it.

The defending World Champion then doubled up on his body kicks, leaving Grigorian’s rib cage looking like a patch of wild cherries. To add fuel to that fire, Superbon returned to his step-in knees and forced his opponent to wilt over the shots.

After 15 minutes of action, all three judges gave Superbon the nod.

The victory bumped his record to 113-34 and gave him his first World Title defense. Next, the Thai superstar will face the newly crowned ONE Featherweight Kickboxing World Grand Prix Champion, Chingiz “Chinga” Allazov.