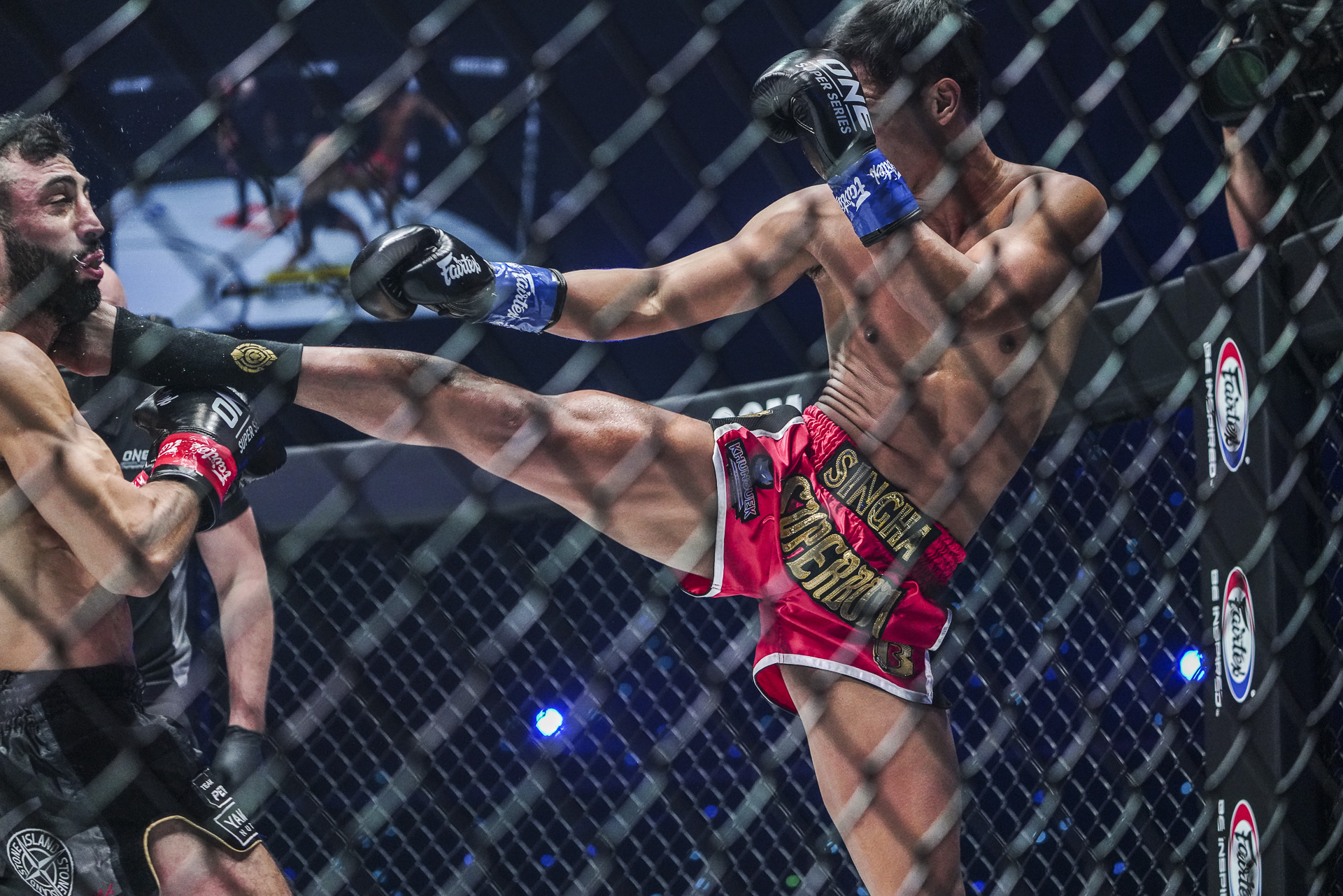 For years, fans of the striking arts have debated who the best featherweight kickboxer on the planet is, and two men were often at the top of that list – #1-ranked Giorgio “The Doctor” Petrosyan and #2-ranked Superbon.

However, all that chatter came to an end at ONE: FIRST STRIKE on Friday, 15 October, when Superbon hit Petrosyan with a career-changing right high kick in the second round of their inaugural ONE Featherweight Kickboxing World Championship bout.

That kick earned the Thai superstar a walk-off knockout victory and the vacant gold strap.

In the first round, Petrosyan moved forward to close the distance and land his precise punches, but Superbon took steps back and kept himself out of punching range – but just close enough to land some right kicks.

And when Petrosyan did manage to fire off the odd kick of his own, Superbon countered immediately. The Thai, doing as he said he would, also softened up his rival’s midsection with solid knees as the frame progressed.

Superbon started the second round with a testing right kick, attempting to measure the Armenian-Italian’s reactions. In return, Petrosyan pumped out a piston-like jab at Superbon’s face, but the Thailand native stepped back yet again and launched another right kick.

Superbon then moved laterally across the Circle to avoid being a standing target. But “The Doctor” tracked him down while eyeing up opportunities to strike.

He was forced to use a push kick to keep Petrosyan away, and the #1-ranked featherweight caught it and tried to sweep out his opponent. The crafty Thai, however, jumped over the trip attempt, double-dutch style, and kept moving.

Petrosyan pumped out two more jabs and a straight left, but Superbon moved backward and hammered out yet another right body kick. In a flash, he threw another, followed by a left hook.

“The Doctor,” showing superb fight vision, countered with a straight left in the frantic exchange. But he exposed his left side in the process, and Superbon streamlined another right high kick in Petrosyan’s direction.

Petrosyan tried to step back and evade the kick, but his movements weren’t quick enough.

Superbon’s foot careened into the Armenian-Italian legend’s jaw. “The Doctor” curled forward before rolling backward onto the canvas, at which point the referee jumped in to wave off the action at the 20-second mark of round two.

The victory not only bumps Superbon’s record to 112-34, but it also makes him the first person to defeat – and KO – Petrosyan in seven years.

And more importantly, it makes him the first man ever to become the ONE Featherweight Kickboxing World Champion.