The curtain has fallen on ONE: DESTINY OF CHAMPIONS, and with it, ONE Championship’s calendar of 2018 events.

Across 11 excellent battles, fans in the Axiata Arena in Kuala Lumpur, Malaysia saw some stunning displays from new and familiar faces that taught fans a lot about what we can expect in The Home Of Martial Arts as we move into 2019.

These are some of the lessons to take away from another incredible evening of action.

#1 Yodsanklai’s Striking Is On Another Planet

However, like 200 others before him, he was soon humbled by the skill and power possessed by the man standing across from him in the cage.

“The Hero” had already tagged the Australian with damaging blows before he ripped three lead uppercuts into his chin to close the show by KO. It was all over after little more than two minutes.

Few men on the ONE roster can match the precision and awe-inspiring power possessed by “The Boxing Computer.” However, if anyone can, it will make for one incredible battle.

#2 Jihin Radzuan Is A Superstar In The Making

If it was not already obvious from her first two ONE performances, Jihin “Shadow Cat” Radzuan is going places in the atomweight division.

The Malaysian hero picked up her third win in the organization, and fourth overall, against Jenny “Lady GoGo” Huang to keep her undefeated record intact, and to emerge as one of the most exciting and well-rounded athletes on the women’s roster.

The 20-year-old is supposed to be at her best on her feet, and though she did light up her Chinese opponent with punches, she was dominant again when the match-up hit the canvas.

The nature of her performance dictates another step-up in competition next. If she can win again, predictions of a World Title shot in her future will not seem far-fetched.

#3 Thai Brilliance Too Much For Game Europeans

Two ONE Super Series Muay Thai bouts on the main card saw athletes from Portugal and England play their part in two incredible battles, but their Thai opponents just had that x-factor to pull out the victories.

Rui Botelho opened the marquee portion of the event opposite Panpayak “The Angel Warrior” Jitmuangnon, and just like in his debut display, he caused his opponent problems with his speed and aggression.

However, in the second round, the two-division Lumpinee Stadium Muay Thai World Champion waved his magic wand of a left leg to score a knockdown with a head kick and set himself on his way to a unanimous decision victory.

Similarly, Liam “Hitman” Harrison looked to have the upper hand against Petchmorrakot Petchyindee Academy. But when the Thai superstar started to turn up the heat, he landed a knockout elbow that ended the bout in round two.

#4 Yosuke Saruta Is A Factor At Strawweight

There cannot be many tougher tests for a strawweight debut than former World Champion Alex “Little Rock” Silva.

That is the challenge Yosuke “Tobizaru” Saruta had to face in his first performance in The Home Of Martial Arts, but he proved why he was the Shooto Strawweight World Champion, and now a top contender in his new organization.

The Japanese powerhouse was stronger, and always one step ahead of his Brazilian rival. He avoided his dangerous submission attempts and outworked him over 15 minutes to emerge with a unanimous decision victory.

Silva is one of only four men to have held gold in this weight class, so Saruta can expect to be one of the leading candidates for a shot at the belt after Joshua “The Passion” Pacio and Hayato Suzuki face off in Jakarta, Indonesia at ONE: ETERNAL GLORY.

#5 Cambodian Mixed Martial Arts Is On The Rise

It was a banner night for the Khmer warriors in Kuala Lumpur.

The prelims kicked off with a pair of wins from Cambodian athletes as Sovannahry Em and Chan Rothana picked up impressive victories on the prelims.

Em kicked things off with a first-round TKO of Iryna “Delsa” Kyselova. The Cambodian-American looked confident as she quickly took her opponent to the mat and finished her with ground and pound.

She is now a perfect 3-0 in her young career, and if she continues to develop, she could be a mainstay among the elite in The Home Of Martial arts soon – and for years to come.

Rothana had to work harder to overcome Abro “The Black Komodo” Fernandes, but he prevailed with a second-round TKO after a back-and-forth war.

It was the first time we have seen the leader of Phnom Penh’s SELAPAK gym compete in more than a year and a half – and by defeating an undefeated star, he showed how far his skills have progressed.

If he continues along that path, and these athletes’ compatriots can follow their example, we could see a lot more from Cambodia on the global stage for martial arts. 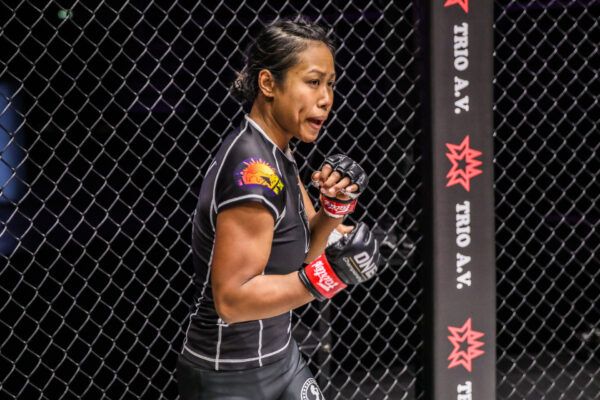