ONE Championship returns to Manila, Philippines this weekend with another stacked card featuring two ONE World Title encounters.

Filipino heroes will hope to leave the cage with gold wrapped around their waists after the ONE: CONQUEST OF CHAMPIONS main and co-main events, but it will not be easy.

Their competition is fierce, and their rivals intend on silencing the crowd inside the Mall Of Asia Arena this Friday, 23 November.

On top of the local superstars, athletes from around the globe will descend on the world’s largest martial arts organization, making for a multitude of reasons why you should tune in. Here are just four of them.

The Big Boys Are Back In Town

Brandon Vera vs. Mauro Cerilli has all the makings of a heavyweight classic! Predictions?

ONE Heavyweight World Champion Brandon “The Truth” Vera (15-7) will return to the cage to defend his crown for the first time since he knocked out Hideki Sekine in December 2016.

Vera’s attention has been on other projects for the last couple of years, and he will have to be back to his best to defend his belt for the second time when he meets Italian knockout artist Mauro “The Hammer” Cerilli (12-2).

Like “The Truth,” Cerilli is known for his finishing ability. Vera arguably has more weapons in his striking arsenal, but power is always a great equalizer, and “The Hammer” has it in spades.

The challenger has also competed four times since the World Champion was last in action, and the momentum he has built with his winning streak could weigh in his favor.

However, in front of his compatriots, and with a lot to prove following his time away, “The Truth” will do everything in his power to maintain his grip on the belt.

Another National Hero Goes For Gold

Eduard Folayang may fall, but he won't stay down!

Folayang has secured two impressive victories since he lost his belt to Martin “The Situ-Asian” Nguyen at ONE: LEGENDS OF THE WORLD, and he has looked like a better, more well-rounded martial artist in the process.

Singapore’s Khan has back-to-back stoppage victories over Sung Jong Lee and Folayang’s Team Lakay training partner Honorio “The Rock” Banario, and now the man who holds the record for most ONE victories will compete for a World Title for the first time.

Both are heavy-hitting strikers – “Landslide” with his famed wushu style, and Khan with the Muay Thai he has honed at Evolve – which should make for a fascinating clash on Friday night.

There are four ONE Super Series bouts showcasing kickboxing and Muay Thai to the Filipino fans. Each one features world-class strikers, but three are in particular are riding a wave of momentum thanks to some jaw-dropping wins in the world’s largest martial arts organization.

On the main card, Saemapetch Fairtex (118-14-1) hopes to build on his debut victory over Deividas “The Lithuanian Savage” Danyla against the man of the hour, Alaverdi “Dagger” Ramazanov (59-3).

Russia’s Ramazanov has raced to 2-0 in the organization thanks to a decision win against Petchmorrakot Wor. Sangprapai in Bangkok, and then the fastest ONE Super Series victory to date when he stepped up at short notice to knock out Andrew “Maddog Fairtex” in Singapore on 9 November.

Now, he will step up with just a few days to prepare to face another legend of the art of eight limbs.

Also on the card is China’s Han Zi Hao (59-15), who has been the most active competitor in ONE’s stand-up league. He picked up his second win with a stunning KO of Ryan Jakiri last month.

He can become the first man to achieve three victories in ONE Super Series when he collides with Malaysia’s Azwan Che Will (35-10).

ONE Warrior Series Graduates Battle On The Global Stage 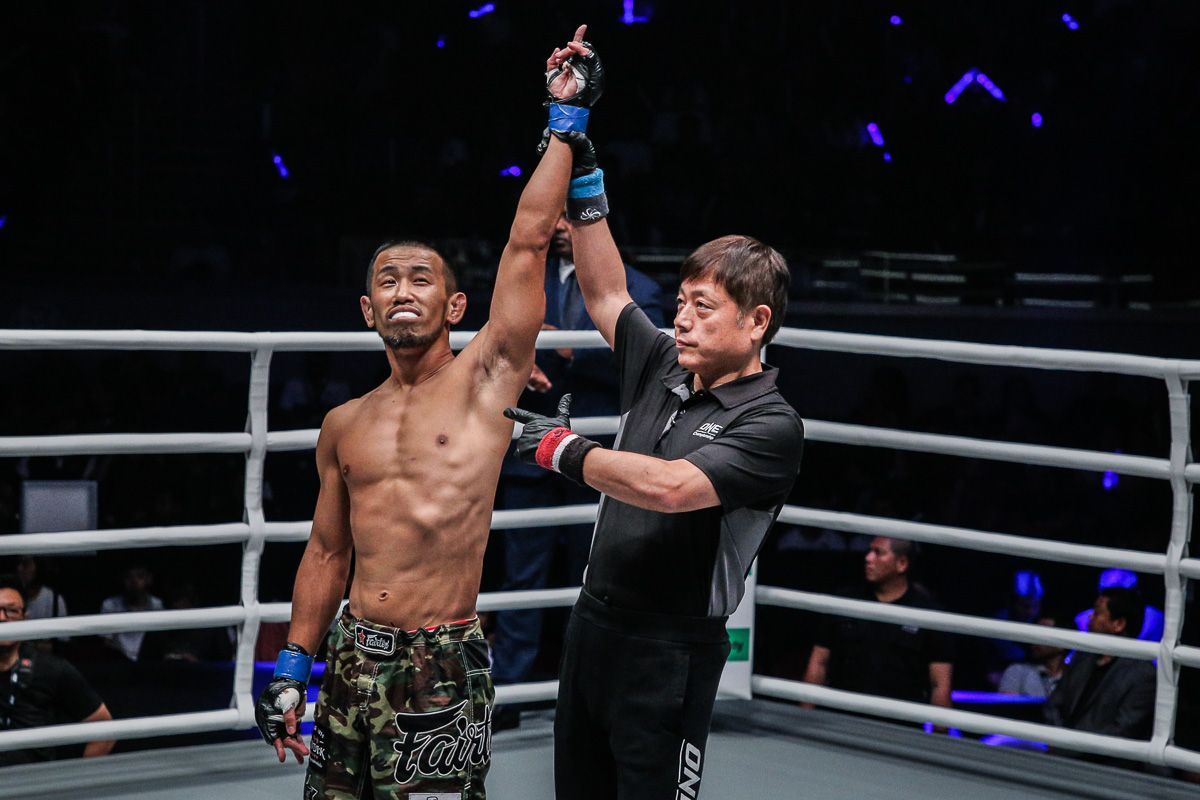 Graduates from Rich Franklin’s ONE Warrior Series (OWS) will meet in ONE Championship for the first time as Akihiro “Superjap” Fujisawa (4-0-1) faces Rockie Bactol (1-0) in a flyweight tilt.

A first-round knockout at OWS 1 got “Superjap” noticed by ONE matchmakers, and when the chance came to step up to the main roster, he took it. He defeated Kaji Ebin on his debut in the Home Of Martial arts at ONE: HEROES OF HONOR in April.

Bactol received a coveted ONE contract worth in excess of US$100,000 for his efforts on the first OWS show after he submitted Mark Cuizon in the first round. The rising Filpino has had to wait to get into the cage since then, but now he has the chance on one of the year’s most high-profile events.

If these warriors’ previous contests are anything to go by, fans can expect them to come flying out of the traps in an attempt to prove themselves in front of a global audience and show they belong among the world’s best.