There is no scarcity of action whenever ONE Championship rolls into Manila in the Philippines. The country’s martial arts fans are some of the most passionate in the world, and they will be out in full force to support their beloved superheroes this coming Friday, 26 January.

The promotion returns to the Mall Of Asia Arena with its second event of the year, ONE: GLOBAL SUPERHEROES. The night features an explosive main event, as local hero Geje “Gravity” Eustaquio rematches former ONE Flyweight World Champion Kairat “The Kazakh” Akhmetov. However, this time, it will be for the ONE Interim Flyweight World Title.

It’s going to be an action-packed night in Manila. Here are four reasons you must witness this martial arts spectacle.

#1 The ONE Interim Flyweight World Championship Is Up For Grabs

The official result, however, was inconclusive as to who the number one contender to the world title should be.

As 2018 begins, Eustaquio and Akhmetov are able to once and for all settle the score. This time, the highly-anticipated rematch is taking place on Philippine soil in front of Eustaquio’s hometown crowd. It is undoubtedly added pressure, but it also could send the Mall of Asia Arena into a frenzy should their countryman win.

The two athletes have both been clamoring for another shot at the undisputed world champion, but with Adriano Moraes out of action, the flyweight division will need a new king to run the show. The stakes are a little higher this time around, as the two martial arts superstars will be vying for the ONE Interim Flyweight World Championship.

Akhmetov was able to get the better of “Gravity” with his fluid wrestling game in the first go around, so the ball is in Eustaquio’s court at the moment. The Filipino stalwart needs to prove that he can negate that, and use his striking to overcome the visiting Kazakhstan in order to be victorious.

#2 The Evolution Of Joshua Pacio 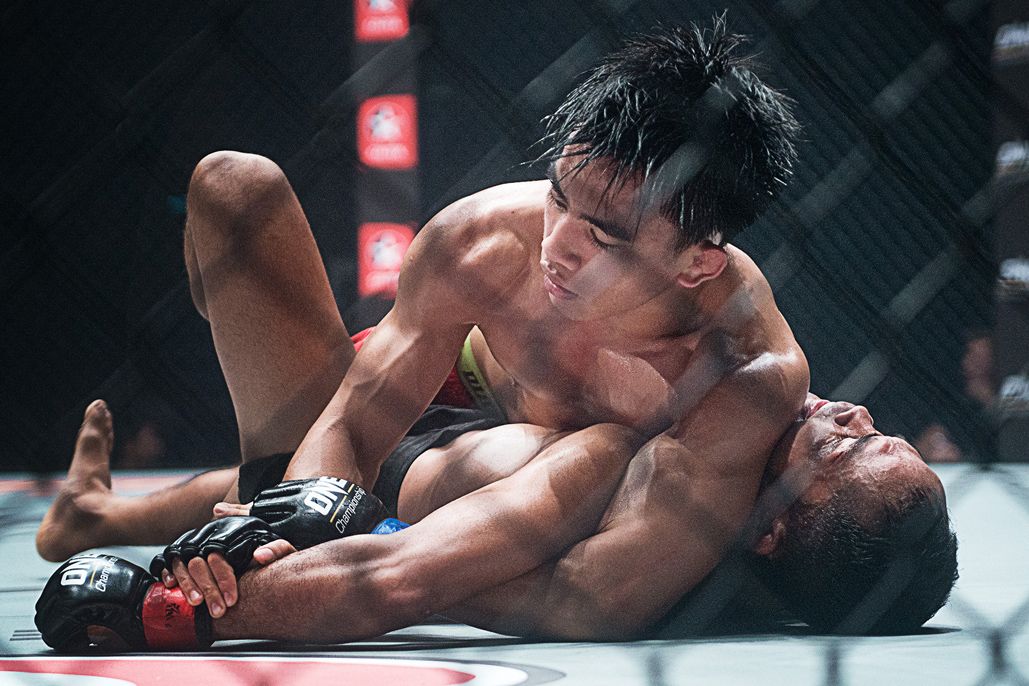 Young martial arts superstar and former world title challenger Joshua “The Passion” Pacio still has his whole career ahead of him. But at just 22 years of age, the next-generation Team Lakay proponent is already an accomplished veteran, with a slew of impressive wins under his belt.

It has truly been a pleasure to watch Pacio rise through the ranks over the past couple of years. After joining the promotion in April 2016, the Baguio City native quickly impressed enough to earn a shot at the ONE Strawweight World Championship.

Although he fell just short of victory against then-champion Yoshitaka “Nobita” Naito, it was the sort of performance that ultimately put the world on notice. He experienced a slight setback with a submission loss to Hayato Suzuki shortly after, but first he bested former world champion Dejdamrong Sor Amnuaysirichoke via split decision.

Now, Pacio promises another blistering run up towards a world title shot in 2018. On Friday, he faces Chinese sanda champion Lan Min Qiang in the co-main event of ONE: GLOBAL SUPERHEROES. An impressive showing could catapult Pacio towards reigning ONE Strawweight World Champion Alex Silva sometime later this year. 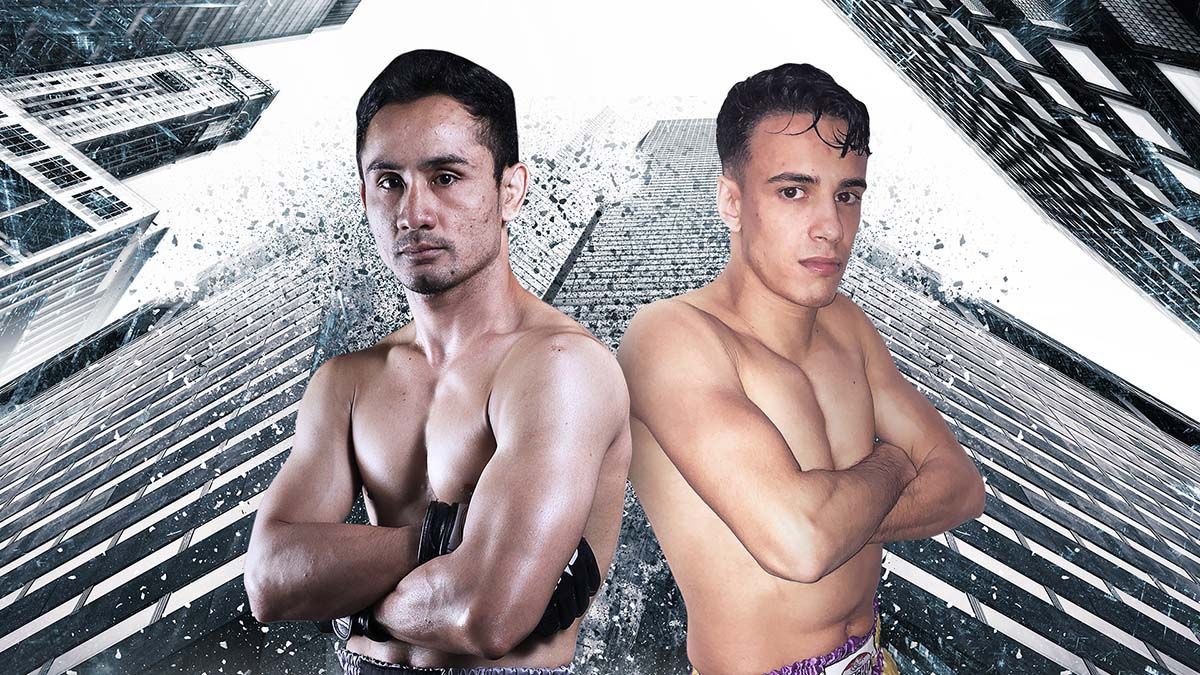 ONE Championship takes great pride in being a true celebration of Asia’s greatest cultural treasure of martial arts. The promotion held several traditional martial arts contests, which include showcases of pure disciplines such as lethwei, kun khmer, and submission grappling.

This time, fans in Manila are in for a treat. Multiple-time Lumpinee Stadium Muay Thai world champion and legendary Thai warrior Sam-A Gaiyanghadao is set to grace the ONE cage for the very first time, and takes on Milan, Italy’s Joseph “Hurricane” Lasiri in the organization’s first-ever Muay Thai bout.

The match features traditional Muay Thai rules, and should serve as an incredible introduction to those who have yet to witness an authentic Muay Thai bout up close.

Regarded as one of the best Muay Thai warriors in history, Gaiyanghadao is a former Lumpinee Stadium Fighter of the Year, and sports an astonishing 364-46-9 professional Muay Thai record. Lasiri, on the other hand, is a WBC Muay Thai Super Bantamweight World Champion, and a highly-decorated kickboxer with a record of 31-5.

The fast-paced, high-powered action of a live Muay Thai bout should set the pace for an amazing night of world-class martial arts action.

Featuring the absolute best martial arts talent from Asia and across the world, ONE places a heavy focus on developing homegrown martial arts superheroes, and the Philippines has no shortage of them.

Seeing action at ONE: GLOBAL SUPERHEROES is featherweight veteran Eric “The Natural” Kelly, who returns to action against Brazil’s Rafael Nunes. His younger brother Edward “The Ferocious” Kelly of the famed Team Lakay will also make his much-awaited return to the cage against undefeated Cambodian Meas Meul.

This is the first time ever that the Kelly brothers will be performing on the same card, so it should be interesting to see if that provides a little extra motivation coming into their respective bouts.

Also in action are female atomweight stars April Osenio and Jomary Torres, who are scheduled to throw down in a three-round all-Filipino contest. Osenio is embarking on a new campaign after a tough run of results, while Torres is out to defend her undefeated three-bout run, so a victory for either athlete could set off an incredible 2018. 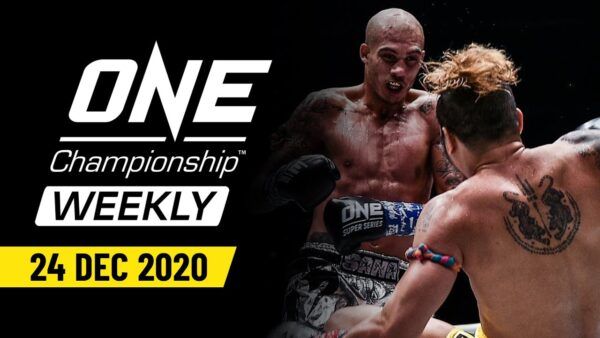