ONE Championship’s first event series of 2021 will come to its conclusion with some fascinating matchups at ONE: UNBREAKABLE III, which airs this Friday, 5 February.

The card is topped by the mixed martial arts return of former ONE Atomweight Muay Thai and Kickboxing World Champion Stamp Fairtex, who takes on feared Ukrainian grappler Alyona Rassohyna.

However, the supporting bill is also plenty capable of providing fireworks.

From the giant hard-hitters of the heavyweight division to the speed and dynamism of the strawweights, here are three fights that could end up stealing the show at the Singapore Indoor Stadium.

There’s no question that #2-ranked bantamweight contender Shoko Sato is one of the hottest martial artists in his weight class. The Japanese Mixed Martial Arts Champion is riding a six-bout winning streak — all via stoppage — including three victories under the ONE banner.

Sato is an all-action fighter who never stops attacking in any range. He fires off accurate strikes when standing, possesses strong ground-and-pound and submission skills, and produces constant offense during transitions.

That makes the Tokyo resident a daunting prospect for any type of opponent, but rising star Fabricio “Wonder Boy” Andrade has the kind of youthful confidence that won’t allow him to be fazed.

The South American Muay Thai Champion already owns 40 wins in the striking arts to go along with his burgeoning mixed martial arts career, though he is not one-dimensional. Andrade showcased his ability to adapt from striking to grappling when he submitted Mark “Tyson” Fairtex Abelardo in his promotional debut.

All in all, this matchup features two athletes who attack constantly for the finish no matter where the fight plays out. Plus, there is the extra incentive of potential World Title contention for the winner. That means fireworks are all but guaranteed.

Ryuto “Dragon Boy” Sawada’s quest to break into the strawweight rankings will resume this Friday when he faces off against Filipino veteran Robin “The Ilonggo” Catalan.

Catalan has competed on the global stage 10 times, defeating the likes of Stefer “The Lion” Rahardian, Gustavo “El Gladiador” Balart, and Adrian “Papua Badboy” Mattheis along the way, while Sawada is just three bouts into his tenure in The Home Of Martial Arts.

“The Ilonggo” has knocked out and submitted plenty of his rivals, most memorably finishing Balart with a stunning head kick in his last outing.

Meanwhile, “Dragon Boy” certainly has the skills to cause problems for any strawweight. The Evolve star is well-rounded, though he’s a particularly potent submission specialist who owns seven victories via tap out.

A decisive win would push either man closer to the top of their division. They both have the tools to compete on the feet or on the ground. Plus, strawweights have engines that can run for days.

Add it all up, and the action could be frantic. 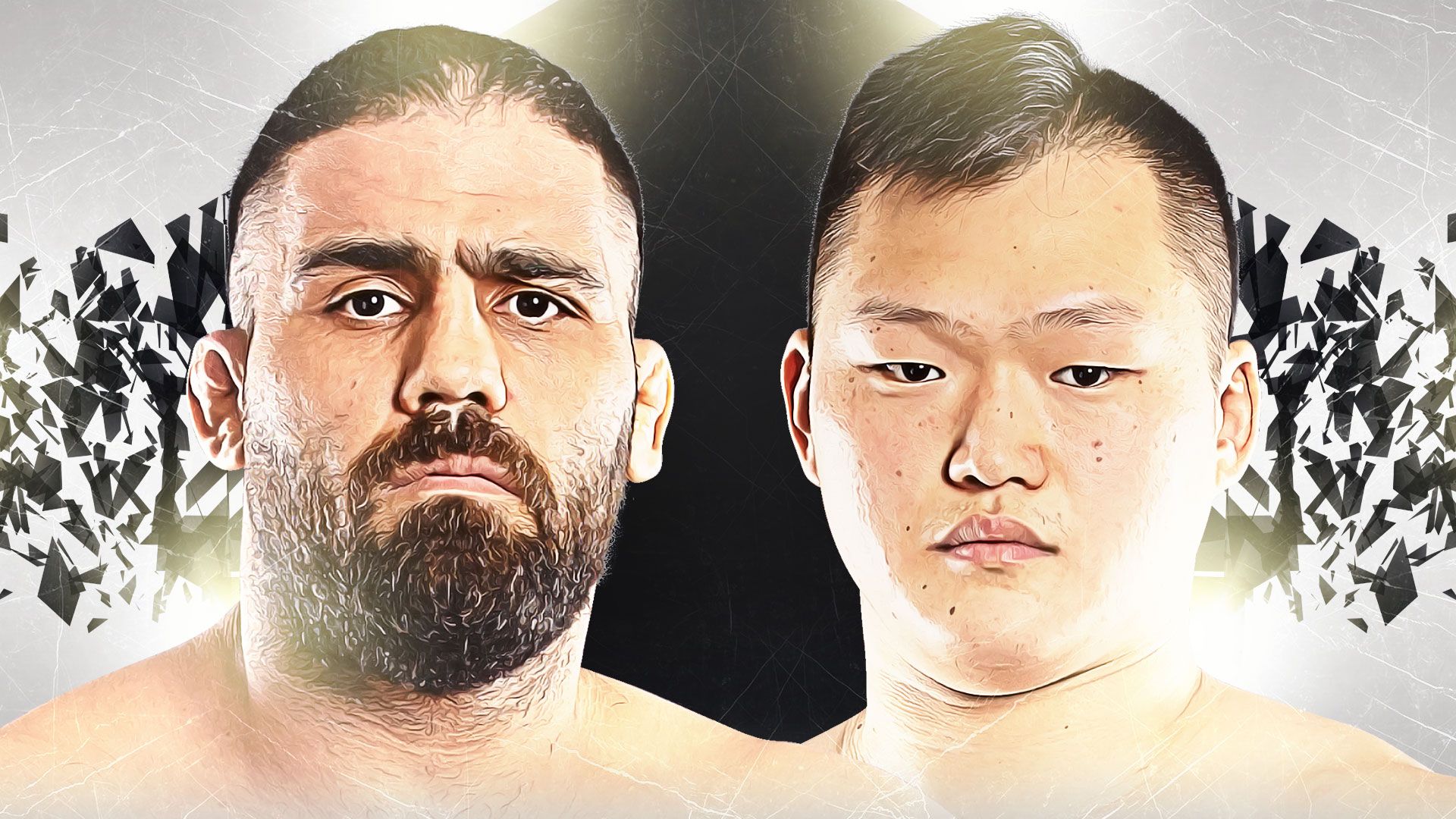 There is always an air of anticipation around heavyweights, with dramatic finishes extremely likely when two ginormous men collide.

That’s exactly the case for this battle between “Mighty Warrior” Kang Ji Won and Mehdi Barghi. All of their combined victories have come by stoppage in the very first round, and there’s no reason to believe things will be different in Singapore.

South Korea’s Kang comes from a striking background and has dispatched all of his opponents to date via knockout. Though he started his career primarily in the kicking art of taekwondo, his hands have done the damage in his professional mixed martial arts fights.

For his part, Barghi is an Iranian Wrestling Champion who’s produced an even split between TKO and submission victories, though it’s most likely that he’ll opt to try and drag the “Mighty Warrior” to the canvas.

Whoever wins, this battle of wills between two giants will provide fiery results.