Fabricio “Wonder Boy” Andrade notched the biggest win of his career in his debut performance on the global stage.

In his first ONE Championship fight, the Brazilian submitted Mark “Tyson” Fairtex Abelardo with an impressive rear-naked choke in the second round of their catchweight mixed martial arts contest at ONE: NO SURRENDER in Bangkok, Thailand, on Friday, 31 July.

Abelardo pressured “Wonder Boy” from the opening bell, but lightning-quick counterpunches prevented him from getting inside. Andrade was able to pepper the Filipino-Kiwi with precision strikes and looked incredibly sharp throughout round one.

Those quick counterpunches from the Brazilian continued in the second frame and forced “Tyson” to become more aggressive – a decision that ultimately led to the submission.

Abelardo attempted a takedown, but Andrade defended brilliantly and slipped to his opponent’s back in the blink of an eye. Then the Tiger Muay Thai representative quickly got his arm under the Fairtex product’s chin and locked in the rear-naked choke.

The Filipino-Kiwi tried to defend, but he quickly succumbed to the submission hold. The referee stopped the match at 1:11 of round two. 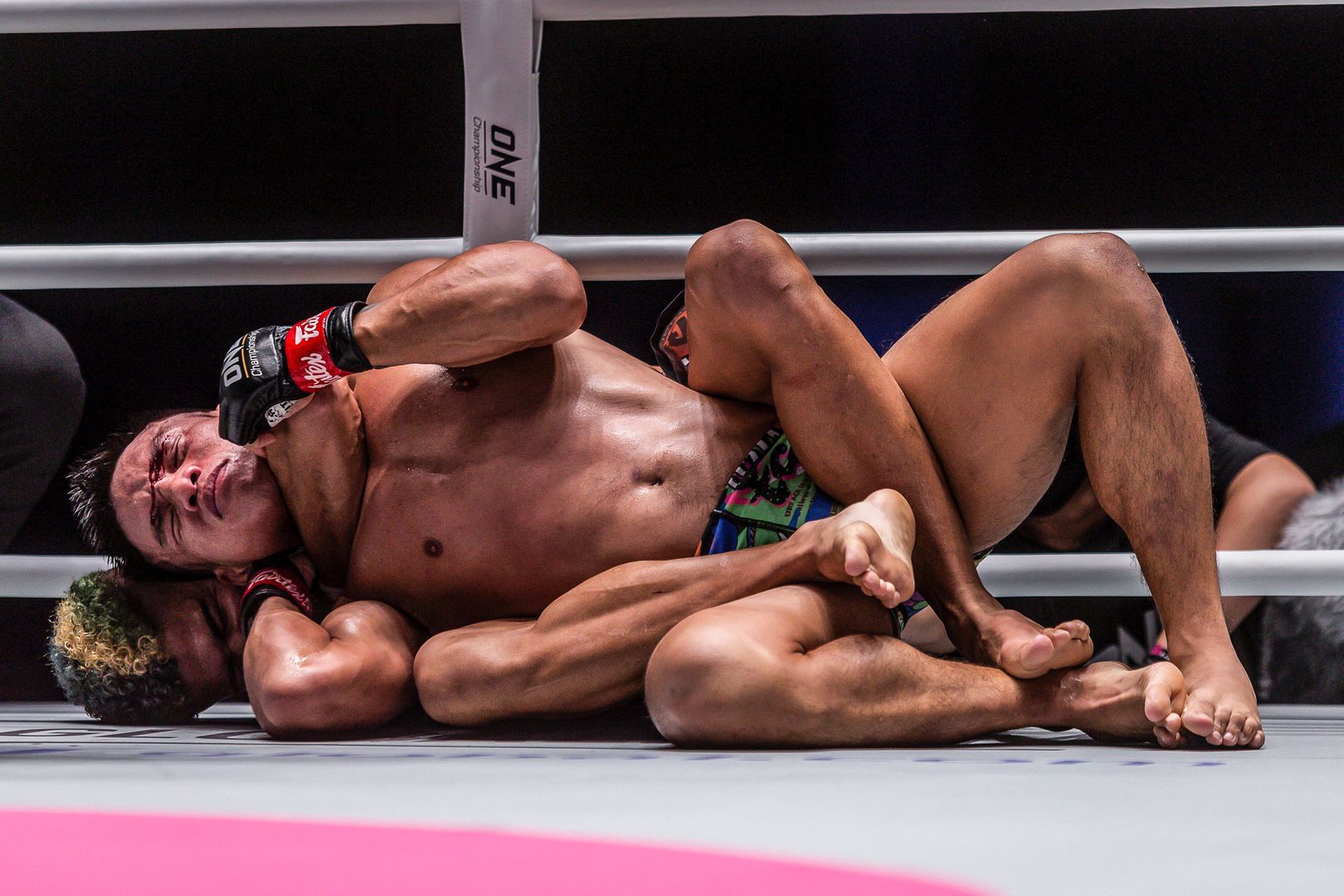 The debut victory moved Andrade’s record to 4-2 and kick-started his ONE career on solid footing.