Shoko Sato has been on an incredible run of form in ONE Championship, and another victory could pave the way for a World Title opportunity.

This Friday, the #2-ranked bantamweight contender will meet Fabricio “Wonderboy” Andrade in a mixed martial arts fight at the previously recorded ONE: UNBREAKABLE III, and he’s added even more skills to his repertoire for this matchup.

Sato will need those new tools against Andrade, who exploded onto the scene with a submission victory in his promotional debut. Still, the Japanese star is certain that he has the skills and experience to deal with the Brazilian phenom at the Singapore Indoor Stadium.

In this exclusive interview, the Sakaguchi Dojo and Fight Base Toritsudai representative talks about his evolution, his tactics, and the route to beating “Wonder Boy” in “The Lion City.”

ONE Championship: Have there been any areas of your mixed martial arts game that you’ve been specifically focusing on?

Shoko Sato: I think my grappling has improved. I think I am more inclined towards grappling than striking – contrary to the past.

I have come to grapple using my initiative. I used to use striking a lot. But now, when somebody tries to grapple with me, I grapple back and aim for takedowns. I don’t know if it is because my grappling has improved, but now I have this tendency.

I have been working on my grappling for a long time, and I think this just happened to be the time where I witnessed the improvements.

ONE: This time, your opponent is Fabricio Andrade. What is your impression of him?

SS: I watched his ONE debut [at ONE: NO SURRENDER against Mark Fairtex Abelardo]. I fought against Abelardo in my ONE debut, so I was interested in it.

Abelardo is tough, and he exchanges strikes from close distance, so he gets points while exchanging countless strikes. And he is also good at damaging his opponents, too. He swings his elbows relentlessly.

On the other hand, Andrade was a good striker, and I felt that he won by eliminating Abelardo’s strong points and showing only his own.

He didn’t allow Abelardo to get into range, which gave him the advantage. Andrade was the only one hitting, dodging, and hitting again, dealing with takedowns. Then he took his opponent’s back and ended the fight with a choke. 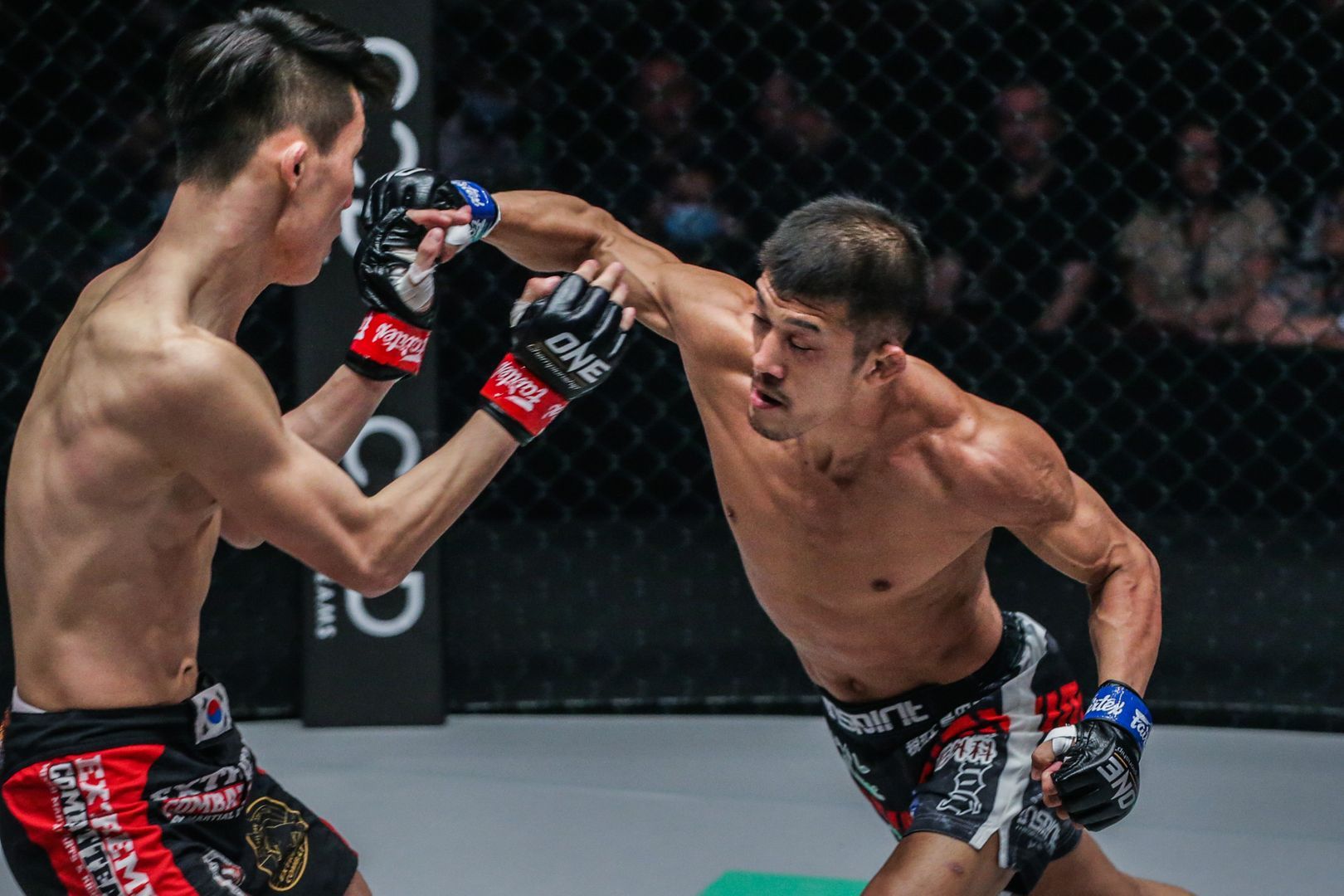 ONE: Andrade has a striking background, but he has other wins by submission, too.

SS: Yes, I saw another one of his bouts and he won by rear-naked choke that time, too. I think his basic strategy is to use strikes, and when his opponents get impatient and aim for a takedown, he deals with it and finishes with a choke. So, I think he is basically a striker.

Since they teach Muay Thai and mixed martial arts at Tiger Muay Thai, I think he is also training his grappling properly there.

ONE: What do you think Andrade’s strong points are?

SS: I think his strong point is his striking. His movements are so small, but when he swings, he does it relentlessly, so it makes his strikes kind of unpredictable. It’s hard to guess how he is going to attack.

Also, he has a background in Muay Thai, so he is capable of competing in the clinch. When he pushes opponents towards the Circle Wall, or even in the center of the ring, he won’t let them take a better position. This is what I thought when I was formulating my strategy.

Also, Muay Thai athletes have good balance. They can attack after catching the opponent’s limbs, so they know how to deal with it or maintain balance. Those are things I really don’t like. They also have elbows and knees.

ONE: What do you think his weak points are?

SS: In mixed martial arts, it will take more time to develop ground skills. So, when it comes to the general scrambles, like taking opponents down, standing up, and getting into ground battles, I wonder how he can handle those situations. I don’t have many of his bouts to watch, so I am not fully sure, but I am making a prediction like that.

ONE: You mentioned you have been doing more grappling recently. Do you plan to use those new grappling skills in this fight?

SS: Of course. I will use striking, too. I have been doing mixed martial arts for a long time. I can not only do grappling, but I’ll also use my grappling as a feint to land strikes or vice versa.

Also, I have variations to do damage in halfway positions, such as when I push opponents against the Circle Wall, when we are on the ground, and when we are about to stand up again. I think this is my strength.

I always try to mix things up. While doing so, I will look for what I am better at and what my opponent hates.

ONE: How do you think the bout will play out?

SS: I think we will scramble a lot, both standing and on the ground. If he can deal with my grappling or my sequences from grappling to striking, it will be his game.

ONE: To avoid that situation, what are you preparing?

SS: I have various strategies in my toolbox. I always have backup plans to handle any situation. 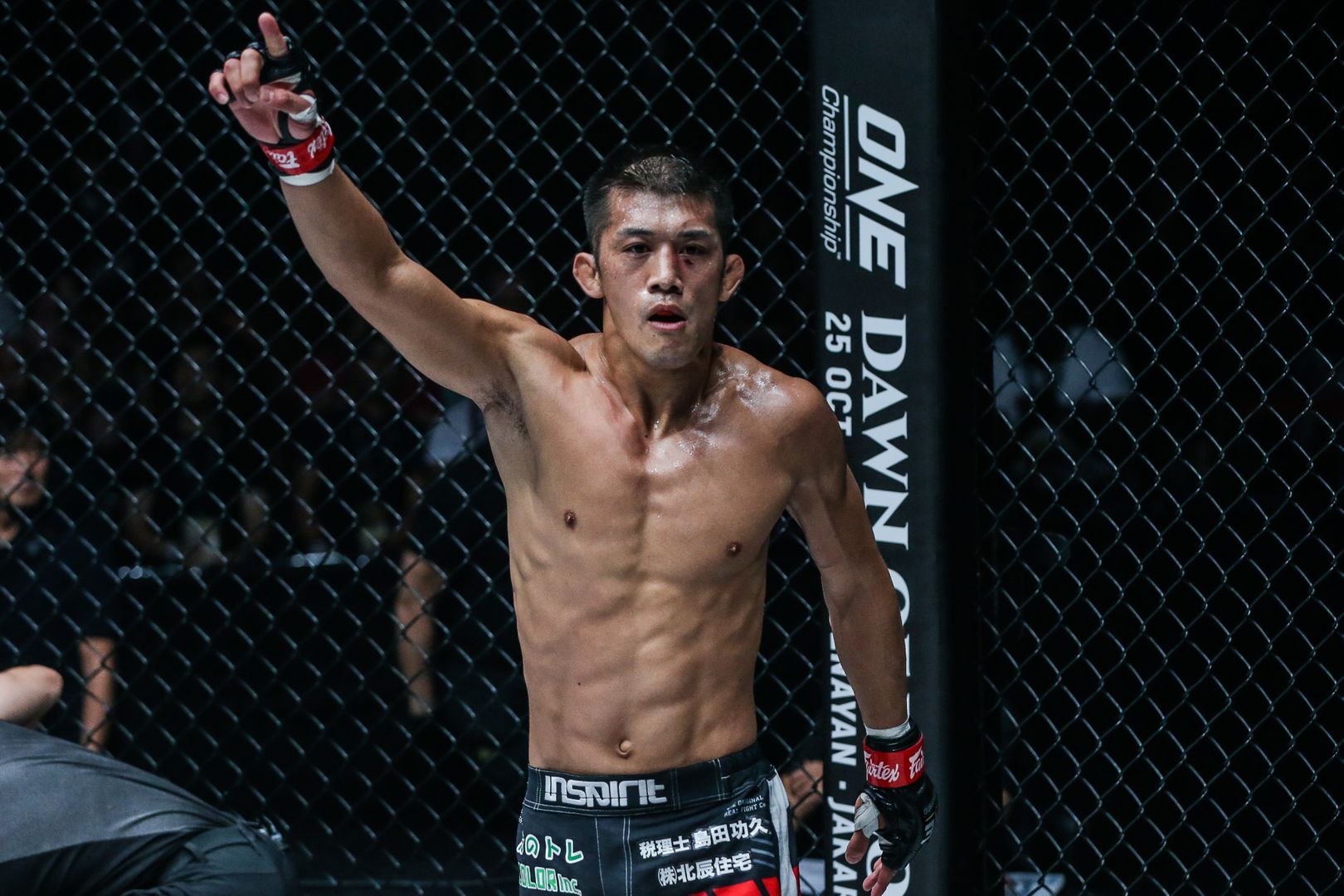 ONE: Why should the fans watch this bout?

ONE: If you win this time, it will be the 36th victory of your professional career. Do you think the next bout will be a ONE Bantamweight World Title match?

SS: This is something I cannot decide. It is no use thinking about what I cannot choose, so I just focus on what I can do right now. If I defeat all my opponents one by one, I think the opportunity will come someday.