Shannon Wiratchai fights for the second time in Bangkok under the ONE Championship banner at the Impact Arena this Saturday. His opponent is the 4-1 Filipino Richard Corminal, whose victories have all come by way of knockout.

Wiratchai is just the type of fighter who can introduce Thailand to the sport of MMA, while still paying homage to Muay Thai, the martial art that will forever be linked to “The Land of Smiles”.

“Shannon is a great ambassador for MMA. He’s well educated and well spoken. I believe he speaks three different languages. He’s very presentable, and has been on numerous TV shows in Thailand,” says Bangkok-based MMA journalist James Goyder. “He’s someone that I think mainstream audiences can really relate to.”

The belief that fans and neutral observers have in him now, wasn’t always so evident though.

“His most significant fight was probably the first time he fought Mitch Chilson,” Goyder adds. “He was up against a guy who trained at Evolve, the top camp in Asia, and who had an international reputation. Shannon came in as this good-looking Thai, and a lot of us wondered whether he knew what he was getting himself into.”

The bout against Chilson ended in a no contest after an accidental foul by Wiratchai. The rematch 14 months later saw the Thai win by TKO in round one.

“From our first fight to our second, he was a different fighter,” Chilson recalls. “In the second fight, he seemed to be rooted to the canvas. It was hard for me to get hold of him, and hard for me to take him down.

“He’s a very creative, flamboyant fighter. He has a good sense of what his opponent is going to do. When I threw the spinning back elbow, he was able to evade it quite easily.”

From there, the 28-year old has remained unbeaten, with a split decision win over Amir Khan, a submission over Kyal Linn Aung, and a second-round TKO of Peter Davis. 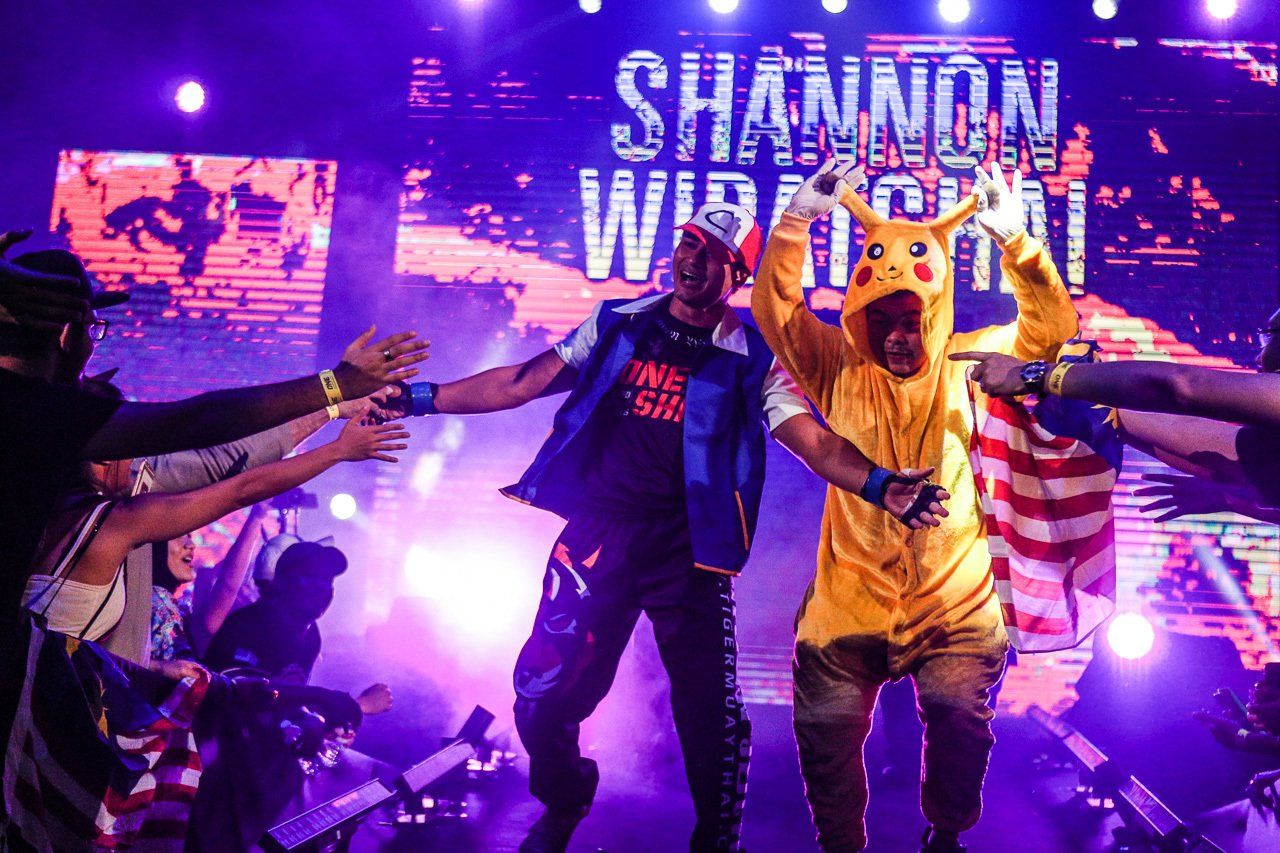 His flamboyance is certainly key to his popularity. He’s entered arenas while riding on a foam dinosaur, and even as a full-blown Pokemon character.

“Shannon definitely has got the entrances down. I love how relaxed he is. He doesn’t take himself too seriously. He’s able just to hang loose and let himself have fun,” says Chilson. “He’s able to show the fans something different, and it’s a lot of fun to watch.

What also helps him stand out is that he’s not the Thai mixed martial artist that most people would expect. He comes from a judo background and an exotic style of kung fu. The Muay Thai we might be looking for in Thai MMA’s favourite son is quite hard to find.

Corminal will have much to deal with. Not least of all is the potential upside that Wiratchai can surely focus on — with another Bangkok event scheduled for 9 December, a shot at ONE Lightweight World Champion Eduard Folayang would be an almost irresistible match to make.

That is, if Wiratchai can win convincingly this week, and Folayang gets past Ev Ting in April.