Vitaly Bigdash needed a statement win at ONE: DESTINY OF CHAMPIONS to get back on track towards the ONE Middleweight World Title.

Against Yuki “Yu-King” Niimura, he did that in some style.

The Russian pulled off one of the most sensational submissions of 2018 to make the Japanese warrior tap to a reverse-triangle armbar in the first round of their match.

Now he is back in the win column, and victory over the Pancrase Middleweight World Champion has filled him with confidence.

In this exclusive interview, the Rostov native explains how he pulled off his highlight-reel win, and how he expects to earn a rubber match with the man who took the belt off him last year – “The Burmese Python” Aung La N Sang.

ONE Championship: What did you feel after your last fight when your hand got raised?

Vitaly Bigdash: It was a huge adrenaline rush! I felt overwhelming happiness and excitement, but also a huge relief – I am really happy to be back in the win column.

I was craving this win, I felt like I needed to prove myself to the ONE bosses and to my fans. As my hand was raised in the cage, all the memories of the last two months hard training rushed back. I spent one month training in Sweden and more than a month in Thailand.

I have not seen my family at all, and now it is all worth it. I could go back home as a winner – it was great. 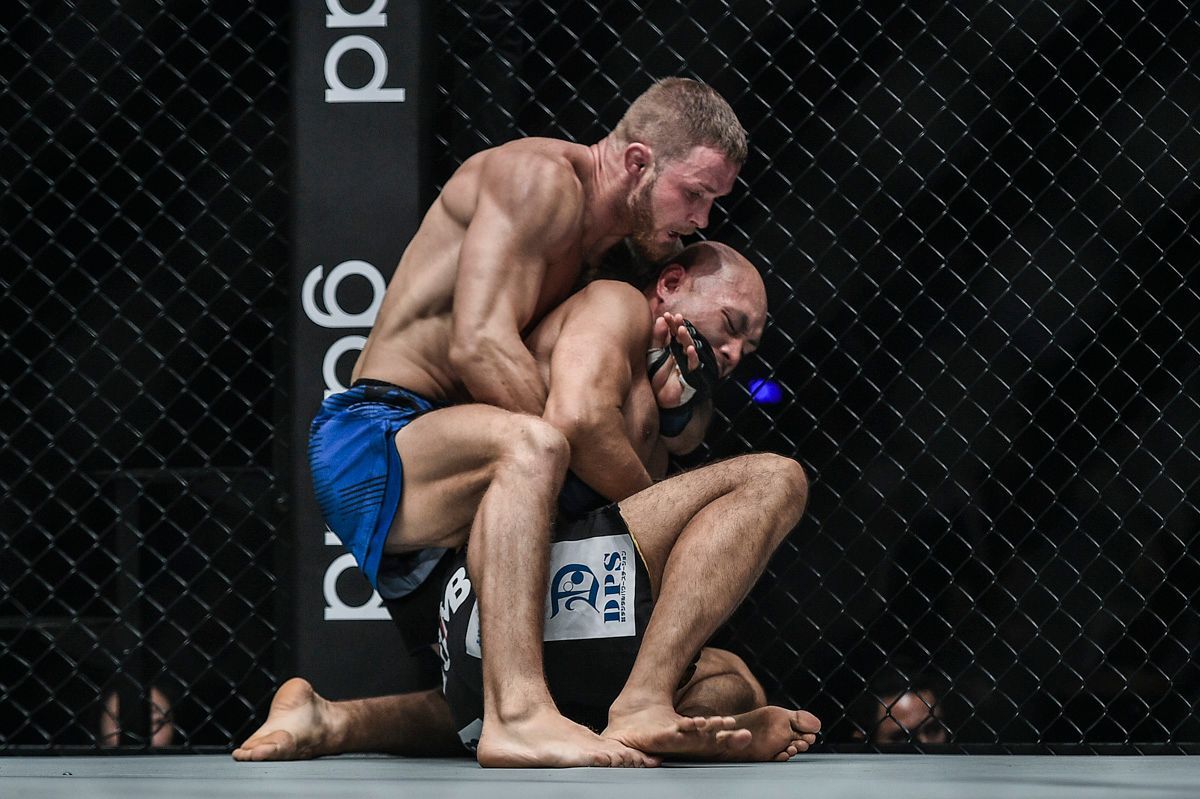 ONE: What surprised you about Niimura?

VB: The only thing that I had known about Yuki before the fight was that he had a good level of kickboxing skills.

I didn’t have time to check them, because the fight quickly moved to the ground. To be honest, I think I surprised him when I didn’t want to exchange punches, but tried to grapple with him instead.

He has a strong will. I planted him on the canvas several times, but he always fought back, and at the end of the first round he didn’t want to tap out.

When I locked him with my legs in a reverse triangle choke, I saw grimaces of pain on his face. I was applying more and more pressure, but he chose to endure pain for quite a while. 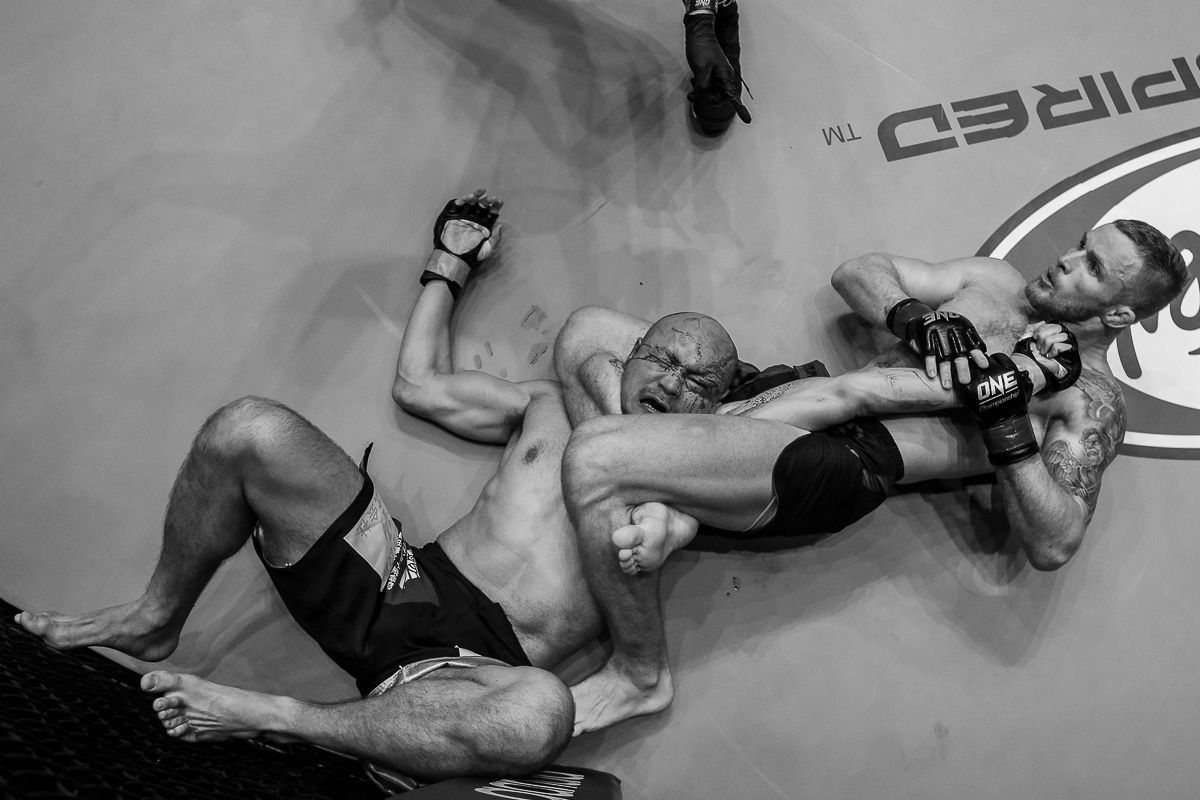 ONE: Was your game plan always to take him down?

VB: When I saw him before the fight, I realized he would try and utilize his long limbs to kick and punch a lot. My plan was to impose my grappling on him and force him to fight me on the ground.

I was aiming to execute a clean takedown as soon as possible. I tried going for it several times, but he managed to stand up several times. I got hurt when he fired back with some kicks, but I saw that he clearly was not comfortable on the ground.

I didn’t necessarily plan to go for a reverse-triangle armbar, but I took the opportunity when it was there. I knew it was only a matter of time until he tapped out when I locked him in a reverse-triangle choke. I could not find the right angle to apply maximum pressure straight away, but I knew the victory was mine. 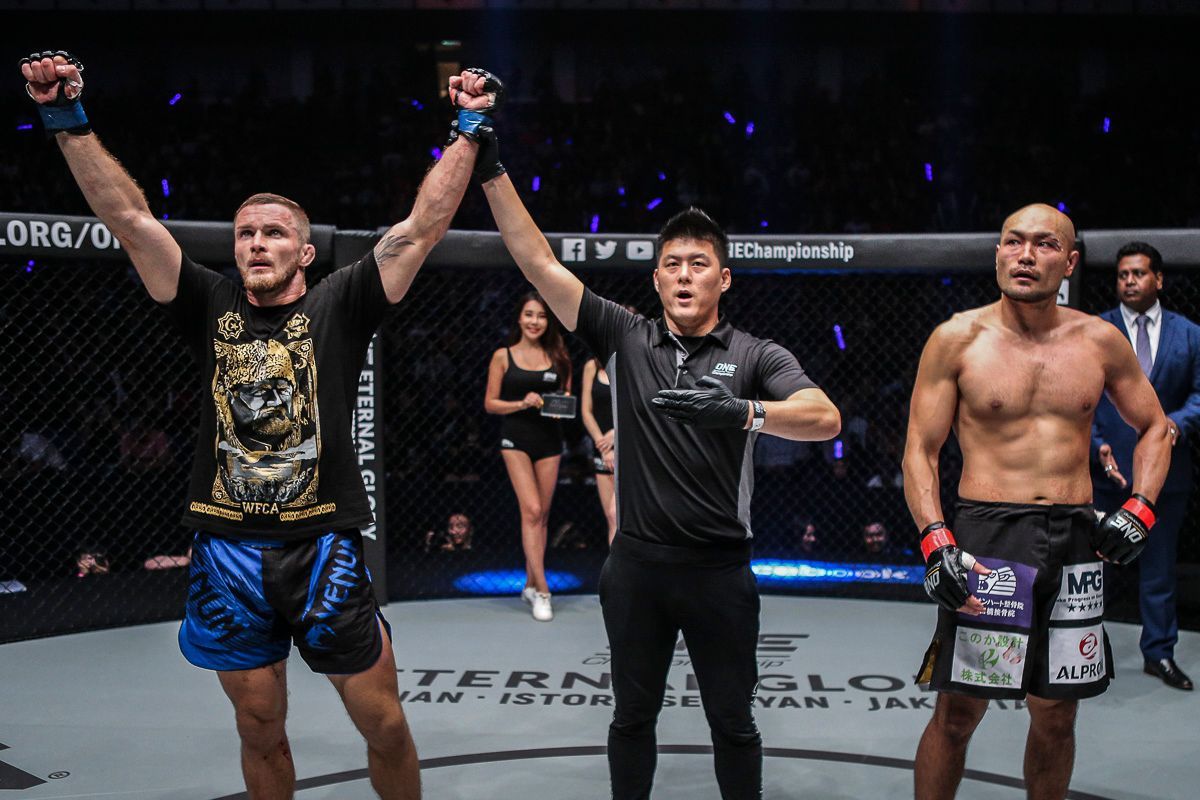 ONE: How did you train for this fight to make sure your strategy went according to plan?

VB: On one hand, I concentrated on functional training. I did Crossfit and lots of running.

On another hand, I worked on grappling. I found some top guys to spar and train with, including three-time world no-gi champion, Thomas Loubersanes. We trained together in Thailand, and he helped me a lot.

ONE: Having got back in the win column, where do you see yourself in 2019?

VB: This win is like a breath of fresh air for me, and it inspires me to work towards my one and only goal – to get my belt back.

I want to be at the top of the middleweight division again, I want to be the champion. That’s my plan for 2019.

ONE: How close are you to a title shot in your opinion?

VB: I think after the next bout, I should fight for a title. I hope to win it and come one step closer to my goal.

I do not care who I fight, to be honest, as long as it brings me closer to my goal. Looking at the roster, I think the most obvious candidates are Ken Hasegawa, and Leandro Ataides – who I really want to rematch. 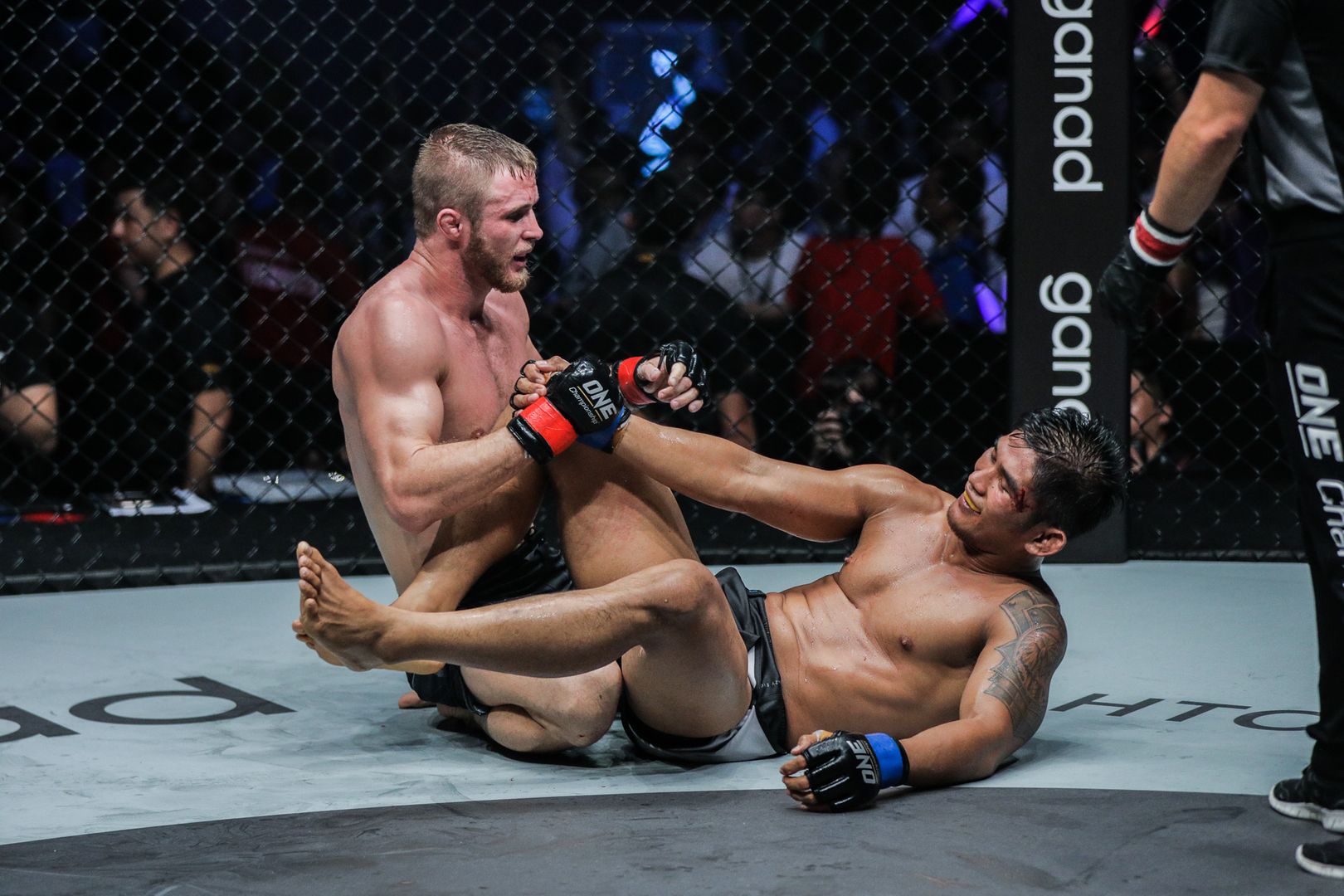 ONE: You faced Aung La N Sang twice already – are you ready for a rematch? How would it be different this time if you fought each other?

VB: Facing Aung La N Sang is my goal and my priority for the next year because I dream of taking that shiny belt away from him.

I don’t hold a crystal ball, so I can’t tell you how exactly this fight might go, but I think if we saw each other now, it would be a more ferocious and furious fight.