Toni “Dynamite” Tauru is determined to leave the Philippine capital with a second victory over one of the nation’s greatest martial arts heroes on Friday, 8 November.

The 34-year-old Finnish grappling specialist is scheduled to face local hero Geje “Gravity” Eustaquio at ONE: MASTERS OF FATE, which emanates from the Mall Of Asia Arena in Manila, Philippines.

This will be a rematch from their December 2016 bantamweight clash — except this time, it will be contested in the flyweight division.

Tauru earned a first-round submission victory in their initial encounter at ONE: AGE OF DOMINATION, but Eustaquio rebounded with extra venom, moved down a weight class, and went on to win the ONE Flyweight World Championship.

In doing so, “Gravity” unofficially earned the tag of the “Rematch King” when he avenged defeats to Anatpong Bunrad, Kairat Akhmetov, and Adriano Moraes.

“Dynamite” is ready to put an end to that streak, however. Ahead of their second bout in the Philippine capital, he shared all his thoughts relating to Eustaquio.

ONE Championship: What was it like to get that win over Eustaquio back in December 2016?

Toni Tauru: It was a big win for me as Geje is definitely one of the highest-profile fighters in the weight class. I had very solid preparation and the fight went according to the game plan — actually, it was the case I had thought of, ‘If everything goes perfectly.’ I got the takedown early and was able to get his back right away.

ONE: How do you think Eustaquio has evolved in the three years since that match?

TT: His grappling and takedown defense is probably better now, as it should be. I believe he has been working on his weaker sides.

ONE: What are your thoughts on facing him in Manila again?

TT: I’m happy to meet with Team Lakay once again. I have big respect for them. They have done a great job as a mixed martial arts team. Also, this is my third fight in Manila, and it is a nice city. ONE: How has your approach to training changed from your last match to this one?

TT: I spent time working on striking before my last fight, and I think it was a good effort. As for this one, I have been training with wrestlers in my hometown. There are many national gold medalists just in my neighborhood. I believe that we are both now more powerful when it comes to mixed martial arts and mixing styles.

ONE: Eustaquio has been the more active competitor. Can you tell us why you didn’t compete in 2018, and what changes you have made in that time?

TT: I took time off to heal myself after a hard fight in Macau, and maybe had a little re-evaluating in my life overall. I didn’t want to jump back into action before I knew that I could give my best again. Actually, I was very disappointed after the last fight. I felt that I was in my very best shape, but one mistake in the fight cost me.

ONE: What do you see as Eustaquio’s biggest threat?

TT: He is fast with his hands. I have to be ready for that. Also, he has nice, powerful kicks to watch out for. Otherwise, I think I have more weapons in our clash.

ONE: Do you think the strength of your grappling will still be ahead of his?

TT: Definitely. That’s what I have been honing lately. Even if I said that we are both more complete fighters, it will still be a grappling versus striking match. 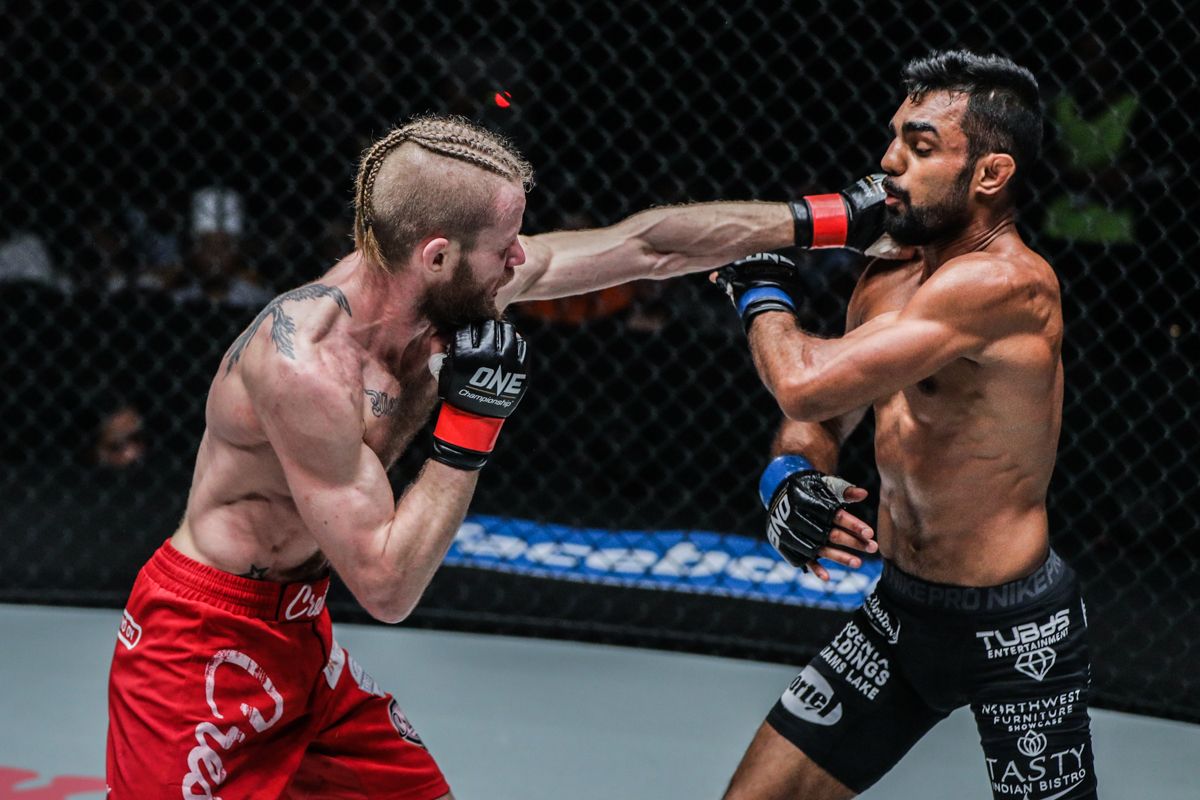 ONE: What is the most important thing about this rematch for you?

TT: It is a fight that I have to win — not to show others that I still have it, but to show myself that I can still fight against the very best in the game. I’m very determined to win.

ONE: How do you think the bout will play out?

TT: I expect the same conclusion, but I am prepared for anything and we will fight as long as we have to to get that.

ONE: Lastly, why do you think fans should be excited about this rematch?

TT: It’s Geje’s backyard and fans there will be rooting for him hard. I will be the outsider and underdog for them, but that has always been the place where I shine most. Fans will see a match where two dedicated fighters want to get that win. The first time, I was the one to silence the crowd, and I will do that again.