Zhao Zhi Kang set the benchmark for the athletes at ONE: DREAMS OF GOLD as he opened the show with a dominant victory over Paul “The Great King” Lumihi in Bangkok, Thailand.

On Friday, 16 August at the Impact Arena, the Chinese athlete controlled the action against his Indonesian rival, and finished him via submission at the end of the second round of their bantamweight mixed martial arts match.

Chinese ???????? hero Zhao Zhi Kang kicks off ONE: DREAMS OF GOLD with a spectacular submission finish of Paul Lumihi!

The 24-year-old from Xi’an was aggressive early on, as he closed the distance at the start of the first stanza and pushed his opponent toward the fence. They separated briefly after an errant low knee, but when the contest resumed, Zhao pushed forward again to get a takedown and take top position.

He passed to mount and punished Lumihi with hard ground and pound, but the Gorilla Fight Club man constantly looked for opportunities to escape and force a scramble.

The man from Jakarta almost ran into a guillotine, which led to another period of Zhao dominance, but “The Great King” did land some good knees to the head late in the round to ensure it was not all one-way traffic. 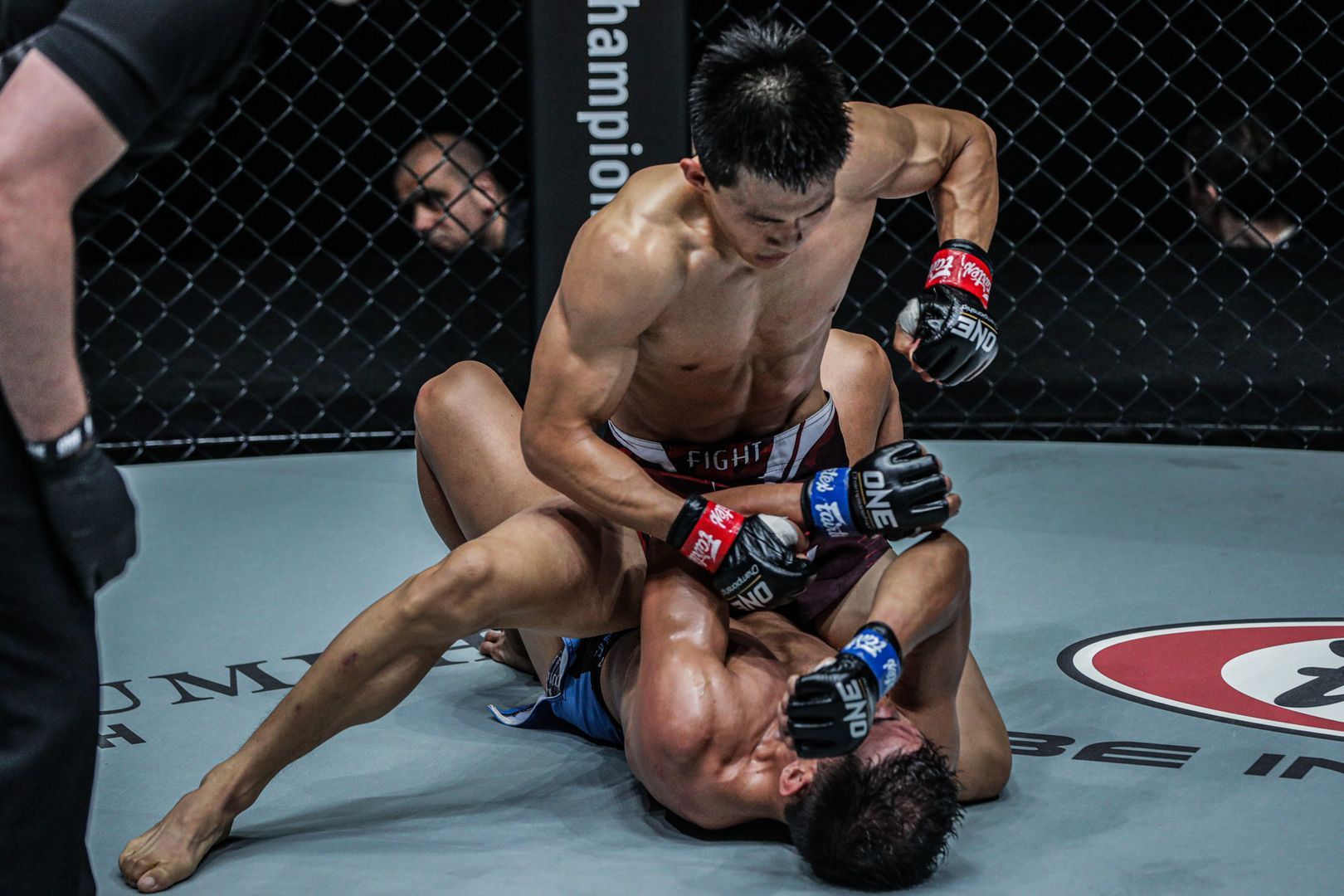 Lumihi opened up the second round with a bid to employ his taekwondo with some spinning kicks, but his opponent from Shanxi Xindu Martial Arts corralled him to the fence, where he showcased his own striking prowess.

Zhao’s right hand found its mark and wobbled has adversary, and from that moment, he did not allow him any breathing space. The Chinese sanda champion continued to score with punches, and then took the contest to the ground to close the show.

He passed through the guard and scored with accurate ground and pound, which forced “The Great King” to give up his back in a desperate attempt to avoid the damage. 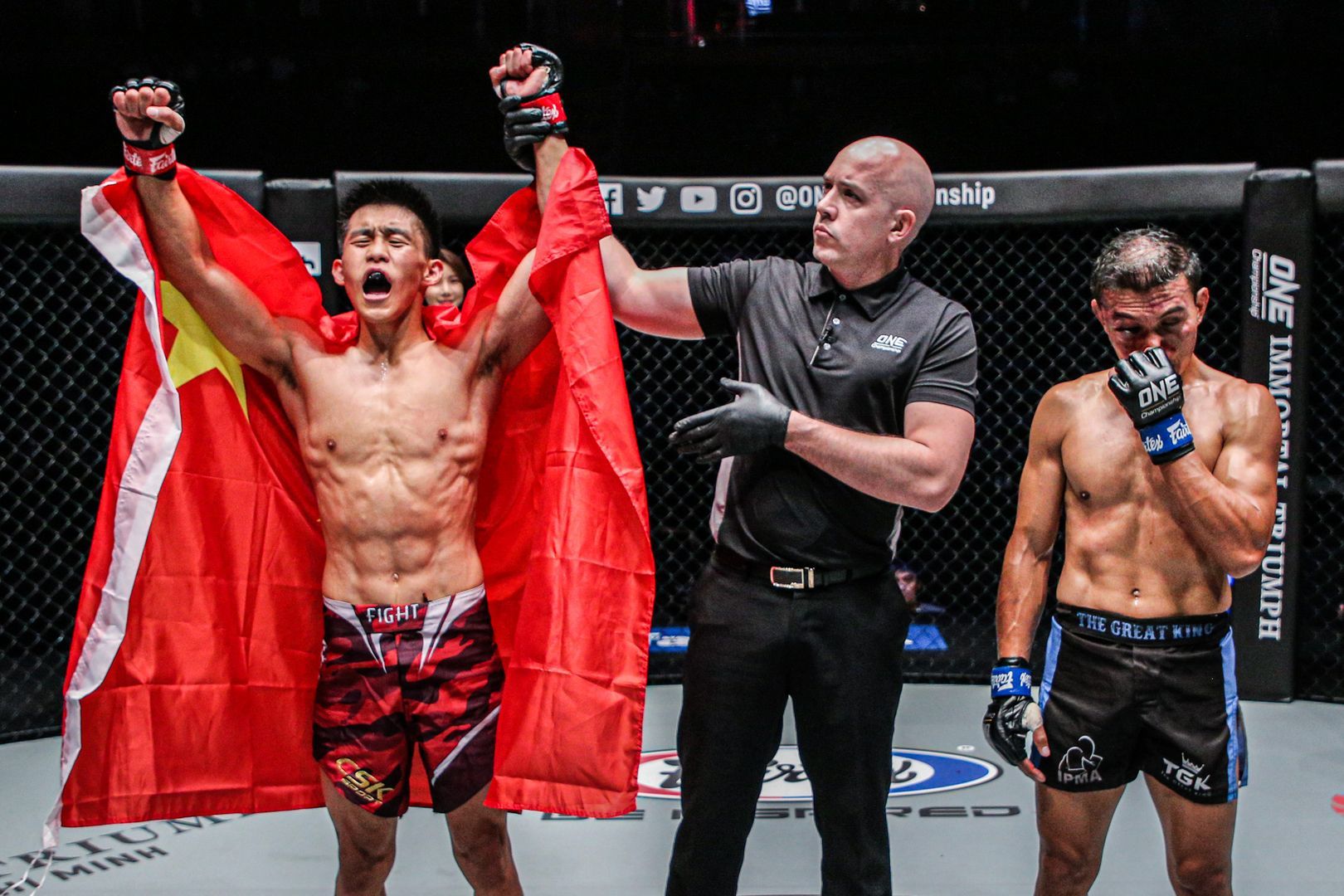 That gave Zhao the opportunity to latch onto a rear-naked choke and get the tap with 4:08 on the clock.

His record improved to 25-5, including three wins in The Home Of Martial Arts that have all come by way of submission.