It would be wrong to think that just because Yusup “Maestro” Saadulaev faced a late replacement at ONE: DREAMS OF GOLD, he was all set to have an easy night.

The South Korean is a former ONE Bantamweight World Title challenger, and favors striking rather than the grappling-heavy approach of Kamikubo, so Saadulaev had to quickly prepare to face a new test. 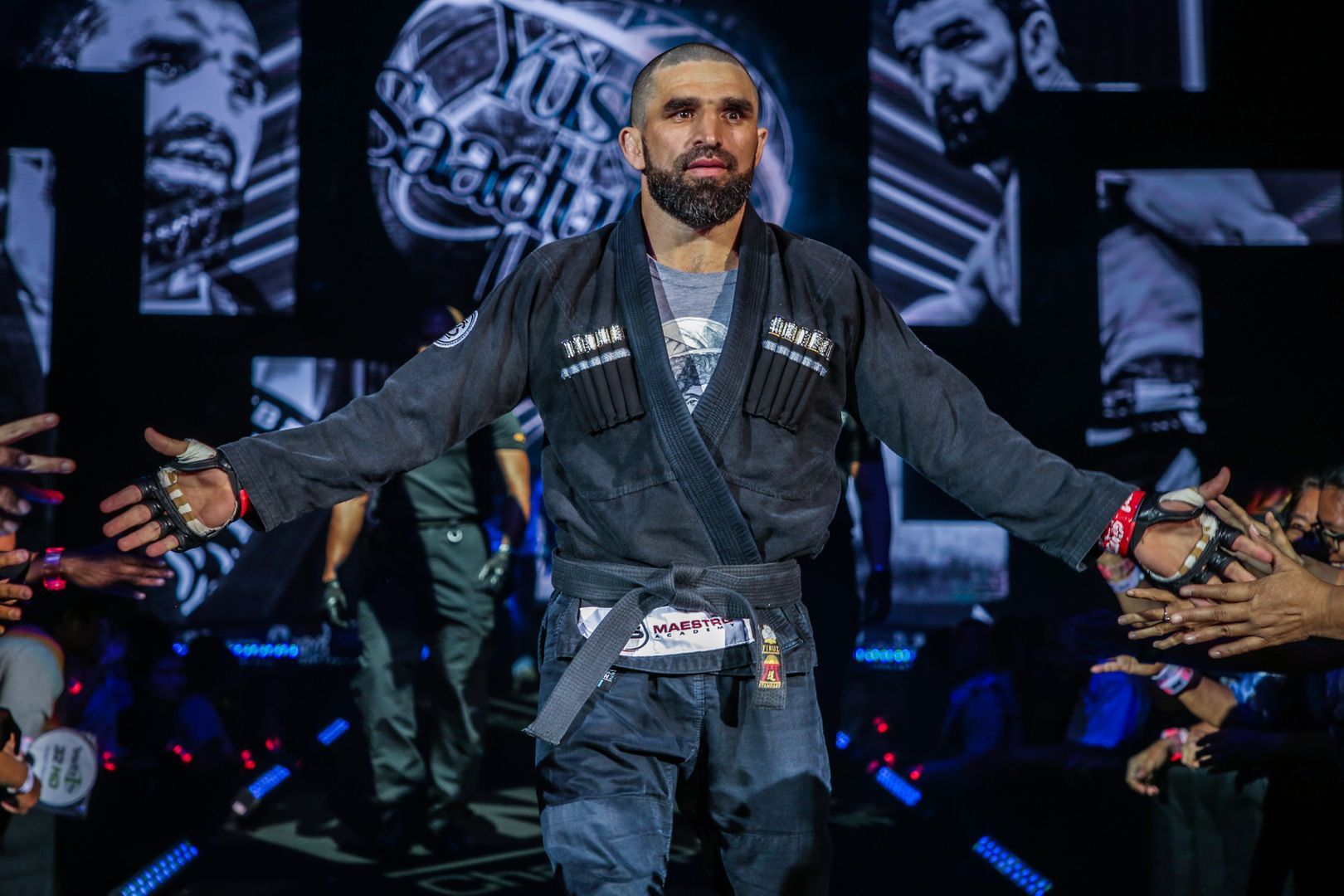 However, the veteran grappler showed his class by adapting to the situation to win by unanimous decision, and record his fourth victory in a row in The Home Of Martial Arts’ bantamweight class to move a step closer to his own shot at the belt.

Now that he has had a chance to recover from his 15-minute battle at the Impact Arena, the 34-year-old reveals what happened during a chaotic event week, and how he adjusted to get his hand raised.

ONE Championship: When did you find out about the change of opponent, and how did it affect you?

Yusup Saadulaev: It affected my weight. I found out only one night before the official weigh-in that my opponent had an eye infection and would not fight.

I didn’t believe that ONE would be able to find someone in good form and on weight at such short notice, so I allowed myself to relax and ate a bit too much that day – then I had a little problem with making weight. 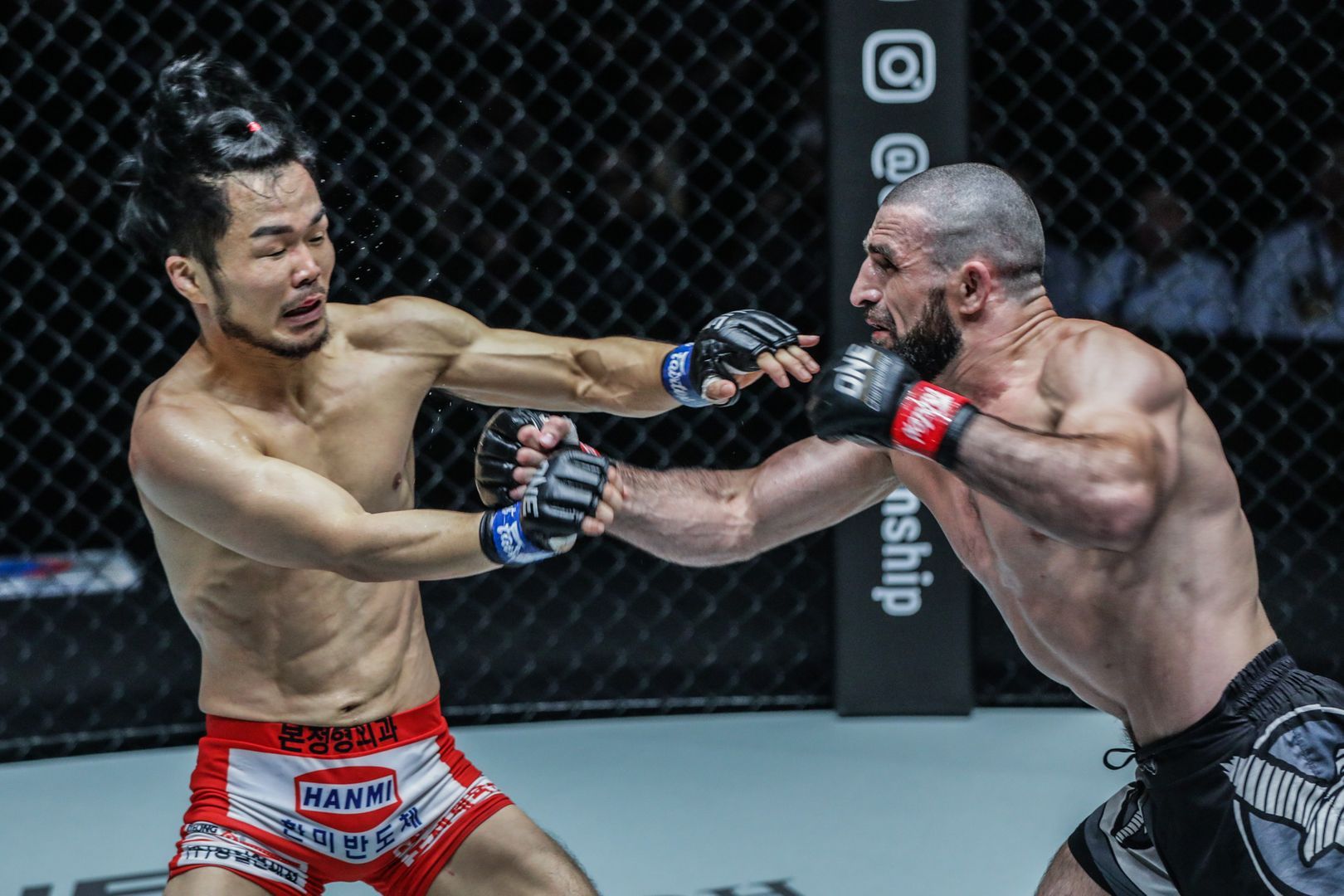 ONE: Did you expect an easier night against an opponent who did not have much chance to prepare?

YS: Oh no, I definitely didn’t! Any mixed martial arts expert who follows ONE didn’t expect me to win quickly – Kim really is one of the top guys.

I think Kamikubo’s style suited me, but I am glad that it happened and gave me a chance to demonstrate my striking skills.

ONE: Did you make any changes to your game plan to cater for Kim’s stand-up skills?

YS: Yes, I thought of some changes and mentally made necessary adjustments, but ironically, when we fought, I used the Kamikubo scenario.

My original plan with Kamikubo was to stand up and try to keep him at a distance with punches. He has an amazing ground game, and it requires too much energy to wrestle with a wrestler.

I thought I would do the opposite with Kim – I couldn’t allow him to close the distance and throw punches, so my plan was to try and take him down and fight on the floor, but somehow I still followed plan A. 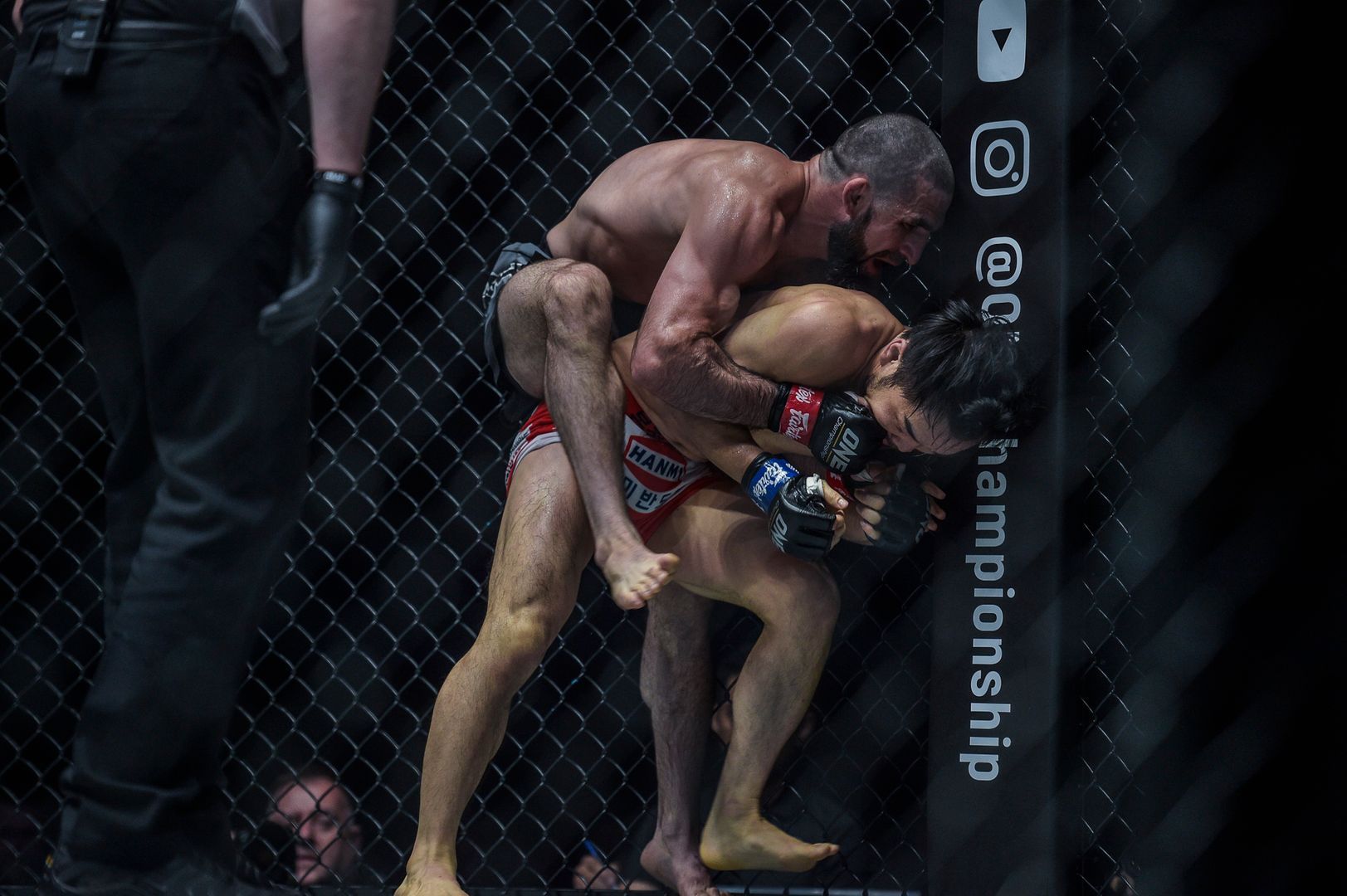 ONE: Did you get much time to formulate your new strategy with your team?

YS: I didn’t need time to study him because he fought on the same cards as me two or three times.

I have been watching him for a while, and I didn’t expect an easy win. I knew he was a high-level taekwondo and Muay Thai artist with a brown belt in Brazilian Jiu-Jitsu.

Many top grapplers, including the multiple-time World Champion Leandro Issa, tried to submit him, but failed. He has amazing defense, he knows when to explode, and he can stand up very quickly.

ONE: Were you get hurt by any of his punches?

YS: I expected strong punches from him. I knew he is a great striker. His punches are heavy, and so are his kicks.

He got me in the upper body once and I lost my breath. I also caught a couple of elbows on the top of my head, and got two massive bumps. He gave me a black eye, too, but to be honest, nothing major. I wasn’t seriously rocked by any of his punches. 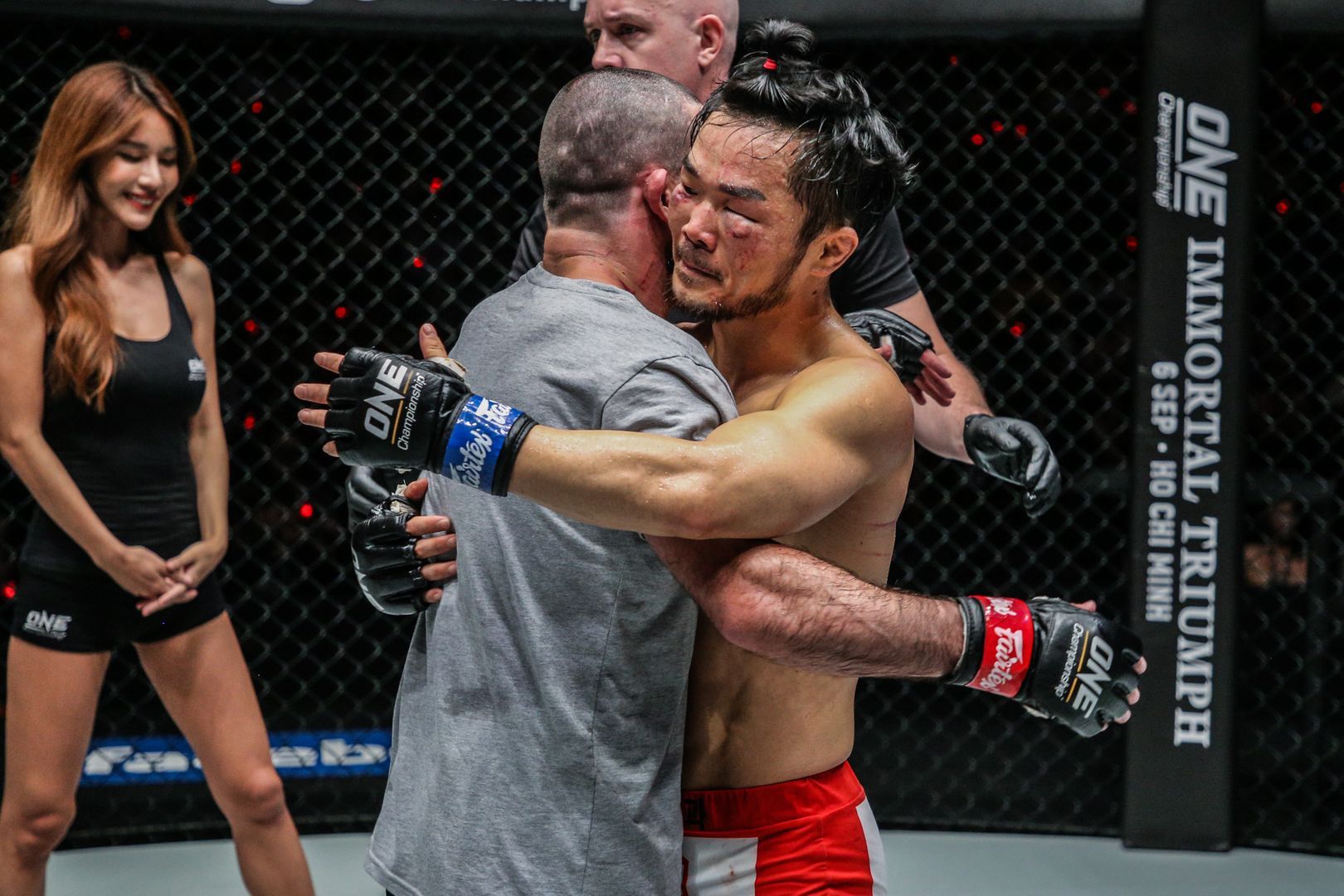 ONE: You looked tired in round two, but then you seemed to get a second wind – what happened?

YS: This fight was tough, and in round two, I felt like I was losing because my arms got too heavy from wrestling in round one.

I decided to stop pressuring him for a submission because he kept escaping from my attacks and set-ups. I was getting tired, so I decided to move the fight into stand-up, and in round three, I felt stronger.

ONE: What does this win mean for you on your quest for a World Title shot?

YS: I don’t think it got me closer to a World Title shot. Kim was defeated by Kamikubo in the past, but it was a good fight. Kim already fought for a World Title – he lost to [Bibiano] Fernandes but he beat Kevin Belingon.

However, I believe that beating Kamikubo in the future gets me a World Title shot, and I hope it can happen by the end of this year.

I have taken a week off to stay in Phuket to sleep, eat, and sunbathe. Then, I will go to Moscow and Makhachkala – back to coaching work.

I will be pushing for my fight with Kamikubo – I would like it to happen before the end of this year, so I hope I can start training for it in the autumn.