Yusup “Maestro” Saadulaev bolstered his calls for a ONE Bantamweight World Title shot with a victory over “Ottogi” Dae Hwan Kim in their bantamweight mixed martial arts battle on Friday, 16 August.

The Russian grappling specialist outworked the game South Korean late replacement over three rounds to claim a unanimous decision win at ONE: DREAMS OF GOLD inside the Impact Arena in Bangkok, Thailand.

The 34-year-old from Uflacker Academy landed first with a hard inside low kick, and then loaded up with his overhand left to close the distance and initiate his grappling offense.

Kim tried to remain mobile on the outside to stay out of “Maestro’s” grasp, but Saadulaev darted in behind a straight punch to get the takedown.

On the canvas, Saadulaev constantly worked to pass and land ground and pound. He chipped away with punches and elbows, and also dropped some knees to the body to try and open up an opportunity for a submission, but “Ottogi” resisted to see out the round. 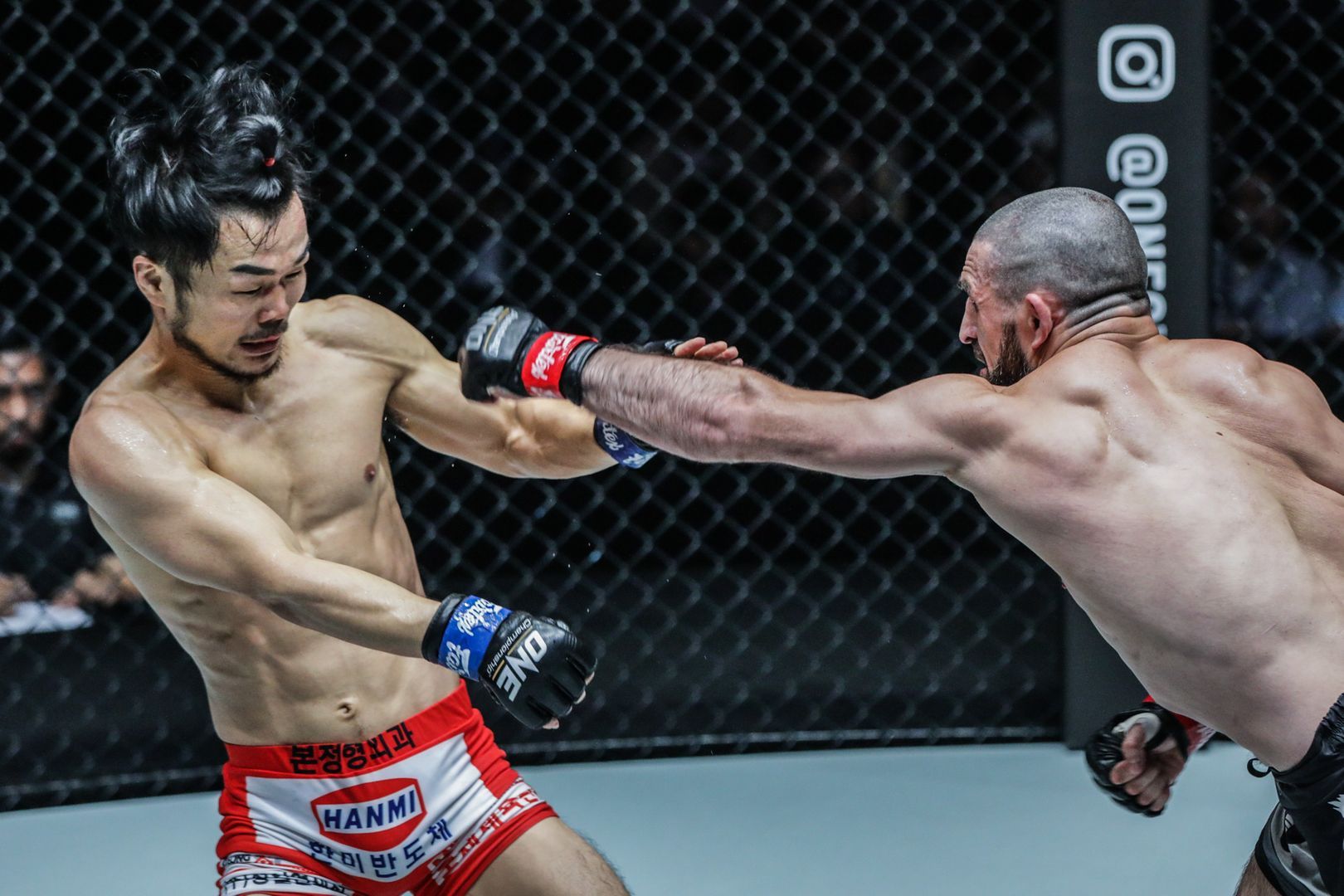 Following his ground assault in round one, “Maestro” showed his improvements in the standing range in the second stanza. He scored well with his straight punches, especially his piercing jab.

“Ottogi” realized the need to increase his work rate and moved in with a jumping knee, but the Russian timed a takedown to drag the bout to the canvas again, where he looked for a choke. However, Kim quickly escaped back up to his feet and put his foot on the gas.

He stepped in with big hooks and both men exchanged wild punches to see out the round. 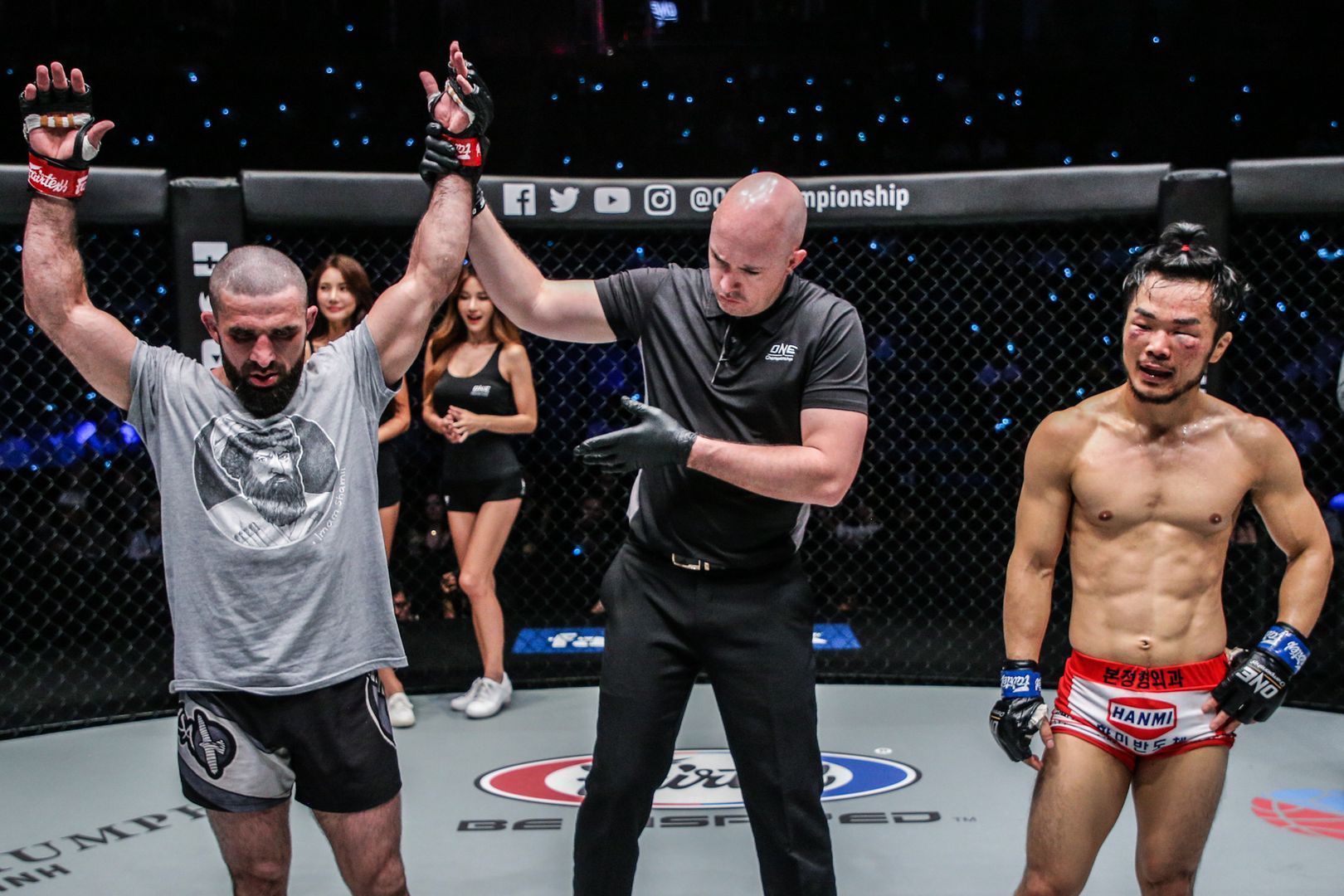 The Seoul native was clearly enthused by his late work in the previous stanza, and opened up round three with a right hand to the jaw, but Saadulaev switched things up with a well-timed double-leg takedown to take control again.

Kim was held in a cradle and absorbed some knees before he was threatened with a guillotine choke. When he eventually escaped, “Maestro” took him down again and smothered him from top position until the final bell.

It was a spirited challenge at short notice from Kim, but Saadulaev took a well-earned unanimous decision to push his record in ONE’s bantamweight division to 4-0, and his overall slate to 18-5-1 (1 NC).