Indonesia’s Stefer Rahardian stepped into the Mall Of Asia Arena in Manila, Philippines, on Friday Night, 21 April, as an undefeated flyweight prospect with impeccable grappling skills. He battled local favorite Eugene Toquero at ONE: KINGS OF DESTINY, and left with his perfect record intact, earning a unanimous decision victory. Feverish action kicked things off in the first round. Toquero delivered a hip toss takedown, but Rahardian was able to use the momentum to wind up on top of the hometown fighter. The Indonesian, who holds a BJJ brown belt under Carlson Gracie, kept control on top, while Toquero stayed defensive on the bottom.

After a big scramble, Rahardian was able to land on his rival’s back with a tight body triangle locked in. Impressively, Toquero maintained composure in a bad position to end the round.

To start the second round, Toquero connected with a stiff body kick, but Rahardian — a product of Bali MMA and Jakarta MMA — utilized that to land a well-timed takedown. The 36-year-old Manila resident made his way back to his feet with just over two minutes left in the round, but Rahardian didn’t want any taste of Toquero’s striking prowess.

The ONE Indonesia Flyweight Tournament Champion immediately took the fight back to the mat, and wound up on his opponent’s back. However, Toquero made his way to his feet and landed a number of knees, ending the round in the top position and even threatening with a guillotine choke. 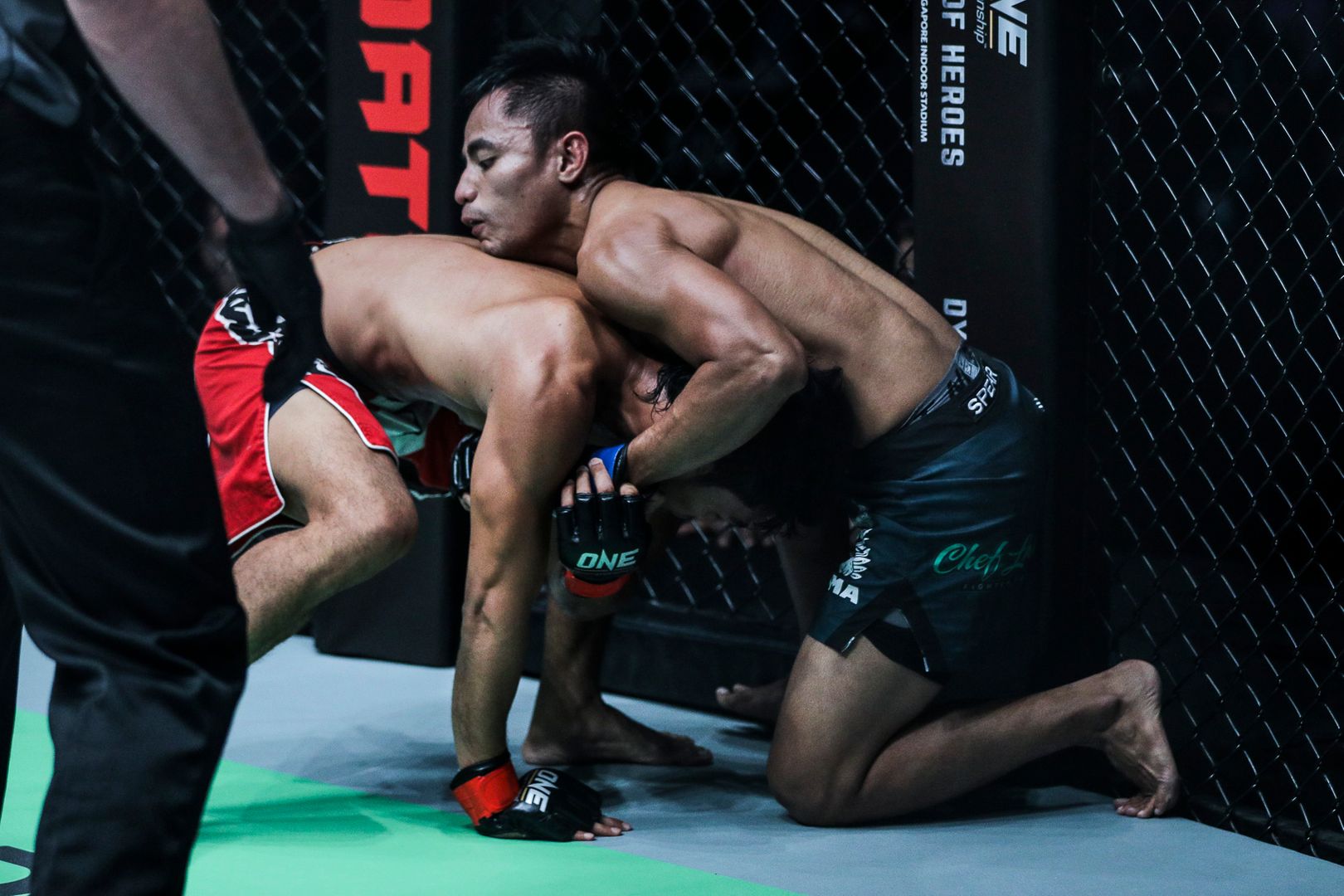 Toquero took to the center of the cage and landed a body kick to start the third frame, but much like the second round, Rahardian used it to secure a takedown. The Filipino delivered elbow after elbow from the bottom, which forced Rahardian to cover up and play a more defensive position, even though he was on top. That forced the referee to stand up the fight, but the Jakarta, Indonesia native rushed in and brought the local favorite back to the mat.

With just over one minute left in the fight, the crowd erupted as Toquero landed repeated punches from both top and bottom position. It was too little too late. Rahardian’s ground game was just too much for Toquero, and earned the Indonesian the victory on all three judges’ scorecards.

Rahardian’s professional record remains unblemished at 6-0, while Toquero slides to 8-5, and now stares at a three-fight losing streak.