Undefeated prospect Stefer Rahardian has had such a busy past two years since starting his professional mixed martial arts career, that it is almost funny for him to consider how he originally got into the sport.

“It is a bit weird, come to think of it,” the 30-year-old Indonesian begins, reflecting on his first training session in 2008. “I had a friend who had me tag along for a Brazilian jiu-jitsu class, and then I found it very interesting. The rest is history.” 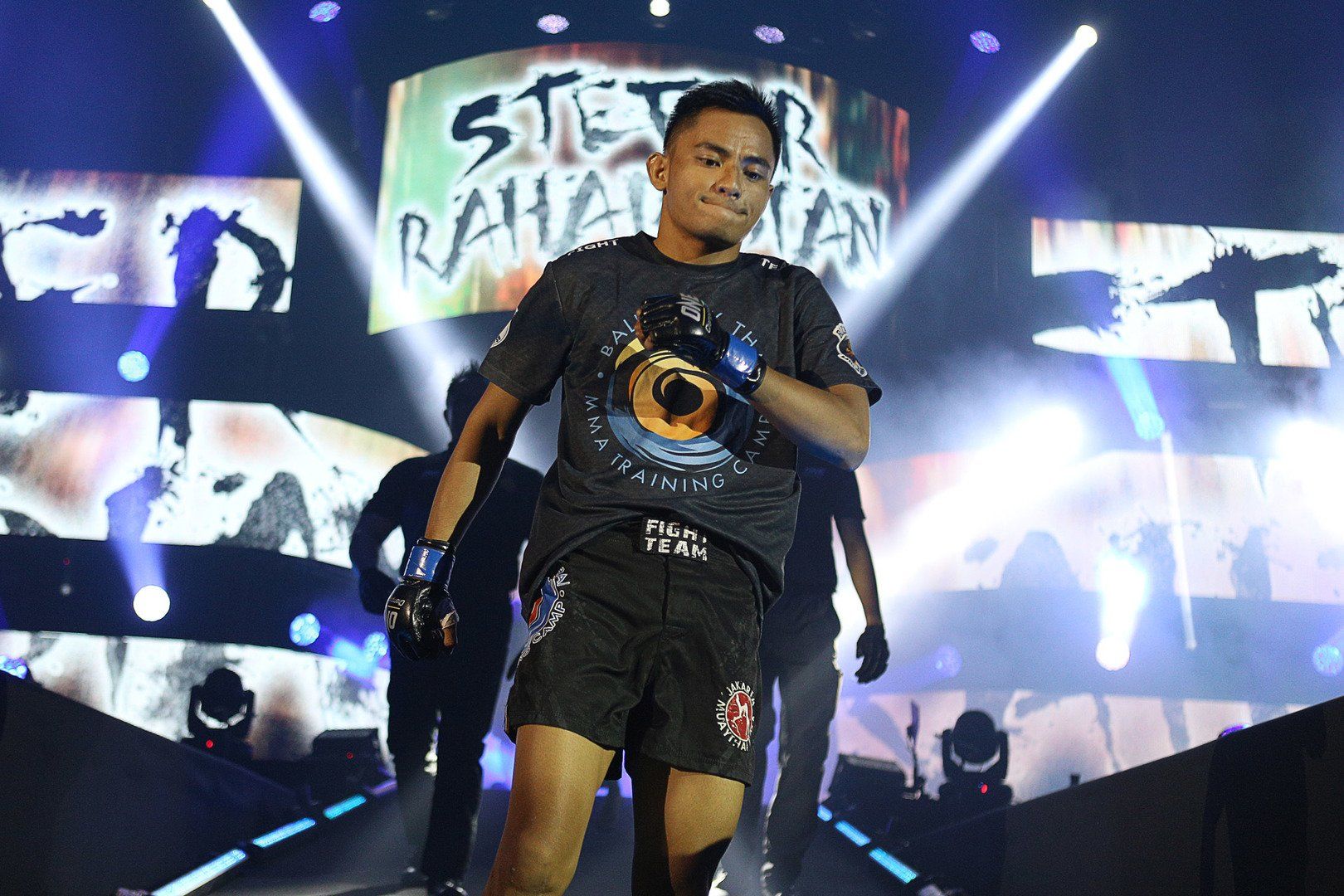 Rahardian’s MMA history thus far has been brief, but quite eventful. After having trained for a short while, he got truly serious about MMA after ONE Championship held an event in his native Jakarta, Indonesia. Before the promotion made its way to his area, he never really considered professional MMA a possible career path for himself.

“Local shows were far and few between back then,” he recounts. When ONE came to Jakarta in 2012, I thought: ’Wow, now we have something closer to home.’”

At that point, Rahardian had already been fighting for a couple years as an amateur. Once he turned pro, the plan was originally for him to make that debut on the big ONE stage sometime in 2013. That is, until fate intervened. He had to put all plans on hold until 2015 to allow himself to recover from a knee surgery.

Once healed, however, the Jakarta resident hit the professional circuit with a running start. After racking up a pair of wins locally, he made his big debut in ONE last August at ONE: TITLES & TITANS. He won two consecutive bouts via rear-naked choke to become the ONE Indonesia Flyweight Tournament Champion, and followed that up with a decision victory over Jerome S. Paye at ONE: QUEST FOR POWER this past January.

After eight years of training and fighting, Rahardian, who also spends time coaching, is ready to take his next step up the ladder. Martial arts’ transformative powers still inspire the Indonesian warrior, even today.

“The fact that I can see myself getting better and better every day [inspires me],” he reveals. “And, I can help out my students and teammates to be better than they were yesterday.”

Rahardian has enjoyed the martial arts journey, and where it has brought him in life. Next, it will bring him to the Mall Of Asia Arena in Manila, Philippines, as he meets Eugene Toquero at ONE: KINGS OF DESTINY on Friday Night, 21 April.

While he is completely focused on the upcoming bout, the Indonesian surely wants to extend his journey, and is committed to embracing more hard work, which is bound to follow. For now, he is simply taking things as they come.