Sorgraw Petchyindee Academy set the pace for his team on Friday, 12 July.

The 26-year-old Bangkok native battled against Scotland’s George Mann for three fiercely-contested rounds at ONE: MASTERS OF DESTINY, and emerged victorious by the finest of margins.

Both men utilized their relative strengths in the ONE Super Series Muay Thai featherweight bout, but the Thai’s hard right kicks and effective boxing earned him the split decision nod inside Kuala Lumpur’s Axiata Arena.

Mann made the most of his massive reach advantage in the opening stanza.

The 194-centimeter Scotsman made his length pay, as he kept Sorgraw at bay with stiff jabs and teeps to prevent the Thai’s attacks. He also unleashed his powerful left kick to the head and body.

Although the Petchyindee Academy representative smashed away with hard low kicks in an attempt to chop down the tree, Mann landed first with straight strikes and avoided most of his rival’s offense. Sorgraw, a Lumpinee Stadium Muay Thai World Champion, looked much more comfortable with the range in the second frame. He stepped inside his tall foe’s jabs and push kicks, frequently connected with his right kick to the body, and unloaded a high boxing output.

The Scotsman faked with his teep to set up his attacks with some success, and he also countered the Petchyindee Academy representative’s body kicks with trips.

However, Sorgraw continued to push forward. He landed powerful right hands, and even a beautifully-timed short right elbow in the clinch. It was all to play for in the final stanza as the tale of contrasting styles came to its conclusion. Both men stuck to what had worked for them previously — Mann with his jab, teeps, and left kicks, and Sorgraw with his right kicks and punches on the inside.

The 21-year-old European striker again scored well by catching his opponent’s kicks and dumping him to the canvas, while the Thai stung him with hard right hands to the body and head, as well as strong right kicks.

Ultimately, this highly competitive battle of wills went to the scorecards. While the judges were split in their verdict, two of them scored the contest in favor of Sorgraw, who moved his record to 37-18 overall. 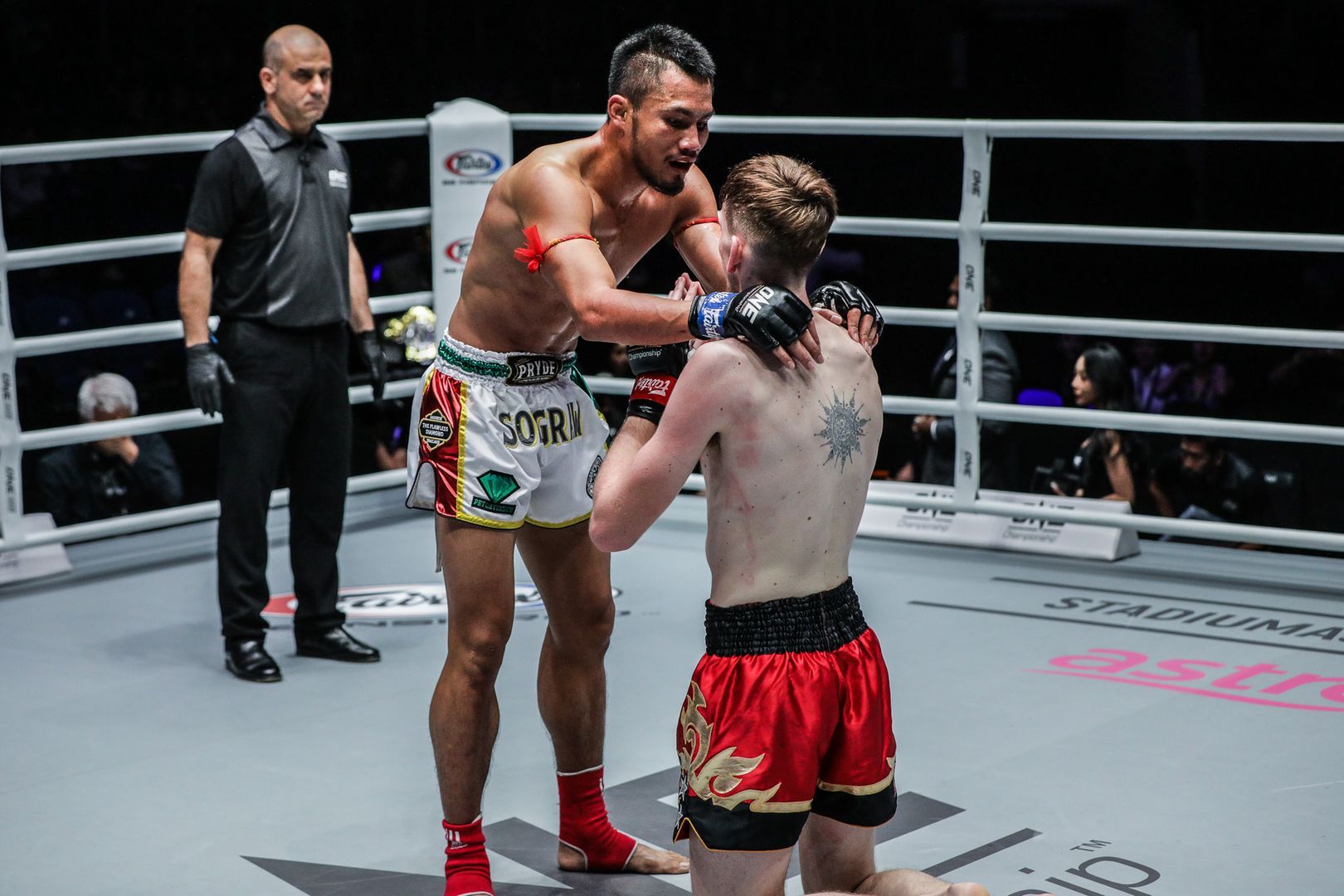 Sorgraw’s victory will certainly motivate his teammate Petchmorakot, who faces Giorgio “The Doctor” Petrosyan in a ONE Featherweight Kickboxing World Grand Prix quarterfinal rematch later in the headline attraction.