Shoko Sato may have been forced to close his martial arts gym, Fight Base, for a little while due to the COVID-19 pandemic, but he has used this temporary hiatus to let his body heal and re-evaluate his training routine.

Now that the 31-year-old Japanese athlete is well-rested, he is looking towards the future and believes he will face top-shelf competition very soon.

Following that bout, he mentioned his desire to challenge three of the best competitors in the weight class – John “Hands Of Stone” Lineker, Kevin “The Silencer” Belingon, and reigning ONE Bantamweight World Champion, Bibiano “The Flash” Fernandes.

While those three warriors are considered the cream of the bantamweight crop, he has other deep-rooted reasons as to why he wants to face each and every one of them. He talks about those match-ups, reveals his potential route to victory, and what he has gained in his time away from the gym in this exclusive interview.

ONE Championship: How has the COVID-19 pandemic affected your training?

Shoko Sato: My training circumstances have changed. I taught classes at my gym, Fight Base, but now I have closed the gym temporarily [until April 30].

I cannot visit other gyms to train [with different partners], so the amount of training has been decreased. However, my condition is the best it has ever been because I don’t have fatigue and injuries. I’ve become more conscious about my body.

Also, I have had the chance to review and improve my training menus. It might sound abstract, but I have started to think more about improving the quality of each session. I think I have been doing part of my training without being conscious [of my goals], just out of habit.

So nowadays before I start training, I always try to think about the goal of each session and reflect the outcome every time. Sometimes it is important to push myself even though I am tired, but I also think it is good to practice under the best physical condition.

ONE: Do you think when you return to action, this experience will be useful in some way?

ONE: How else have you been staying positive during this crisis?

SS: This situation gave me a good opportunity to rethink my life, the world, the country, and the community where I live. I can be a little more positive in thinking like this. Since it is becoming clearer what I really need and what is important, I can live in a more intense way after the crisis is over.

Unlike earthquakes or natural disasters, we can use lifelines such as water, gas, and electricity. Although we need to stay at home, we can do a lot of things. We should not just be sad, but instead be positive.

I will do some things I was not able to do because of the lack of time such as reading, cooking, video chats, and gaining more knowledge to think about what I can do after the crisis is over. I think we can stay positive if we accept the change and live in your own way under any circumstances. ONE: You previously named three opponents you want to face, including ONE Bantamweight World Champion Bibiano Fernandes. Other than having a World Title opportunity, why is a bout with him so appealing?

SS: He was competing in Japanese promotions when I started martial arts. Also he is a Brazilian Jiu-Jitsu World Champion and the ONE Bantamweight World Champion, so I cannot help but be aware of him. I really want to compete against him. I am so interested in experiencing what a match would be like with him.

ONE: How do you think a match with Fernandes would play out?

SS: I think he would try to go for takedowns and aim for a submission, so I would keep the match standing, or I would avoid the takedown and then strike him.

I really don’t know what is going to happen until I actually face him, but I think we would fight each other knowing the person’s advantages. Based on that, we might go the opposite way. I might aim for the ground game and vice versa. He might aim for the sudden attack by striking. But ultimately, I think he would try to go for a submission and I would aim for striking.

ONE: If that match were to happen, what would you focus your training on?

SS: I think wrestling would make the difference. I watch [Fernandes’ videos] even now, but if the match is confirmed, I will watch again and prepare accordingly. I don’t imagine concretely right now. I recognize his strength, but I don’t imagine [how he would handle himself] in a future bout. 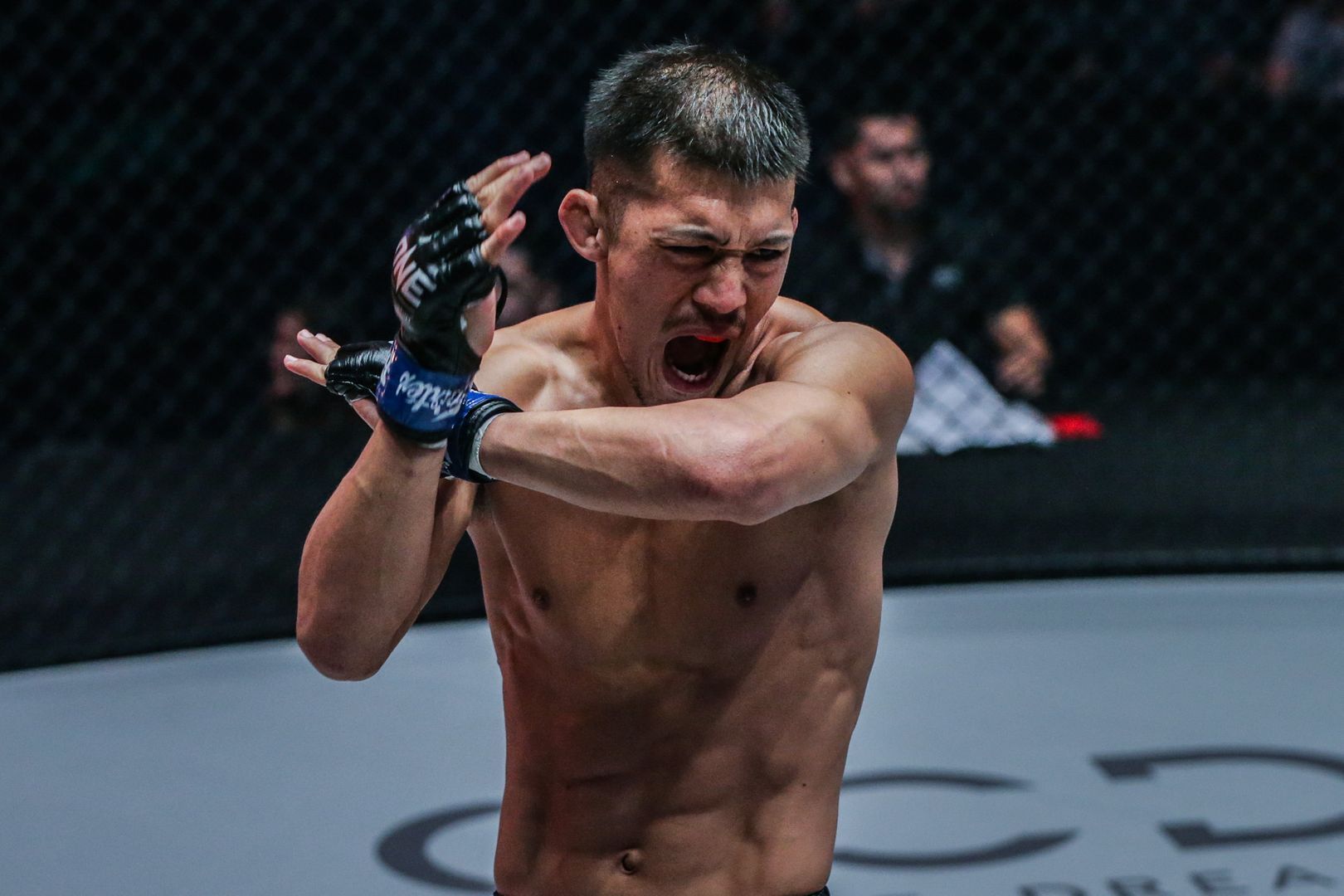 ONE: You also previously mentioned Kevin Belingon and John Lineker as other potential opponents. What makes a bout with those two athletes interesting?

SS: I have had the two of them in my mind since I debuted in ONE [in May 2019]. I would prefer to avoid striking exchanges with them as much as possible, and I hope I would use my footwork to create a situation where I am the only one who is hitting.

Lineker is the guy who is always eager to exchange strikes, so I would try not to get involved in his game. I would use footwork and give him consecutive strikes once I get close to him.

Also, Lineker is someone who beat two strong guys I have trained with at Team Oyama in North America, [so I would like to fight him].

ONE: Because both Belingon and Lineker are strikers, how would you prepare yourself for them?

SS: They both have strong punches and kicks, so I think I need to avoid getting hit and create unpreferable situations for them by combining the moves I can do. Basically, I would use footwork and accumulate hits. Also, I think I would aim for a counter.

Read more: The 10 Best Beards In ONE Championship