The 31-year-old’s first-round rear-naked choke win kicked off the main card of ONE: FIRE & FURY on Friday, 31 January, in Manila, Philippines.

Both athletes were prepared to trade strikes as soon as the bantamweight mixed martial arts contest began. Kwon uncorked his trademark right hand while Sato was a bit more calculated, teasing his opponent with chopping leg kicks.

Sato continued to strike and feint with his legs, forcing the South Korean mixed martial artist to stay beyond his reach. The Shooto Bantamweight World Champion then sprinted at Kwon and toppled him with a double-leg takedown. “Pretty Boy” found an escape route from the clinch and circled Sato hoping to connect with a right hand.

Kwon, an Extreme Combat and Top Gym BF representative, kept pushing the man from Japan in reverse gear, but the latter’s ability to stay one-step ahead kept him on top in every exchange. 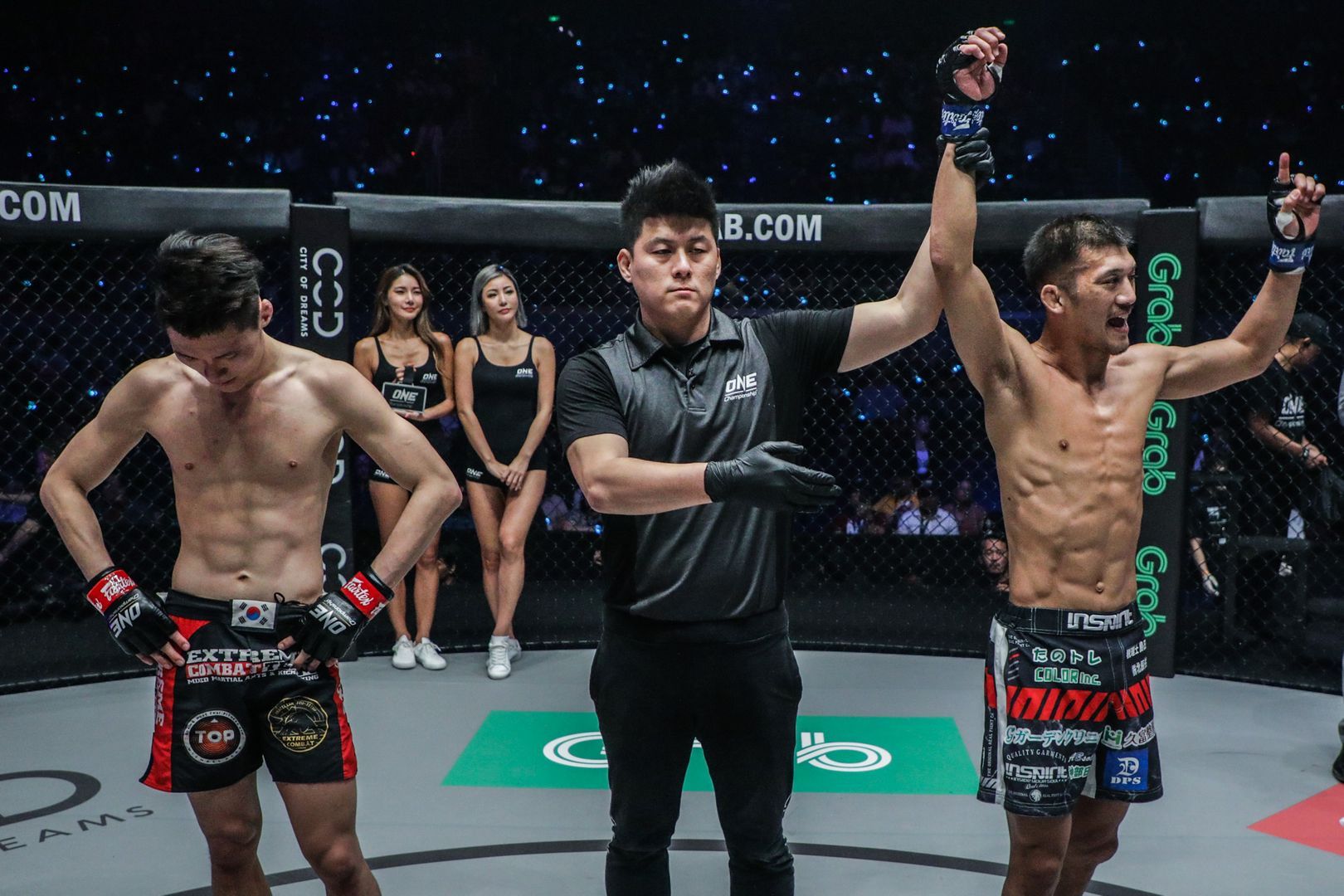 Then, just as it seemed as though “Pretty Boy” was settling into his rhythm, Sato shot for another takedown. Though Kwon defended well, the Sakaguchi Dojo and Fight Base Toritsudai representative eventually brought his foe the canvas, jumped onto his back, locked in a body-triangle, and punished him from behind.

The 24-year-old South Korean attempted to find an escape route yet again, but this time it proved to be a costly attempt. He gave up his neck while trying to stand up, and Sato sunk in a deep rear-naked choke. Kwon was left with no choice but to tap at 4:05 of the opening round.

It was the Japanese warrior’s fourth submission victory, which improved his record to 35-16-3 (1NC).