“Jungle Cat” Muhammad Aiman may be one of the most energetic athletes on the ONE Championship roster, but he has another passion that rivals his love for mixed martial arts.

When he is not illustrating his dynamic martial arts skills in the Circle, the Malaysian sensation could be found with a sketchbook in his hand.

Also equipped with a mechanical pencil and eraser, the lanky bantamweight will spend hours letting his creative mind flow.

“I’ve been drawing my whole life, way before martial arts and anything else that has become a part of me now,” the Negeri Sembilan-born warrior confesses.

“As a little kid, I loved drawing and scribbling, and when I was around eight or nine, I started taking it more seriously. I realized that I drew better than every other kid around me, so I just sort of stuck to it.” 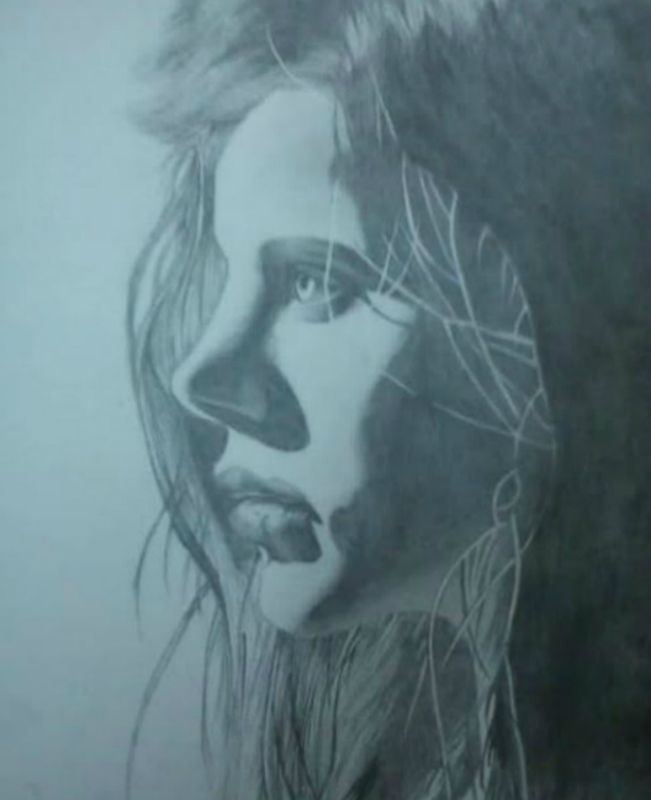 Art quickly became a huge part of his life.

In fact, whenever the “Jungle Cat” went out with his parents to a shop in Kelana Jaya, he asked them to buy him pencils and sketchbooks instead of toys. He carried those drawing tools everywhere and proudly showed off his work to everyone around him.

Aiman’s talent did not go unnoticed by those in his close circle. The young artist’s father and mother understood his newfound passion, and his teachers and friends were mesmerized by his drawing ability.

Some of his buddies even wanted to sketch like him and asked for some tips. But as a young boy who spoke very few words, there was not much advice he could offer.

“I’d just tell these guys that it sort of came naturally, and if you want to be good at it, then you have to do it again and again,” he shares.

“At that point, everyone was certain that I would be an artist one day, but I just drew to keep my mind at ease. That was the reality of it.”

However, there was another important reason why the Malaysian continued to pick up the pencil and draw in his sketchbook – it was a more comfortable way for him to express himself.

Aiman did not speak often during his adolescence, but that did not mean he was an emotionless child who was detached from society.

For him, it was just easier than verbally communicating his thoughts.

“It was sort of a way I put my emotions out there,” he continues. “I’m not good with words. A lot of people write to get some thoughts off their head, but I just drew.”

Soon, the “Jungle Cat” was drawing anime characters from Bleach and Naruto, but when he was 12 years old, he expanded his mind even more and created his own short comics.

Aiman’s work mainly focused on the struggles of a kid living in Malaysia who would have to deal with growing up.

Those struggles would be magnified when he was 15, as his family relocated from Kelana Jaya back to his hometown of Negeri Sembilan. In his new school, he was bullied by his classmates.

Yet again, it was another reflection of what was happening in his mind, which he found difficult to verbally express with words.

“It was just about a couple of characters going to school, what they did at school, after school, and how their situation was like at home. It contained a lot of my emotions as a kid living in Malaysia daily,” the bantamweight shares.

“Also, what made me switch to comics was when I started buying a lot of Gempak Starz comics. It was this fun comic they had back in the day, and that inspired me to start my own comics.” 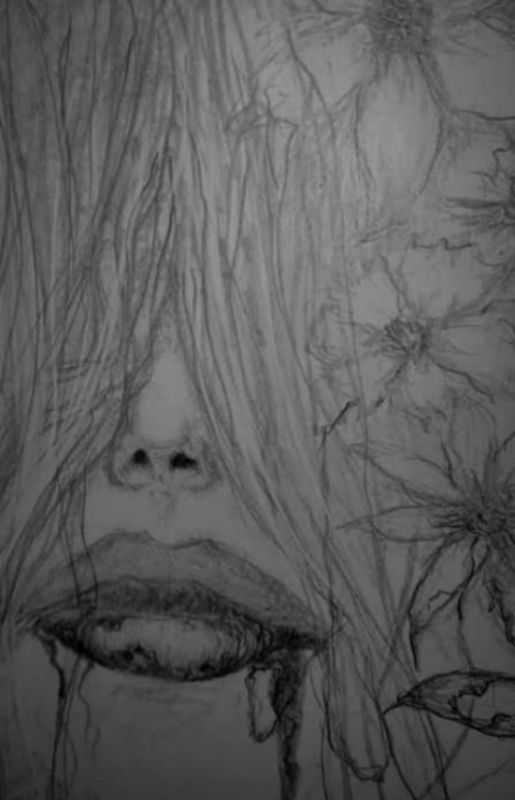 The Malaysian teenager also found inspiration from his art teacher, who identified his potential and pushed him to believe in his talent.

With someone encouraging him and providing some helpful tips, it elevated Aiman’s drawing to a whole new level.

“I learned the important foundations of drawing, especially with the shading because I wasn’t good at that. He told me to put my mind into it, so I just focused on it a lot more and always showed him the progress,” the bantamweight explains.

“After some research, I also found out that there were different types of pencils – 2B, 4B, 8B, etc. – that one can use when they draw. I also started buying more cotton buds because it helped with shading.

“Another way I pushed my abilities was to draw using a pen because it forces you to trust the process. After all, you cannot erase it.” 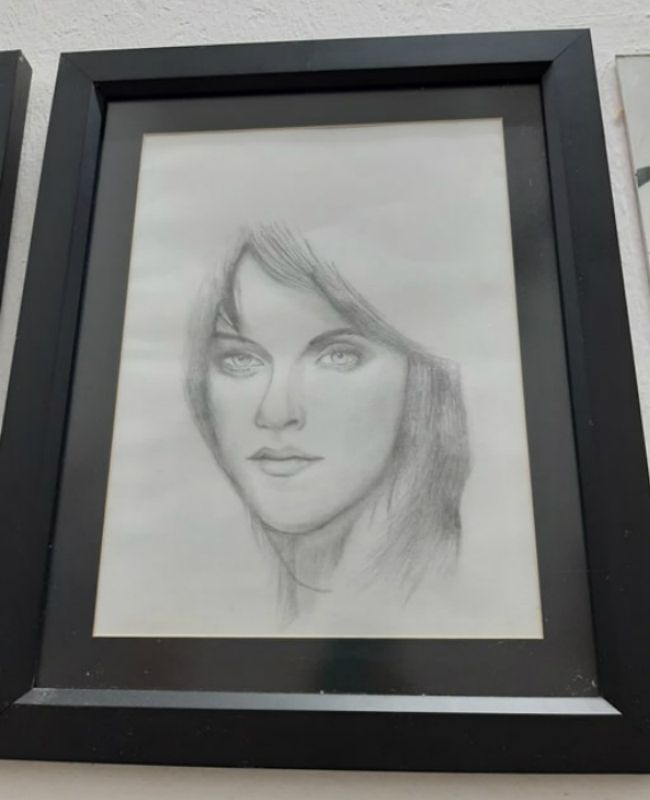 Once he was fully equipped, the Negeri Sembilan native set himself on a mission to attempt his first couple of portraits.

The “Jungle Cat” drew two of his favorite actresses at that time – Kristen Stewart, who portrayed Bella Swan for the fantasy romance movie franchise Twilight, and Chloë Moretz, who is best known for her role in the superhero flick Kick-Ass.

Even though he drew those portraits nearly a decade ago, those masterpieces are still two of his favorite works to date.

“It took me a couple of weeks to finish them, and up to this day, they remain some of the pieces I love the most. My dad even framed those up for me,” he proudly says.

During this time, Aiman was also beginning to build his athletic career.

He was developing his skills in “the sweet science” and competing in boxing matches, all while attending high school.

The “Jungle Cat” still managed to squeeze in some time to draw, especially during the evenings or during the night when his schedule was freed up.

However, once he graduated, Aiman invested less time in drawing and poured all of his energy into mixed martial arts.

“I never had the intention to make [drawing] my ambition because I got good at boxing, and soon, I discovered mixed martial arts and my mind was just stuck on to it,” he explains. 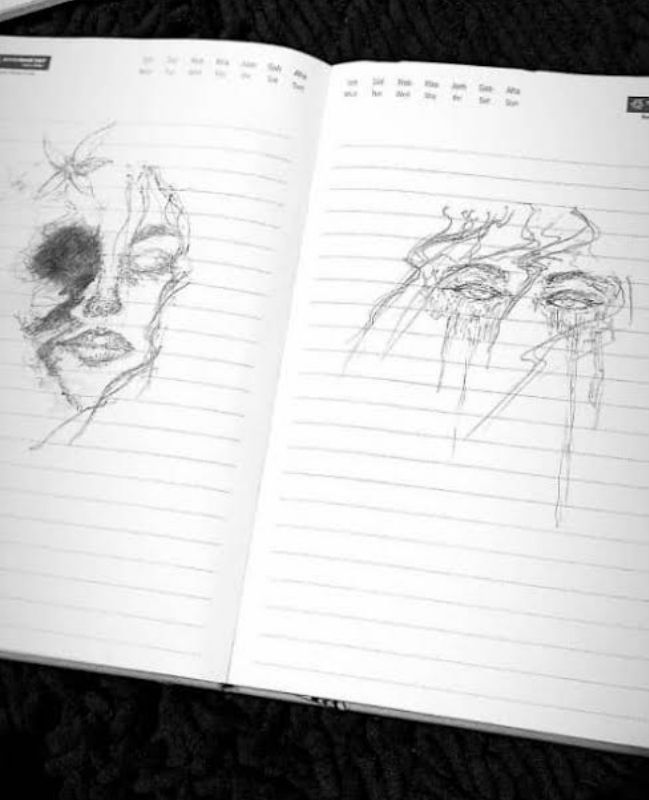 Drawing was soon put aside completely as he focused on his burgeoning athletic career, which saw him join ONE Championship and move to Indonesia so he could perfect his craft at Bali MMA.

Though he is one of Malaysia’s brightest stars in The Home Of Martial Arts, he has experienced some difficult ordeals and has suffered a few injuries.

That has certainly impacted Aiman on a personal level and for a long while, he felt like he did not have an avenue to properly vent his frustrations.

Fortunately, he reminisced on the past and remembered how he dealt with these types of situations. With that in mind, he whipped out his sketchbook and pencils one evening in Bali.

This marked the first time he drew in two years.

“I’ve been going through a lot of stuff recently, and then there were a couple of injuries, so it was just hard because I was losing my mind. I’ve had a lot of things on my mind, and I just didn’t know how to express it,” he explains.

“Now, it has really helped me again. I also recently met this girl, and she has been telling me that I should draw more. My focus is still on portraits, but I’ve also attempted drawing flowers and sceneries here in Bali.

“I guess it’s the perfect therapy for me now. Who knew that an old hobby I used to like so much is now one of the best ways I keep my mind at ease after training?”

Aiman may have dropped the pencil a few years ago, but now, it doesn’t sound like he will let it leave his hand again any time soon.