“The Boxing Computer” Yodsanklai IWE Fairtex is one of the favorites to win the $1 million ONE Featherweight Kickboxing World Grand Prix, but Samy “AK47” Sana believes he can upset the odds in Singapore.

The 30-year-old Frenchman is familiar with his upcoming opponent having run him close in a Muay Thai bout in Bangkok in 2013 that went all the way to the judges’ scorecards.

Sana lost a decision on that day, but he is thrilled to have the opportunity to face off against him again at ONE: ENTER THE DRAGON on Friday, 17 May.

Who will prevail in this epic clash of heavy hitters Yodsanklai and Samy Sana on 17 May?

Who will prevail in this epic clash of heavy hitters Yodsanklai and Samy Sana on 17 May?Singapore | 17 May | 7:00PM | Watch on the ONE Super App: http://bit.ly/ONESuperApp | TV: Check local listings for global broadcast | Tickets: http://bit.ly/onedragon19

“I fought Yodsanklai already. It’s a rematch that I wanted so I’m happy with it,” says Sana.

“Anybody I could face in this tournament would be very strong as they are all considered the best in the world. Each opponent would be different, but I have prepared well for Yodsanklai.”

Sana’s opponent is riding a phenomenal win streak that began in 2012, and he has added to it in ONE Super Series with three consecutive victories, including a pair of knockouts. This run of form has made him one of the frontrunners for the tournament crown – even in this stacked bracket.

However, “AK47” is no also-ran. He has improved as a martial artist since their first contest, pushed his phenomenal record to 133-9-1, and claimed the A1 and WBC Muay Thai World Titles.

With that in mind, the Paris native is far more confident he can earn the biggest win of his career in the Singapore Indoor Stadium.

Flashy French striker Samy Sana's next challenge ▶ the legendary Yodsanklai as part of the ONE Featherweight Kickboxing World Grand Prix!

“I know him, and he knows me, but that was nearly seven years ago, and a lot has changed,” explains Sana.

“I was younger and less experienced. Now I have fought with many great fighters around the world. It has changed my mentality and given me a stronger mind.

“I also have more power to win this match than I had before, and it is not in Thailand, so that gives me a better chance.”

Sana also relishes the chance to take on the legendary two-division Lumpinee Stadium Muay Thai World Champion for another reason.

Most of Yodsanklai’s orthodox opponents have difficulty with his punishing left kick and powerful left hand, which he throws from a southpaw stance.

However, the Phénix Muaythai Paris representative is confident that his own skill set will be the perfect antidote for the Thai superstar’s most dangerous weapons. 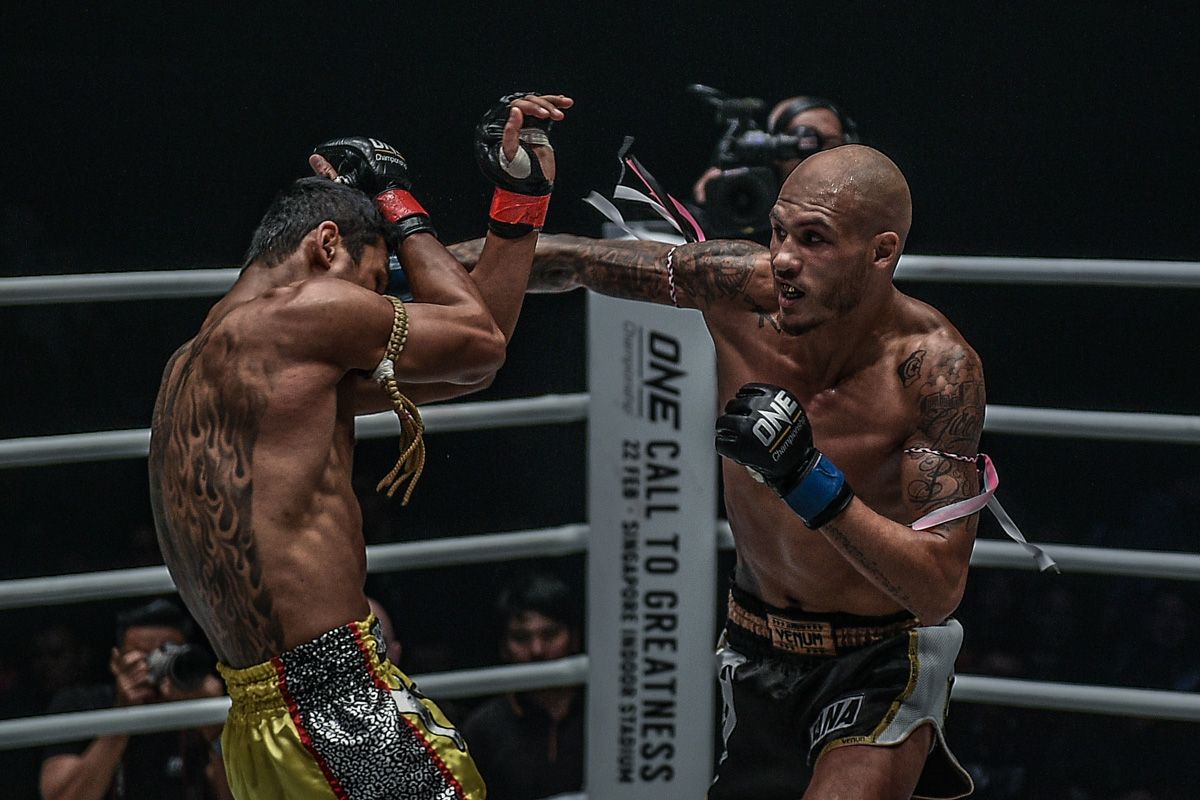 “It’s a long time since I fought a southpaw, but I like to because it opens up my power,” states “AK47.”

“All my power is on the right side, so they’re in the right place for me. I trained a lot for those techniques, and I think they will work well.”

Sana showed how dangerous he can be in his last victory on the global stage for martial arts when he dropped Armen Petrosyan to the canvas on his way to a win via a wide unanimous decision.

Yodsanklai is also wary of his rival’s big height and reach advantage, as well as the difficulty he poses with his aggressive style, but he has tailored his training to prepare for that and the kickboxing rules of the World Grand Prix.

With that said, “AK47” is not only confident he can defeat the Thai icon – he plans to progress to the semifinals in style.

“I want to win this by knockout,” he adds.