Samy “AK47” Sana put on a fantastic performance at ONE: CONQUEST OF CHAMPIONS to leave Manila, Philippines with an impressive ONE Super Series victory.

The French Muay Thai ace faced off against Italy’s Armen Petrosyan in a 73-kilogram catch weight kickboxing bout in the Mall Of Asia Arena on Friday, 23 November.

Sana, a WBC and A1 Muay Thai World Champion, produced a nerveless display as he showed his ability to switch from his usual Muay Thai style to western kickboxing rules and defeat a highly-respected veteran.

Samy Sana puts on a kickboxing clinic to claim a unanimous decision victory over Armen Petrosyan in ONE Super Series!

Samy Sana puts on a kickboxing clinic to claim a unanimous decision victory over Armen Petrosyan in ONE Super Series!Watch the full event LIVE & FREE on the ONE Super App ???? http://bit.ly/ONESuperApp | TV: Check local listings for global broadcast

After a couple of moments when his desire to strike from the clinch almost got the better of him, Sana settled quickly and landed the decisive shots of the opening round.

The 29-year-old Parisian connected with a solid right hand that upset Petrosyan’s equilibrium, and then followed up with another right that sent his opponent to the canvas.

Petrosyan, a WMTA World Super Welterweight Champion, looked to fend off the Frenchman with kicks, but “AK47” rounded off a 10-8 round with a look of defiance to show he was unfazed. 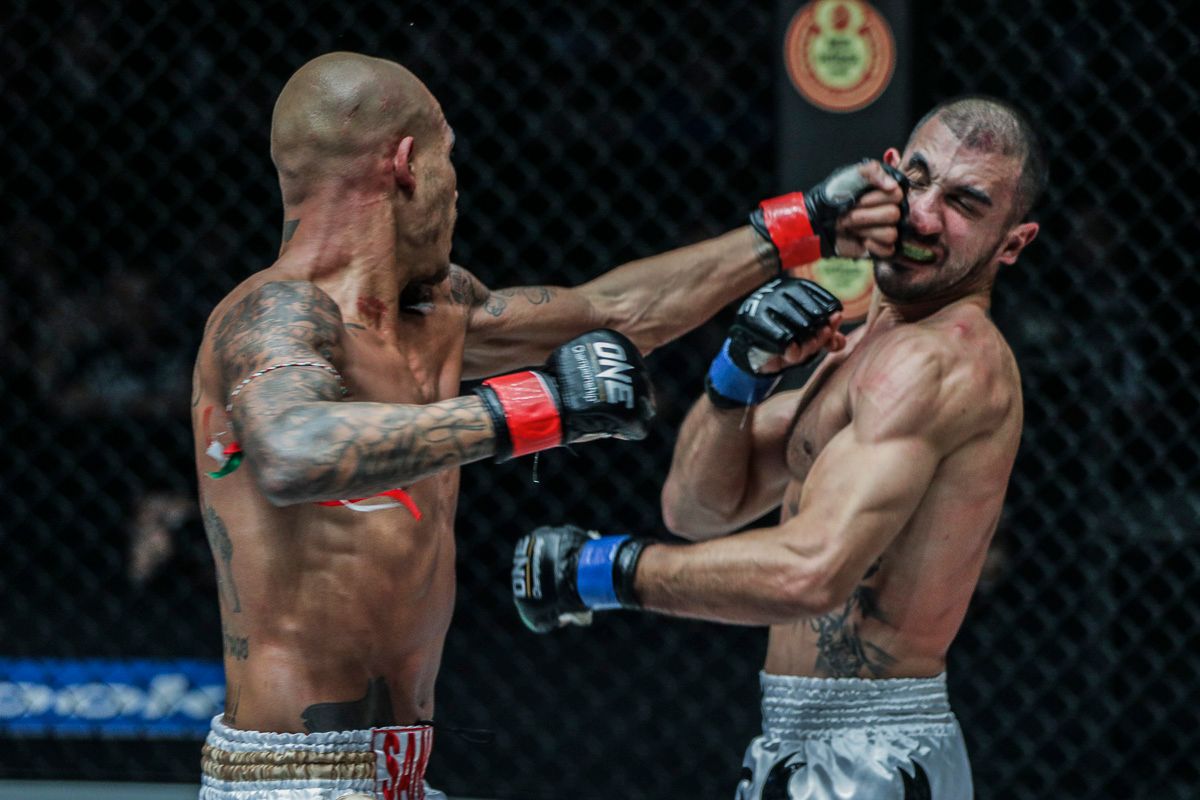 In the second frame, the 32-year-old Milan resident started to battle his way back into the contest, but Sana was still able to shade the majority of the exchanges with sharper strikes that kept his opponent off balance.

No doubt aware that he was behind on the scorecards heading into the final round, Petrosyan pushed forward and connected with a solid right hand almost immediately after the restart.

Nonetheless, Sana continued to walk forward and attempted a spinning hook kick as he continued to search for a spectacular finish.

However, the Frenchman could not end proceedings early, and he had to settle for a unanimous decision victory when the bout went to the judges’ scorecards. Sana picked up his first win in ONE Super Series and improved his impressive record to 133-8-1.