When Rodtang “Iron Man” Jitmuangnon returns to The Home of Martial Arts, fans know they are in for an unchained demonstration of Thailand’s ancient “art of eight limbs.”

The 21-year-old has delivered nothing but epic action in each of his three ONE Super Series contests, and he says he will bring more of the same when he competes in his homeland for the first time under the ONE Championship banner.

On Friday, 10 May, the two-time Omnoi Stadium World Champion make his premier performance at Bangkok’s Impact Arena on the main card of ONE: WARRIORS OF LIGHT.

Rodtang will go to battle against Kun Khmer Flyweight World Champion Sok Thy, who should be more than happy to stand toe-to-toe with his Thai rival.

However, the “Iron Man” is supremely confident ahead of this flyweight match. Jitmuangnon is just around the corner from the venue, and he believes that will give him a few crucial advantages.

“It’s exciting to fight at home. I’ll definitely have a hometown advantage, and it makes it easier with fight preparation – the stadium isn’t far from here,” he explains.

“The crowd is going to be amazing, I can’t wait to have all my friends there cheering me on.”

Though he will be motivated and perfectly prepared, Rodtang is wary of his opponent – one of Cambodia’s top athletes who is one of the few men who has a record that can compare with his rival’s.

Thy comes from a Kun Khmer background, and has built an overall martial arts record of 221-36-12, with more than half of his victories by way of knockout. He also boasts the distinction of being the first Cambodian to challenge for a Muay Thai World Title in Thailand. 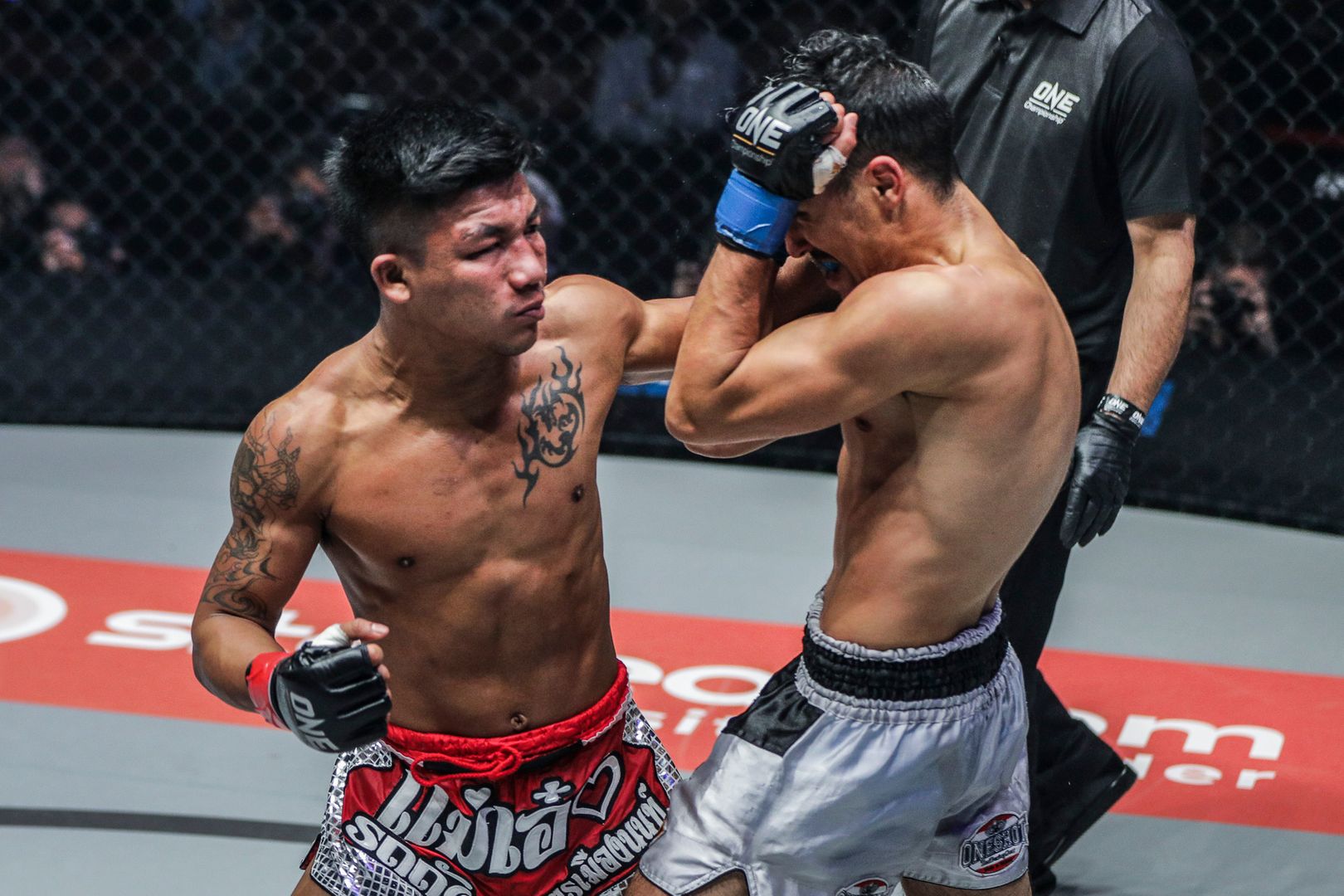 He has also shown he can hold his own with the very best in the world on the global stage for martial arts in two bouts against multiple-time World Champion “Mr. Lightning” Lerdsila Phuket Top Team that went all the way to the judges’ scorecards.

“I’m not going into this fight overconfident, he’s a tough challenger. He’s got a lot of skill and experience,” he says.

“He’s aggressive and has good punches too. You always have to watch out when competing in the small gloves.”

With that said, Rodtang has no intention of tempering his come-forward, aggressive style. The owner of 255 wins as a professional has barely taken a backward step in The Home Of Martial Arts, and he is not about to start now.

In his last contest, he absorbed everything Hakim Hamech threw his way, but won by overwhelming his rival with a non-stop attack. Despite his impressive display, he admitted he was not happy with his performance because of an injury, but now he is at full strength, and the “Iron Man” thinks he can put on a show.

“I won’t be going into this fight with a game plan. It doesn’t matter who my opponent is, I fight with my own style!”

A win over Thy would bring his win tally to four as a ONE athlete – a total that will only be matched by his compatriots Nong-O Gaiyanghadao and “The Baby Shark” Petchdam Petchdyindee Academy if they win in the main and co-main events, respectively on 10 May.

With such an outstanding record, he believes he could be in the running to challenge the winner of Sam-A Gaiyanghadao and Jonathan “The General” Haggerty’s ONE Flyweight Muay Thai World Title match at ONE: FOR HONOR next Friday, 3 May.

But Rodtang is not counting on that just yet. He vows to focus on defeating whichever martial artist stands in front of him, and he will give everything to put on an exciting performance, get his hand raised, and prove he is worthy of a chance to compete for his sport’s most prestigious prize. 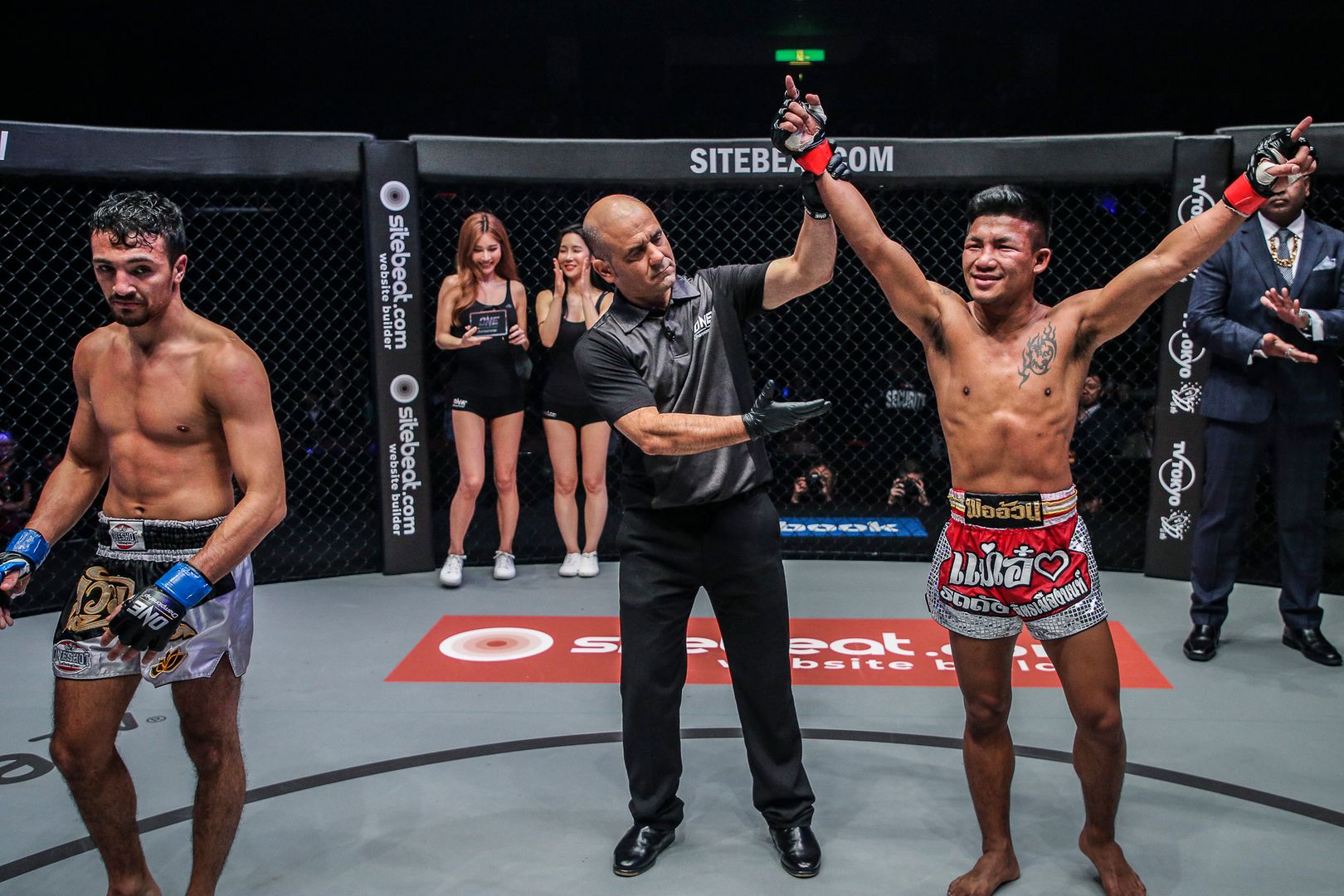 “At this level of the game, all my opponents are going to be exceptional. It doesn’t matter who, I have to be ready for anyone,” he says.

“It would be a dream come true to contest for a World Title with ONE Championship, and I will be working extra hard this fight to show my skills and earn my shot. I’m committed to making it a reality.

“This is for my future. I will be bringing my very best to Bangkok.”