Rodtang “The Iron Man” Jitmuangnon may be the reigning ONE Flyweight Muay Thai World Champion, but one belt is not enough for the hard-hitting superstar.

The Thai knockout artist has his eye on a second World Title, and he will officially begin the journey toward two-sport gold on Friday, 26 February.

That evening, Rodtang will make his kickboxing debut against Spanish striker Alejandro “El Puma” Rivas at ONE: FISTS OF FURY, and a victory at the Singapore Indoor Stadium could earn him a shot at the ONE Flyweight Kickboxing World Championship.

“That is a fighter’s dream,” Rodtang says.

“I earned the belt in Muay Thai, so I would like to try kickboxing in order to measure my potential, and to see if I can grab the belt or not. If I can do that, grabbing both belts would be a big pride for me and my family.”

So far, Rodtang has been invincible on the global stage, winning all eight of his promotional bouts and claiming the ONE Flyweight Muay Thai World Championship in the process.

Most recently, he defeated longtime rival Petchdam “The Baby Shark” Petchyindee Academy via majority decision in a trilogy bout.

Now, “The Iron Man” is switching gears to kickboxing and believes his skill set meshes perfectly with the sport.

“Why does my style fit with kickboxing? I think it’s because I am good at punching and I’m aggressive. I move forward without worrying about anything,” the 23-year-old offers.

“Elbow and knee attacks are not allowed in kickboxing, so I focus on accuracy. Punching and kicking are most important. That makes me think that kickboxing fits with my style.”

The Jitmuangnon Gym representative may possess the ideal style and prior experience to achieve success at the elite level, but first, he must get past a boulder that is blocking his path toward two-sport World Title glory.

Rivas, who will be making his ONE debut, is a WKPF Kickboxing Champion with a 20-4 professional record.

The 20-year-old Spaniard has fought all across the globe and even competed in the highly regarded K-1 organization, where he earned a victory over Japanese star Yuta Murakoshi.

Rodtang has scouted his opponent thoroughly, and he’s already come up with a strategy to avoid strong points and exploit holes.

“He is the type of person who can switch from attacking and bring his guard up very fast. He does it very, very fast. And also, his combinations [are sharp], which is my challenge,” the Thai megastar says.

“My plan is trying to stop him from doing what he can do well, so hitting him first immediately with a combo is a good idea. But I cannot do that without planning because, in kickboxing, he can score if his shots land on target, which is different from Muay Thai.”

Of course, Rodtang’s ultimate plan is to produce a highlight-reel moment that will awe the global fan base.

“I really want to knock him out, regardless of the round,” the Thai adds.

If Rodtang can indeed deliver the KO, he will turn his attention to the night’s main event, where ONE Flyweight Kickboxing World Champion Ilias “Tweety” Ennahachi will defend the gold against the division’s #2-ranked kickboxing contender, “The Kicking Machine” Superlek Kiatmoo9.

The Jitmuangnon Gym representative has a particular interest in this contest. He’s openly expressed his desire to challenge Ennahachi for the past year, while Superlek also happens to be the #1-ranked contender in the flyweight Muay Thai division.

For “The Iron Man,” it doesn’t matter who emerges victorious in the World Title fight – he just wants an opportunity to achieve his dream of two-sport glory.

“I’ll just wait to see who the winner will be, and I will challenge that person for the belt,” the Thai superstar says.

“If my fight goes well, I will bring it to Mr. Chatri [Sityodtong’s] attention. I need to get a win for a chance to challenge the champion.”

It’s clear that 26 February will be one of the most important nights in Rodtang’s career. If all indeed goes to plan, he’ll be well on his way to becoming “Roddy Two Belts.” 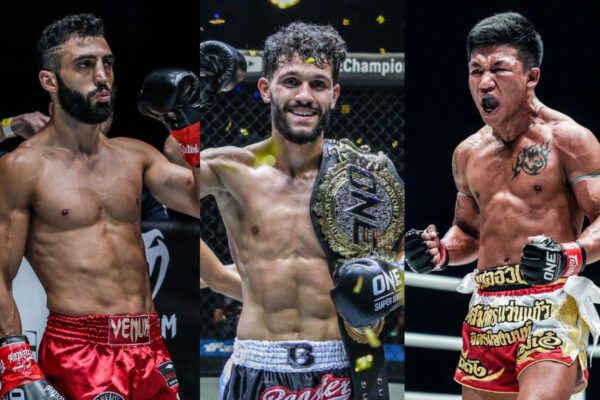 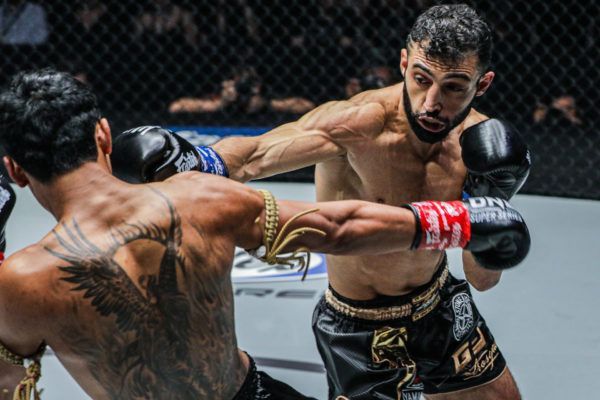